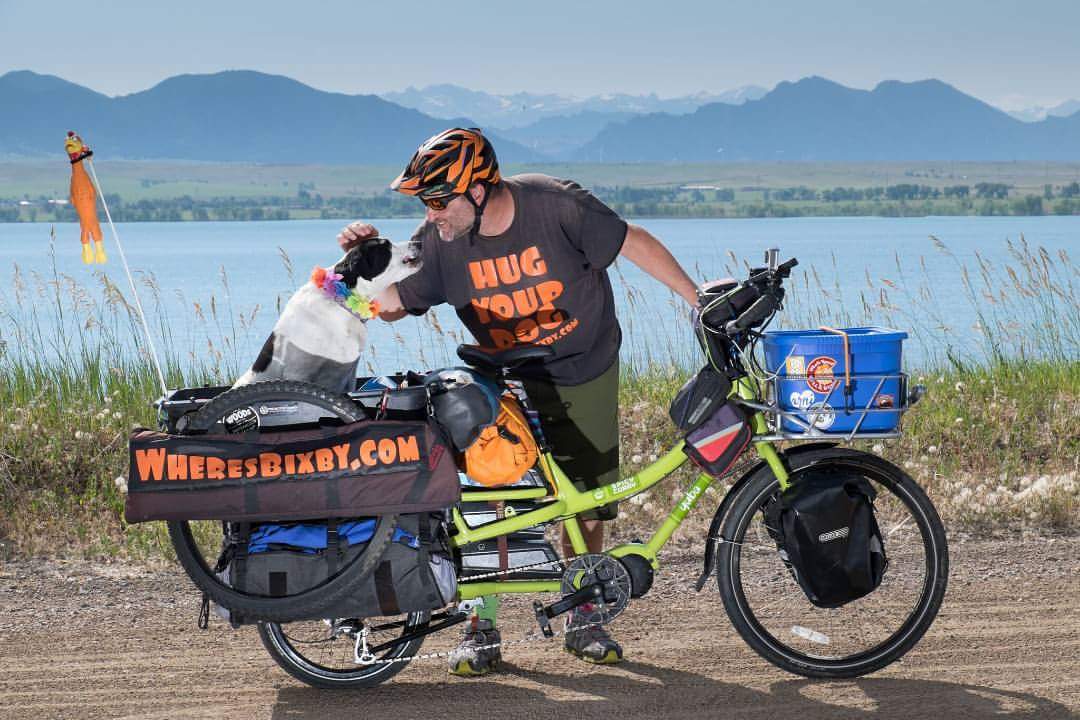 Anyone who has adopted a pet can tell you what a rewarding experience it is. Knowing that you’re saving a life is a pretty amazing feeling, but the love received in return from a pet who has been given a second chance is a feeling that cannot be described.

Pet adoption has become a more mainstream choice when looking for a new furry family member — especially as more become aware of the connection between  puppy mills and pet stores or online pet sales — but that doesn’t mean the struggle to end pet homelessness is over. Every year in the U.S., approximately 2.7 million pets are still being euthanized in shelters. Most of these pets are perfectly healthy, losing their lives simply because they don’t have a home.

From creative campaigns to rolling out unique and clever adoption programs, people are dedicated to doing everything they can to help adoptable pets find the homes they deserve. But one man decided to take his mission to the next level.  Embarking on the adventure of a lifetime, Mike and his furry sidekick Bixby are traveling across the United States — on a customized electric bike complete with a special seat for his lucky pup — to spread the word about pet adoption and the plight of animals in shelters.

The Dog Who Changed Everything 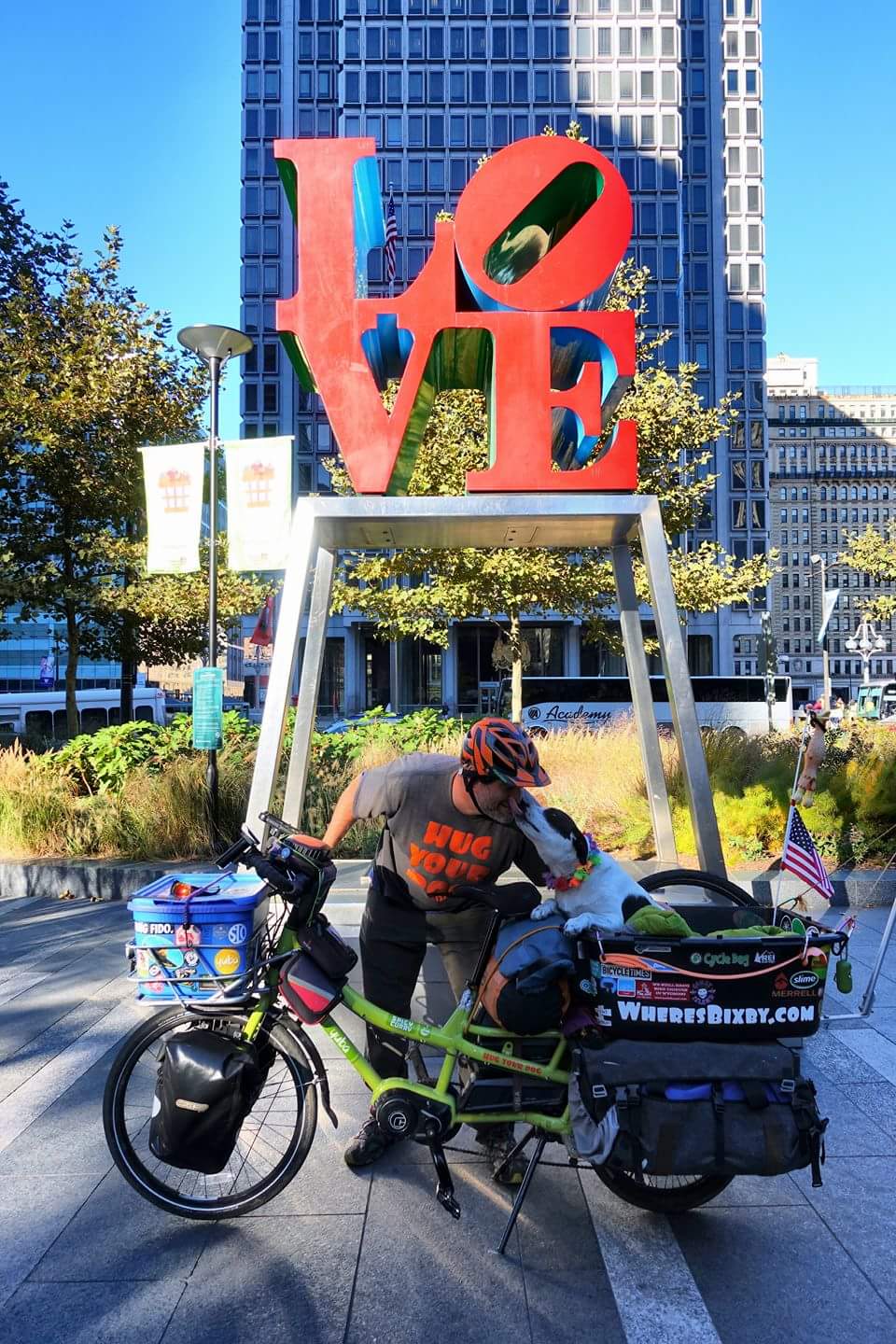 This incredible adventure began when Mike Minnick visited an animal shelter in Austin, Texas. According to Mike, sweet Bixby walked right up to him, then looked into his eyes with her chin rested against his knee. How could anyone say “no” to that level of cuteness? It’s obvious she wanted him to be her human. After adopting Bixby, Mike decided to pursue his love of exploring new places. With his faithful companion by his side, he set out in his truck to embark on a new adventure.

After a few years of traveling and visiting new places, they ended up stranded in a small town, where they just happened to meet two brothers who were traveling the country on bicycles and making a documentary about it. Feeling inspired, Mike purchased a cargo bike and the two hit the road with a new mission: To spread the word about the plight of animals in shelters, and encourage people to adopt.

The Road Trip of a Lifetime 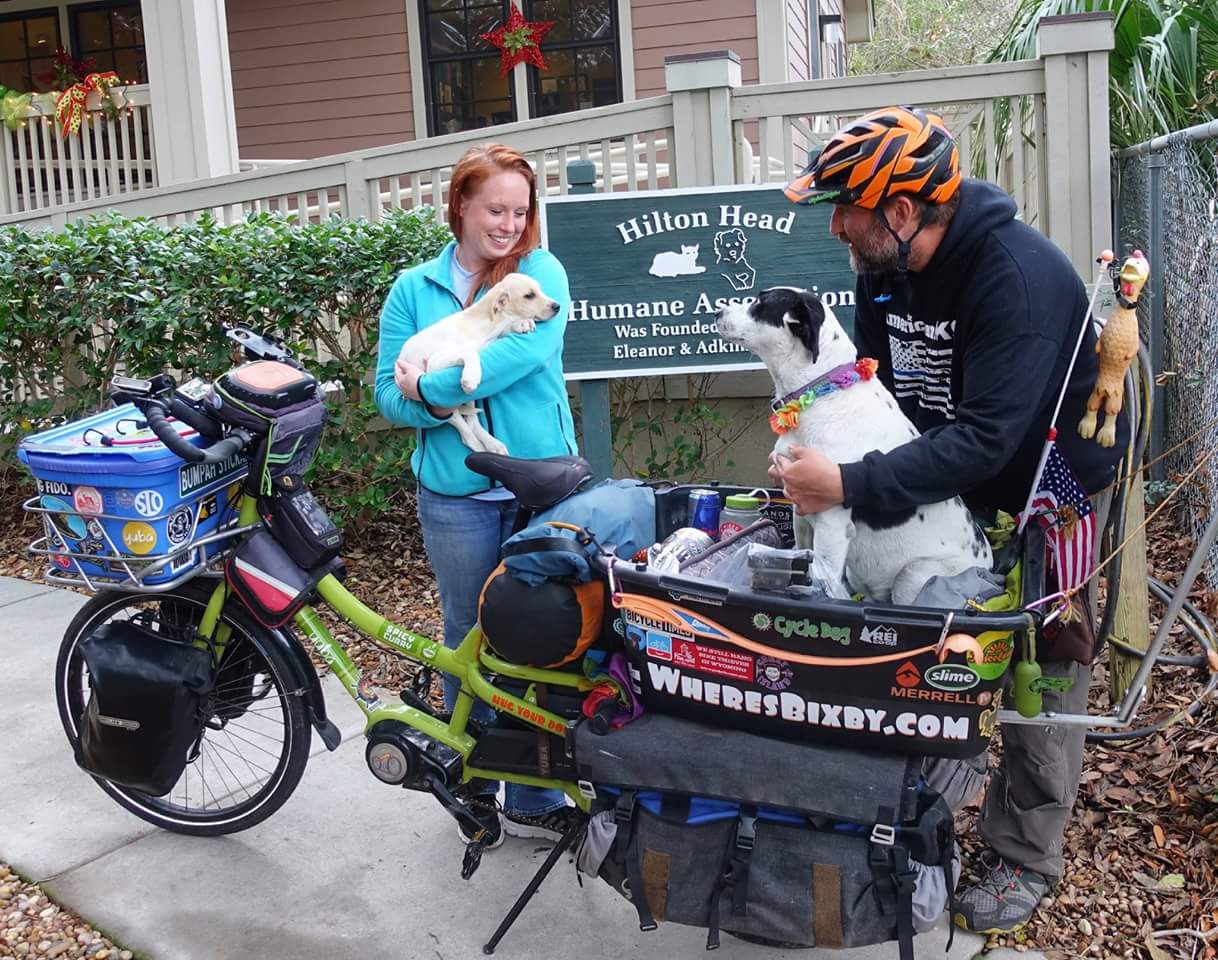 Over the past three years, Mike and Bixby have traveled to 31 states, racking up an impressive 19,000 miles and visits to over 150 animal shelters. Each visit presents them with the opportunity to help educate people not only about adoption but also the struggles many shelters face, especially those in smaller cities or rural areas that might not receive as much funding as the shelters in the larger cities. Several of the shelters they’ve visited are featured on their website and Facebook page, allowing people to see how hard shelter staff members work to make a difference in the lives of animals.

You can follow Bixby and her human’s incredible adventure on their website and social media, where you’ll be more than inspired to create your own adventure with your favorite furry friend. And don’t forget to check out their Hug Your Dog Facebook page, which is filled with inspiring stories from people whose lives were forever changed by the animals they adopted.

Create Your Own Adventure 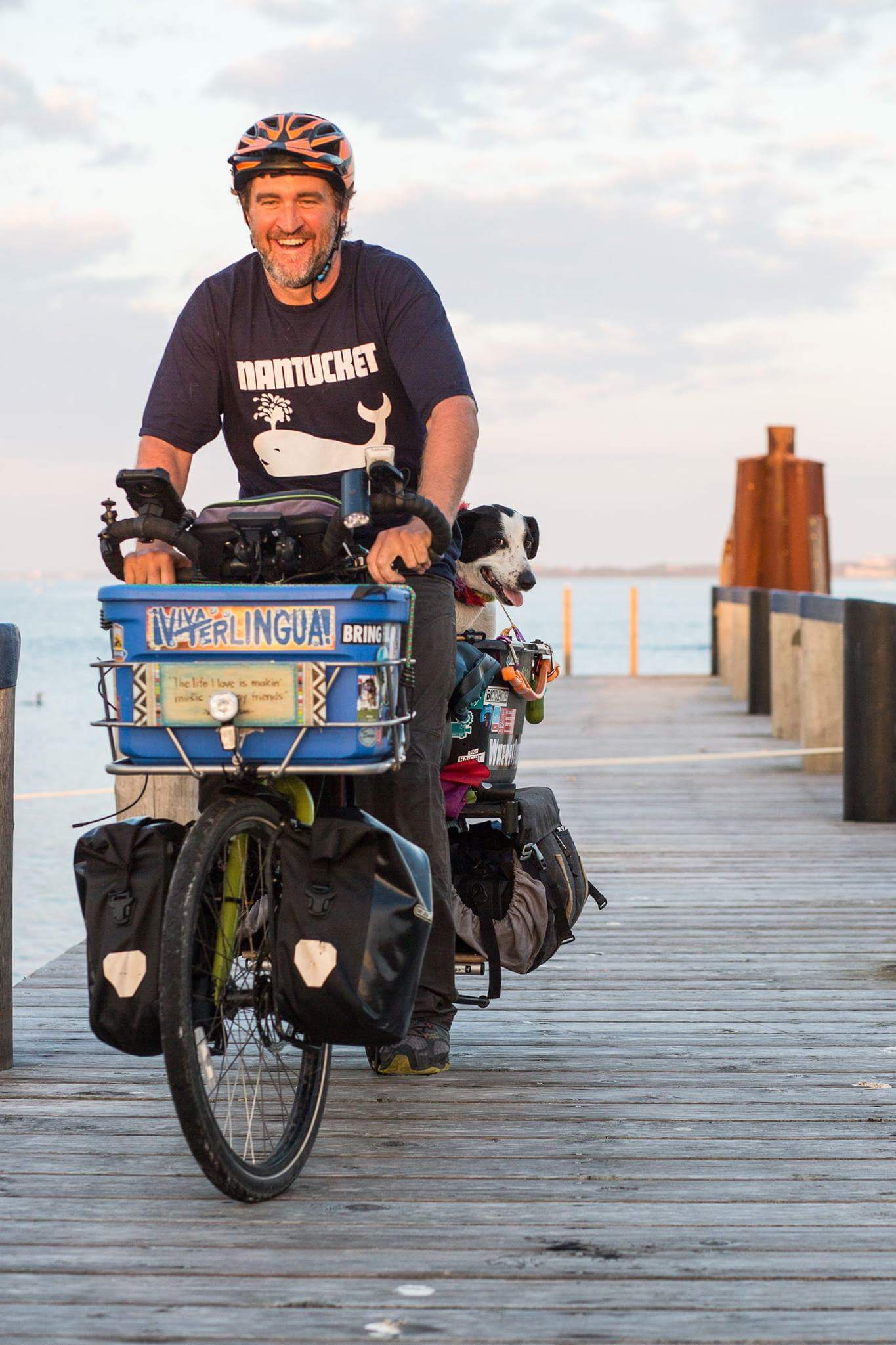 Not everyone is able to bike across the country with their dog, but you can still make a difference for animals in shelters — and it’s easier than you think. Adopting your next pet from a shelter or rescue organization gives a homeless animal a chance to have a loving home. You can find pets of all ages, breed, and size at your local shelter (yes, even purebred dogs),  it just takes a bit of searching on your part.

If you’re not able to adopt, you can help homeless pets by donating, or by volunteering at your local animal shelter. Duties might include helping to clean cages and feed animals, playing with cuddly cats and taking energetic pups on a much-needed walk. It’s a great way to have a hands-on experience while helping animals at the same time.

You can also open your home and your heart by offering it to foster an animal while they wait for their forever home. Some people are afraid to foster because they fear it will be too hard to see the animal go, but when you foster you are helping two animals: the one you have welcomed into your home and the one that can be saved because you helped open a space at the shelter.

As Bixby and her human show us, we can all make a difference. And life is much better with your best friend by your side.