How Can We Make Sure Montreal’s Cruel Rodeo Doesn’t Happen Again? 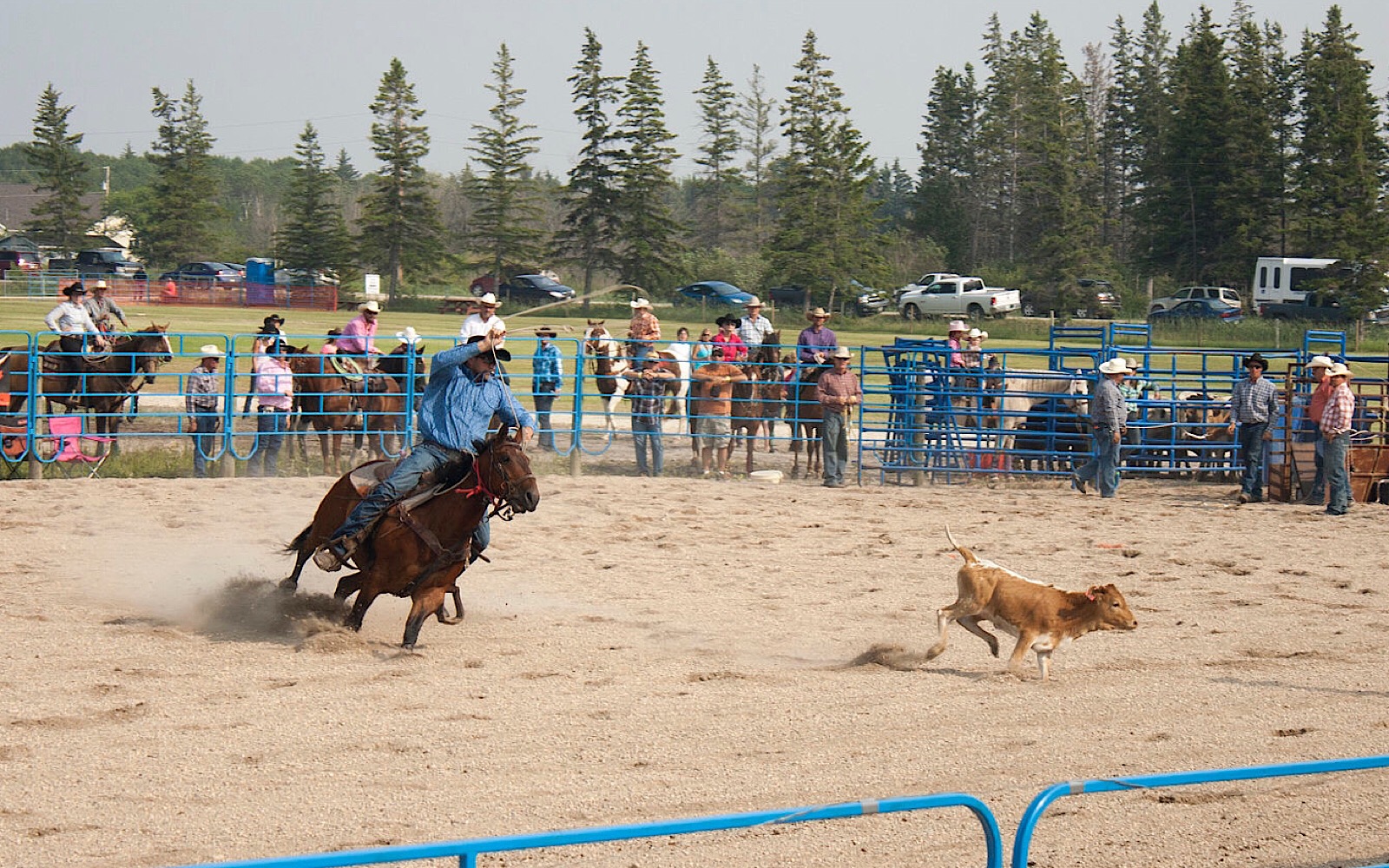 Using animals for entertainment serves no purpose other than monetary gain. Characterized as mere items to be used and discarded as one sees fit, their lives and well-being are given little value or consideration. Human entertainment at the expense of non-human animals is outdated and, quite frankly, barbaric. Take for instance the rodeo – an event that undoubtedly causes undue pain and suffering to the horses and bulls forced to perform in this brutal spectacle. It is difficult to imagine that events such as these are still allowed to happen, and furthermore that they still draw a crowd.

Montreal Canada’s 375th-anniversary celebrations included an urban rodeo despite vast uproar from the animal rights community. It took place from August 24th to the 27th in the city’s old port – an area filled with charm and tradition. There is nothing traditional about a rodeo. It has been marked as the first of its kind. Let’s ensure that it will be the last.

Say No to Rodeo

The small Quebec village of St-Tite has hosted a rodeo for the last 50 years, drawing massive crowds. It has now gained stature since becoming the second largest rodeo in Canada after the Calgary Stampede. The management company responsible for the St-Tite rodeos organized Montreal’s urban rodeo as part of the city’s anniversary celebrations.

Mayor Denis Coderre believed such an event would introduce “a bit of country” into the festivities. He saw no reason for concern when it came to the welfare of the animal performers. Just a few months ago, there was a horrific tragedy at St-Tite’s rodeo – a six-year-old bucking horse named Grady suddenly fell to his death after ejecting his rider. The cause was most likely a spinal injury that may have resulted from a predetermined condition that was missed or left untreated.

For a few minutes of so-called entertainment, Grady paid with his life. Was his life worth the price of an admission ticket? 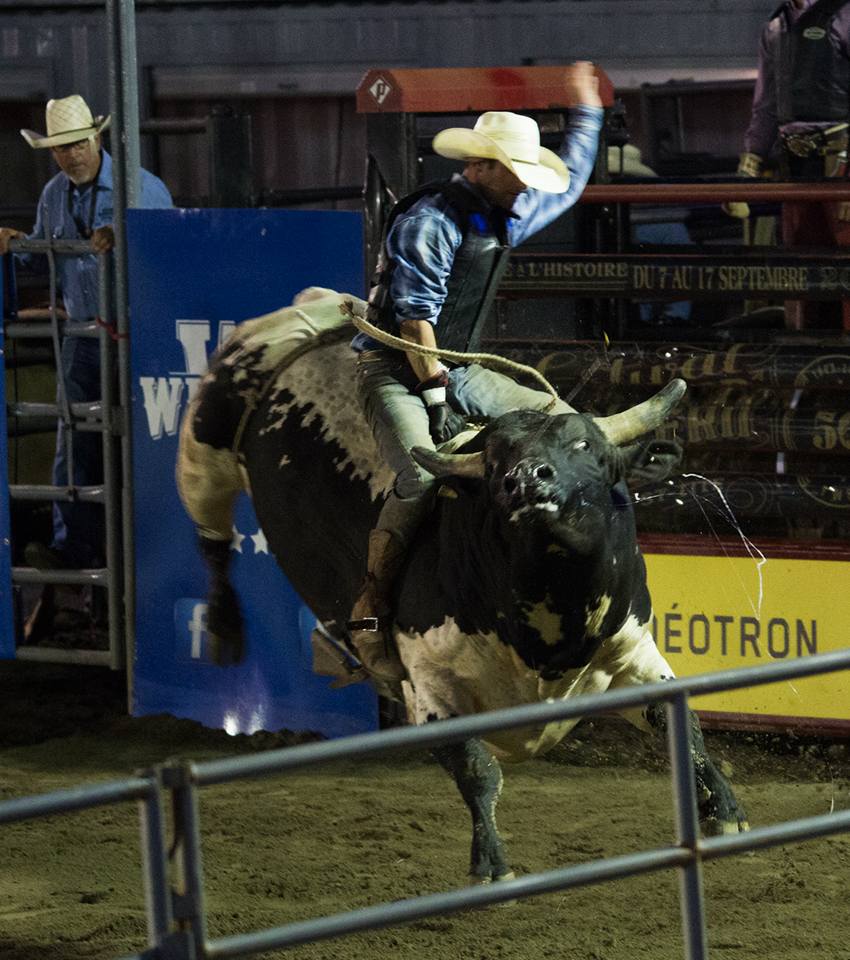 Not long after Grady’s death, a group of law students and their professor from the University of Montreal took matters into their own hands and filed an injunction to stop the rodeo from occurring. They brought their case to court on the grounds that the activities constituted animal cruelty pure and simple. Unfortunately, it was canceled in June after the rodeo organizers threatened legal action against the group. Although the injunction was removed, an agreement was reached between the legal team and the organizers of the rodeo.

In a way, success was achieved since a new animal welfare oversight committee was created with the purpose of monitoring all rodeos in Quebec, including Montreal’s event. On the committee are three animal rights experts, three representatives from the rodeo industry, and two individuals from Quebec’s agriculture, fisheries and food ministry (MAPAQ). This settlement essentially allows the legal group to select an independent veterinarian and an animal behaviorist to examine the animal participants before and after a rodeo.

How Can We Stop the Rodeo From Happening Again? 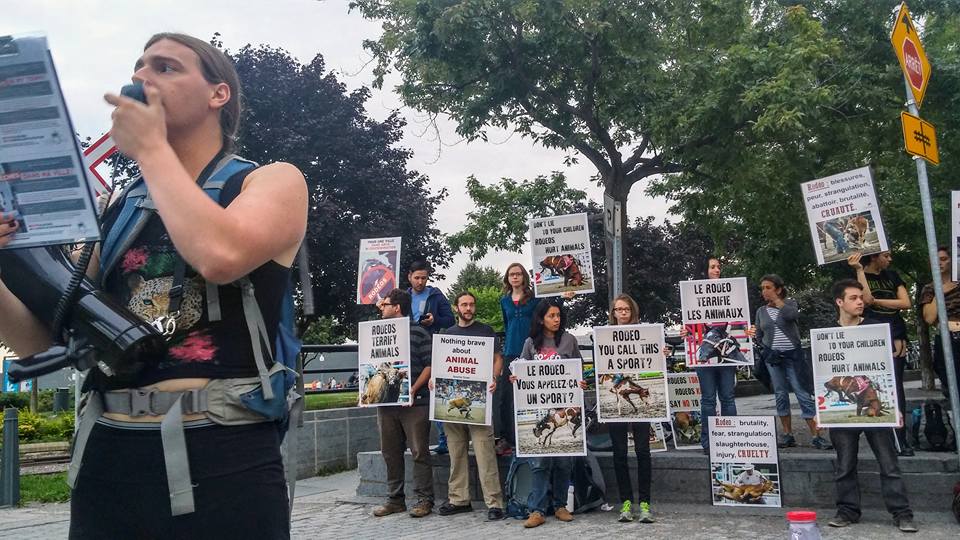 As I wrote this article, I looked at the news reports and photographs of protesters outside of the rodeo in Montreal. Their determination was inspirational. Their strength and resilience to stand up for what is right should be a reminder to all – animals are not here for us to use and exploit for our own entertainment. The rodeo is cruel and causes unnecessary suffering to sentient beings, who if given the choice, would much rather be grazing in a pasture surrounded by their own kind. Let us ensure that the trend of urban rodeos in Quebec (and all over the world) does not continue. Let us ensure that Montreal’s rodeo will be its last. Be a voice for the voiceless. Educate yourself and others about the realities behind rodeos. Do not support industries that only see animals as moneymaking machines. Sign and share the Montreal SPCA’s petition and say no to the rodeo.