Rescued Battery Hen Shows the World Chickens Are as Intelligent as Cows, Pigs, Dogs, and Even Humans 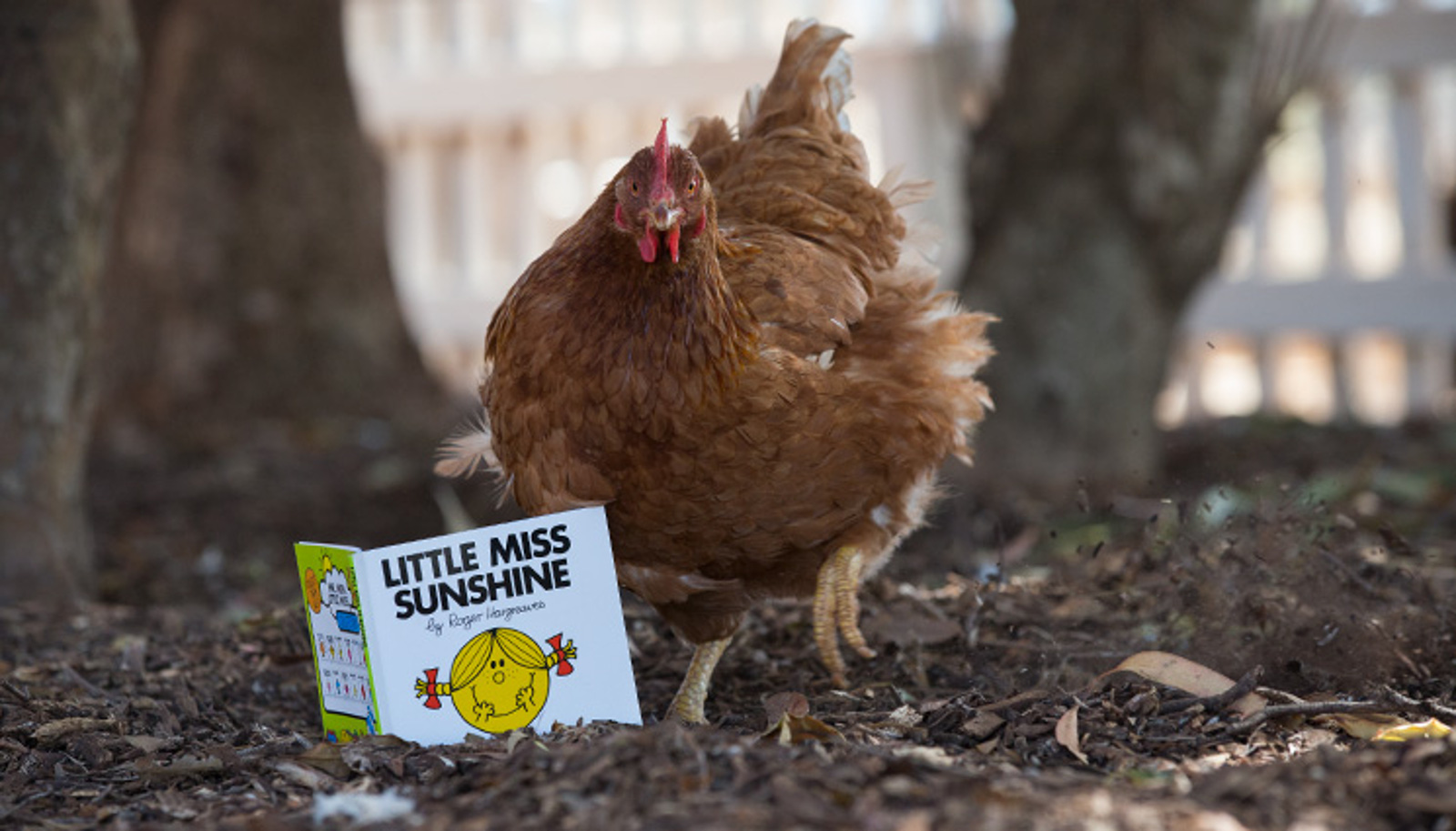 Having spent the first 18 months of her life confined to the a tiny battery cage in an industrial egg laying farm, Little Miss Sunshine’s life took a surprising turn when the farmer decided to throw the towel in on his exploitative chicken business, and instead let all 1,081 chickens swap life inside a cage, for the freedom of Edgar’s Mission Farm Animal Sanctuary.

Not many people take the time to think about the billions of chickens who are currently spending day after day in tiny cages, unable to spread their wings, feel the sun on their backs, or the dirt beneath their feet. In addition to this, they certainly don’t consider how each one of these magnificent creatures is actually an intelligent, thoughtful individual with a shining personality. Little Miss Sunshine’s story has helped to bring this issue to mainstream attention, and highlight the fact that each and every hen deserves to be free to experience all the joys of life.

From Battery Cage to TV Star

Little Miss Sunshine’s journey from battery cage to TV star has been an inspiring and educational one, not least because we have been able to see what a bright and beautiful personality this special little hen has. Had the farmer not turned his back on the egg industry, she would have been destined for the slaughterhouse, and no one would have ever gotten to see her special spark and zest for learning. 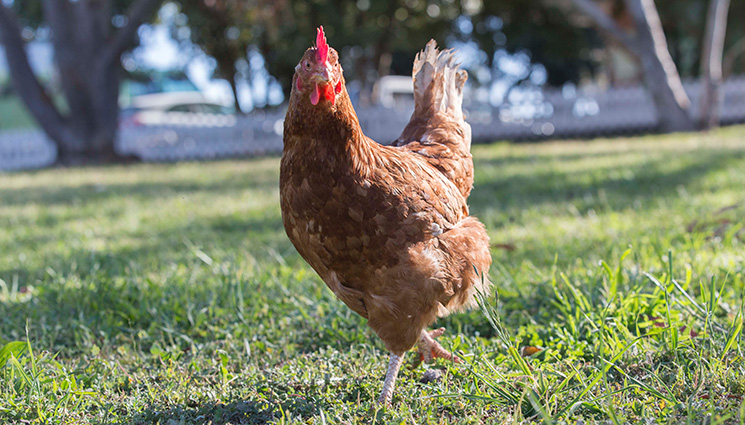 After arriving at Edgar’s Mission, she noticed that one of her fellow rescued hens, Marilyn Monroe, was receiving special treatment from Paula, one of the carers. Her inquisitive nature led her to jump up outside the window to watch what was going on inside. Marilyn was being trained, in exactly the same way you would train your dog, in order to educate people about just how clever hens really are. After incessantly watching time and again, and following them back and forth across the window, Little Miss Sunshine was finally given her chance to shine. 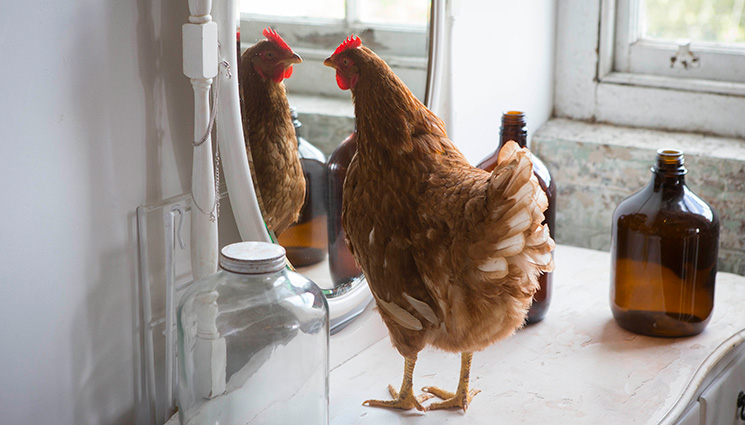 More Intelligent Than You’d Have Thought

If you’ve ever watched an episode of Little Miss Sunshine Bird Brain (her very own TV program on the Edgar’s Mission bolg) you’ll have seen how much she loves playing games. Hens are extremely intelligent, and research has shown that hens possess certain perception and memory skills that beat those of other, supposedly more intelligent farmyard and domesticated animals, as well as human toddlers. 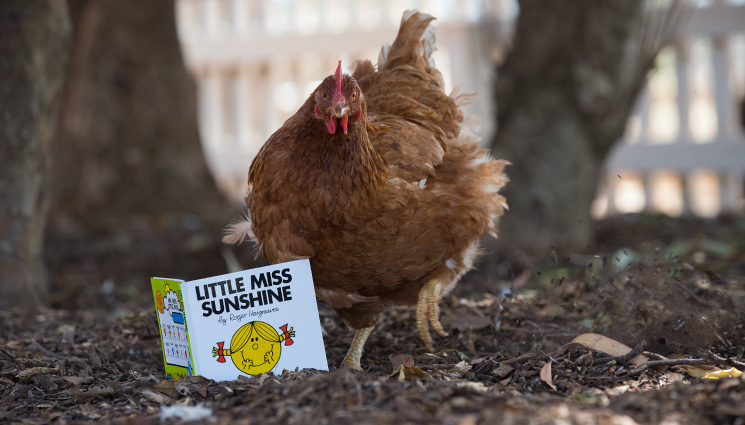 Little Miss Sunshine was able to pick out a chicken picture time and again from a jumbled farmyard lineup, knows when an object has been taken away and should be there, and can ring a doorbell before entering the room, showing an impressive array of perceptive processes. 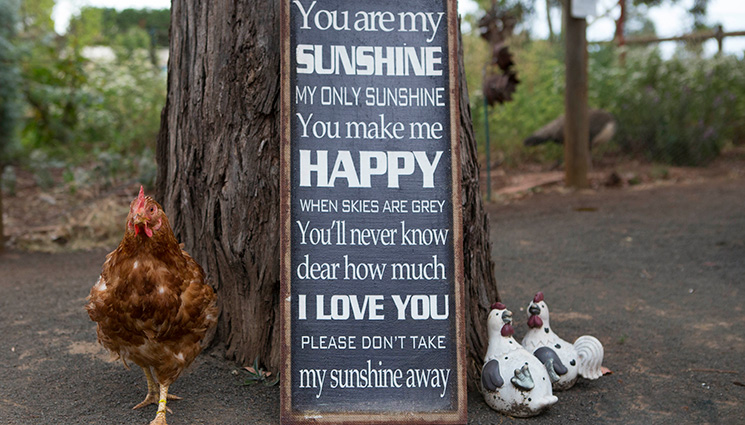 As clever and loveable as Little Miss Sunshine is (and she really is!),  she is no different from any other hen the world over. Each one is as charming and intelligent as her, but unfortunately we never get the chance to see this as the vast majority are confined to farms, destined to end up on somebodies plate. 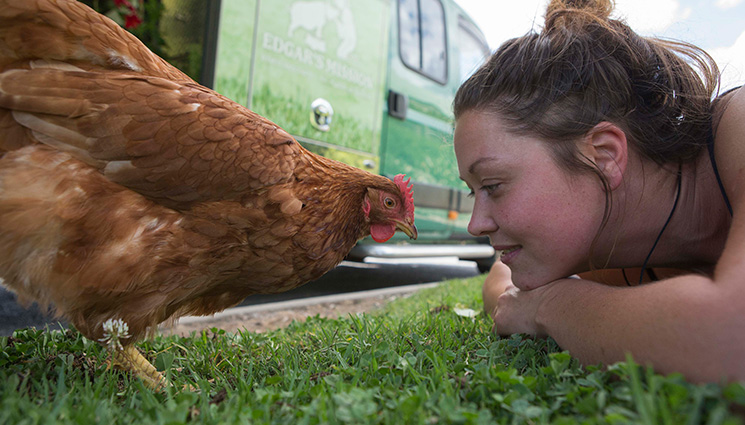 If Little Miss Sunshine has helped to change your perception on hens, please consider what her life would have been like had fate not intervened. Our desire for eggs and meat is forcing billions of chickens to suffer immensely each and every day, but there is another way. 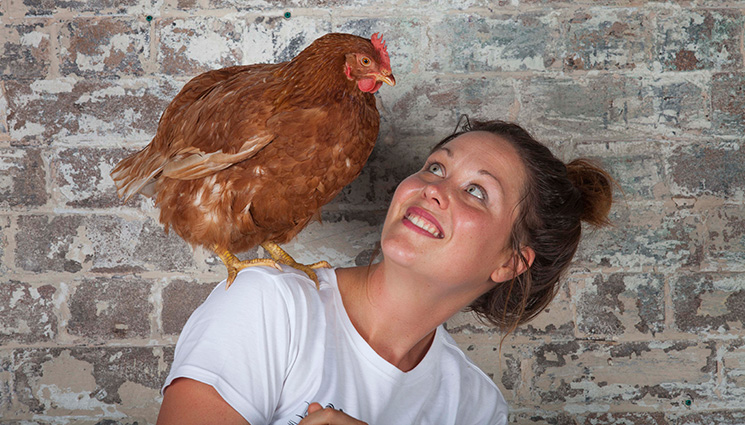 To quote the sanctuary that Little Miss Sunshine now calls home, “If we can live happy and healthy lives without harming others … why wouldn’t we?”

To see Little Miss Sunshine’s amazing intelligence in action, check out the video below!