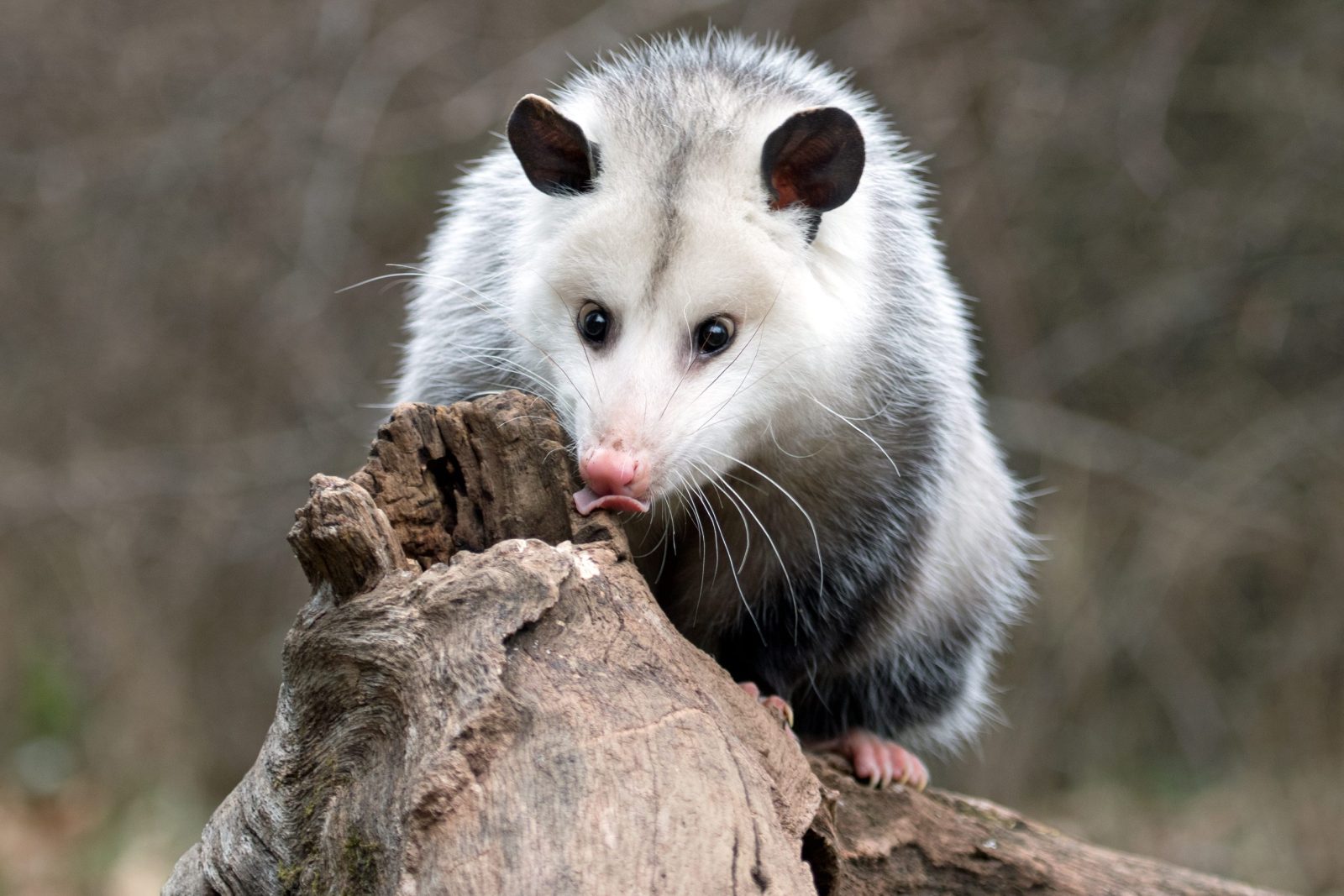 An adorable Virginia opossum named Kewpie is learning to walk again thanks to the first-ever custom wheelchair for their kind.

Kewpie was found in awful condition as a baby in London, Kentucky. The sweet opossum had been attacked by a cat, was missing an eye, and was anemic. Tonya Poindexter, a wildlife rehabilitation specialist and founder of the Wilderness Trail Wildlife Center in London, rescued the animal.

Poindexter nursed the opossum back to health, but four months ago, the poor Kewpie got an ear infection. Although the infection cleared, he was reportedly acting differently and was struggling to walk.

X-rays were done and showed signs of osteoporosis, scoliosis, and arthritis. Opossums, on average, live anywhere from two to four years, so Kewpie at age two is already approaching old age. However, Poindexter was determined to continue Kewpie’s life quality after he had such a rough start. So, she reached out to a New Hampshire animal mobility specialist called Walkin’ Pets, who took on the job of designing the first every custom opossum wheelchair.

The wheelchair has been extremely helpful to the Virginia opossum, and he has reclaimed his independence and loves to go on walks and zoom around on his fresh new wheels.

Unfortunately, opossums often have an undeserved reputation for being gross rodents. However, opossums are marsupials and the only marsupials in North America at that! Just like kangaroos, opossums carry their babies in their pouches.

They are truly remarkable animals with very strong immune systems, great adaptability, and they even use trickery to survive danger. They are quite helpful to humans as they eat garden pests, ticks, and venomous snakes because they are immune to the venom. Despite having a brain that’s only one-fifth the size of cats, opossums can remember where food is hidden better than dogs, cats, or rats.

Now, Kewpie “likes to go on his own adventures,” according to a Facebook post from the Trail Wildlife Center.

“He still has a lot to figure out about his new transportation, but he seems to already be getting the hang of it and knows that he can get to places much faster and without as much effort.”

Unfortunately, Kewpie’s release into the wild will not be possible because of his medical conditions. Still, we’re sure this little guy is getting mounds of love with his family at Wilderness Trail Wildlife Center.

Opossums should not be kept as pets, and it is important to remember that if you ever come across an opossum or wild animal, contact wildlife rehabilitation before touching them. Although opossums can be super cute and fluffy, they can also carry diseases. Sign this petition to end North Carolina’s cruel possum drop!