Rescued From a Well, Kauro the Orphan Elephant Takes Life by the Trunk (PHOTOS) 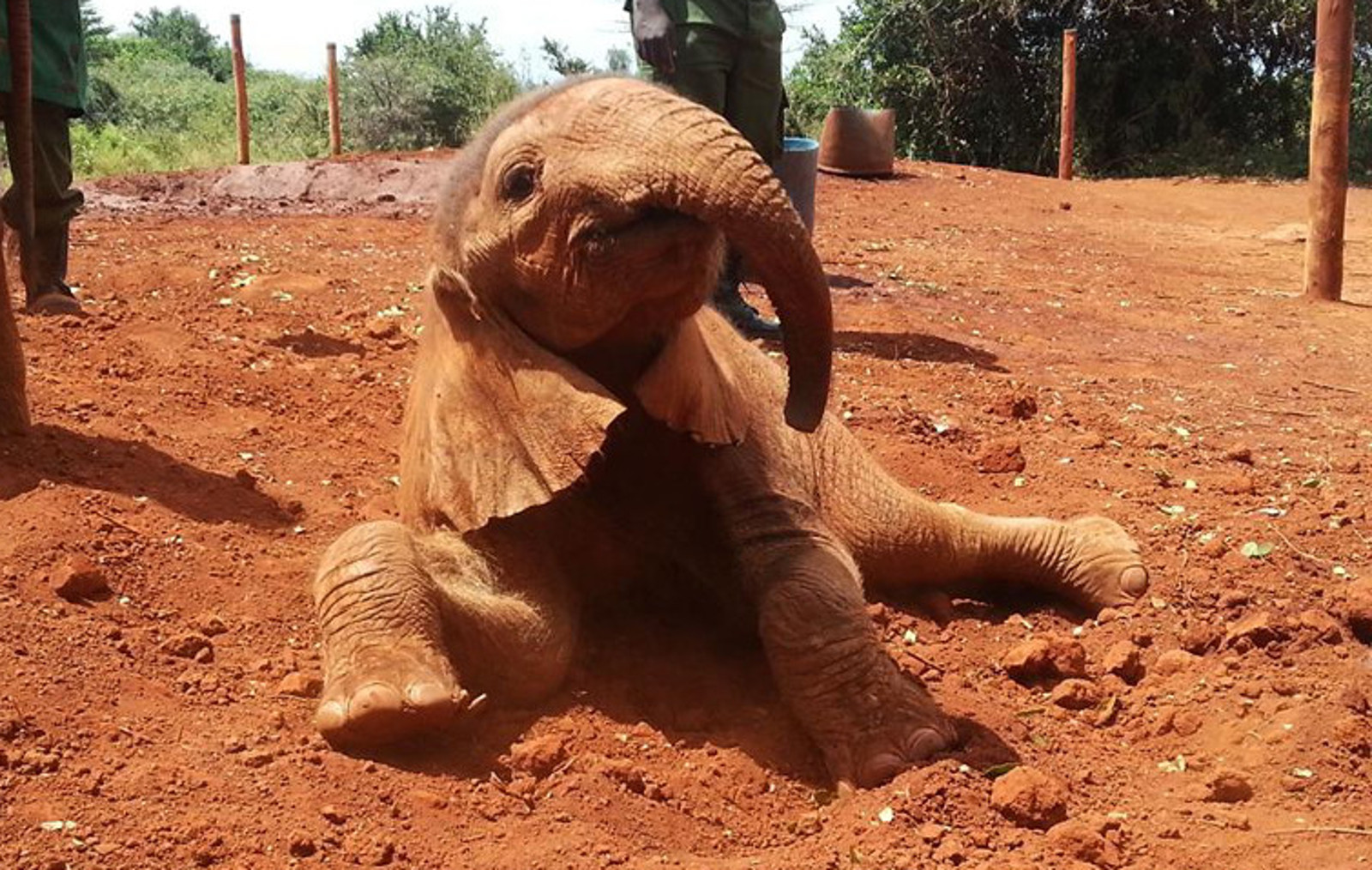 African elephants are disappearing from the face of the Earth faster than a mound of dust can dissipate across the barren plains of Nairobi, and the sad fact is this is occurring because of humans. Every year, between 35,000 and 50,000 African elephants are slaughtered by poachers for their ivory tusks.

While to a poacher, an elephant is worth more than its weight in gold, the rapid rate at which the African elephant is being destroyed bears a cost to the local ecosystem and our planet larger than  any living being will likely be able to pay. Removing large animals, such as elephants, from an ecosystem has a devastating trickle down effect on the surrounding environment and impacts humans in a way we aren’t likely to realize ( just see how this video explains this particular phenomenon).

But regardless, the whip-lash pace at which African elephants are being wiped from the Earth merits the attention of every human from Africa to New York, and back (at least twice!). For if enough attention is not brought to the plight of the African elephant we are poised to lose this amazing species within our own lifetime, and no matter how you valuate an elephant, I think you can agree that is not good.

Thankfully, there are people working day in and day out to ensure that this sad reality does not come to fruition, among them are the kind people behind the David Sheldrick Wildlife Trust (DSWT). One of the major programs headed by DSWT is the “Orphan’s Project,” an initiative that rescues orphaned baby elephants and helps to raise and reintegrate the vulnerable calves back into the wild.

The program has yielded many success stories thus far, but the story I am about to tell you is one of a success story still in the making.

Meet Kauro. Looking at this happy elephant, you would probably not guess he has already experienced a fair share of trauma in his six-months on Earth. 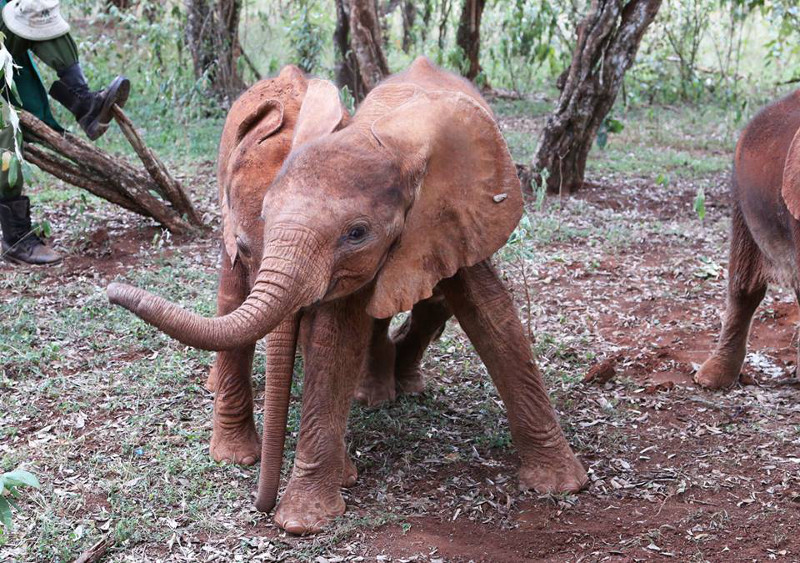 Kauro came to be part of the Orphan Project after he was discovered in a well. Not much is known about Kauro’s life before coming to DSWT, but it is unusual that such a young calf would have been left alone. Understandably, this young calf was extremely vulnerable in this trapped state and was attacked by jackal, or some other small predator, that bit off the tip of the baby elephant’s trunk. 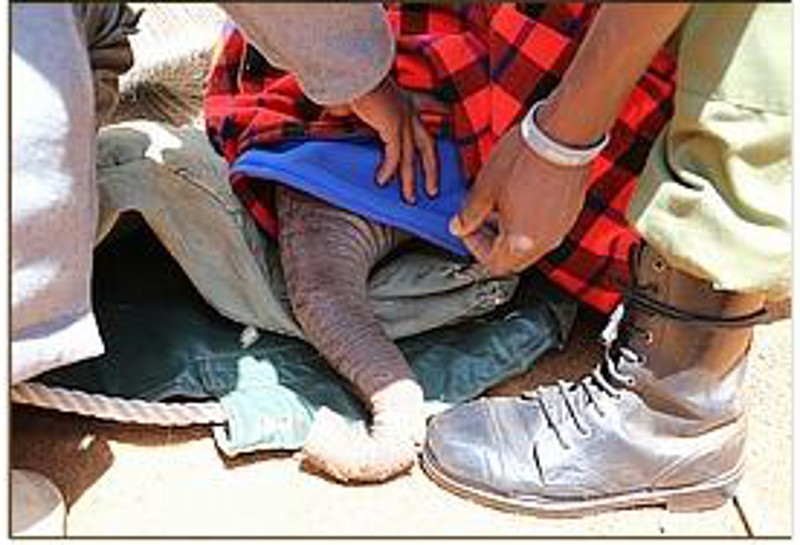 The area where Kauro was discovered, is primarily pastoral land and the well he had fallen into was used for watering livestock. Luckily, he was discovered by a group of rangers who were in the process of forming a rhino sanctuary on the land and he was taken into good care.

When Kauro arrived at the DSWT Nairobi Nursery, it was estimated that he was only about two weeks old, however, he was already much larger than the other orphaned calves. 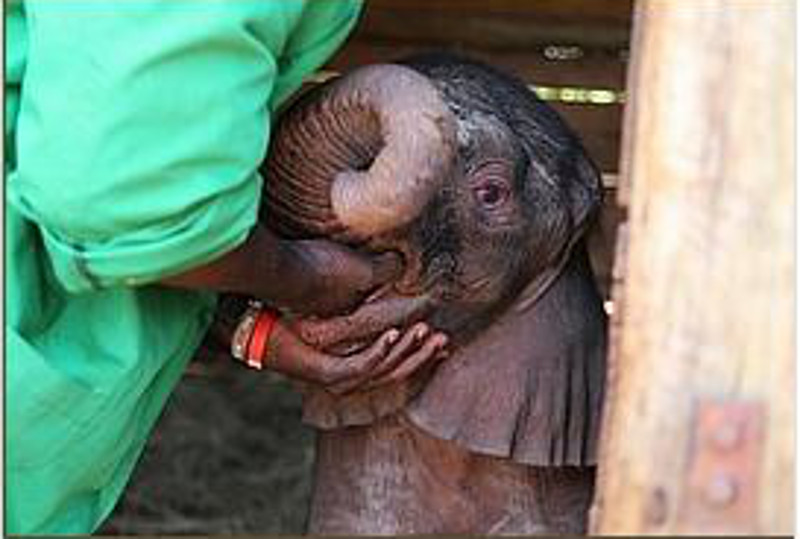 Kauro was given a green clay treatment for his trunk wound and also seemed to have some sores in his mouth, possibly from rubbing against the tight walls of the well. He also had a bacterial infection, likely the result of being submerged in sitting water for so long. With the help of antibiotics, Kauro began to heal and soon regained his appetite.

Now well on the mend, Amie Alden from DSWT, tells OGP that Kauro spends his days , “with the baby group, which includes Ashaka, Mbegu and Kamok – all are under 1 year old, though Kauro is the only male.” 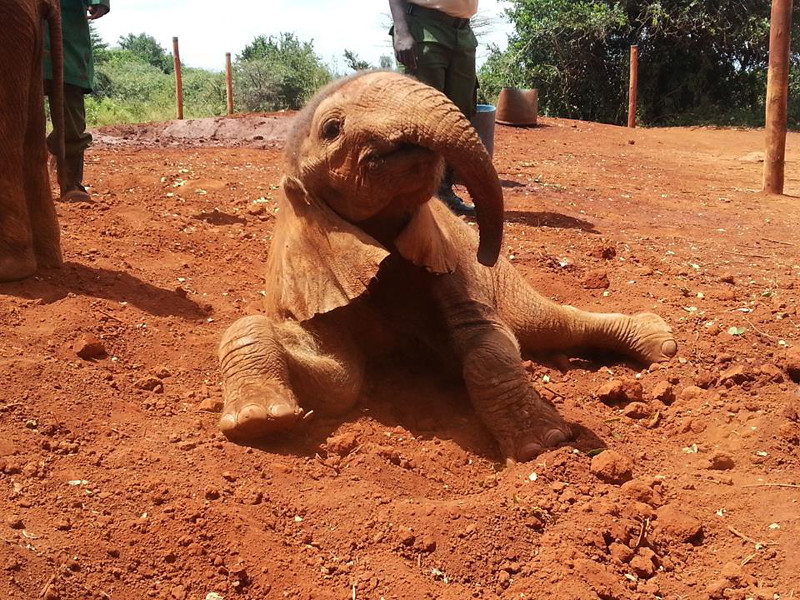 Based on his large size for his age, it is believed that Kauro will grow up to be a dominant bull, although at the moment he appears to be more interested in playing in a dust pile than managing a herd of elephants.

Although Kauro is an orphan, Alden tells OGP, “he does enjoy spending time in the company of the older elephants, who give him the support he needs, undertake babysitting duties and offer ears to suck for comfort.” 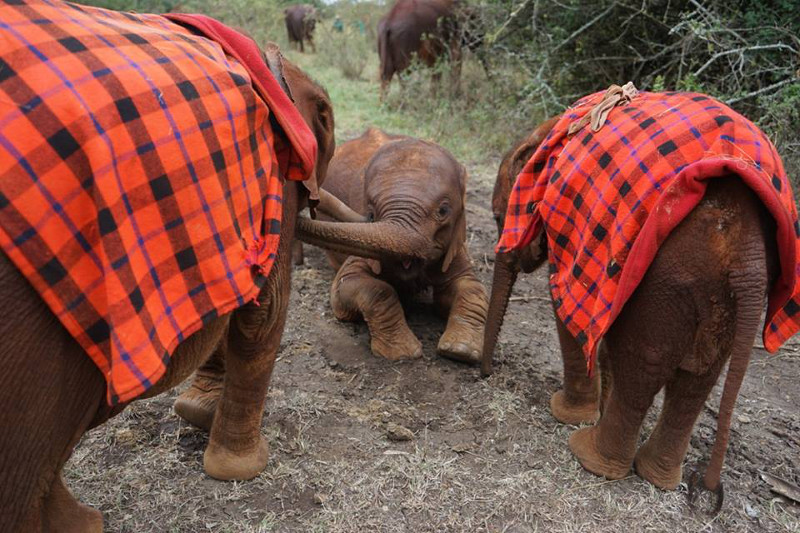 In the wild elephant herds are extremely close-knit so this sort of bonding is very important to a developing elephant. Kauro has also bonded with the other orphans and has made friends that Alden says, “will last a lifetime.”

When Kauro is old enough and has passed through “elephant school,” where he will learn how to survive without the constant care of his keepers, he will hopefully be reintegrated back into a wild herd along with his orphan friends. Just look at how happy they all look playing soccer together in celebration of the World Cup!

Over 150 orphaned elephants have made it successfully through the DSWT program and been happily reintegrated into the wild.  Although this little elephant lost his family, and the tip of his trunk, thanks to the Orphan’s Project he now has a new family and all the care he will need to grow up and continue the legacy of the African elephant…but until then, he is just as content getting to enjoy his days playing, safe and sound, at the nursery. 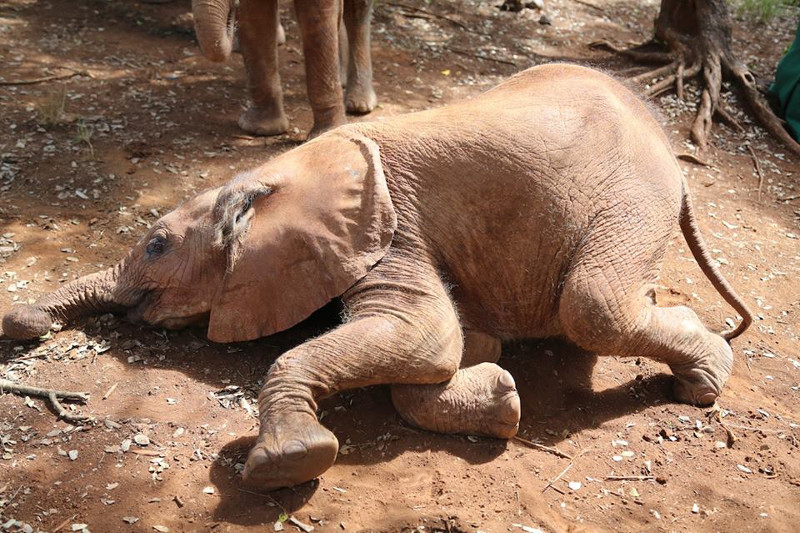