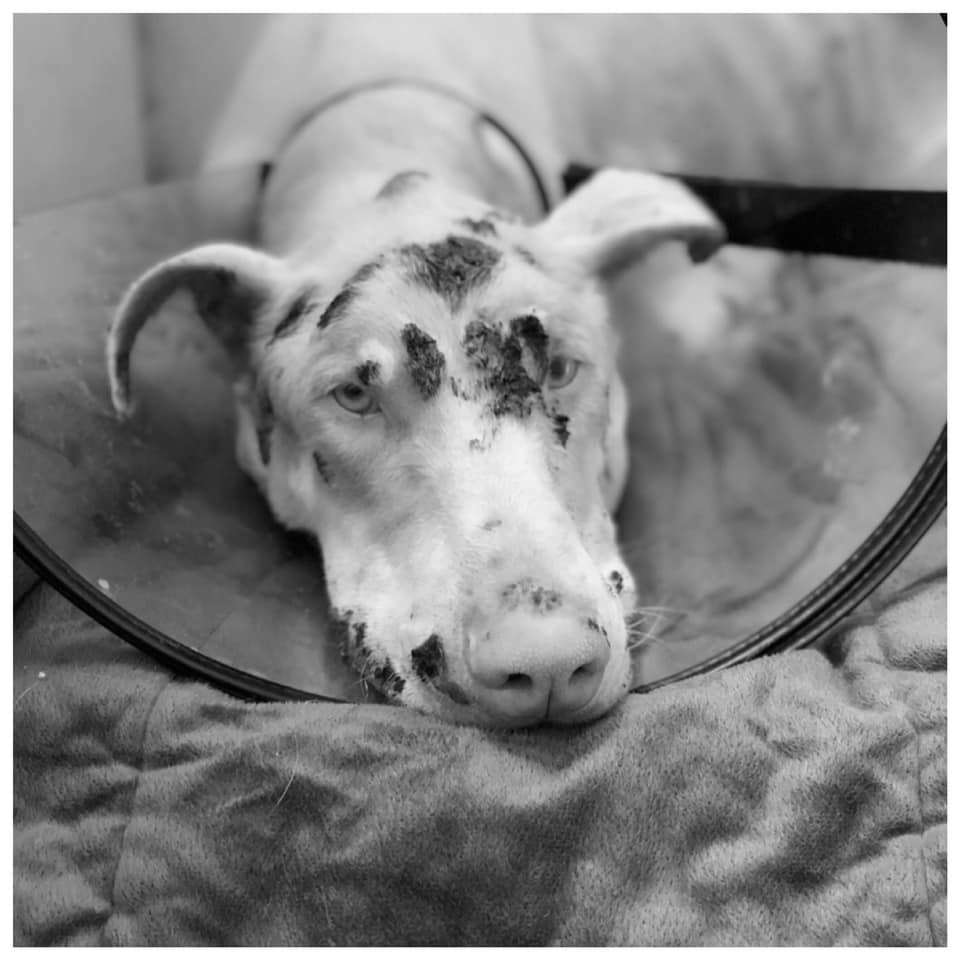 About a year ago, a dog named Lou was found in absolutely terrible condition. He was anemic, emaciated, had hookworms, his skin was covered in wounds, and he was starved for so long that x-rays found rocks in his stomach. He was kept on a short chain and deprived of food. His cruel former owner even named him “Lucifer.” Fortunately, though it may have taken a year, justice has now been served.

Justice in this case did not come easily though. It is proof to the power of protesting and speaking up because at first, David Neanover was going to be let off pretty easy. As Lady Freethinker explains, he “was originally charged with felony cruelty to a companion animal and taken into custody, where he was held on $25,000 bond. After posting bail, he was free within days, and shortly after, his charges were lowered to first degree misdemeanors, sparking outrage among activists. As the trial approached, letters urging the judge to impose the maximum sentence poured in from as far away as Florida.”

One of the letters sent to the judge reads: “I am asking for the full extent of the law. To let a sweet, innocent soul live in filth, no food or water, no love or kind treatment…(Neanover) even named him Lucifer when in actuality, this person should be called that.”

Lou didn’t make it and died not long after he was rescued, but he was saved and experienced some compassion before dying thanks to the people who spoke up and reached out for help after seeing him starving and wounded. And justice has since been served thanks to the people demanding it!

If you also want to speak up against animal cruelty cases, sign these petitions: