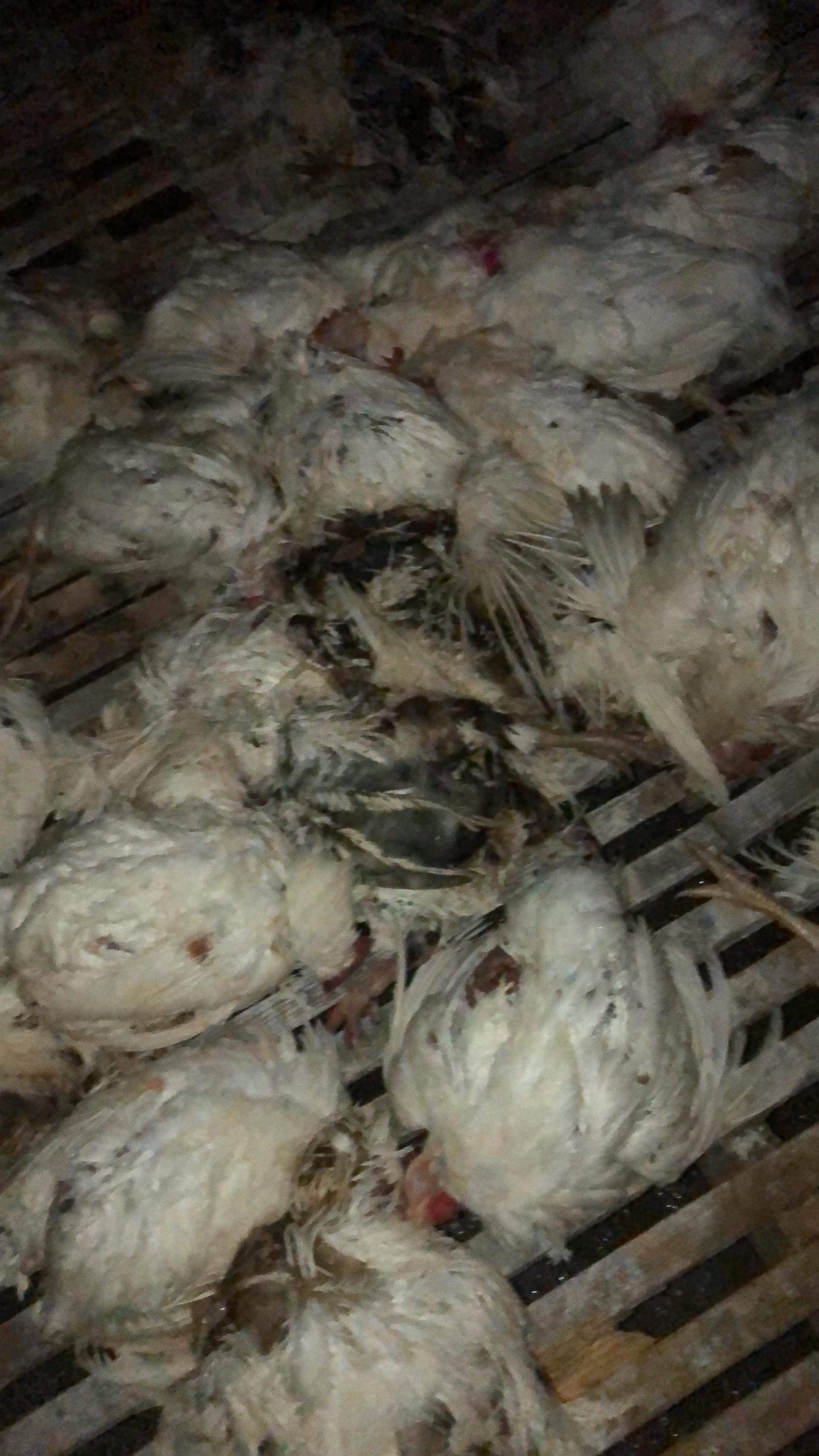 Lead Image Source : Image Courtesy of In Defense of Animals

In Defense of Animals is leading the charge against Koch Foods over the death of thousands of chickens. According to an emailed statement, Koch Foods has abandoned over 10,000 chickens and left them for dead as the meat industry suffers supply issues due to coronavirus.

In April, according to eyewitnesses, Koch Foods left 11,000 chickens to die after a tornado hit a chicken farm. Many chickens were injured from the tornado and left for dead. Many rescuers were only given a small window before the farm was bulldozed, with the chickens inside.

“The smell was unbelievable,” a local rescuer said according to In Defense of Animals. “First, you would be walking through maggot filled water — birds trapped under wooden slats and you had to rip them up to get the birds out. Then rows of huddled birds alive and in groups. Hundreds. Huddled together and some huddled in groups of dead birds. We rescued one hen, alive, but so covered in maggots. They were crawling all over her and she died by the next morning. They had no shelter and were sitting in maggot-filled death water and in the full elements with no food or water available. The farm left these animals like they didn’t matter in the least little bit.”

In these past two months the Georgia poultry industry has revealed its brutal indifference to human and nonhuman lives,” said Marilyn Kroplick M.D., President of In Defense of Animals, said in an emailed statement. “Billion-dollar corporations are not exempt from Georgia’s animal cruelty laws, which exist to prevent needless animal suffering. We are calling on the Murray County Sheriff’s Department to urgently investigate the horrific deaths of thousands of birds under the care of Koch Foods.”

Cruelty to livestock is illegal under Georgia’s animal protection laws. Join over 11,000 people by signing a letter to the Murray County Sheriff’s Office to protest this terrible act.

Read more about factory farms in One Green Planet, check out these articles: