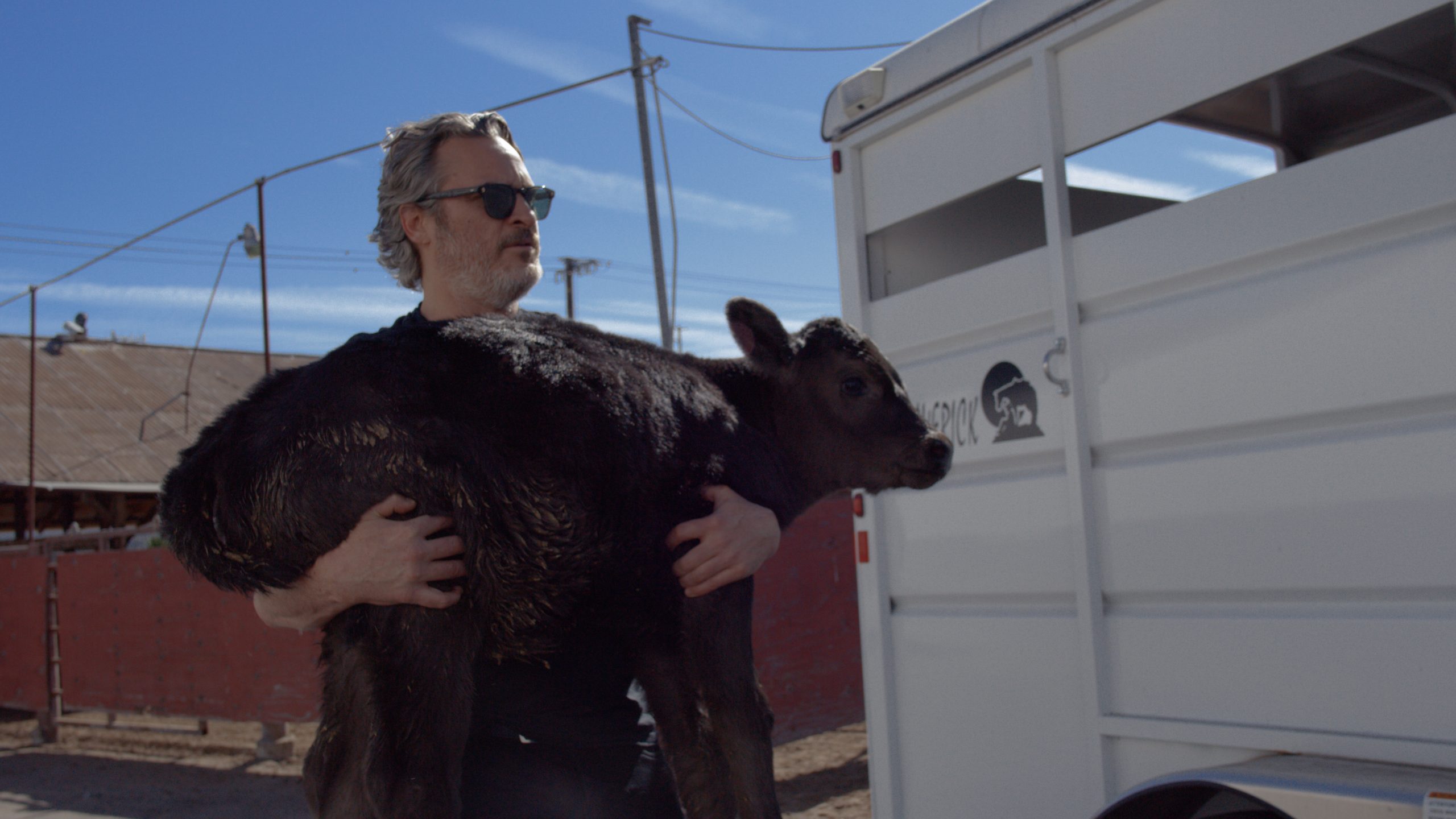 According to an emailed statement, Joaquin Phoenix worked with Los Angeles Animal Save to rescue two calves the same week he won his Academy Award.

Phoenix liberated a newborn calf and her mother from Manning Beef during a ritual slaughterhouse vigil. He has since named them Liberty and Indigo.

The actor made a statement about the experience, sent over email, “I never thought I’d find friendship in a slaughterhouse, but meeting Anthony [president/CEO of Manning Beef] and opening my heart to his, I realize we might have more in common than we do differences. Without his act of kindness, Liberty and her baby calf, Indigo, would have met a terrible demise. Although we will continue to fight for the liberation of all animals who suffer in these oppressive systems, we must take pause to acknowledge and celebrate the victories, and the people who helped achieve them. Shaun Monson, Amy Jean Davis, and the entire LA Animal Save community, have taken their pain of bearing witness and turned it into effective, diplomatic advocacy for the voiceless. As a result, Liberty and Indigo will never experience cruelty or the touch of a rough hand.

My hope is, as we watch baby Indigo grow up with her mom Liberty at Farm Sanctuary, that we’ll always remember that friendships can emerge in the most unexpected places; and no matter our differences, kindness and compassion should rule everything around us.”

Watch a video about the experience, below:

Liberty and Indigo are now home at the Farm Sanctuary in northern Los Angeles. Phoenix was joined by his fiancee Rooney Mara at the vigil.

Phoenix has made headlines for recent animal activism, including his moving Best Actor speech at the Academy Awards. Joaquin Phoenix joined an animal protest after the SAG Awards in Los Angeles. He also spoke about climate change in his Golden Globes speech and in a statement to the press after the awards show. Phoenix was arrested alongside Jane Fonda at a Firedrill Friday Protest in Washington to stand up against climate change. He also led an animal rights protest ahead of the BAFTA Awards in London.