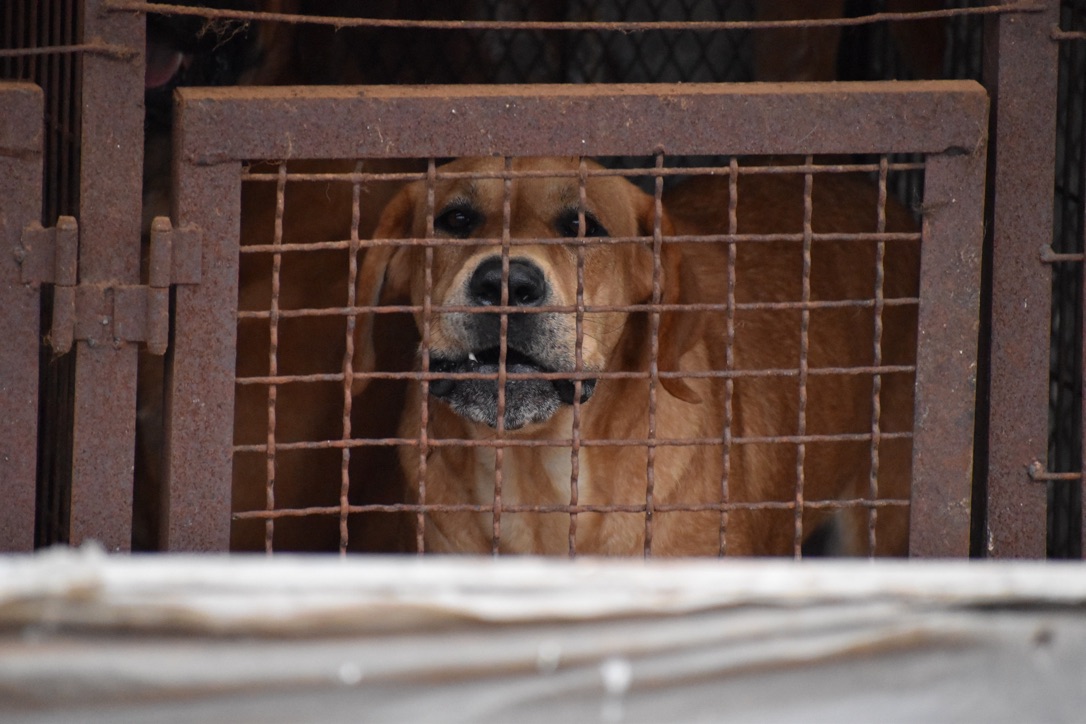 Summer is supposed to be a time of joy, togetherness and relaxation. Beach vacations, warm nights in the backyard with friends, neighborhood festivals. Life used to be bliss this time of year.

But these days, this particular season is a time of dread for me. It’s a time of stress, sorrow and pain. As the founder of animal-rights organization Lady Freethinker, summer for me means that in South Korea, up to two million dogs will be tortured and slaughtered for what is known as Boknal, or “dog eating days,” which take place during three of the supposed hottest days of the year in July and August. For what reason? For the false belief that the meat will have a cooling effect on the body, reviving lost energy or virility.

Our organization’s mission to end cruelty to dogs has been well documented here on One Green Planet. Recently, this site covered our investigation exposing the underground dogfighting trade operating on Facebook as well as our bus ads in China and South Korea urging citizens to leave dogs of their plates. But this summer, I could no longer help from afar. I needed to personally travel to South Korea, meet our on-the-ground partner Nami Kim of Save Korean Dogs, and conduct our own investigations to expose what we find to the rest of the world.

We had heard of a dog farm run by the National Dog Farmers Association, which lobbies to keep dog meat legal in Korea, but to our knowledge and research, no images or footage of this farm had ever been seen. After locating the facility, our investigator climbed a ladder to look over the wall of this well-hidden, but large, commercial — and fully legal — dog meat farm. What we saw was unbelievable: up to 1,000 dogs were housed in filthy, rusty metal cages mostly concealed with plastic tarp. The worst part was knowing that their fate was already sealed: these dogs were going to be hung, beaten and slaughtered for dog meat soup, the specialty on Boknal days.

Alerted by the barking, a worker approached our investigator and physically assaulted him. A second worker ran up to join him, but our investigator was able to flee the scene, hanging onto the back of the van as the team drove off, the two meat workers chasing after us until they could no longer keep up. We have no regrets and would do it all over again if needed because our footage has produced the first-ever known investigative images of this National Dog Farmers Association-run dog farm.

When you see such horrors, it’s hard to look on the bright side, but I must find some silver lining, or else I will lose all hope in humanity. The silver lining is this: the demand for dog meat is decreasing among the younger generation, who are embracing dogs as companion animals, not food.

There appears to be some supporting evidence to that.  Our investigator stopped at two other known dog meet breeders in South Korea. One was a filthy roadside facility where 16 dogs were rescued the week before, with the owner pledging to stop breeding dogs for meat. The second meat farm housed 100 dogs last year; this year only two dogs were in cages. Most of the farm equipment was lying in a junk heap and the empty cages were overgrown with weeds.  Let’s hope it stays this way.

But in the meantime, our work must continue, until every farm is shut down.

You can help stop the cruelty. Please sign our petition urging South Korean Ambassador Ahn Ho-young to do everything in his power to outlaw dog and cat meat and take a strong stand against all forms of animal abuse.