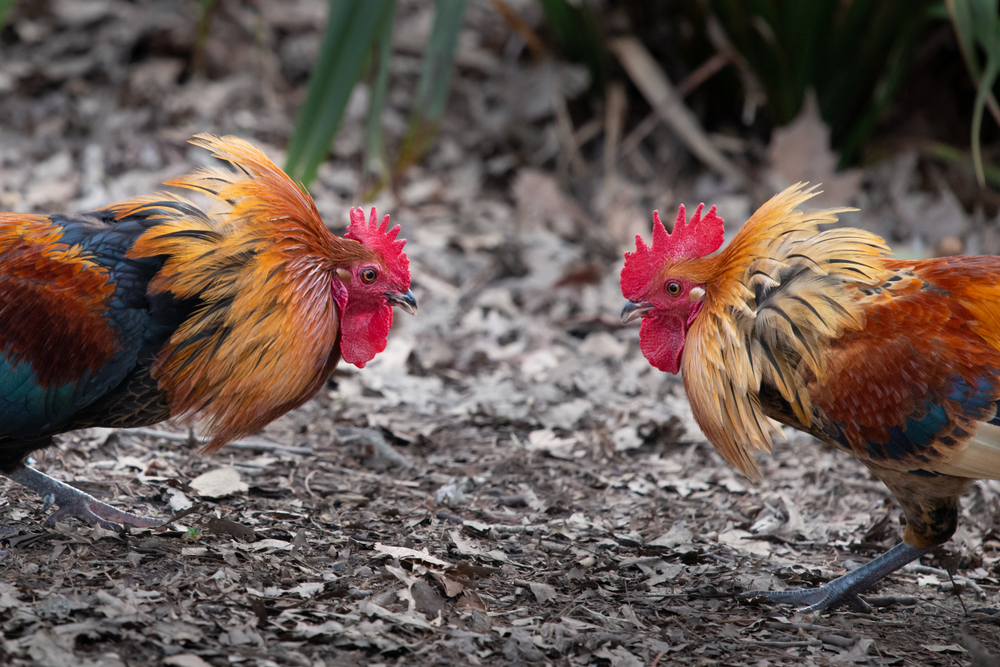 Two months ago, Animal Wellness Action warned people that cockfighting puts people at risk of avian flu. Therefore, they urged governments to crack down on the illegal cockfighting in Guam. Even though cockfighting was federally banned in U.S. territories (such as Guam) at the beginning of the year, the “tradition” continues. And a recent investigation has found that it’s fueled by people who breed and ship them right in Alabama.

The investigation alleges that Jerry Adkins of Slick Lizard Farms; Royce Flores, and the late Jason Campbell, all of Nauvoo, Alabama are some of the top traffickers of birds to Guam. They also ship to other countries like Mexico and the Philippines.

Animal Wellness Action explains: “Possessing and shipping birds for cockfighting have been banned under federal law. since 2002 and has been a felony since 2007, when President George W. Bush signed the enhanced penalty provisions into law and also criminalized the sale of cockfighting implements.”

Jerry Adkins is even on videos now on YouTube that aired on Philippines-based cockfighting broadcaster BNTV claiming that “he ships 6,000 birds a year from his Nauvoo farm to destinations for fighting purposes, including 700 birds to a single buyer in Mexico.”

Executive director of Animal Wellness Action, Marty Irby says: “It is a federal felony to buy, sell, deliver or possess any bird with the intent to engage the bird in a cockfight, and that’s clearly what we’re seeing. Northern Alabama has become a launching point for global trafficking of fighting animals, and it’s time for authorities to crack down on this criminal conduct.”

These Alabama cockfighters had the fifth-highest total number of shipments to Guam and they sold them as “brood fowl” even though Guam doesn’t have much of an animal agriculture industry or a show-bird circuit. Not to mention the ratio of males to females were nearly 10 to 1. Nearly any other bird industry, especially agriculture, would have a ratio of significantly higher females. Only in cockfighting are males mostly and almost explicitly used.

Not only is cockfighting cruel and illegal, but they are posing a severe threat to public health. The ongoing pandemic should be enough to scare people into understanding why this is dangerous. President of Animal Wellness Action, Wayne Pacelle is urging Alabama state legislators to upgrade the state law against cockfighting.

You can contact Alabama representatives to demand the same.