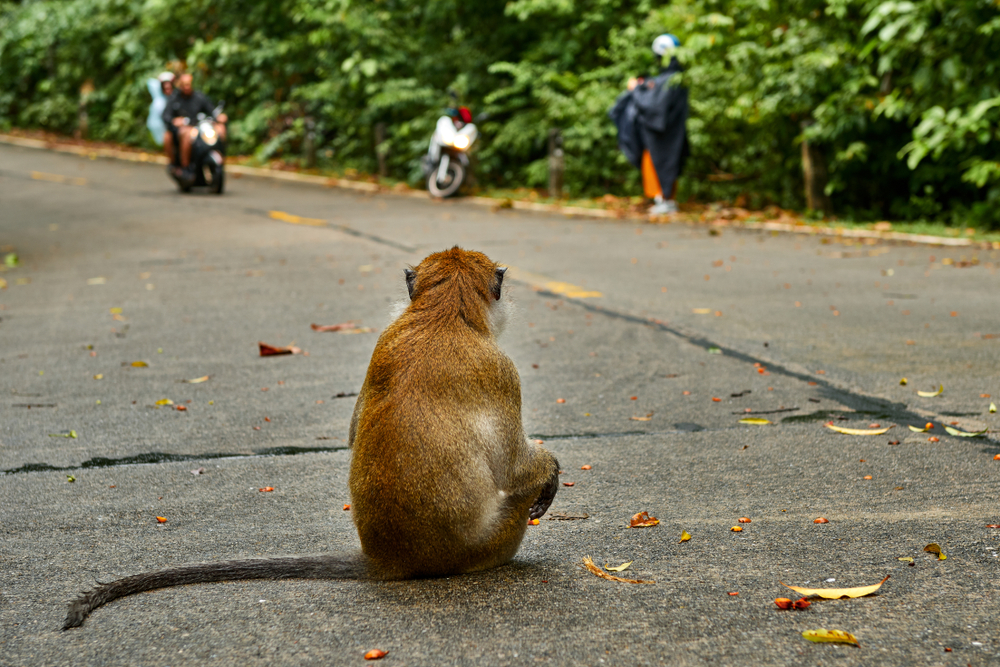 Asking government officials for help with suffering animals can sometimes be a daunting process. It takes petitions, calls, letters, and sometimes lawsuits. But when you have an elected official who cares about the environment and animals, it makes the world of a difference. Indian parliament member of Lok Sabha, Maneka Gandhi who describes herself as an animal rights activist and environmentalist recently rushed to the aid of an injured monkey and won hearts all over India.

Maneka Gandhi, a member of the powerful Nehru–Gandhi political family, has devoted her life to animals because she is an animal lover at heart. Gandhi is the founder and chairperson of People for Animals, an animal welfare organization, so it’s no surprise that she’d want to help an animal in need. A journalist and wildlife lover alike, Bharti Jain, posted the following on Twitter on Monday, November 18th, asking for help and tagging Gandhi:

This monkey is injured and in a very bad state. Please some NGO or animal rights activist come forward to rescue him. This is near Press Club of India at Raisina Road, New Delhi. ⁦@Manekagandhibjp⁩ pic.twitter.com/gQAxb1oswr

Gandhi very quickly retweeted the post saying: “Thank you for tagging me. I’m sending a car right now to have him sent to Sanjay Gandhi Animal Care Centre for treatment. The car will be there in a few minutes.” And it was not an empty promise. An hour later, Jain tweeted again with the update that the monkey was indeed picked up.

Twitter was flooded with kind messages of people being grateful to both ladies for helping the monkey in need. People were especially proud that they voted for someone with a kind heart and who truly does care about the causes she champions. One Twitter user, @Ramsaysthetruth wrote: “Wow. These gestures really make me feel Proud of our power of vote. God bless you mam.”

Yesterday, on Tuesday, November 19th, Gandhi shared an update with the world about the rescued monkey:

UPDATE: The monkey was severely injured and had maggots all over his body. He is currently being treated at the hospital and is on his way to complete recovery. pic.twitter.com/9e48cXqX6j

Although we don’t know how the monkey was injured, Gandhi says he was covered in maggots, is being treated, and should make a complete recovery! This is great news and we are so glad the monkey was helped so quickly. Who knows what his fate would have been if not for the two women who made sure he received the help he needs.

This monkey is on his way to making a recovery, but other monkeys around the world are suffering. Investigations have been finding that monkeys are being tortured in laboratories for research and testing. If you want this to end, sign this petition!