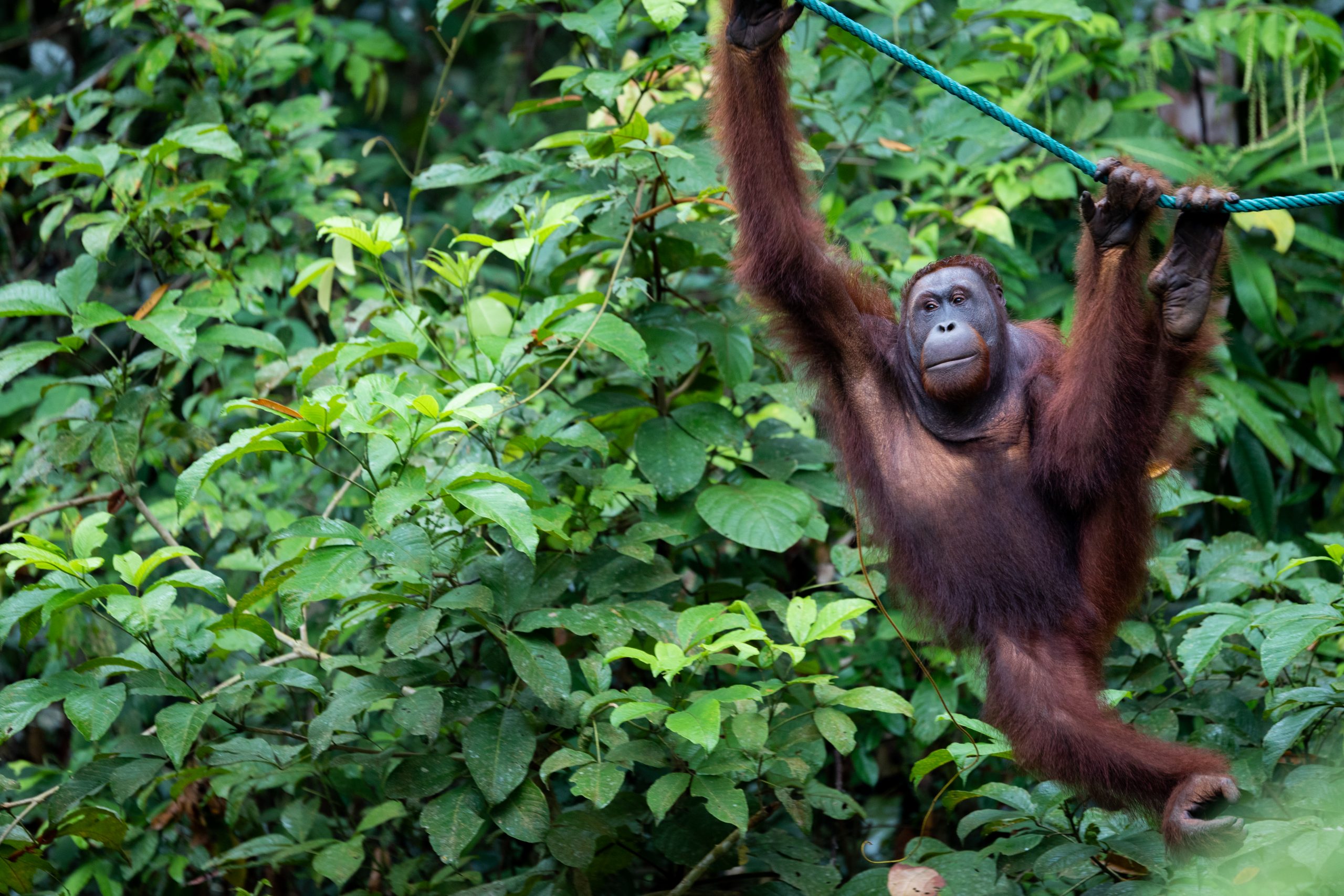 The Orangutan Project has reported renewed poaching activity in Indonesia during the Covid-19 pandemic. According to the organization, criminal poaching networks have become more brazen during lockdowns and are taking advantage of restrictions on law enforcement.

Because of these measures, and an increased desire for income during a global crisis, poachers are turning to orangutans to make money. Poachers steal orangutans and sell them into the illegal wildlife trade. This is not okay!

“Critically endangered orangutans, tigers, elephants and subsistence farmers, are now all struggling to survive in remnant forests,” said Leif Cocks, founder of The Orangutan Project, in an emailed statement. “Over 80% of native forest in Sumatra and Borneo have been cleared for large plantations.  When you add in a global pandemic which has plunged more than two million Indonesians back into poverty, you can see why we’re facing a crisis. Critically endangered species will always lose out because their populations are no longer large enough to withstand poaching or further habitat loss.”

Bornean orangutans are critically endangered species whose habitats have been threatened by fires. They’re also threatened by the illegal wildlife trade and deforestation, according to the Orangutan Project.

Poaching has been on the rise around the world during the pandemic due to a combination of fewer people to keep watch, increased financial need, and less money to support conservation efforts, many of which are tied to the decrease in tourism.

The Orangutan Project is raising money to help add additional patrols to curtail poaching. You can donate here.

Sign this petition to demand that the US and EU provide funding for the Hack the Poacher platform, so they can find the poachers before the poachers find and kill wildlife

Orangutans are in jeopardy due to extensive deforestation and the palm oil trade. The World Wildlife Fund lists the animals as “critically endangered.” There are now thought to be about 104,700 Bornean orangutans in the world, and 7,500 Sumatran orangutans.