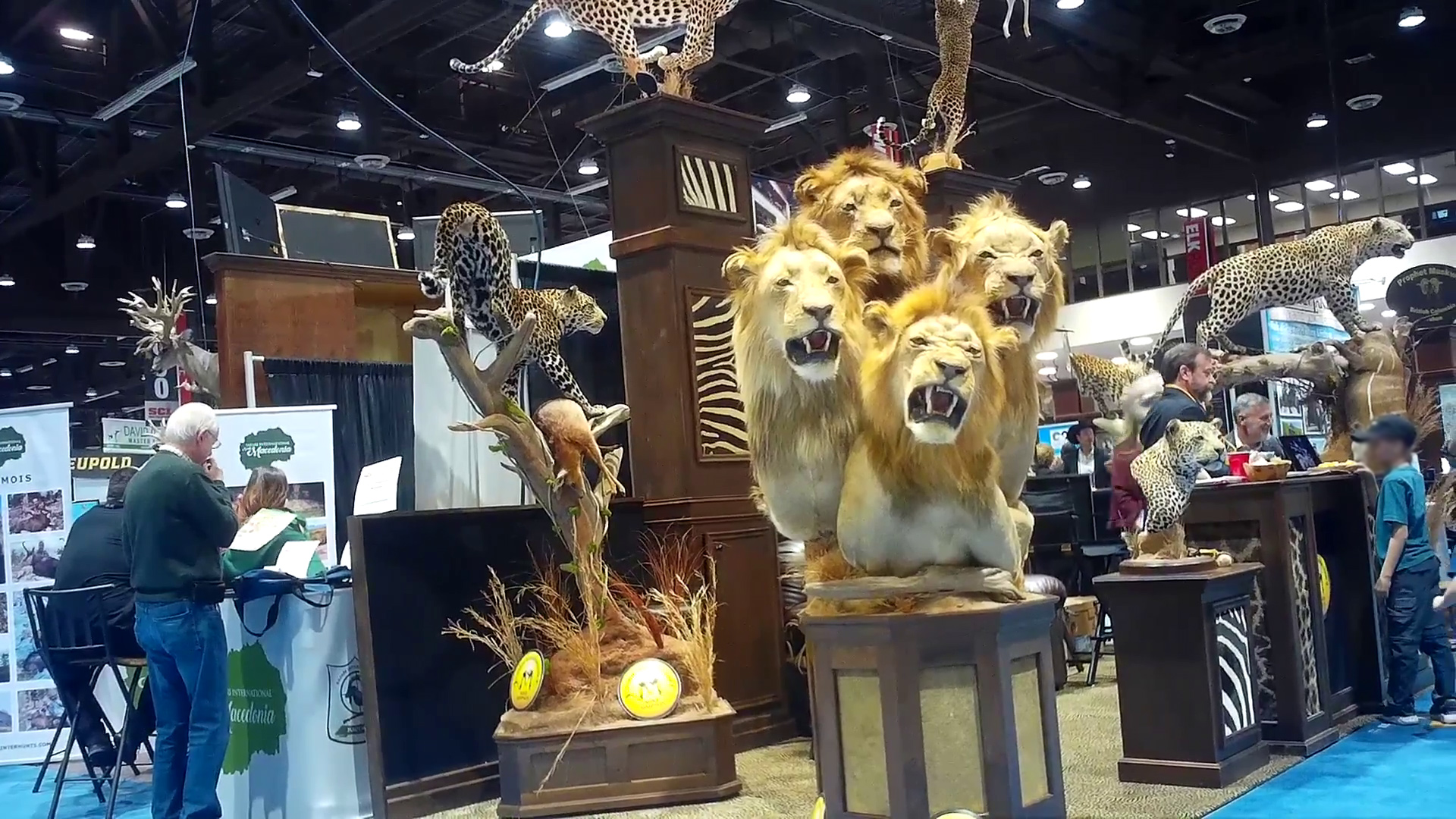 Safari Club International announced that they were canceling their 2021 convention, in a big win for animal rights activists! According to the Humane Society of the United States and Humane Society International, the event is an opportunity for auctioning off hunts to kill animals.

Kitty Block, President and CEO of the Humane Society of the United States shared the following statement via email, “The cancellation of the SCI 50th anniversary convention will save thousands of wild animals from needless, reckless killing by trophy hunters. This event sells and auctions off trophy hunts to an elite group of members who enjoy killing lions, giraffe, rhino, bears, crocodile and dozens of other species for bragging rights and souvenirs. The convention does nothing but celebrate the killing of rare and magnificent animals, and should be cancelled forever Last year hunts to kill over 860 animals were auctioned off while close to 900 exhibitors from 34 countries brokered and booked thousands of trips to kill wildlife all over the world. The Humane Society of the United States and Humane Society International have been targeting SCI and this convention for years. Our undercover investigations revealed not only an environment of pure cruelty and disregard for iconic wildlife, but also illegal activity and practices that even go against the club’s own rules. For far too long SCI has chosen profits and bragging over conservation, ethics and the law, while attempting to convince the public that the display of thousands of dead animal trophies, parts and products is somehow beneficial to conservation.”

Sign this petition to ban trophy hunting in the United States!