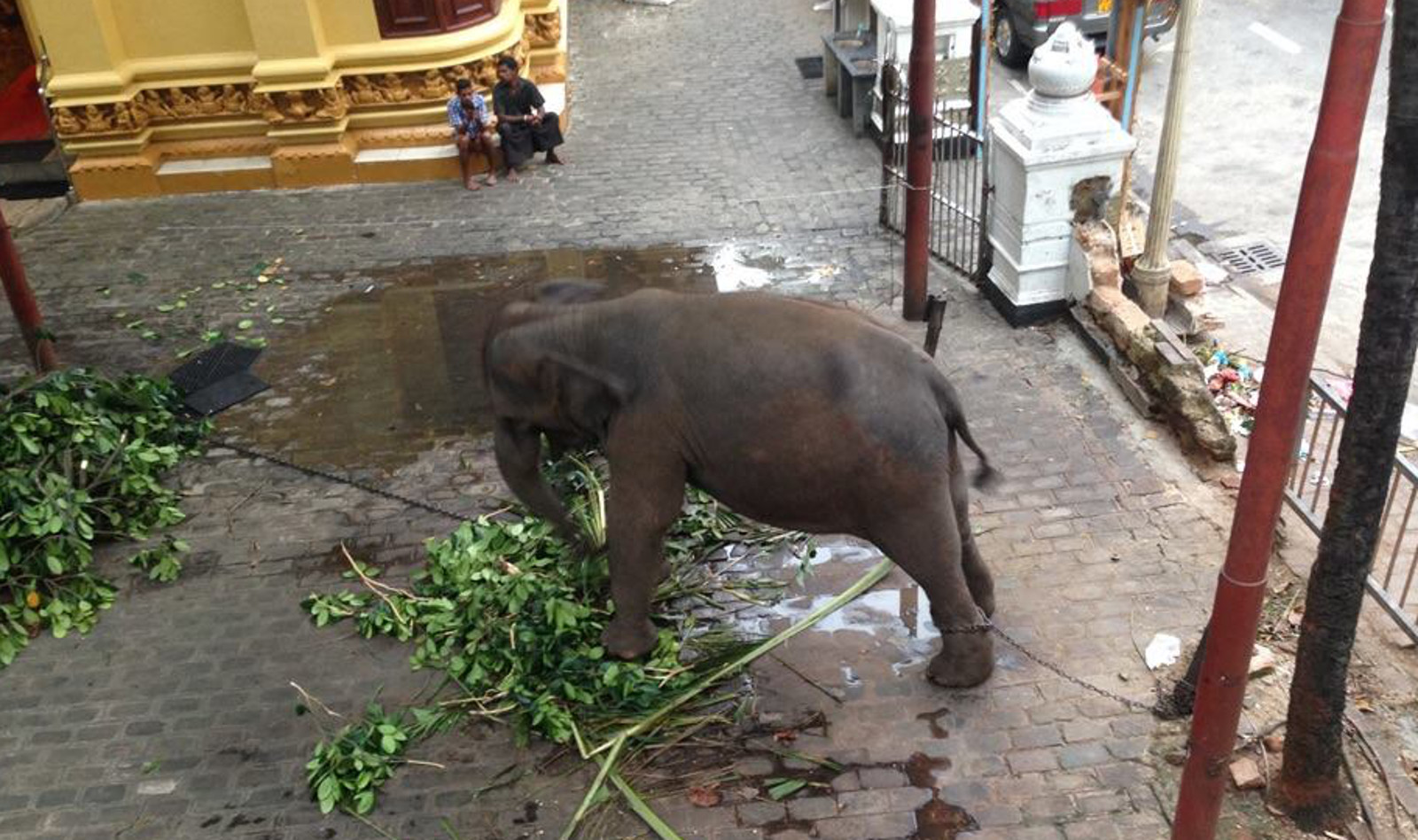 For the majority of her young life, Ganga stood a solitary captive in the entry to the Gangaramaya Temple in Colombo, Sri Lanka.  Chained by two legs on crumbling bricks off the side of a busy city street, Ganga was on display inside temple gates for years as traffic relentlessly moved behind her and people streamed just as endlessly in front of her.  Year after year this small innocent elephant remained trapped between her opposing chains, utterly alone.  And yet, she is one of many. 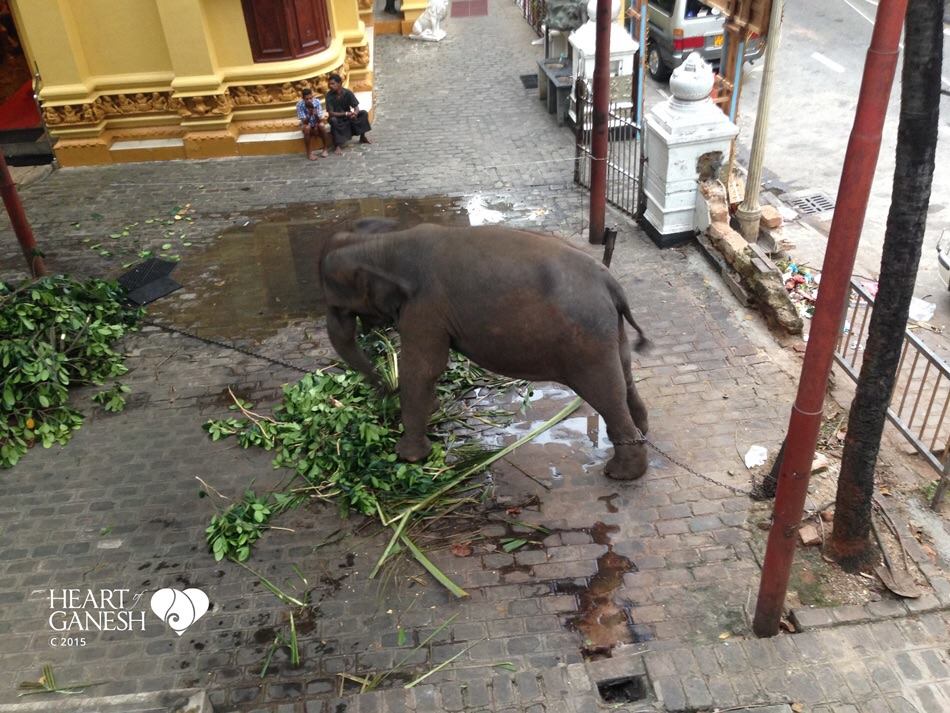 As unconscionable as it is to confine any animal in this way, perhaps it is even more so when such a cruel practice continues in the name of cultural pride and religious devotion.   And although it is Ganga you see here, many elephants in Sri Lanka are fighting for their rightful freedom, a freedom distant from the blinding spotlight of forced participation in peraheras, extravagant religious festivals, and working the circuit in other chaotic cultural celebrations.

Although the tragic stories of Ganga and other captive elephants have found international attention for some time, when Sri Lanka’s Presidency changed hands in 2015 the plight of illegally captured, wild-born elephants became fiercely public.  For years, the shady and extremely lucrative business of stealing calves from the wild continued unabated. The young elephants that survived the capture and harsh training methods were often turned into backyard status symbols for wealthy businessmen and politicians.  Many were sent to temples to live out their lives swaying on chains or  working under the grueling conditions of ongoing festivals and peraheras. 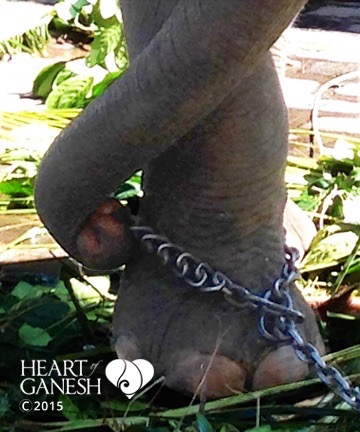 The Complex Web of Crime

As the complex network of wildlife crime profiting off the lives of these innocent animals came to light, legal proceedings began in earnest.  Criminal custody cases went  before the courts revealing forged documentations and false registration papers, while committed individuals and organizations began sniffing out the long and circuitous trail of where these elephants were being held, how they got there, and how to get them to safety.

Rising above challenging conditions, changing rules and constant court rescheduling, over a dozen custody cases were won,  allowing for some of these young elephants to begin their recovery at the Elephant Transit Home (ETH), and prepare for their eventual return to the wild.

And then, the unthinkable happened:  claiming there were not enough temple elephants for proper peraheras, robes of white and orange interfered with previous court rulings and initiated opposing legal action.

Young elephants  who had found safe keeping and rehabilitation at ETH (as well as older elephants living at the dubious Pinnawela Elephant Orphanage)  were to be forced to work in ongoing religious festivities.

The Cabinet of Ministers met on July 5, producing Decision 17’s  foretelling title, “Maintaining a pool of elephants consisting of about 35 tuskers/male elephants/female elephants, under the Zoological Department to make them participate in cultural activities.”  They also deemed “The perahera culture of Sri Lanka has a great history and has attracted the world’s attention. It has been observed that it is essential to use elephants in this perahera to maintain its pride and devoutness.”

The idea that it is essential to use captive (not domesticated, not tame, but captive, and certainly broken) elephants as a display of cultural pride and religious devoutness is an outdated idea that will not go unchallenged until it is changed.

The crimes being committed are multiplying:  stealing innocent  calves from the wild, continuing to exploit them at Pinnawela, and worst of all, the recent demands to remove these traumatized juveniles from their safekeeping at ETH.

Although removing individual elephants from their Pinnawela housing and adopted families to work in peraheras about the country is yet another abuse saddled on their backs, it is the possibility of using ETH elephants that must first be fought, and continued to be fought, until that door firmly closes.  The bedrock of ETH’s purpose is to provide respite, recovery, and rehabilitation to injured, abandoned, or illegally captured elephants in preparation for their transit back to the wild.  To take even one of these elephants away from the place where they finally found refuge and then stripping them of their right to be released back to the wild is simply unconscionable. 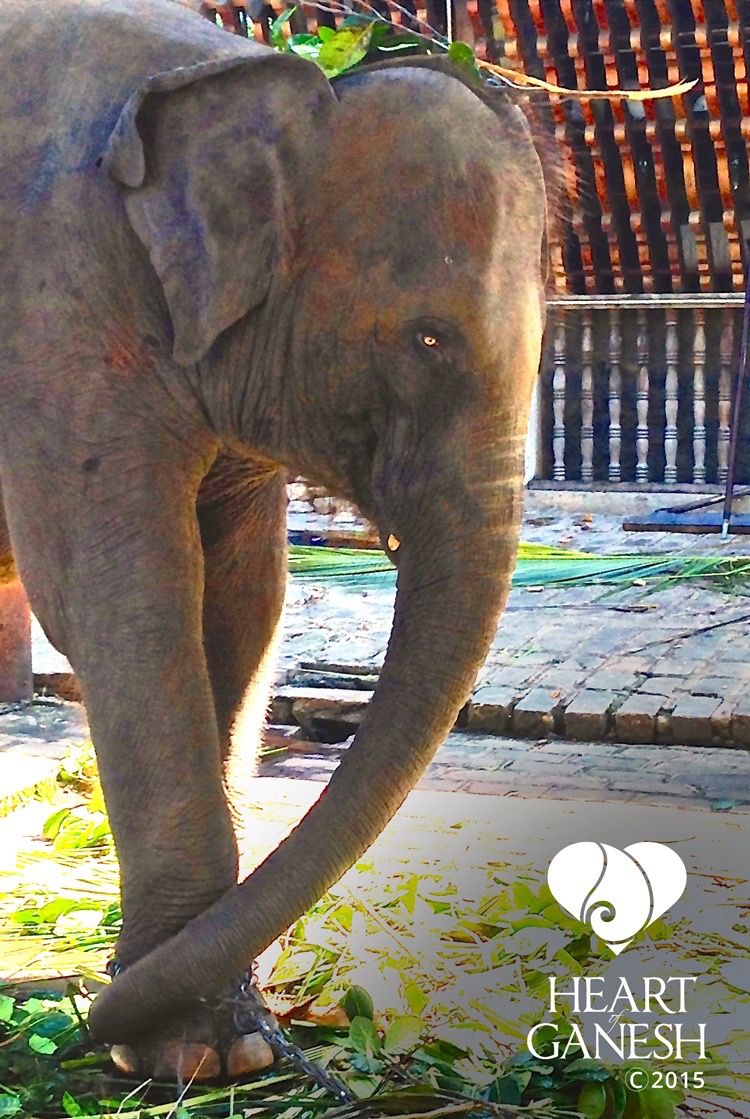 Even after years of steady advocacy from a variety of diverse groups and organizations, the fight for humane treatment of captive elephants (and conservation of wild elephants) looms on.  It takes immense courage to stand up to those in power who wish to silence all that you do, and yet every day in Sri Lanka, people are rising up in the face of incredible odds to rescue the innocent baby elephants illegally captured and cruelly confined by the wealthy elite and politically-protected monks. Investigations continue to be carried out by the Criminal Investigations Department (CID), along with the committed legal team and stakeholders of the Centre for EcoCultural Studies (CES).

It’s extraordinary that we must protect the rights of any sentient being to keep them from being chained and exploited for religious ceremonies or entertainment. Chaos and complexity rule as cultural traditions, religion, politics, and money all collide against the cruel reality of life for captive elephants used in temples and tourism.  Ganga, along with other innocent elephants, remains trapped in the middle – not where they were, but not yet where they deserve to be.

As the fight for what is right continues, sanctuary is our work for the future and immediate Compassionate Care our call for the present.  Advocates in and out of Sri Lanka remain committed to changing the future of these sentient beings, circling up like a protective herd helping one another hold the immense suffering of the elephants and people alike until our one goal is met: to create a world where compassion trumps captivity for both the elephant and the human heart.

To learn more about what’s being done to put an end to this cruel practice, check out the Heart of Ganesh website.