I Am Not Going to Apologize: Thoughts on Politeness (or Lack of) and Activism 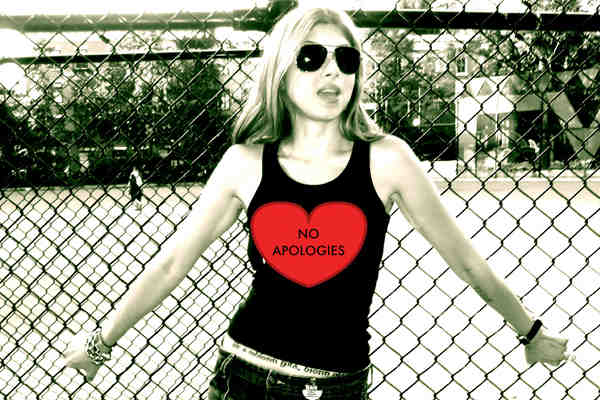 I have always been a bit of a contradiction in every way. I am painfully shy one on one, but can speak to a crowd with ease. I still think of myself as a brunette, but I am a blonde. I avoid conflict with those I know personally, but engage in daily conflicts with strangers (especially those wearing fur). I look Spanish, but am half Irish. I’m quite reserved in my private life, but will get naked in Times Square on TV for a cause I believe in (and have). Basically, I’m a soft spoken polite girl who believes in forgiving and second chances, BUT I will not apologize if I offend with my big mouth by speaking the truth. I don’t believe in judging people, but if you knowingly engage in animal abuse, directly or indirectly, I will judge you. Sorry if that seems like a contradiction.

Animal Activism: Should We Tip-toe or Stomp?

I spend most of my time with activists — they are my friends and comrades in the fight of our lives against those that abuse animals. We get together at meetings, protests, potlucks, etc. and we naturally form friendships. We are all cut from different cloths, with some of us believing that if you use soft words, flattery and gentle reason, we will get our points across better than the loudmouthed way. Others are fans of loud, in your face, aggressive, sexy tactics, believing that they work most affectively to get our message across to the masses. Personally, I feel there is a place for all kinds of activism, so long as it’s non-violent and I respect all of my fellow activists and support their methods, regardless of what side they fall on. That said, there is a trend that I am hearing more and more at meetings I have either organized or have attended recently, and it has really gotten my Agent Provocateur panties in a bunch. Basically, it’s that we, as activists, need to not ruffle any feathers while getting our message across, so as not to offend others.

It seems that the perception is it’s okay for other movements to have a free license to be as loud and aggressive as they seem fit, but because our cause involves animals, we need to somehow behave ourselves, so as not to disturb or upset people. Why is that? What happens to animals IS upsetting and it should disturb people. Just because eating meat, wearing fur, boiling lobsters alive, hooking fish, using animals for research, etc. are all legal (at least for now) and involve free choice that we need to somehow not infringe on people’s comfort levels? Why do many of us feel like we must tiptoe around issues so as not to seem like we are “forcing our beliefs down people’s throats?” It’s almost like we are supposed to feel embarrassed by being animal rights activists — like animal abuses are “less than” their human counterparts. Sorry, but to me, this is Bull.

The Price of Silence

Look what has happened historically when nobody took a stand against what was CLEARLY wrong. I mean, should nobody have stood up against Hitler? Should people like Corrie Ten Boom, Chiune Sugihara, Raoul Wallenberg and others never put their lives in danger to help save countless numbers of Jews during WWII, because they were following a madman like the rest of the sheeple? Should Rosa Parks have never moved to the front of the bus because she risked offending a white passenger? Should Abraham Lincoln have never written the Emancipation Proclamation because it had the potential to change the way people were used to living? Should Jesus have just kept his thoughts to himself because they could have be viewed as unpopular? Should women like Susan B Anthony, Elizabeth Blackwell and Gloria Steinem have just been barefoot and pregnant their whole lives, rather than using their voices to fight for equal rights for women, because it may threaten men? Should Harvey Milk just kept it to himself that he was homosexual so as not to make anyone uncomfortable? Should the occupiers of Wall Street have remained warm and comfy in their bed instead of giving the 99% a voice by exercising their right to public assembly? The list goes on and on. Should we worry more about people’s feelings, rather than feeding them the truth?

Why is it that just because the issue is animals, we should tread lightly around others who consciously (or even unconsciously) abuse them, knowing that they have the same nervous system as we do, the same ability to feel fear and pain? Why should we be made to feel it’s too much to ask of people to afford them some basic rights, when their lives are just as precious to them as our own? Why should we feel like we need to apologize for being the only voice the truly voice-less/choice-less have because we make someone feel guilty about something they should indeed feel guilty about?

So, no, I’m not going to apologize for telling you about the mother cow who just had her newborn calf ripped away from her, who is constantly being artificially impregnated, destined to a life of suffering until her body gives out — so spent that the meat on her bones isn’t even good enough to be deemed appropriate for human consumption. And you try to act like consuming dairy really isn’t that bad? And no, sorry but I’m not going sit silently while you eat veal with me; I’m going to mention the fact that that slab of meat never met his mother (the dairy cow) and was kept in a cold, damp, dark crate so small that he could hardly move for months before being dragged to slaughter, usually too sick and weak to stand upright for the final blow. And nope, I’m not going to agree with you on how lucky you were to snag those oh so-not-hot couture leather shoes at the sample sale at half price, when the animal paid for them with his/her life. And sorry, I’m not going to pretend like a nice little girl agreeing that the chicken nugget you are chomping on didn’t go through a death process so painful that if you did that to your dog or cat, you would be in jail right now. 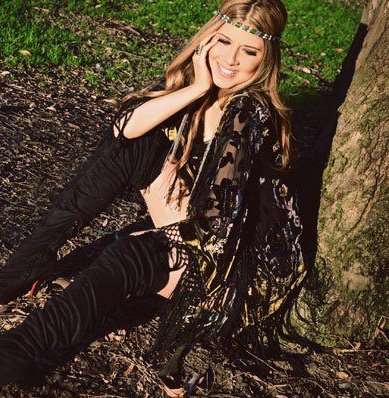 And there won’t be an apology for rocking the boat when I organize an affinity group with my friends at Occupy Wall Street to veganize the movement, when it’s blatantly obvious that you can’t fight corporate greed by feeding corporate bred meat at meetings. I will not apologize for pointing out the hypocrisy of paying money to attend yet another glitzy charity event for peace, while guests are consuming plates filled with violence? And, oh yeah, when you drive through a McDonalds to get your kid a Happy Meal, I’m not going to sit there and agree that living in fear, terror and suffering was actually “happy.” And if you post Facebook photos of yourself on your vacation fishing, I will “unlike” it (when is that option going to become available anyway?), even if it turns a mirror on you and makes you angry. I will unfriend you if you ask my opinion about de-clawing your cat, especially when I have given you the ugly facts and you do so anyway. I will call you out on twitter when you talk about how you never thought you would be able to boil lobsters alive but did, and are now proud of yourself. And yes, I will let you know just what I think of you if you have a baby and then give away your dog because you have replaced it with a being that will never be as loyal… like ever. Animal rights is just as important a cause to me as any other social justice issue out there that needs a voice, and I will be damned if my voice won’t be just as loud as anyone else’s.

The Key is Staying Focused on a Goal

However, please don’t misunderstand me. I am not in any way saying that the gentle approach doesn’t work. It DOES, quite often actually. Most of us all ate meat at one time or another or drank milk. It’s unfair of us to come at people who haven’t evolved at the same speed as we have. I get that. However, at the same time, we must not get off message — our message is important — our message saves lives, and not just animal lives! You may disagree with my approach, but you can’t disagree with the fact that if the world went vegan, we would have a real chance at successfully fighting world hunger, climate change, preventable life threatening diseases, etc. We are doing a service. Don’t let anyone make you feel otherwise.

We are revolutionaries; we are warriors. Winning a war isn’t always pretty, even a non-violent one.  Some people may get offended. In fact, I can pretty much guarantee it. SO WHAT! They may also just learn something in the process and thank us when they do. There is a time to use the gentle approach; there’s a time to be respectful of choice, but then there’s also a time to act. There’s a time to speak up…loudly. There’s a time to risk offending someone when you are speaking the truth and then hoping they make an educated, compassionate choice thereafter. Don’t allow others to make you feel that our beliefs aren’t in line with every other social justice issue in the world. They are. Never lose sight of that.

So, for me: I won’t be silent, I won’t apologize and I won’t make excuses. And to my soldiers that are in the trenches with me, I ask you to do the same. This is a war. We don’t have time to waste. The animals can’t afford it. They don’t have the luxury of pleasantries. I am going to fight this war with everything I’ve got.

I am an activist. That’s what we do.