Coming Together to Save Africa’s Wildlife. How We’re Joining the Race Against Mass Extinction 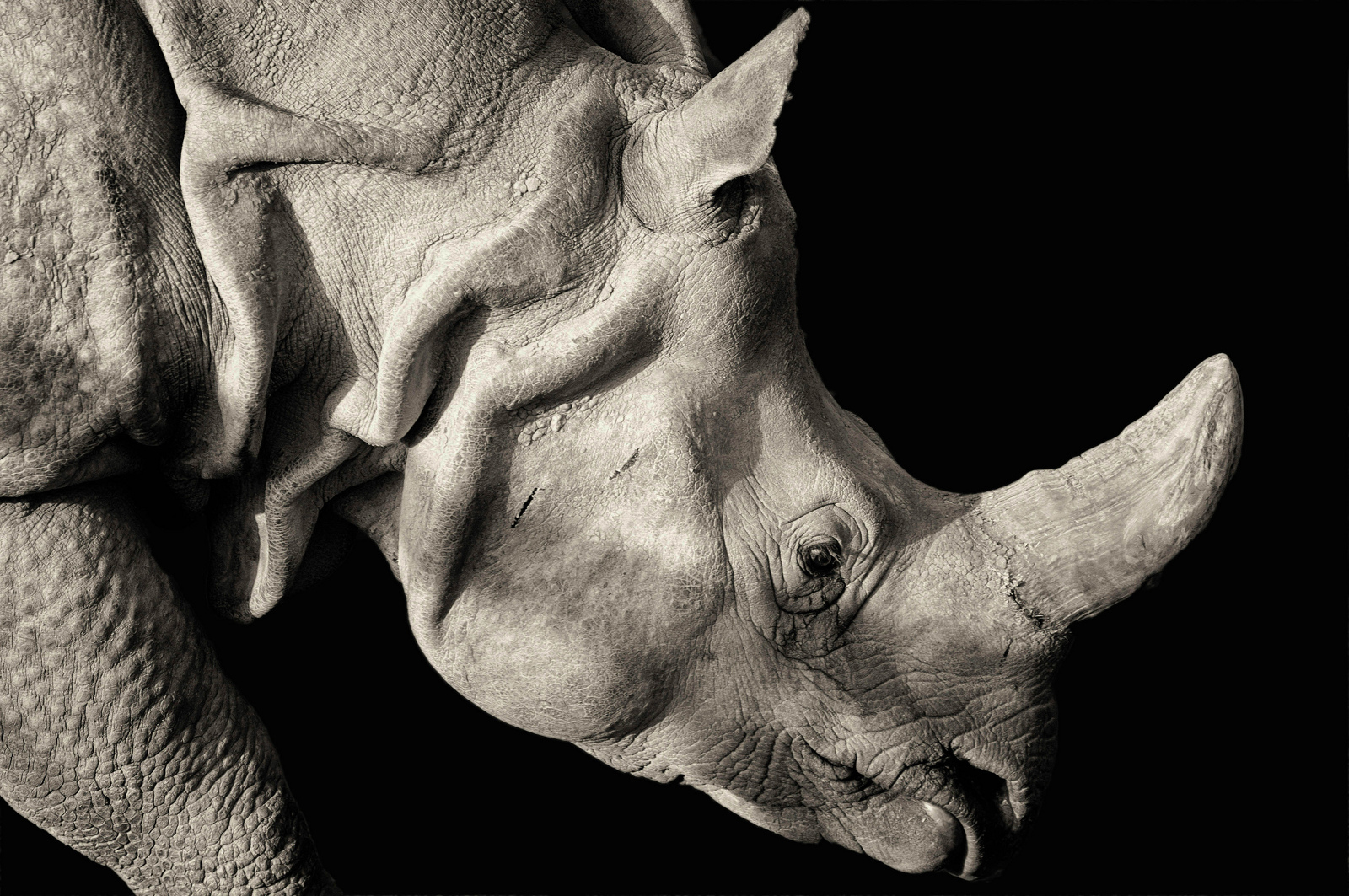 “My film is going to be a failure if people aren’t changed,” Louie Psihoyos told AWF staff gathered in a conference room in Washington, DC a few weeks ago.  The DC Environmental Film Festival had just come to a close, and the Academy Award-winning director’s newest work, “Racing Extinction,” had been the event’s grand finale.

Psihoyos is no stranger to the power of a well-crafted narrative coupled with compelling and memorable visuals. His first film, “The Cove,” pulled back the curtain on Japan’s dolphin hunting industry. Since the film debuted in 2009, the slaughter of dolphins and porpoises off the coast of the island nation has dropped dramatically, the result of an international movement ignited by the story brought to light by Psihoyos and his team.

With “Racing for Extinction,” he’s hoping for a similar reaction — only this time, the target isn’t a single country, but humanity in its entirety. There have been five mass extinctions in the history of our planet, the film explains, but now, thanks to the behaviors and decisions of the human race, Planet Earth is on the brink of its sixth. We’re driving species to extinction a thousand times faster than the average rate, viewers of the film are told, and we could lose half of the world’s species in as little as 100 years. An asteroid is believed responsible for killing the dinosaurs; for Psihoyos, “humanity has become the asteroid” of today’s ecological crisis.

By the Numbers: Africa’s Wildlife Crisis

For those keeping up with the current state of Africa’s wildlife and wild lands, this idea of a sixth mass extinction hardly seems far-fetched, and the notion that it’s being driven by the actions of humanity definitely resonates. Global illegal wildlife trade — an industry – worth up to $23 billion annually — is decimating the populations of some of Africa’s most iconic species.

Elephants are a prime example, being poached for their tusks while the price of ivory continues to climb in Asian markets. In 1979, Africa’s elephants numbered well over 1.2 million across the continent — today the total elephant population is estimated to be 300,000-600,000, with approximately 30,000 elephants being killed annually. More than 65 percent of Central Africa’s forest elephants have been wiped out in the past decade, leaving 95 percent of the forests in the Democratic Republic of Congo entirely devoid of elephants. With poaching rates continuing to exceed elephant population growth rates, it’s conceivable that they could go extinct within our lifetime.

The rhino is another pachyderm in crisis. Only 12 countries across continental Africa still have wild populations, with over 98 percent of the remaining individuals found in just four range states. The population of white rhinos is estimated to be slightly more than 20,000, earning them a rating of “Near Threatened” by the IUCN (International Union for Conservation of Nature and Natural Resources), due to the escalated threat of poaching and illegal trade in rhino horn. The black rhino population, rated “Critically Endangered,” is estimated at less than 5,000, having declined approximately 97.6 percent since 1960. Poaching is on the rise, and the price of rhino horn has now outstripped the price of gold. South Africa alone lost 1,215 rhinos to poaching last year, up from just 13 in 2007 — a 9,000 percent increase in less than a decade. 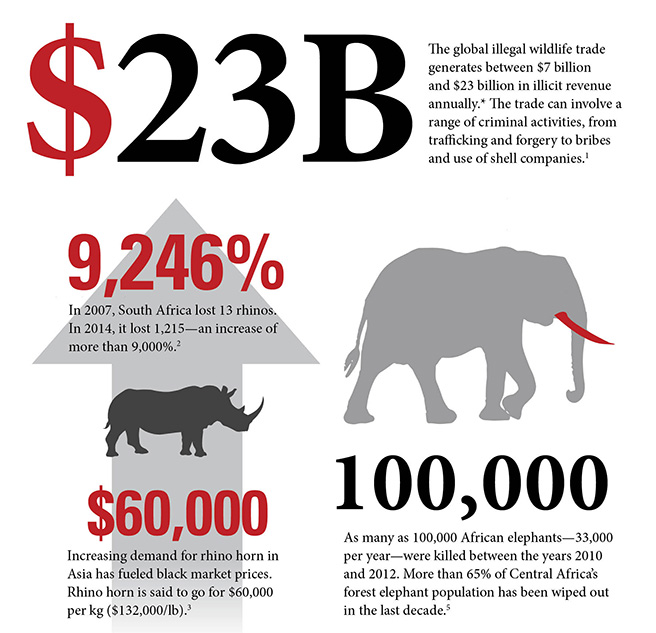 Or, consider Africa’s great apes. The continent is home to four of the world’s six great ape species: the bonobo, the chimpanzee, the mountain gorilla and the lowland gorilla. Nine subspecies exist among the four species groups, and all nine are classified by the IUCN as either “Endangered” or “Critically Endangered.” Major threats to these apes — some of our closest evolutionary relatives—include bushmeat hunting and the illegal live animal trade. In fact, over 3,000 great apes are thought to be captured, confiscated, lost or killed each year due to illegal trade.

Habitat loss is another threat to these fascinating species. Africa is home to 17 percent of the world’s forests, including the Congo basin forest, the second largest tropical forest in the world. Yet deforestation across the continent is occurring at four times the rate of the global average. In the past two decades, 200,000 square kilometers of ape habitat has been lost, the result of increased logging, small-scale mining, palm oil plantations, and other extractive industries.

A Cause for Global Action

Of course, these numbers just scratch the surface of the current plight of Africa’s wildlife. The continent’s biodiversity is unparalleled, comprising one-quarter of the world’s mammals and over a fifth of its birds — all of which are being affected by human actions both on the continent itself and also around the globe.

“I can’t imagine losing elephants and rhinos,” Psihoyos said to those of us meeting with him in DC, “but that’s what’s happening.” He’s right, of course, but he’s also correct in saying that we have the ability to right the ship before it’s too late. “I want to do something big,” he continued, “we’re the only generation left with the time to solve this issue.”

It’s great to see an accomplished filmmaker like Psihoyos determined to use his talents to spark movements of change, and it’s even greater to see his belief in the achievability of success.  “We’re so much more powerful if we work together,” he noted, pointing to the necessity of an all-hands-on-deck approach. In the spirit of global teamwork, AWF remains as committed as ever to our mission of ensuring that Africa’s wildlife and wild lands endure forever.

This article was originally published on the African Wildlife Foundation’s blog, here.