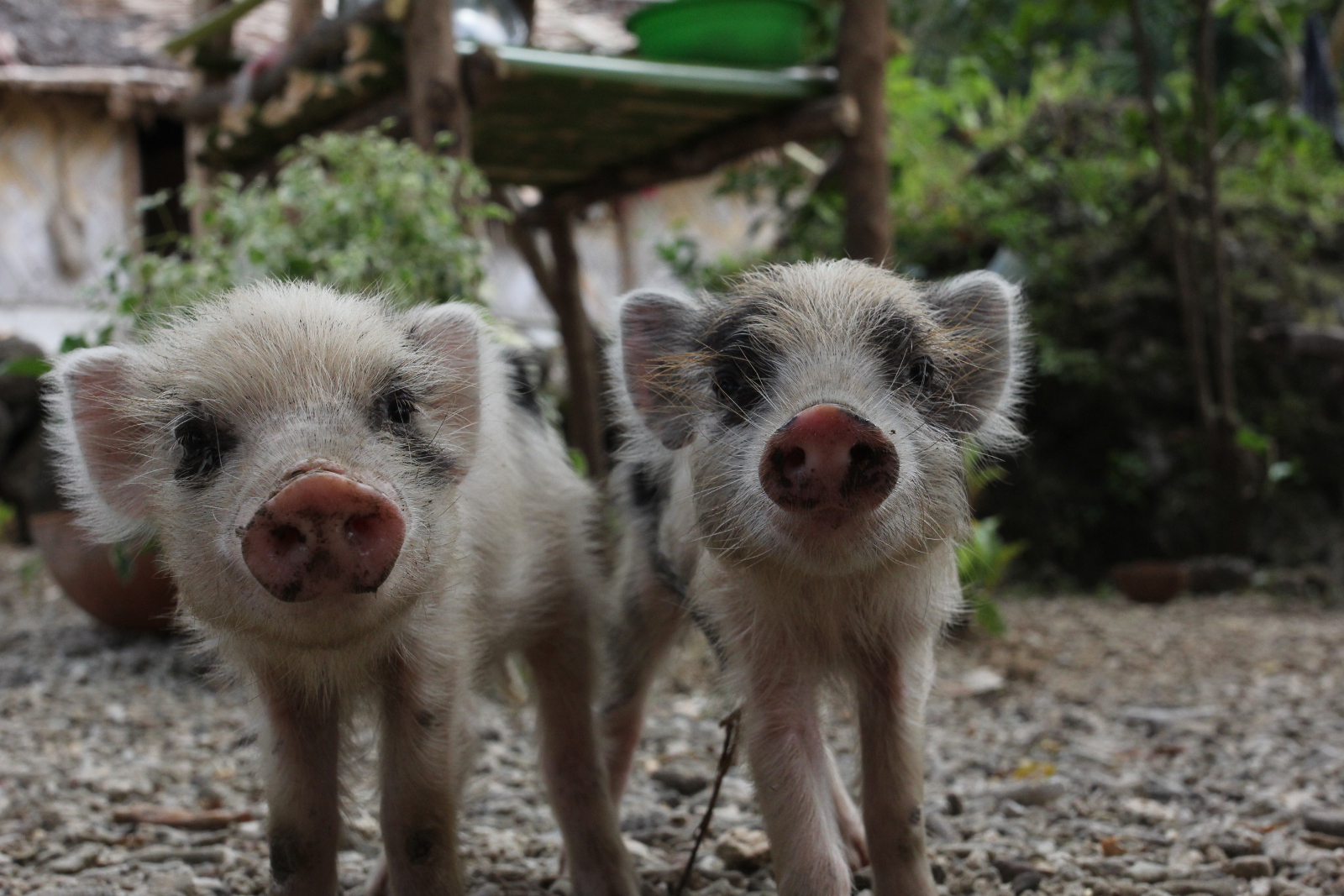 Two weeks after Cyclone Pam tore through Vanuatu, we’ve completed our initial assessment of the needs of animals affected by the disaster and we’ve been delivering urgent aid to those that are suffering.

We’ve seen multiple animal injuries and deaths from falling trees and structures. Our vets have also treated pre-existing conditions made worse by the Category Five storm. 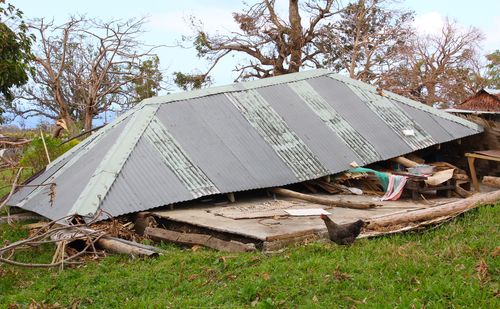 But for the surviving animals, it’s the growing food shortage that poses the biggest threat across multiple islands reeling in the wake of the worst disaster of this kind in decades.

In Lokopui village on the northern tip of Epi Island, we met with church leader David Sam, 35, who told us not since 1951 had they experienced a disaster even approaching this scale of destruction. He said that Cyclone Pam was the worst they had ever suffered. 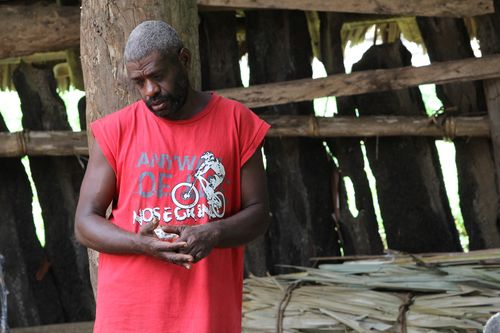 Thankfully no one in Lokopui were hurt during the storm, but sadly one of the village’s sows was killed by falling tree, and more than ten chickens lost their lives in the chaos. With no shelter big enough to accommodate all the animals, they were set free from their tethers and pens to try and survive the night on their own. 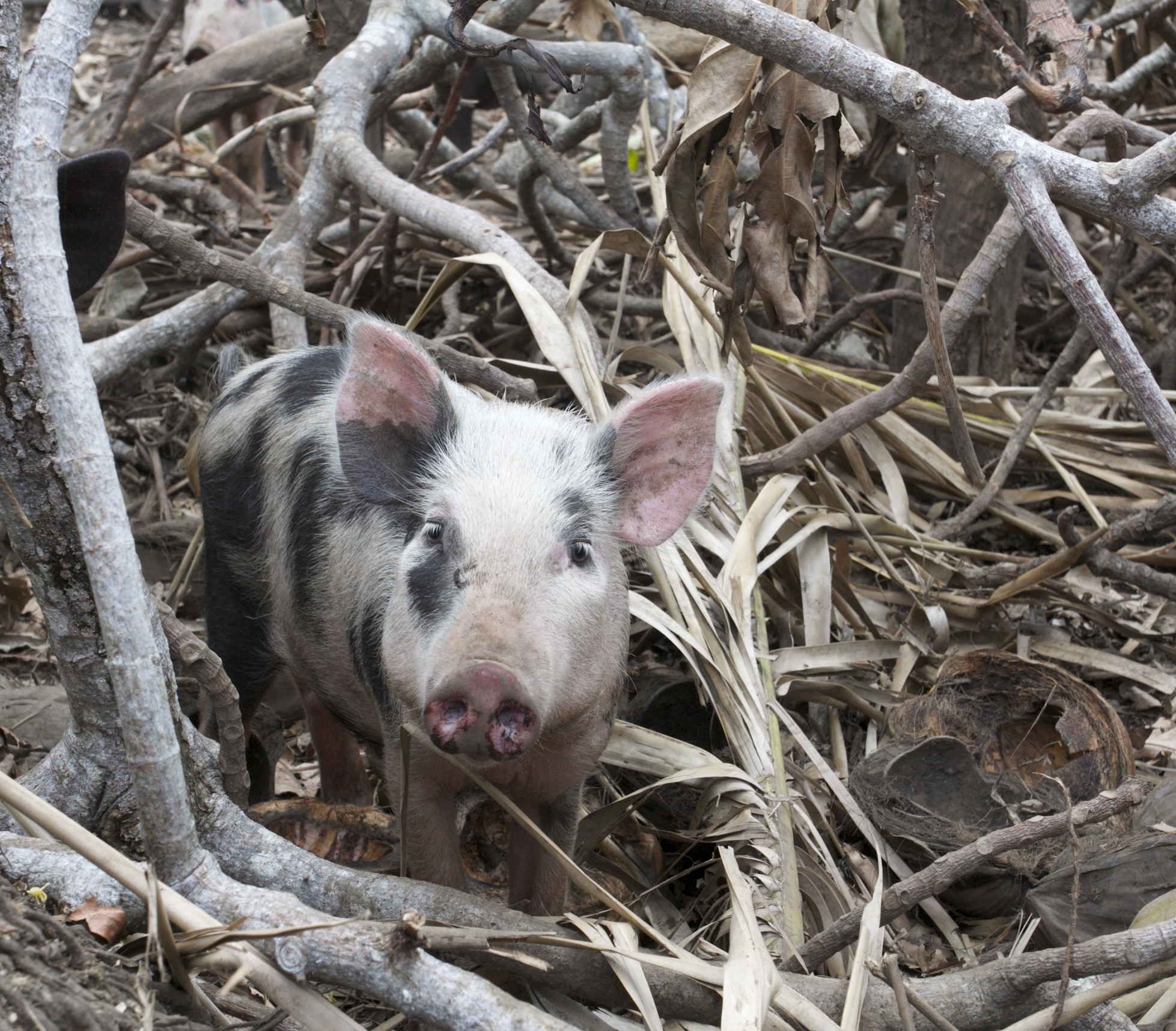 In the days that followed, one of the village puppies developed a fatal respiratory disease – a problem we’d seen in other villages around the island.

David’s 80-year-old mother, Nadi, spoke emotionally about the dire situation she and her community were facing.

“Our lives are destroyed,” said Nadi. The cyclone’s destructive winds have wiped out the crops the people and animals of Lokopui rely on to survive. “How do we get our food or our lives back?” 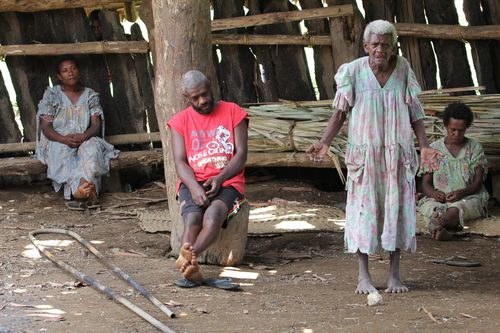 The food situation here is rapidly becoming critical. Many animals are staying alive only by eating the remaining coconuts in Lokopui and rural communities across dozens of islands. We’ve advised farmers to spread these out as much as they can until our emergency feed arrives. 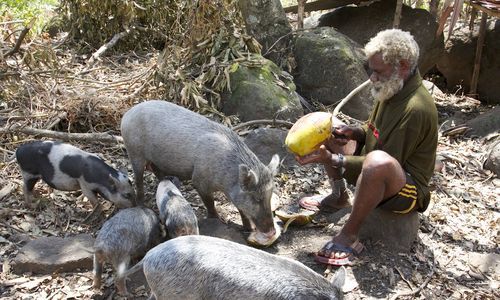 In two weeks, the food will run out for the animals. People and animals all over the country are facing this problem of food security. Eighty percent of families in Vanuatu rely on their animals and crops for their livelihoods. When the cyclone damaged those crops, the situation was made even more terrible.

Protecting animals in the wake of a disaster is critical to safeguard their welfare and help communities rebuild. World Animal Protection is helping protect animals in Vanuatu by delivering emergency feed for animals that are in desperate need. 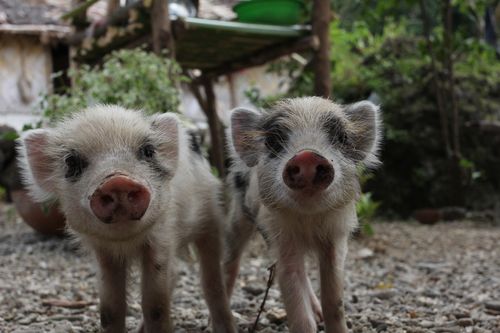 You can help World Animal Protection send supplies for the communities in need by making a donation, here.