How to Save the Bobcat – and Benefit Its Human Neighbors

It’s time to change the rules surrounding bobcat management across North America — for the sake of this beautiful wild cat, but also for the people who live amongst it. If hunting and trapping limits evolve to ensure bobcats are abundant enough to support not only sportsmen but ecotourism and ecological stability, too, the cats would receive better protection and everyone would have equal access to shared resources.

This is the conclusion of a Panthera paper published in Biodiversity and Conservation that compares the economic values of two Yellowstone National Park bobcats in Wyoming: one used as a tourist attraction and one killed for its pelt. The results of the study — written by Panthera Puma Program Lead Scientist Mark Elbroch, Ph.D., in collaboration with the educational organization Wyoming Untrapped — indicated that bobcats are worth more alive than dead. 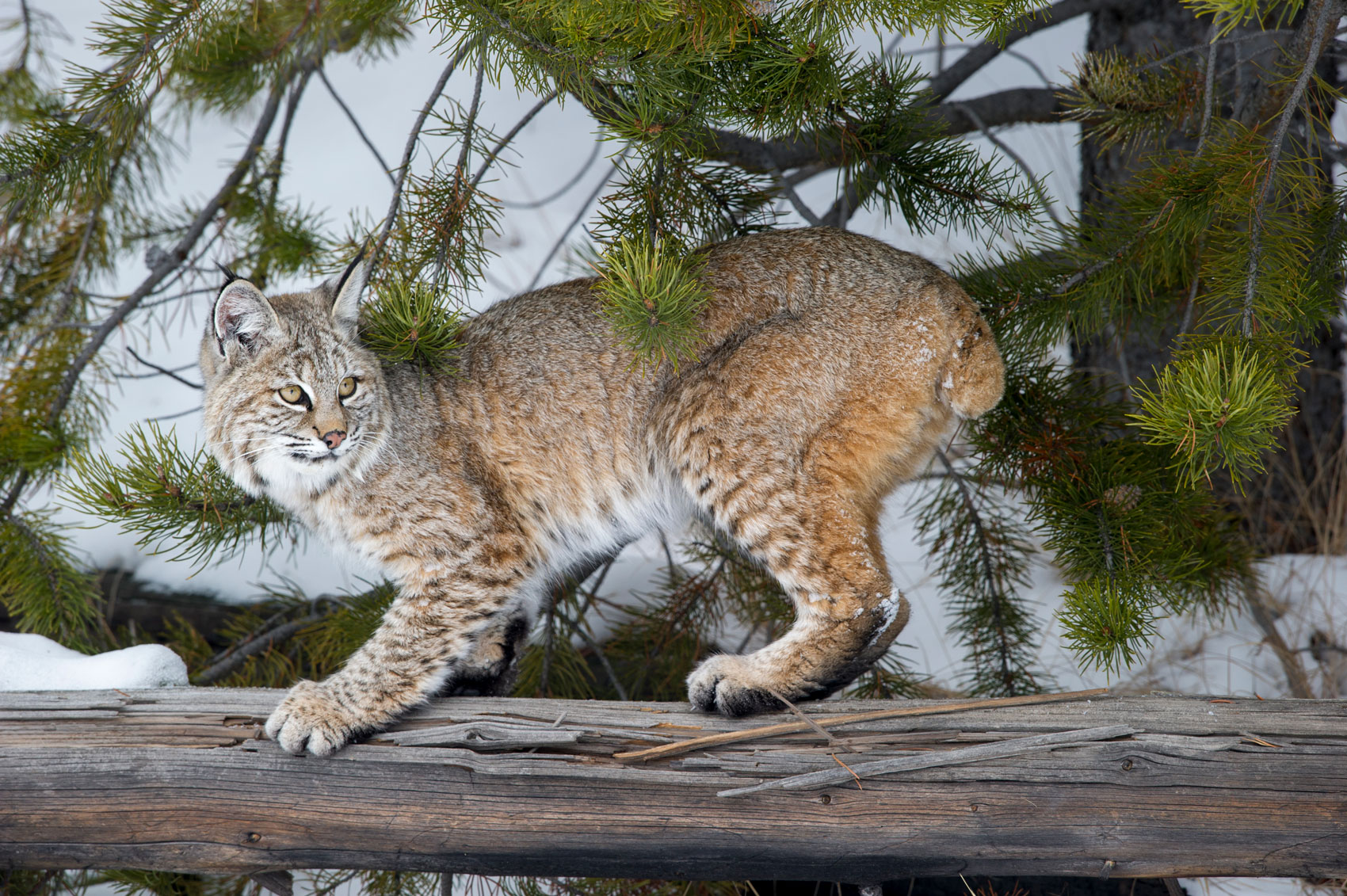 The Madison River bobcat walks along a log in Yellowstone National Park.

Although bobcats are not common in Yellowstone, one in particular has long been visible along the Madison River in the winter, when it follows waterfowl congregating around hot springs. This individual is touted as an ecotourism and photography draw.

The scientists surveyed 20 outfitters who bring tourists to the river and 33 photographers who traveled to find the cat in the winter of 2015-2016. To estimate the economic worth of the animal, they combined the photographers’ expenses with what they’ve earned through photo sales.

They found that the Madison bobcat had an economic value of $308,105 — a figure nearly 1,000 times greater than the average exploitive value of $315.17 per bobcat trapped or hunted in Wyoming that same year. If it survives the summer season in Yellowstone, the Madison bobcat could generate the same figure again the following year. 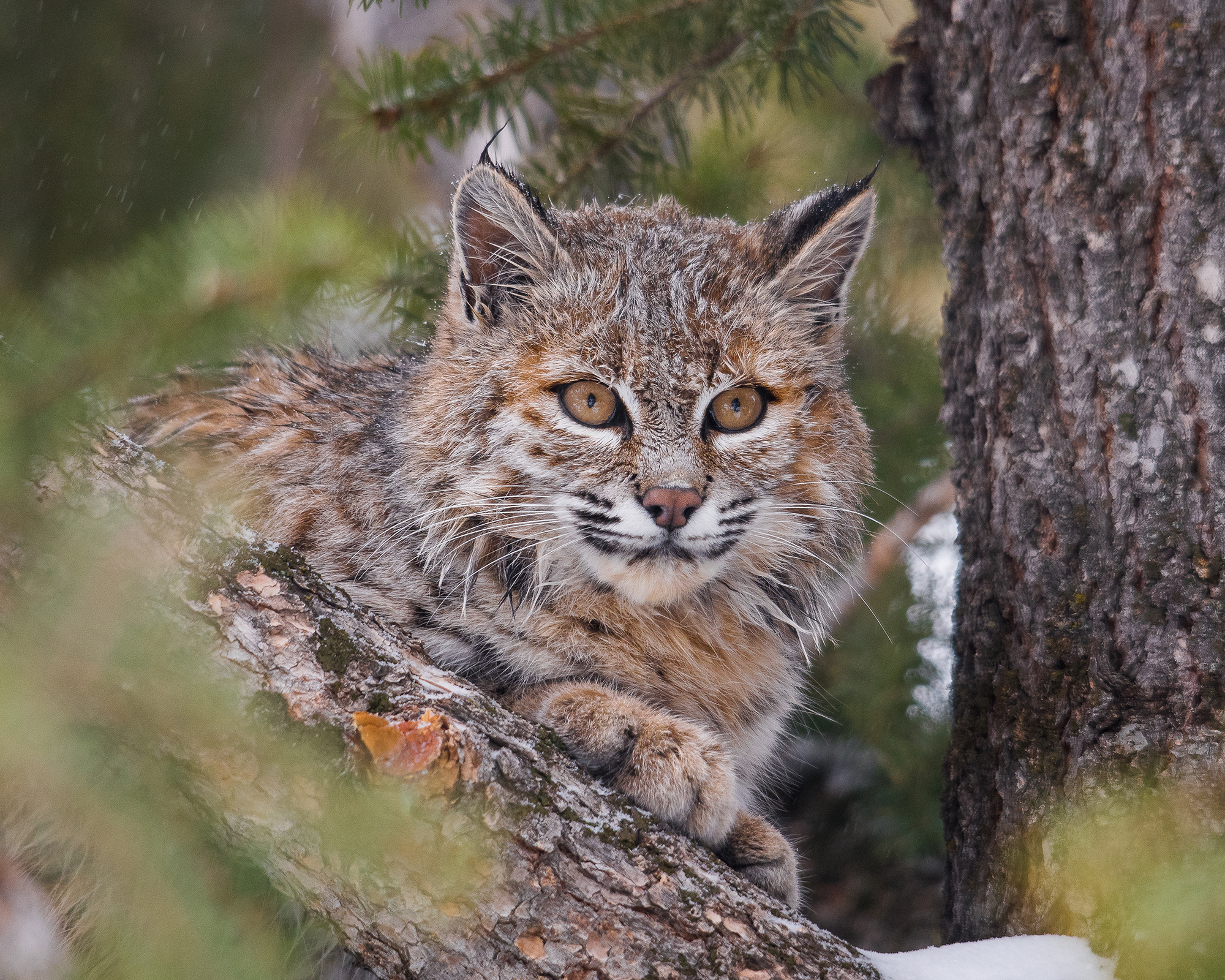 The Madison River bobcat sits in a tree in Yellowstone National Park.

Indeed, over its life, this one bobcat could generate well over $1 million in economic activity, shared across countless people involved in travel and tourism.

“And this says nothing of the joy that this bobcat brought to those who glimpsed it stalking, crouching, and pouncing in natural habitat,” Dr. Elbroch said, “or the ecological contributions it made to Yellowstone as a hunting carnivore.”

In 2016, tourism generated $3.2 billion in Wyoming and became the second largest industry in the state. Ecotourism for bobcats is now active in Point Reyes National Seashore in California, Yellowstone National Park, and California’s southern coast range. 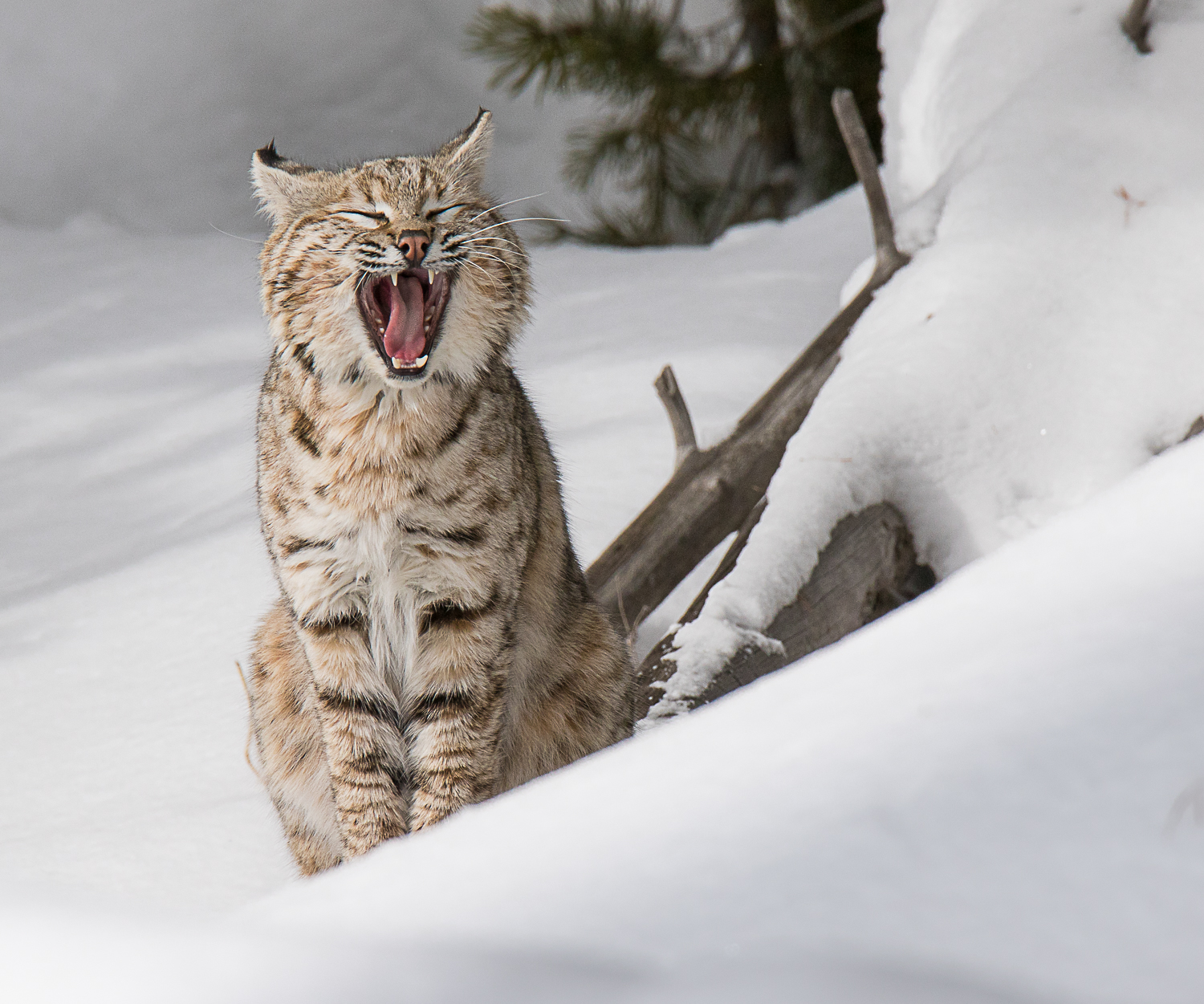 The Madison River bobcat brings in a whopping $308,105 a year – just by being itself.

Dr. Elbroch says more and more photographers are being lured by the prospect of catching bobcats in their lenses — a sign that cultural values around the world may be shifting.

“It’s a strange dichotomy to ponder,” he said. “A larger part of modern people in developed countries do not participate in hunting, trapping, or fishing — and so are considered ‘non-consumptive’ users of shared wildlife resources managed in trust by federal and state agencies.”

In Brazil, ecotourism is driven by jaguars and many other plant and animal species. Read a paper by Panthera Research Fellow Fernando Tortato documenting the monetary value of retaining a healthy jaguar population in the Pantanal here.