How to Bird-Proof Your Windows to Protect Our Feathered Friends 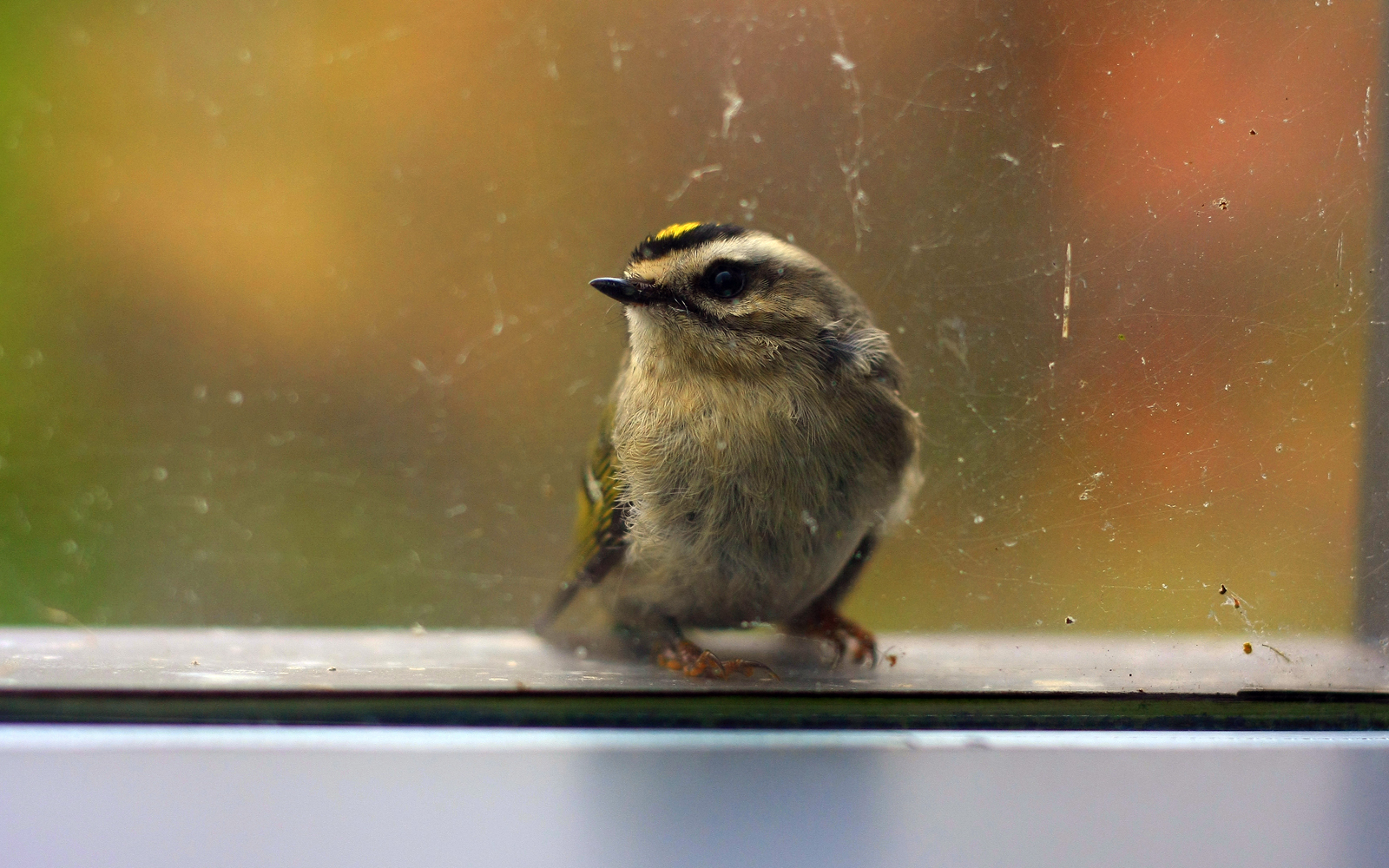 It is estimated that between one hundred million and one billion birds in the U.S. die each year from colliding with windows. Confused by reflections of trees and sky and the transparency of clean glass (or by the false beacons of indoor lighting at night), birds of all feathers will try to fly through what they perceive to be an open space only to wind up either stunned or dead. Migratory birds are particularly vulnerable, since they are less used to the presence of windows and glass than their urban-dwelling brethren, and many victims are songbirds whose populations are already dwindling. The real kicker? Roughly half of these deaths occur at residential homes.

Happily, there are a number of easy ways you can bird-proof your own home to prevent future window-strikes.

One of the easiest methods is to apply something directly to the windows. Decorate them with creative decals, or go for a simpler look by applying small bird markers (small dots or squares) in a pattern on your windows. FLAP (Fatal Light Awareness) Canada recommends that markers be spaced no more than two inches apart. Another option would be to buy a window film with either a patterned or frosted look. Window films come in all shapes and sizes; choose between full window covers and patterns of stripes, squares or circles to create an effect that is both stylish and bird-friendly.

You can also make your own patterns with decorative tape or glass paint. Try applying UV liquid, which purportedly dries clear on glass and reflects the UV rays which birds can see but humans cannot. If you happen to be remodeling or replacing your windows, spring for UV-reflective, angled or fritted glass.

If you’re not keen on paint or stick-ons, focus on what hangs next to your windows instead. Leave unused windows covered, and be sure to close shutters, shades or curtains before you turn on your indoor lights at night. Try leaving shutters or blinds half-closed during the day, or consider investing in (or making) a simple wind curtain – a set of long strings which hang about five inches apart outside windows and doors. The strings move with the wind, catching birds’ attention and deterring them while creating only a minimal visual barrier for human window-gazers.

Screens or netting are perhaps the most effective bird-proofing tools of all. Aside from keeping insects and other unwanted visitors off of a porch or balcony, they are highly visible to birds. Best of all, they provide a flexible cushion to help protect even the most wayward fliers from severe injury. Note that it is best to keep about two inches between the netting or screen and the window; otherwise, the “cushioning” effect of the screen won’t work as well. Small-mesh netting is preferable, as it is less likely a bird will become trapped in it.

In addition to screens and netting, the placement of objects like bird feeders and bird baths is also an important consideration. It’s best to place these objects either within three feet or over 30 feet away from windows. Why? Placing them nearby prevents birds from building up enough momentum to hurt themselves if they should try to fly to the window from the bath or feeder, while placing them far away reduces the incentive to do so.

If you have indoor planters, do not place them directly inside a window; birds may see these as potential safe havens and will try to fly towards them. The same goes for fish tanks or cages containing small animals that would normally be food for predators like hawks or owls. Placing them next to a clear window may trick these birds into thinking they have a clear shot at some easy prey. Considering the speed at which many of these birds can attack (a peregrine falcon can reach up to 240 mph), such a temptation is nothing short of deadly.

Finally, if you find a bird that has been stunned or injured by a window-strike, do not to handle it with your bare hands. Wear gloves, and wrap the bird in a small, soft cloth. Place it in a cardboard box or paper bag with air holes and keep it in a warm, quiet place away from loud noises and activity. Check on the bird every 15 to 30 minutes, periodically taking it outside and opening the container to allow it to fly away when it is ready. If the bird is obviously hurt or does not fly away (or proves unable to) within a couple of hours, contact a local wildlife rehabilitator. Click here for a few number you can call.