How an Ecosystem – and Its Tigers – Bounced Back in India 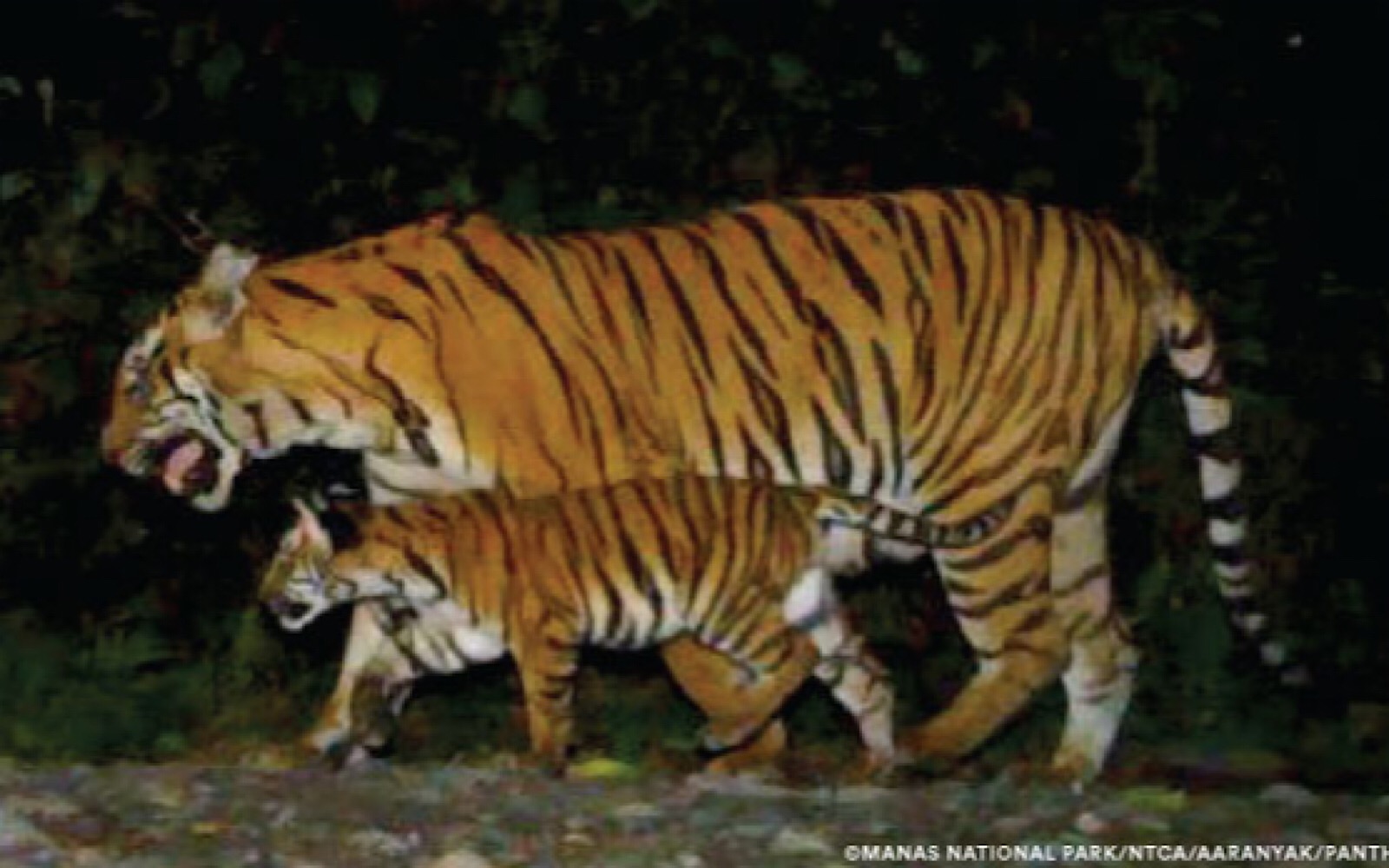 When I began my visit to Manas National Park  — one of India’s most magnificent and potentially important landscapes for tigers — six years ago, it was against a backdrop of violent civil unrest.

One of the world’s greatest treasures — it was declared a World Heritage Site in the ‘80s — Manas was once known for its abundant wildlife, including tigers and rhinos. But throughout the ’90s, it was scarred by tragedy as the Bodo indigenous community launched a separatist movement, leading to nearly two decades of turbulence.

Separatists who dominated the national park and vicinity poached for subsistence and to allegedly generate funds for their struggle. This devastated rhinos, while tigers and their prey were diminished to remnant populations.

As the unrest settled down, conservation activities began anew, albeit tentatively. In 2006, rhinos were reintroduced, marking the beginning of a new hope for Manas — but this was dampened when members of an international NGO were kidnapped for ransom in 2011 and a few reintroduced rhinos were poached. The hostages were released, but conservation activities suffered.

The Tide Turns for Tigers

Then, in 2011, a regional NGO called Aaranyak reached out to Panthera for help. We began a long-term partnership.

M. Firoz Ahmed, a herpetologist turned tiger specialist, accompanied me on my trip. I was apprehensive of the political environment, but I soon found myself stunned by the beauty of vast grasslands flanked by lush tropical forests housing trees dripping with orchids of every shape, size and color imaginable, and hundreds of birds flitting about their branches. 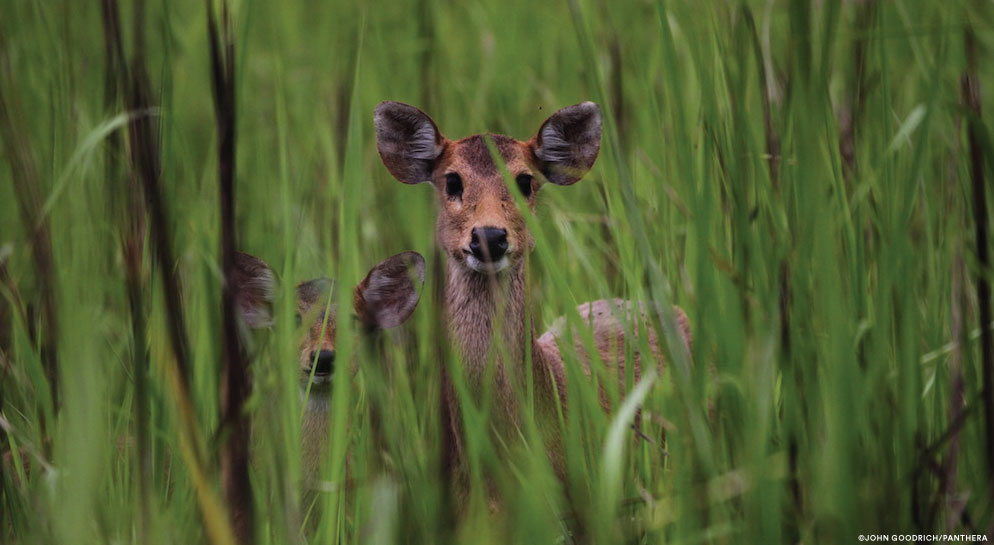 The foothills of the Himalayas rose majestically from a low layer of clouds across the border in Bhutan’s Royal Manas National Park. Later, we would see gaur (the largest wild cattle species), several hog deer, sambar deer, porcupines, a variety of other prey and, finally, tiger tracks. Otherwise, wildlife were few and far between — the result of years of heavy persecution.

Still, the potential here was amazing. Clearly, this park could support some of India’s — indeed, the world’s — highest tiger densities.

A Slow Start to Save the Species 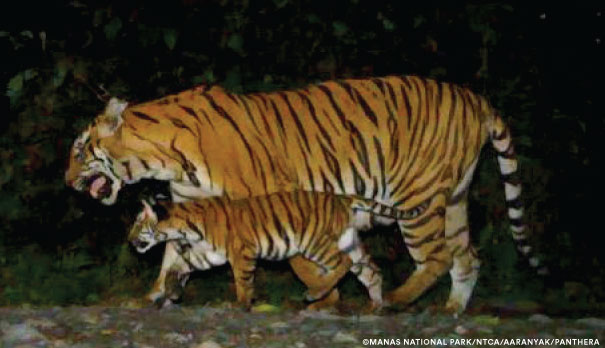 We began by documenting numbers of tigers and their principle prey with PantheraCams, resulting in tiger estimates every year. But armed insurgents camped in the park‘s western range prevented anti-poaching patrols from protecting the tigers until 2015, when they cleared out.

At that point, we began work with the Indian Forest Department and Aaranyak to improve security for wildlife in the park. Today, an elite mobile team, the “Manas Tigers,” patrols the park and uses a Belgian Malinois dog trained to track and take down poachers.

Aaranyak has also implemented the Manas Tiger Conservation Programme, a community livelihoods and education program — supported by IUCN-KfW and implemented in partnership with the Forest Department, Panthera, and Wildlife Conservation Trust of India — that integrates protection, conservation, and research.

If poachers are caught on cameras set for tigers, the information is passed to law enforcement. Or if a forest patrol captures someone illegally collecting food or firewood in the park, they share the information with the Community Livelihood Team, and those in need become beneficiaries under a program to reduce dependence on forest products.

As a result of all these activities, tiger numbers have doubled since we began in 2011.

This once again proves our conservation model: Give tigers space, prey, and protection, and they will thrive. It’s as simple as that.

An Ecosystem Bounces Back 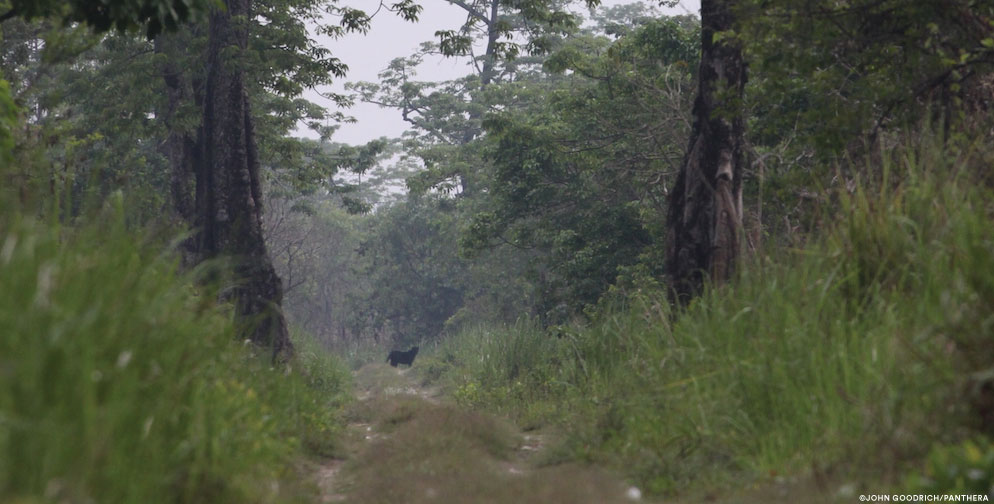 On the last day of that first visit in 2011, we were walking down the road when our guide, an enthusiastic young biologist named Anukul, pointed to a black shape moving toward us on the road 300 yards away.

I put my binoculars up and stood in awe as a melanistic leopard swaggered toward us, tail swinging lazily from side to side, and either unaware of or unfazed by our presence.

We watched for some minutes when, suddenly, with a graceful leap, it disappeared into the tall grass, leaving me with an image I would never forget.

Manas had captured my imagination. It truly is one of the world’s greatest treasures — and as I write, this once broken ecosystem is rapidly returning to its former glory.