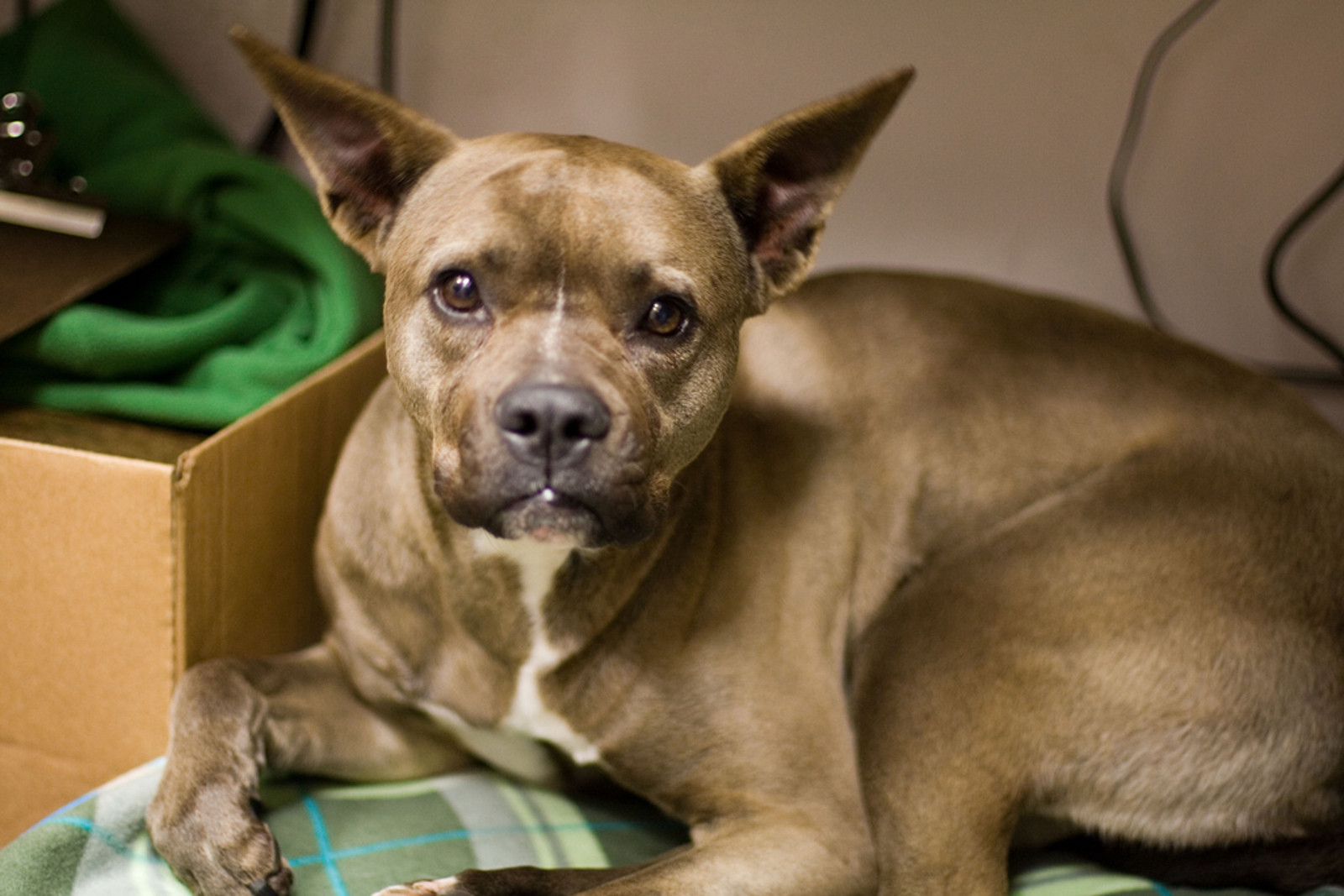 New research by Bristol University shows that aggressive behavior has almost nothing to do with dog breed and everything to do with their past and present caretakers. (There were a few slight correlations between breed and certain types of aggression, but these didn’t pertain to stereotypical “bully breeds.”)

Cesar Millan agrees with these findings. While promoting his new show, “Cesar Millan: Love My Pit Bull,” the host boldly compared euthanizing pit bulls to genocide. He has a point! Despite the Bristol University study and earlier research showing that breed specific legislation (BSL) is counterproductive, landlords and legislators continue to penalize stereotypically vicious dogs and their owners. Shelters are overrun with pit bulls and other breeds thought to be aggressive, but pet parents who might otherwise consider adopting a “bully breed” are intimidated by all the red tape involved in owning one.

Instead of making judgments about a dog based on its breed, perhaps we should look at their owners and ownership history. The following human behaviors are linked to dog aggression, but just like humans, most problem dogs can be rehabilitated to transform into their best selves.

The most obvious cause of dog aggression is intentional, malicious human aggression. Like many mammals, dogs have a fight or flight response to perceived threats. In an abusive situation, the dog is often confined to a cage or small area, or kept on a chain so there’s no option to run away. The only other option is to attack the threatening person in an attempt to stop their attacks. If a dog has an abusive guardian, he may learn to associate all people with pain and act aggressively as a defensive measure.

When animals are in pain, they can’t understand or tell you about the pain they feel, so they might start reacting aggressively toward the nearest person or animal, even if they aren’t the cause of their problems. It’s natural for a dog to fight in response to pain, because, as discussed above, their aggression can prevent future pain from abusers and attackers.  If a once gentle and well-behaved dog suddenly starts lashing out, it might be time for a trip to the vet. A dog will act like his old self again once his pain is cured.

Dogs that haven’t been “fixed” tend to fight for dominance in social situations, so owners should spay or neuter their pets to avoid this type of aggression.

Exercise is the best treat anyone could give a dog, but many people leading sedentary lifestyles forget how enjoyable a long walk can be. But for dogs, being outside, meeting canine companions, and smelling a buffet of scents is much more entertaining than any T.V. show.

As Cesar Millan always stresses, exercise burns off aggressive energy and leaves a dog’s mind calm, clear, and receptive to training. Taking a dog to a park or around the neighborhood will help socialize him with other people and dogs too.

Striking a disobedient dog clearly falls into the “abuse” category, but other good-intentioned but painful training tools, such as choke collars, can hurt dogs and cause them to react aggressively. Other forms of aggressive training, like rolling a dog onto his back, physically taking something from his mouth, or glaring at him, send frightening messages that he might perceive as threats.

The best way to train a dog is the same way to best teach children: have a calm and confident attitude and offer positive reinforcement as a reward for good behavior.

“Bully breeds” sometimes become aggressive dogs because people treat them like aggressive dogs. Gang members, for example, are attracted to pit bulls because of their status as a vicious dog, and these types of people tend to treat (or neglect) their dogs in a way that generates aggression.

BSL, a legal form of stereotyping, actually increases the problems it was designed to fight. Owners of banned or heavily regulated dogs may hide them instead of giving them up. These “underground” dogs are then denied basic veterinary care, exercise, and socialization and are in turn more likely to become aggressive.