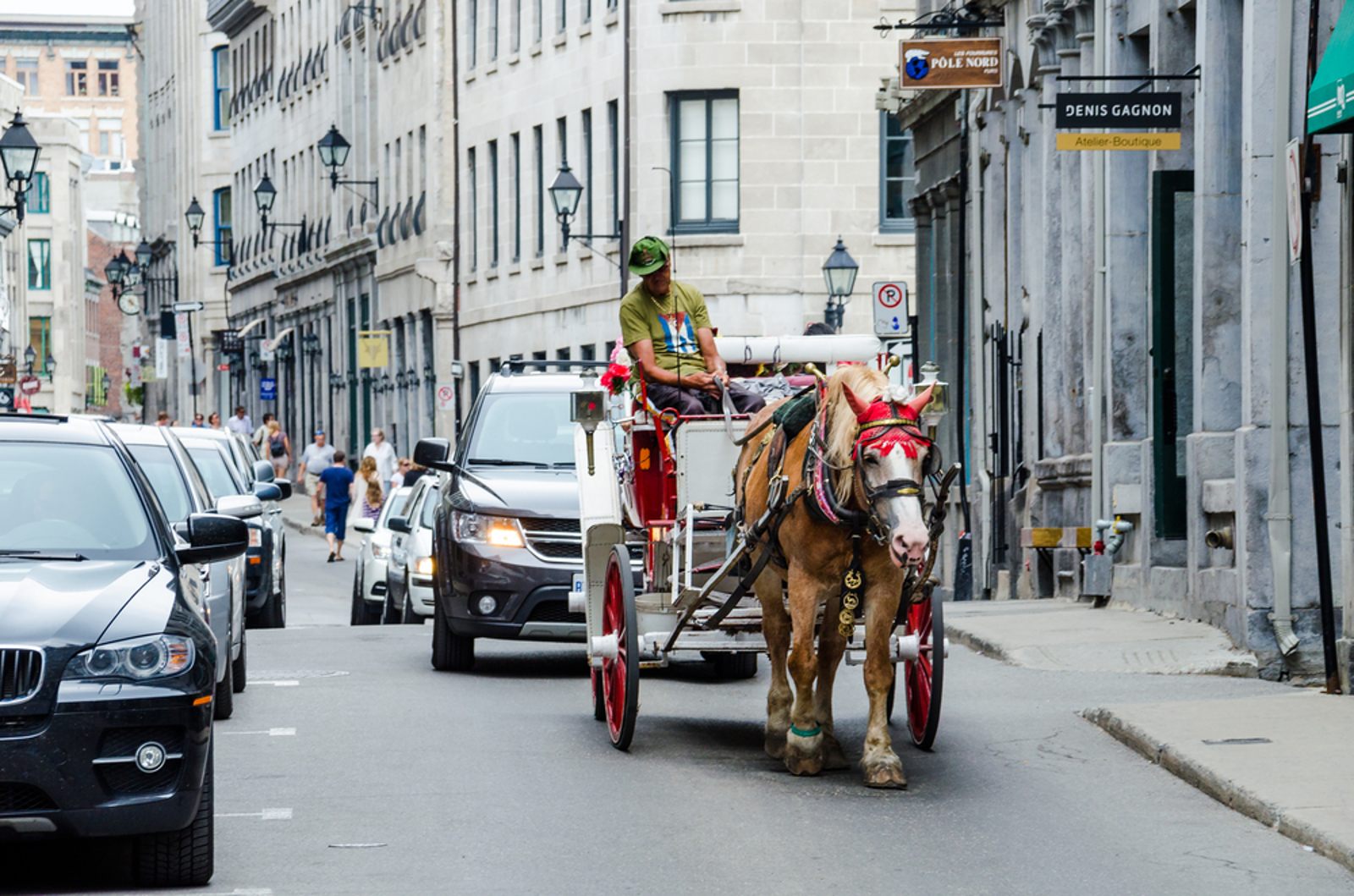 We have all seen the elegant draft horse decorated in colorful bows and bells hitched to a beautiful, bright carriage trotting through the city streets. Most often tourists are sitting in the back with smiles on their faces, enjoying a “romantic” journey. Caleche, or carriage, horses can be found in nearly every major city around the world as it is a popular tourist attraction that has existed for many years. It is an industry marred in controversy and is often at the center of heated debates.

As with any industry involving the use of horses, there are those that work hard to ensure their animals have a good life. At the opposite end of the spectrum are those that heed little regard to the welfare of the horses themselves, viewing them as mere objects with the sole purpose of monetary gain. Have you ever wondered about what life is like for these hard-working horses? Where are they kept when they are not working? Can anything be done to help them?

Over the last couple of years, the caleche industry of Montreal, Canada has been in the spotlight. In May of 2016, after a serious collision between a horse-drawn carriage and car, the Mayor immediately instated a one-year moratorium on the industry, just before the start of the season. Promises of strict improvements were made and a sense of hope was instilled in those working hard to change the industry. Unfortunately, this ban was quickly overturned in court after the drivers themselves made strong objections. It was not long before the carriages were back on the cobble-stoned streets of Old Montreal, even on the hottest days of summer.

Most recently, the Mayor has stated the city of Montreal will provide upwards of $500,000 to improve conditions for the horses in the form of new housing as well as uniforms for the drivers. It is all smoke and mirrors, truth be told. The new stable is reported to be a large tent and the drivers have turned down the uniforms, a means of promoting a “better image.” This investment will not be used to help the welfare of the horses in any way. They will continue to suffer, live in deplorable conditions, their freedom denied.

Between 2009 and 2015, 16 caleche horses in Montreal alone died – and their deaths all showed strong similarities. Research has found keeping horses in stalls for long periods of time is detrimental to their health and well-being. This is not a new concept considering horses are highly social animals, forming strong bonds with herd members. They simply do not do well on their own. Denying them access to pasture and interaction with other horses is cruel. Sadly, the life of a carriage horse is lonely and often filled with misery. One such story stands out, that of sweet Adelia – the most recent casualty. 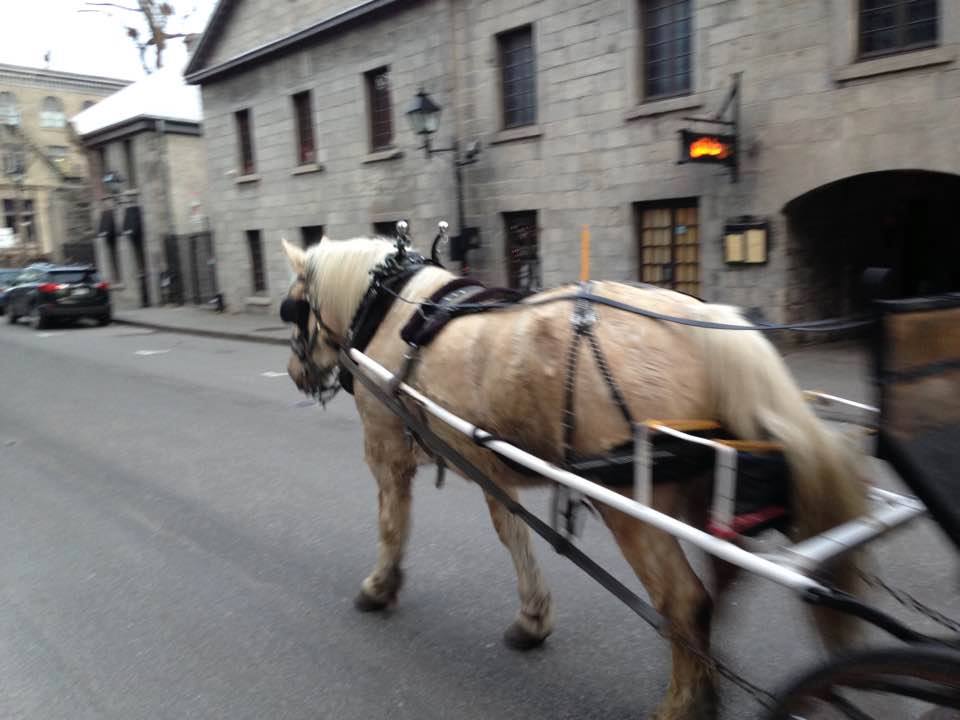 Adelia was one of the older horses used to pull carriages full of tourists through the streets of Montreal. She was 25 years old when she passed away on New Year’s Eve. She spent her life working to make a profit for her owner, never knowing what it meant to simply be a horse and be free. She had been sick for years and spent some time being rehabilitated at a so-called “sanctuary,” only to be returned to the streets when she should have been allowed a peaceful retirement. Adelia died alone in her stall instead of being surrounded by caring, loving people. Her story was brought to light with thanks to the dedicated people of the Anti-Caleche Defense Coalition and those individuals that have born witness to her mistreatment, documenting along the way.

Along with numerous complaints, her death and many others were reported to MAPAQ (the ministry of agriculture and fisheries in Quebec, Canada), an organization that has been successful in condemning two of the three stables operating in Montreal – thereby shutting them down.  A third one remains.

You can help. If you witness a caleche horse being abused or mistreated, take a photo or record a video. Take note of the caleche number, driver or horse ID, and file a complaint with either the city or the humane society. In Montreal, complaints can be made directly to the MAPAQ or the SPCA.

Using horses (or any animal) for our own entertainment is archaic. As César Chávez once stated, “we know we cannot be kind to animals until we stop exploiting them.”

It is time to recognize them as worthwhile beings and allow them to live with dignity and in peace. Those that have spent their entire lives serving humans should at least be allowed retirement at a sanctuary. Sadly for caleche horses, many will either die on the job or end up at being sold at auction and ultimately make their way into the slaughter pipeline. A few will make the journey to a sanctuary to live out their days enjoying complete freedom.

You can make a difference. Do not support the carriage-horse industry in any way. Sign the petition asking the Mayor of Montreal to replace the horse-drawn caleches with electric carriages. Support your local horse sanctuaries that are providing a safe haven and retirement home for those so deserving of one.