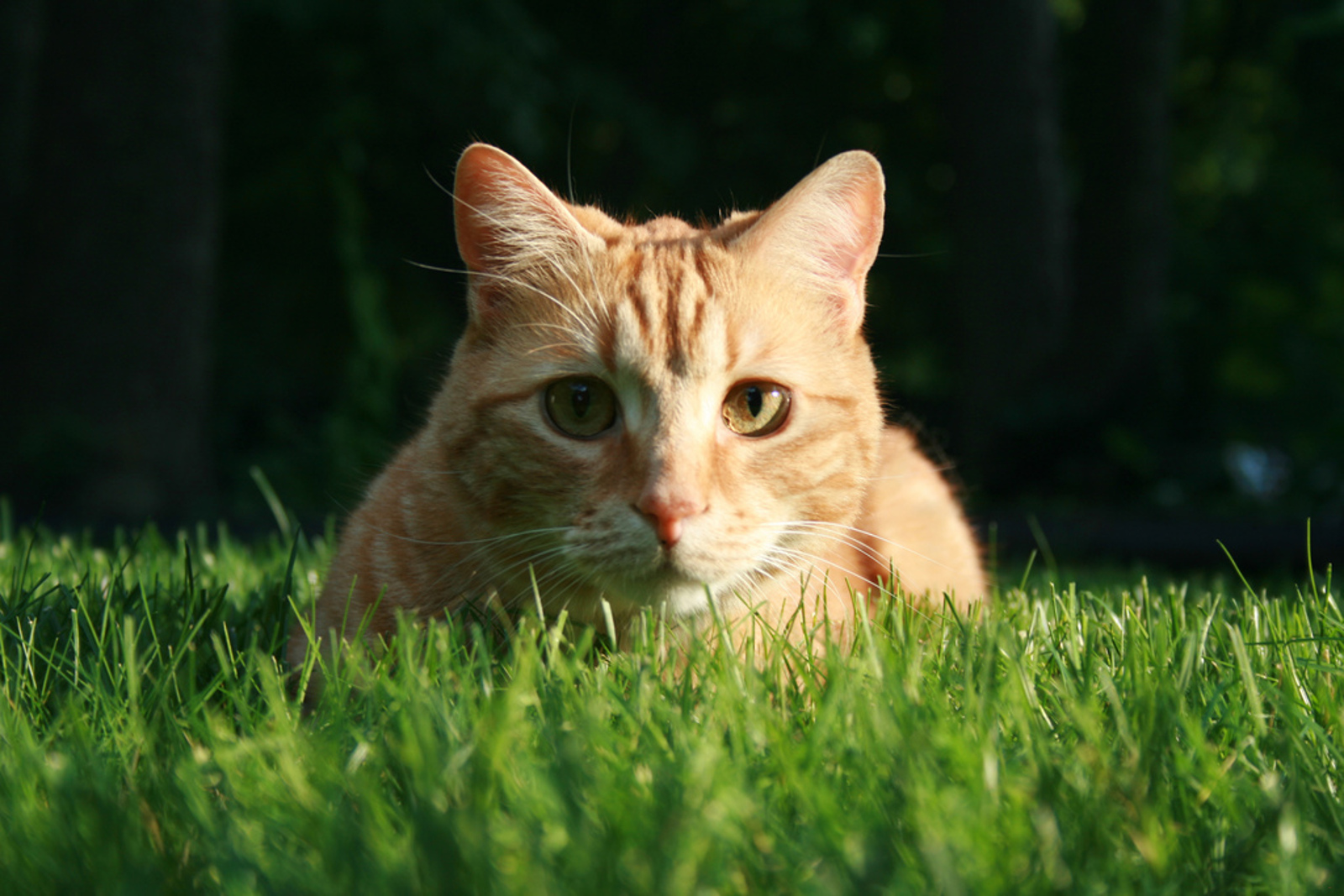 Cats are the second most popular pet in the United States. We share our homes, our lives, even our beds with them. Of the estimated 146 million cats in this country, half are our furry companions – the kitties who end up on YouTube, leaping in and out of boxes, interrupting our yoga practice, waking us up with a swift bat to the face. But what about the other half? The other cats who live outside of our houses, who call our cities and towns their “home?”

These cats are often unseen, having best adapted to life in the wild by avoiding humans altogether. These are feral cats – originally abandoned or lost domesticated cats that have reverted to a wild state and have bred and proliferated outside the confines of domestication. And proliferate they do! A pair of breeding feral cats and their offspring can produce up to 420,000 cats in a seven year period, and so it’s no surprise that these rising numbers influence the native ecosystem. As we know; cats are predators, feral cats largely fend for themselves and our local menu boasts a wide range of native wildlife.

How Feral Cats Influence Other Species

As a domesticated species distinct from their ancestors, feral cats are essentially an invasive species anywhere they are. This means that because they prey on native wildlife and have the ability to disrupt the natural ecosystem. Sadly, it is known that cats have caused the extinction of at least 33 species of bird globally. In the U.S., it is estimated that cats kill around one million birds every year – and these are conservative estimates.

Additionally, feral cat populations compete with other native predator species such as skunks, opposums, raccoons and foxes. Because humans are more accepting of wild cats, they are given a further advantage and can easily take over the territory of a native predatory species and grow unchecked.

Disease can also be a problem when the population of feral cats rises. Cats are susceptible to Feline Immunodeficiency Virus, Feline Infectious Peritonitis, rabies and common parasites. While a study in Northern Florida found that feral cats had similar prevalence of these diseases to companion cats, feral cats are much more likely to spread diseases and parasites to native wildlife.

How Can We Reduce Chance of Disease and Feral Cat Conflicts

Luckily there are a whole host of ways we can make life easier for the feral cats in our communities, which in turn helps out our native wildlife. But first, the cats.

Although supplementary feeding is not thought to completely eliminate cats’ tendencies to hunt, having an availability of good quality cat food (reducing the need to scavenge in garbage) can help support immune health and reduce the likelihood of disease contraction. Providing fresh water is also key.

In addition, we can provide shelter for the cats. This helps them get through the winter months, reduces their likelihood of coming into conflict with humans, and helps prevent injuries that may result from living somewhere structurally unsafe. If this is sounding like something you want to do, check out  Alley Cat Allies for in-depth information on how and where to construct feeding sites and shelters – a ton of information in one place!

TNR to Save the Day

“But, numbers!” you cry! “This doesn’t control the numbers of cats, if anything this creates the perfect conditions to watch the colony grow in size and produce adorable, fluffy kittens to set loose on our cardinals and cottontails!” Fear not – I’ve saved the best ‘til last.

TNR, Trap-Neuter-Return. You may have heard of it, and it’s an essential tool in reducing the number of feral cats in our communities, both for their own sake and for that of our ecosystem. I mentioned that one breeding pair of cats can produce 420,000 offspring in seven years. This staggering statistic goes to show why we have the duty to promote and encourage TNR programs.

The Humane Society of the United States (HSUS) support it, as well as multiple other organizations and agencies. You may even have a local feral agency which you can get involved in – check out this map provided by HSUS to find a TNR group near you.

Bringing down the numbers of litters produced brings down the affect feral cats have on wildlife and aids them in coexisting in a much less destructive manner. Let’s TNR!