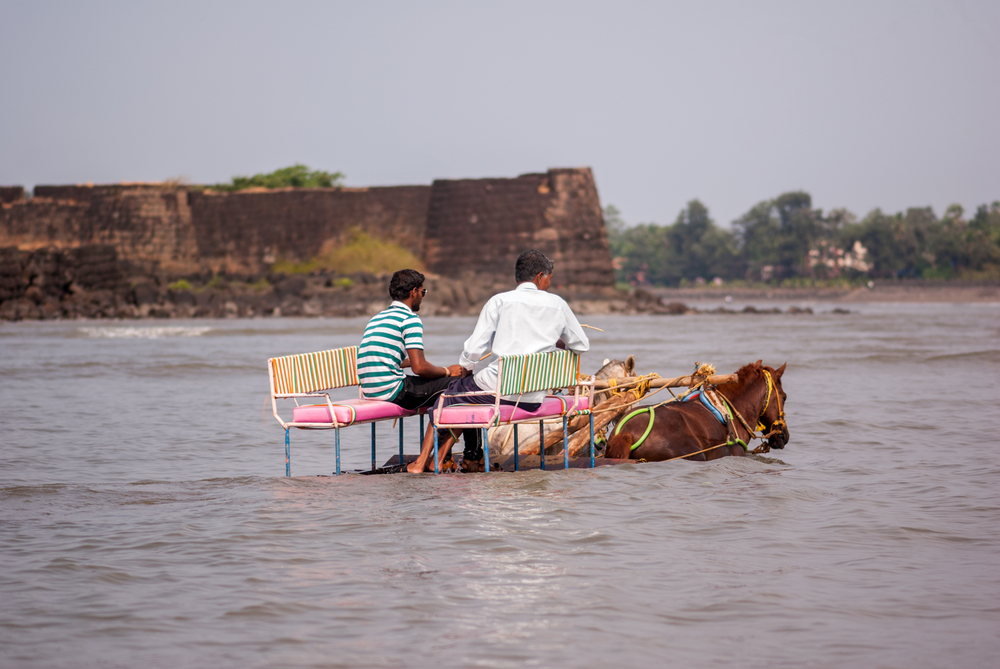 Alibag beach is a popular tourist destination in Maharashtra, India. On the beach, people pay money to take a ride in a horse carriage. Horse carriages present a lot of exploitation and potential abuse issues on their own just by the fact that the horses are forced to work in this way. But there is no doubt that the horses on Alibag beach are being abused. There are photos and evidence of the horses being forced to pull carriages with tourists through deep water.

Near Alibag beach, there is another popular site called Old Fort. Only boats are allowed to ferry passengers to the fort during high tide, which makes forcing the horses to cross the water lugging carriages is illegal. It’s also incredibly dangerous, causing physical pain and stress to the horses who have to spend much of their day pulling heavy weight through deep water.

Ambika Hiranandani, legal adviser to the Maharashtra State Animal Welfare board says they’ve received feedback from people about what the horses are going through. It’s dangerous to both people and animals because people can drown if the carriages overturn. Therefore, they’ve written to “Raigad collectorate to stop this dangerous practice under section 133 of the Criminal Procedure Code.”

Honorary district animal welfare officer, Mitesh Jain also says: “the officials should slap animal cruelty charges on the horse handlers at Alibag for forcing the animals to do such a deadly water stunt.” A Mumbai resident told Times of India that the horses looked very uncomfortable and some were limping, which meant that they are being injured doing this dangerous and cruel job.

It’s hard to imagine how people can put animals through such dangerous and cruel situations just for profit. But it’s unfortunately quite common. You can speak up against this kind of exploitation by signing this petition calling for an end to the cruel abuse of horses and other animals in the Egyptian tourism industry.