Horse Left to Die With Legs Zip-Tied Together 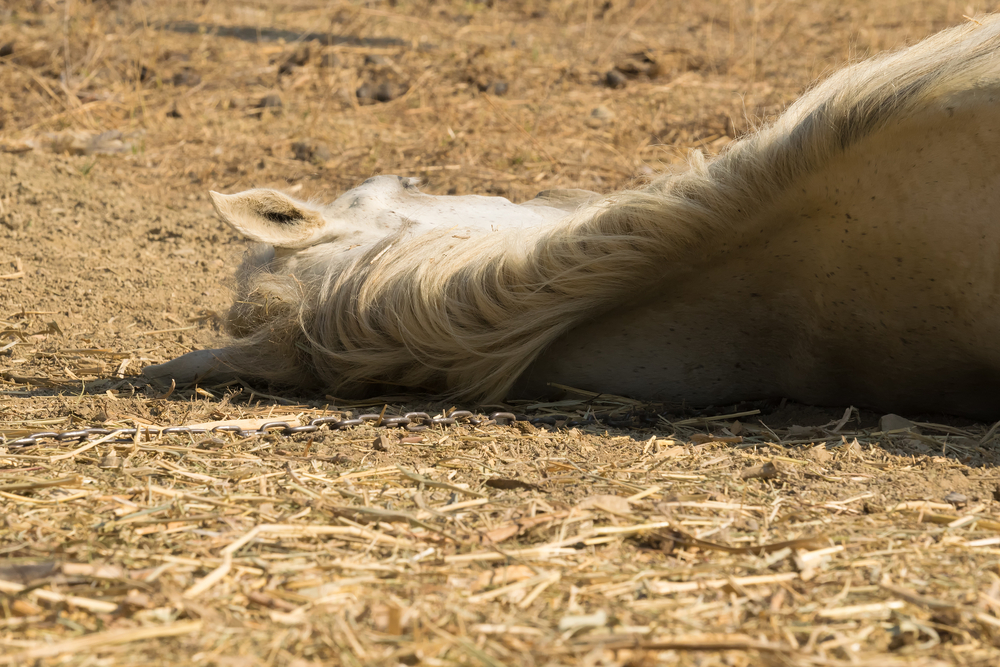 On February 1st, someone came across a horrible site — a horse who had been left to die at the side of a road in Buckinghamshire. But the horse wasn’t just abandoned. The poor horse’s legs were zip-tied together so that she couldn’t move and had zero hope of surviving.

Jaime Godfrey who is investigating for the RSPCA said: “It is very upsetting for everyone involved when animal bodies are dumped so callously like this as if they were rubbish.” Sadly, she wasn’t even microchipped making it harder to find who did this to her. They are hoping someone will come forward with information about where the horse came from or who might have done this to her.

The RSPCA rescues about 90 horses a month from neglect and suffering across England and Wales, according to Mirror. The RSPCA cites over-breeding, vet bills, and the cost of hay as some of the reasons for the equine crisis that has led to the abandonment of so many horses.