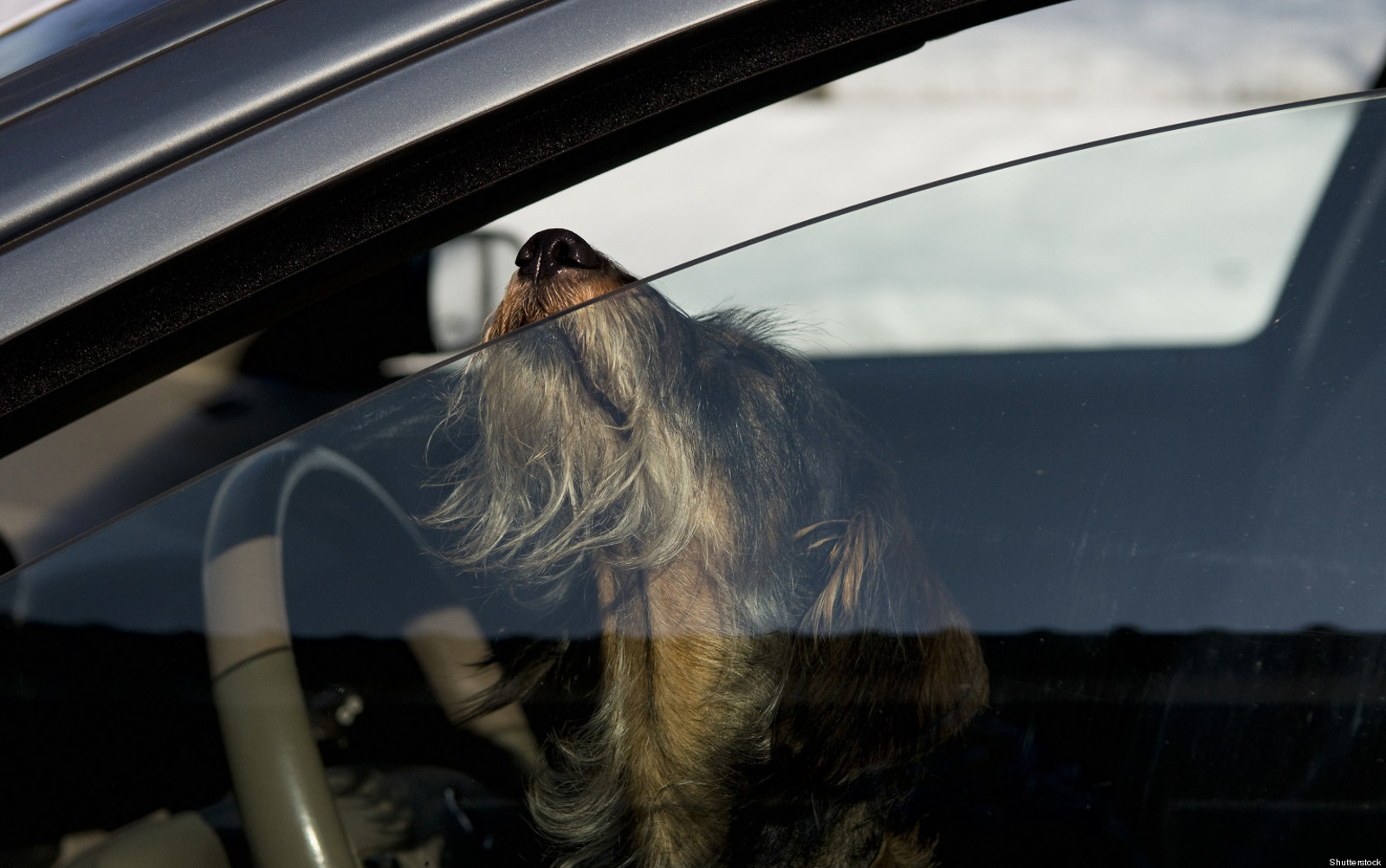 With the summer months almost upon us, there will no doubt be a lot of clueless or downright cruel people out there leaving dogs, cats and other companion animals alone in hot cars. Those of us who are aware of the problem know that leaving an animal alone in a hot car — even for a few minutes, even if the car is in the shade and the windows are cracked — is like leaving a human baby alone in a hot car. Even a few minutes in there can kill an animal. According to PETA, on a 78 degree Fahrenheit day, a car can easily reach the temperature of 100-102 degrees Fahrenheit in a matter of minutes. If external temperatures reach up 90 degrees Fahrenheit, it can get up to 160 degrees Fahrenheit inside of a car, making it a literal death trap for any living creature.

Depending on the city, county and state, Good Samaritans who try to rescue a pet from a hot car are either lauded as heroes (as they should be) or they are charged with anything from criminal trespass to breaking and entering. While it is without a doubt a good idea to brush up on laws where you live regarding leaving animals unattended in a car, there are certain steps that should be taken upon seeing an animal alone in a car on a hot summer’s day.

1. Write Down the Car’s Make, Model, and License Plate Number

If the car is parked near a building, go in and ask the front desk to page the owner of the vehicle. Receptionists, security guards and other front desk attendants are usually cooperative when asked to get a hold of someone.

2. Find an Authority Figure Nearby

Whether that is a police officer, security guard or parking lot attendant, ask them if there is something they can do to get the animal out of the car, even if that means calling someone else higher up on the chain of command. In many counties and states, leaving animals in hot cars is illegal, and in those situations they can break a window to get the animal out. 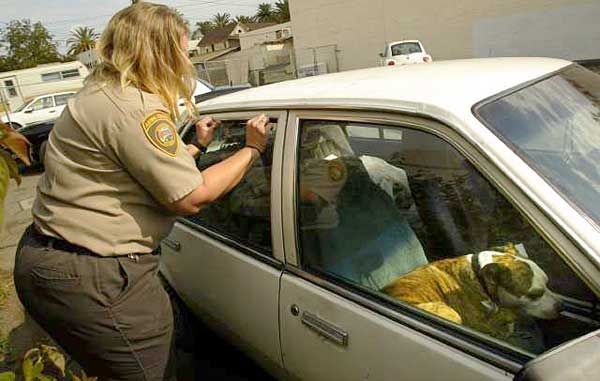 3. If no Officer is Nearby, call the Police

Police officers are usually in a position of authority to actually do something if no one else around you can or will be proactive about getting the animal in question out of the car. Not only can they rescue the animal, but depending on what the laws are in the area, they can usually press charges against the pet’s guardian. It might be a good idea to also look for others who can be “witnesses” to the animal’s distress and potentially testify against the reckless guardian if need be.

4. If the Police are Slow to Respond, Contact Animal Control

If the police are too slow in responding, try contacting your local Animal Control Center. Be sure to tell them that it is an emergency.

5. Watch for Signs of Distress in the Animal

Symptoms of heatstroke can be detected through the car window. If you notice the animal is restless, panting heavily, lethargic, has an unusually dark tongue (Note: Breed such as Chows and Sher-Pei’s have naturally dark tongues, not to be confused with heatstroke.), lack of coordination or bloody diarrhea. If you notice these signs then the animal is in severe distress and needs help immediately. 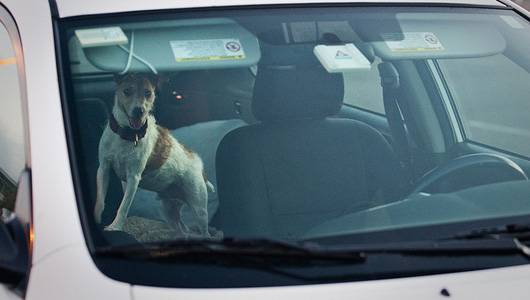 If the car is unlocked, take the animal out and get him or her to a cool area, preferably indoors or in an air-conditioned car. Give them cold water to drink to bring their temperature down and try once again to locate the guardian. It is also a good idea to contact a local vet center to have the dog checked out or to receive further instructions on how you can help the dog while you wait for their guardian to take over.

Reporting Abuse Can Save a Life

“If you see something, say something” is always a good go-to when you spot an animal in a car. It is up to us to hold one another accountable for the care of our beloved pets. While someone might not intend on harming their pup by running into the store for a quick errand, the sad reality is this seemingly innocuous action could cost the animal their life.

It is always best practice to leave Spot or Fluffy at home in the cool AC rather than bringing them with you to run errands.