Here’s How You Can Save Honeybees 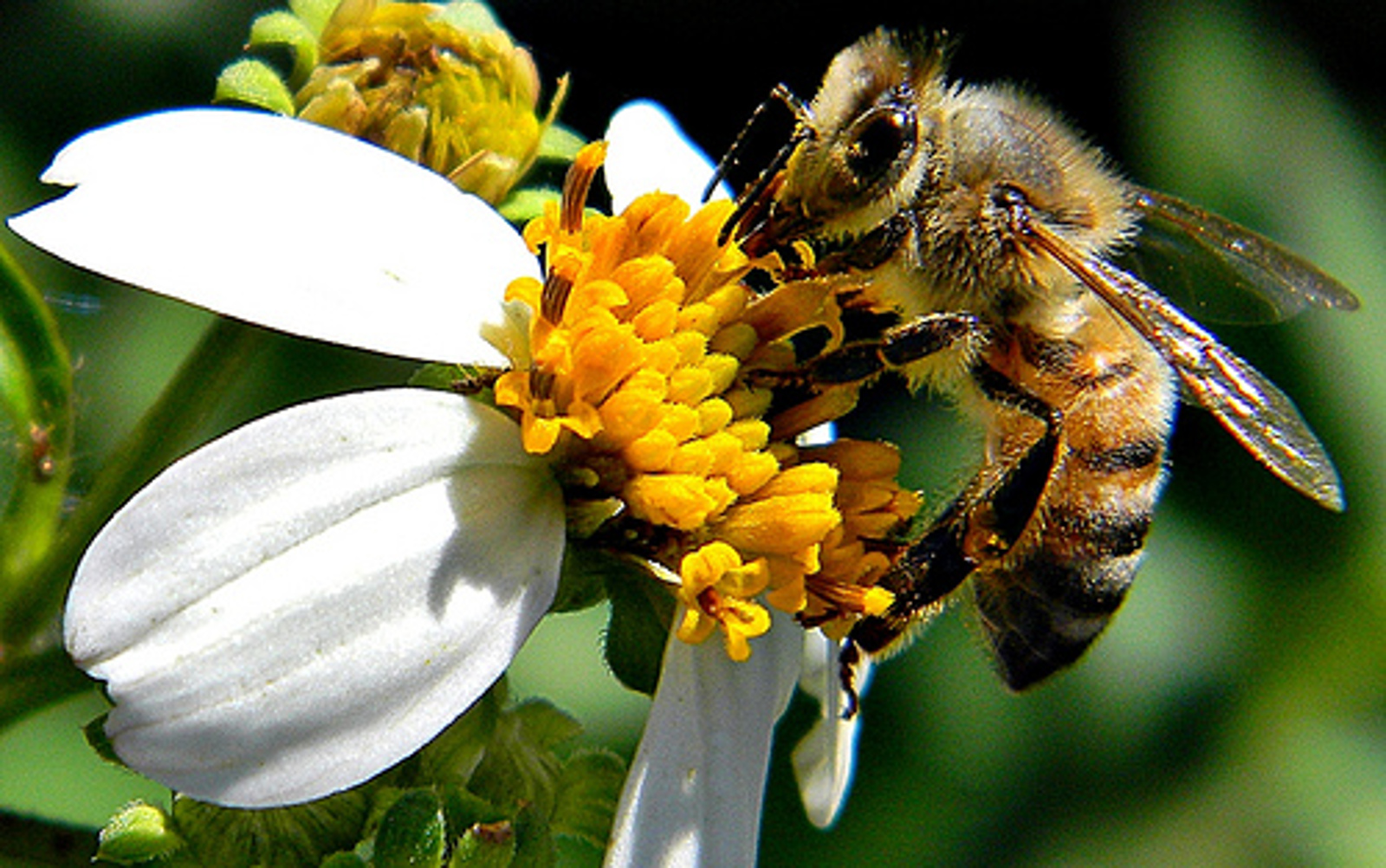 A recent survey of U.S. beekeepers shows that 23 percent of American honeybee colonies died this past winter, largely because of parasites, pesticides, poor nutrition, disease, and unknown causes. An unseasonably cold winter coupled with climate change have also devastated the U.S. honeybee population. The demand for honey and beeswax remains high though. Consequently, bees are factory-farmed, much like chickens, pigs, and cows are. And like other factory-farmed animals, bees are victims of unnatural living conditions, genetic manipulation, and stressful transportation.

The white box that commonly serves as a beehive on bee farms was created so that beekeepers could move the hives from place to place. As an article in The New York Times pointed out, bees have been “moved from shapes that accommodated their own geometry to flat-topped tenements, sentenced to life in file cabinets.”

The honey industry can take in more than 176 million pounds of honey every year, at a value of more than $215 million. Since “swarming” (the division of the hive upon the birth of a new queen) can cause a decline in honey production, beekeepers attempt to prevent it by clipping the wings of a new queen, killing and replacing an older queen after just one or two years, and confining a queen who is trying to begin a swarm.

The queens are artificially inseminated using drones, who are killed in the process. Many commercial beekeepers will also “trick” queens into laying more eggs by adding wax cells to the hive that are larger than those that worker bees would normally build.

Bees need their honey for nourishment, especially during the winter. Industrial beekeepers want consumers to believe that honey is just a byproduct of the necessary pollination provided by honeybees, but honeybees are not as good at pollinating as many truly wild bees are. A worker bee may visit up to 10,000 flowers in one day, yet in his or her lifetime produce only one teaspoonful of honey.

If you like the taste of honey but don’t want to support factory bee farms, try vegan honey, including Suzanne’s Specialities’ Just Like Honey and Rice Nectar or Bee Free Honee, which was included in the 2014 Oscar swag bags. Bee Free Honee is made from U.S.-grown organic apples and comes in five flavors: Original, Ancho Chili, Chocolate, Mint, and Slippery Elm. Agave nectar, rice syrup, molasses, sorghum, barley malt, maple syrup, and dried fruit or fruit concentrates can also be used instead of honey.

Honey, beeswax, and other bee products can also be found in lip balms, lotions, and other beauty products, but PETA maintains a list of cruelty-free products that are also bee-free. To learn more, please visit PETA.org. And if you want to do more to help save pollinators, including bees, hummingbirds, butterflies, and bats, the Disneynature documentary Wings of Life recommends planting a garden wherever possible.