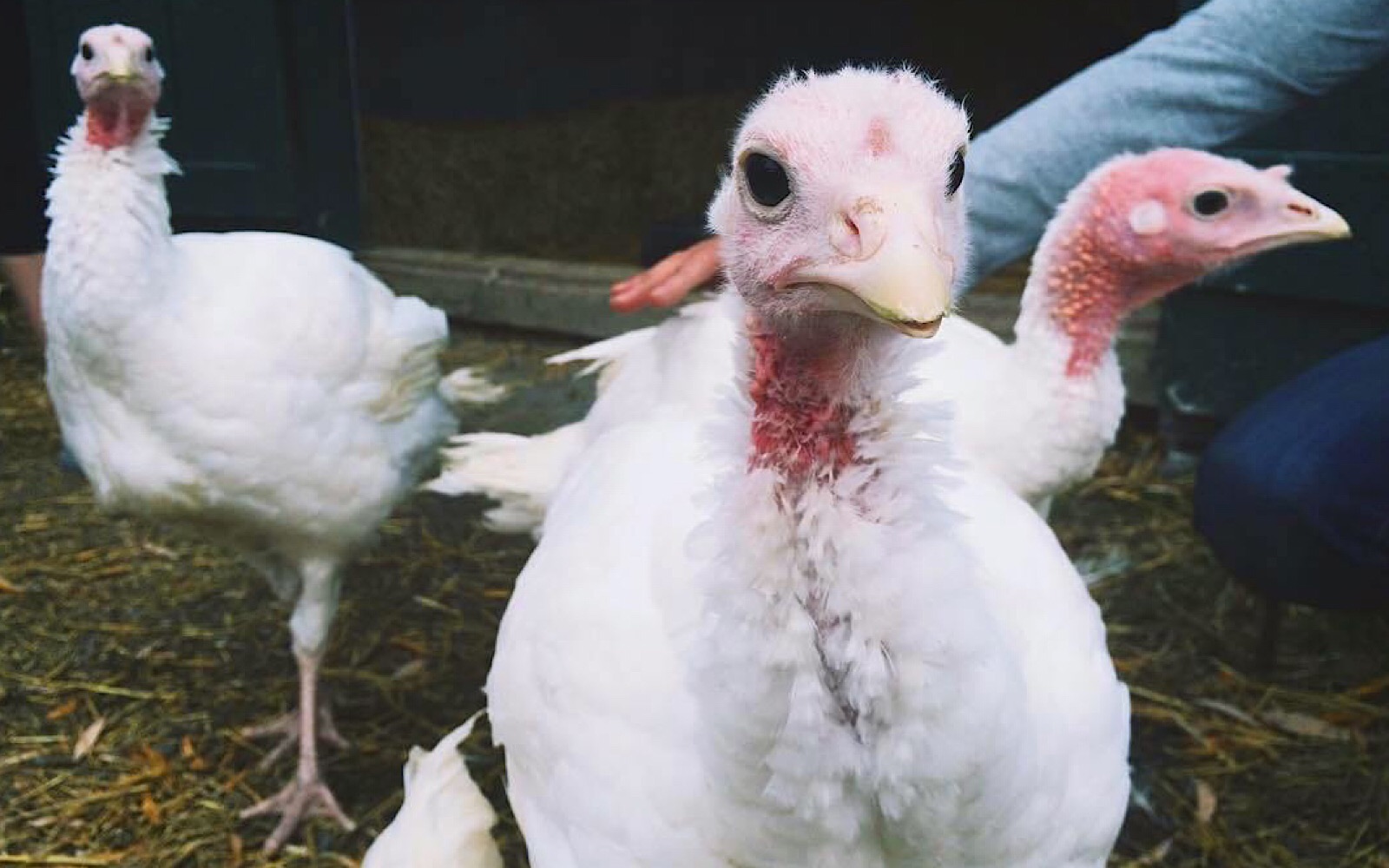 A few years ago just before Thanksgiving, a woman named Anna pulled up to the barn at Catskill Animal Sanctuary. I walked out to meet her; we’d been expecting her and her passenger.

In a crate inside her wagon, a large turkey was close to hyperventilating. Her legs were splayed out  — a debilitating condition brought on by an industry that forces animals to grow so quickly that many die of heart attacks within the first weeks of life.

As we settled the bird we named “Henrietta” into her new home, I asked Anna what compelled her to save this one turkey’s life.

“So what are you having for Thanksgiving dinner?” I asked. It was the obvious next question.

A few weeks after a woman chose to spare one turkey and take another’s life, the one spared became a member of the Underfoot Family, a motley crew of birds, pigs, sheep, and goats who freely roam Sanctuary grounds during working hours. 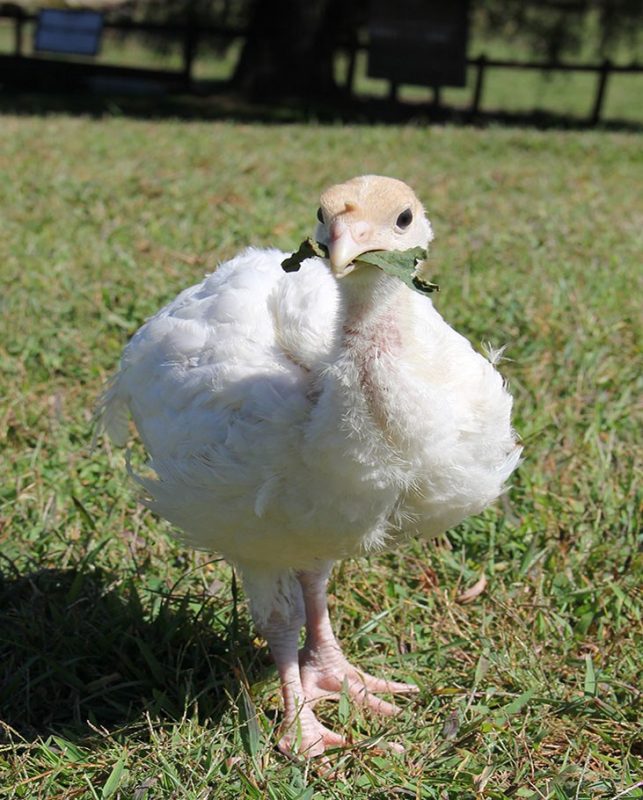 Henrietta was a force of nature. Every morning, she rushed from her house with abandon and exuberance. She took a nanosecond to survey the scene and then began to talk. And talk. And talk.

“Good morning, bird,” we’d say. She’d come as close as she could, tilt her head to look us in the eye, then respond with a beautiful trill. When we stroked her, she blinked that long, languid blink that those who live with cats know well. It’s a sign of affection used by these sensitive, emotional animals.

Henrietta’s day wasn’t complete unless she spent time with Atlas, a goat crippled from neglect. She nestled her big bird body next to his as he lay on a pile of straw. She talked softly to him, and Atlas rubbed his cheek over Henrietta’s back. They often slept together, side by side. They loved each other.

Relationships among farm animals are no less meaningful than my relationship with Chumbley, the dog who sleeps next to me at night. Just because few humans witness these friendships doesn’t mean they don’t exist. Indeed, when one works among animals, she learns a life-altering truth that’s become Catskill’s mantra: in ways that truly matter, we are all the same. 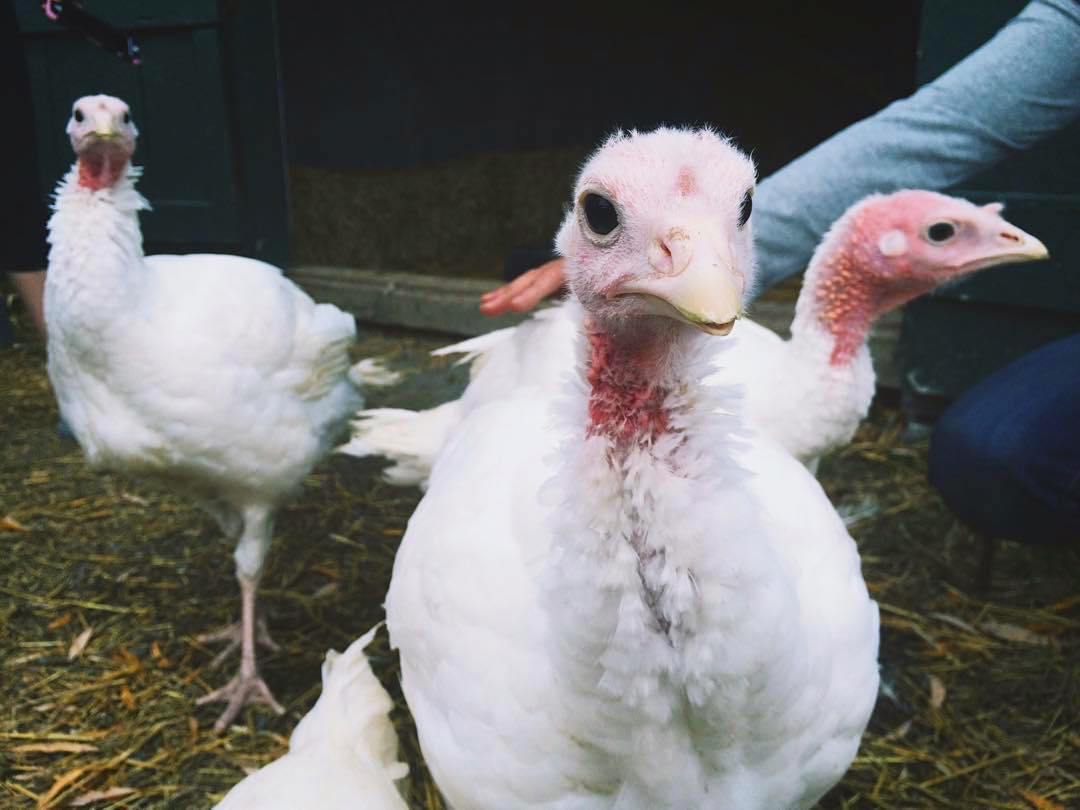 It’s a fact known to all of us lucky enough to share our days with animals. Given the chance to thrive, “food” animals exhibit every emotion and many behaviors some humans consider “ours” alone: joy, sadness, anger, impatience, contentment, jealousy, inquisitiveness, affection … and so on. Pigs laugh. If they’re not in too much pain from industry-induced size, turkeys love to accompany our weekend tours. They meander into the group, find one person, toddle over to say hello, then stroll with us as we make our way through the grounds, meeting friend after friend. The animals who call Catskill home are exceptional ambassadors, doing more than we humans ever can to help visitors understand that animals don’t belong on the table. 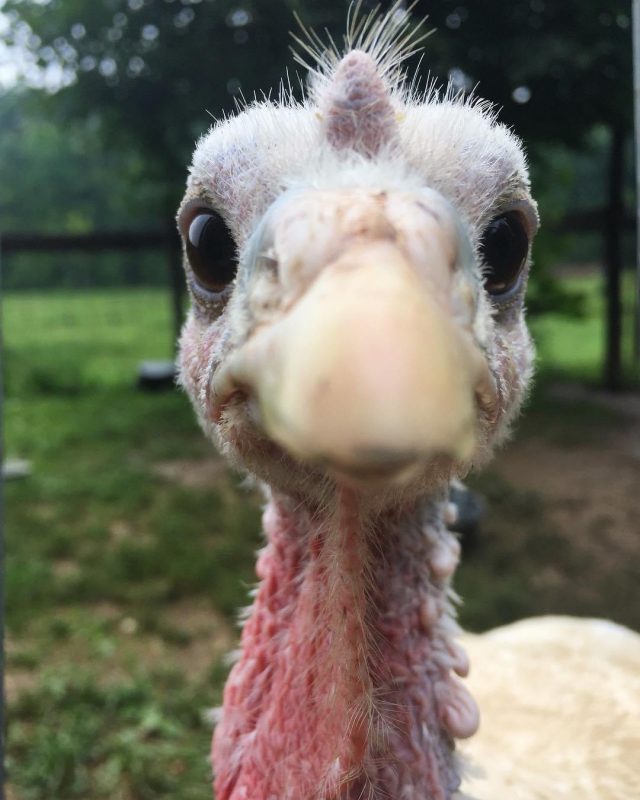 When I became vegan years ago, it was because I didn’t want to participate in the torture of animals whose desire to live and to thrive is as strong as mine. But today there’s another urgency. Unless humanity faces the collision course that we’re on — largely driven by our diet — and takes responsibility for changing it, we’re all doomed. Rapid population growth and the Westernization of developing countries translates to increased meat consumption, which translates to more water use, more fossil fuel production, more land and water degradation, more climate instability…all of which collectively translate to disaster. The Earth ain’t gettin’ bigger to keep pace with our demands. How long before we, the most invasive species that has ever lived, destroy the planet that sustains us all? 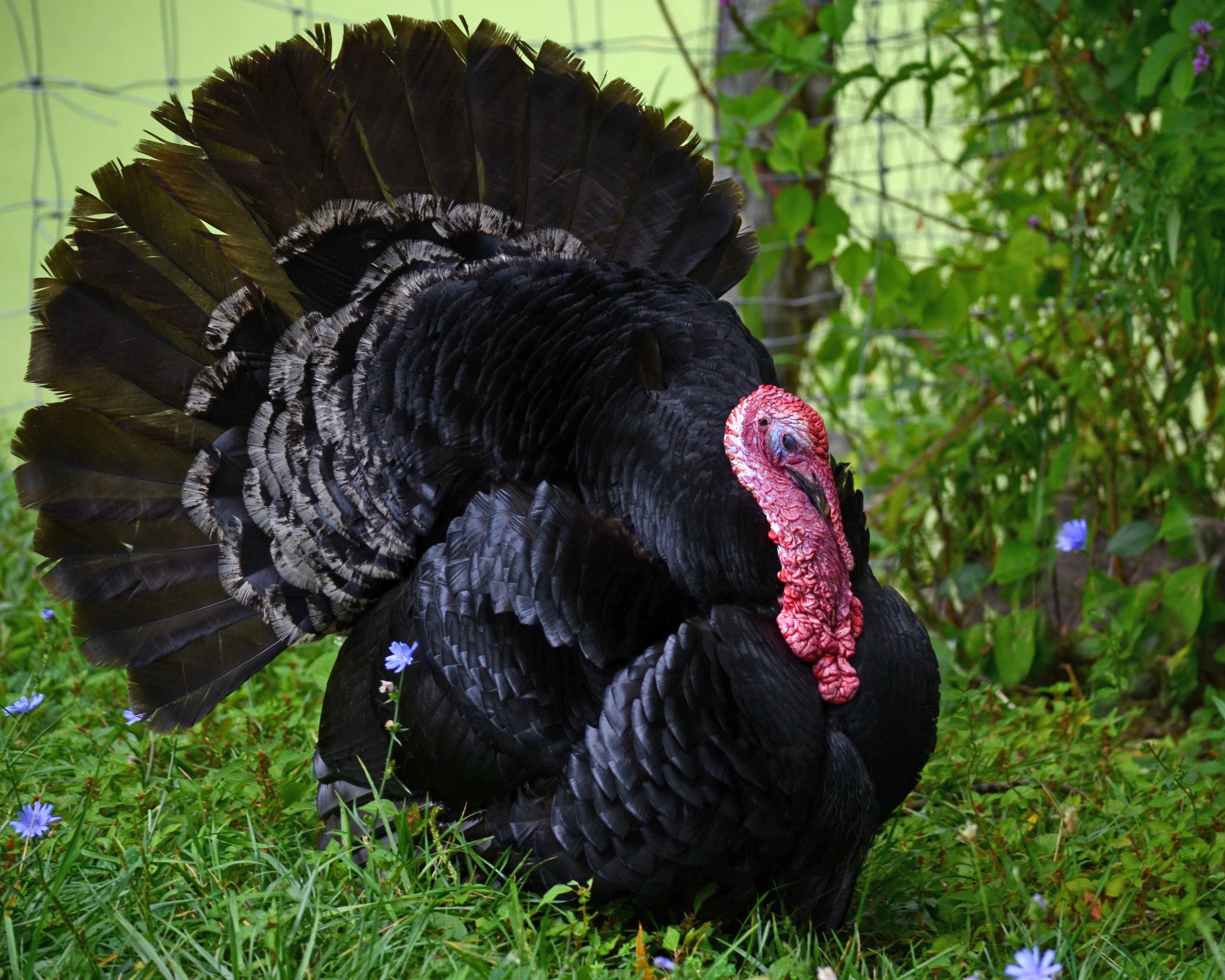 It’s easy to feel discouraged and powerless given the current political climate. But Catskill Animal Sanctuary chooses to believe in each person’s capacity to change. We are redoubling our commitment to a world free from suffering and growing our capacity — with a mentoring program, a youth leadership program, an expanded culinary program, and more. We vow to stand tall, and to speak for all of us — the two and four-legged, the furred and the feathered — no matter how dark the upcoming days. We honor all of you who share our vision, and during this time of Thanksgiving, offer our friendship and our gratitude.