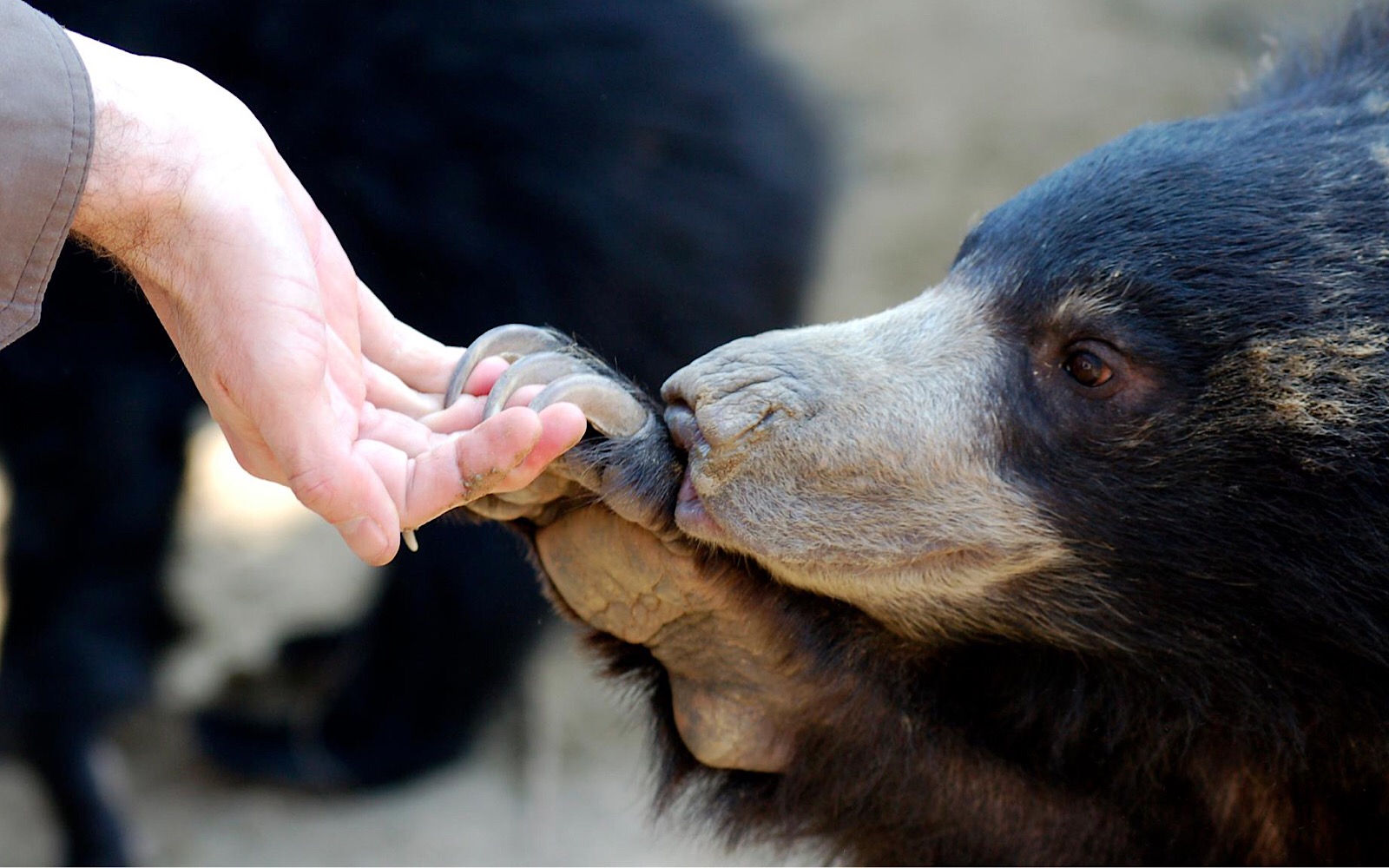 If you travel in India, you’ll probably run into people very publicly exploiting wild animals for money on the street for money. It’s tragically common and tragically diverse: there are snake charmers meant to wow us, people with monkeys on leashes for our supposed amusement, others using elephants as work units to haul tourists up hills.

And until recently, a practice called “dancing bears” was relatively common in the urban areas. This barbaric trade involved piercing a bear’s muzzle to run a rope through it, then yanking that rope to make the bear “dance” for onlookers. Some people threw out a few coins to watch the spectacle; others were outraged or simply depressed by it. This gruesome practice was finally put to end in 2009, after nearly 400 years of “tradition.” And the bear dancers themselves helped end it — not through coercion, public shaming, or bribery, but rather through a sustainable economic and educational hand up. The result was a true win-win: bears and people have been the beneficiaries. 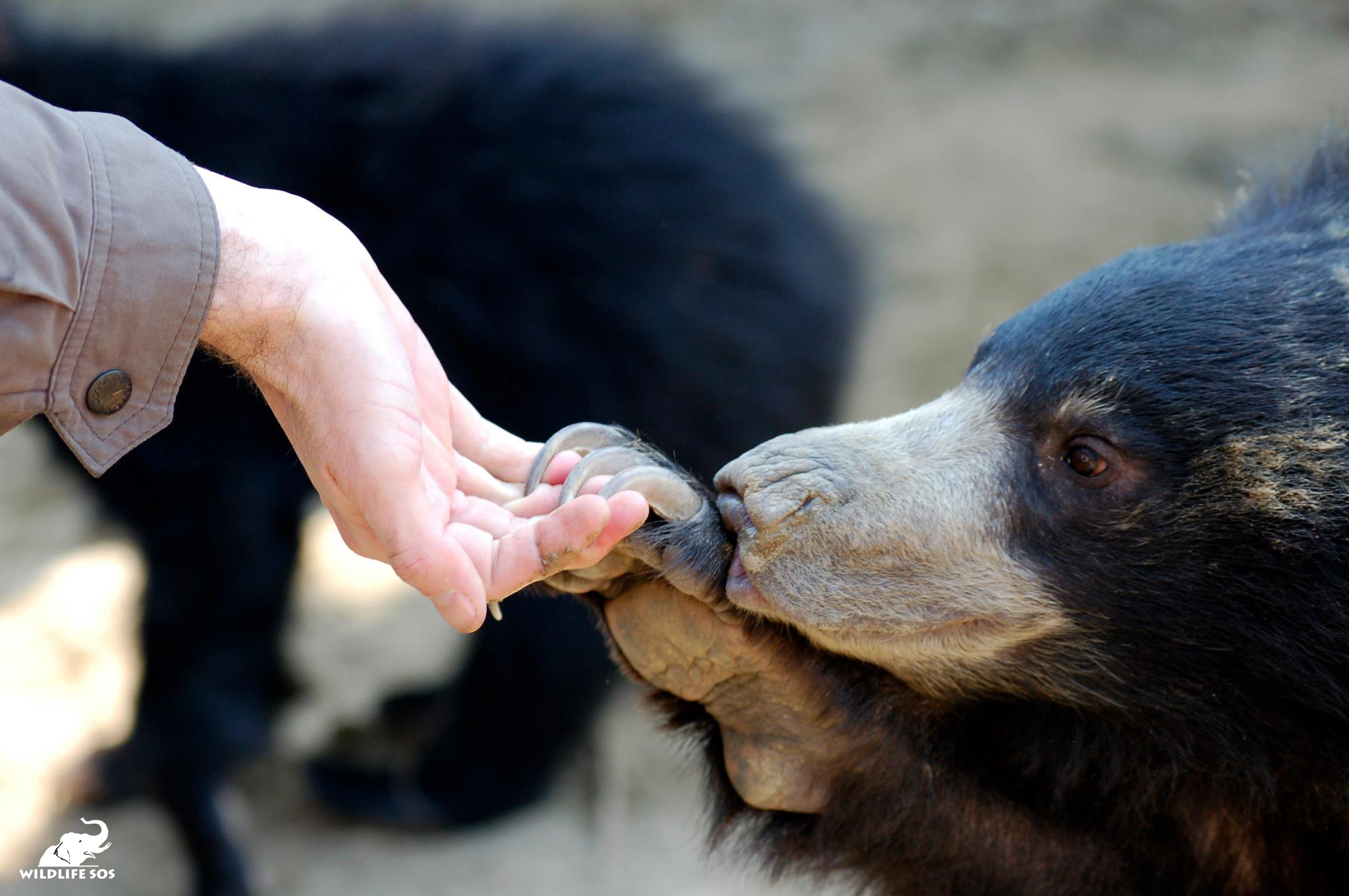 The people involved are members of a historically nomadic tribe called the Kalandars. For centuries they’d eked out a meager living in India exploiting animals while suffering from high rates of extreme poverty and illiteracy themselves. The “dancing bear” trade was deeply inhumane — reason enough to end it right there — but it was also pushing the endangered sloth bear even closer to extinction. Bears forced into the trade had been poached from the wild as cubs, where their mothers were often killed trying to defend them. To put the emotional horror of this aside for a moment, there are few better ways to crash a population than by removing the next generation and the breeding females. 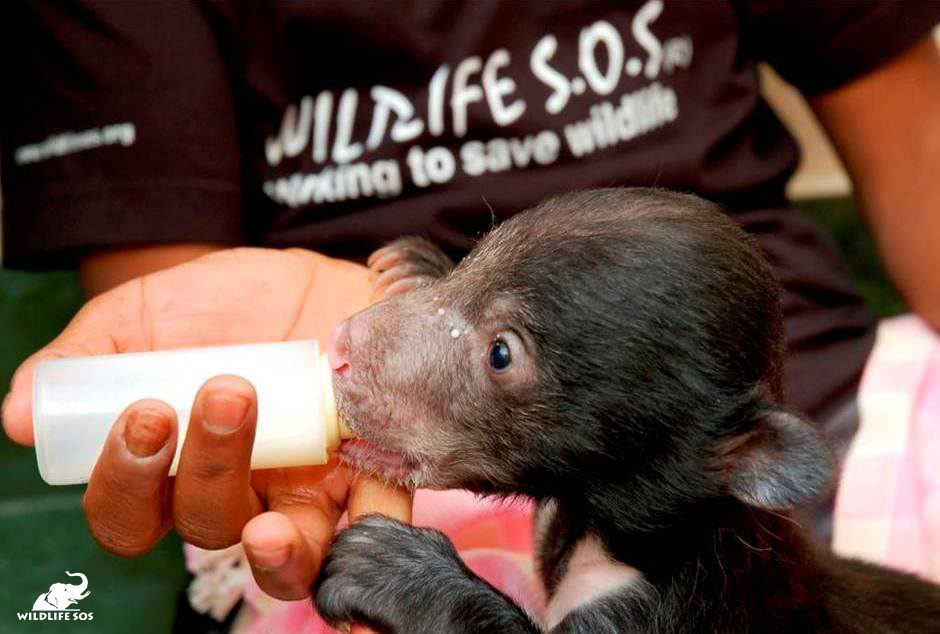 Sloth bears, like tigers and elephants, are listed as a Schedule 1 species under India’s Wildlife Protection Act. This affords them the act’s highest protection, making it illegal to poach them in the wild, “dance” them on the street, and so on. Regardless of the law, though, the bear-dancing practice continued for decades seemingly unhindered. Laws and effective enforcement of them are equally critical components of any solution, but in our 20-year history of rescuing sloth bears, Wildlife SOS (WSOS) has learned the hard way that they are simply not enough. Successfully solving wildlife conservation problems requires involving all the stakeholders — i.e., the communities, the government, and the NGOs — to find a common solution. 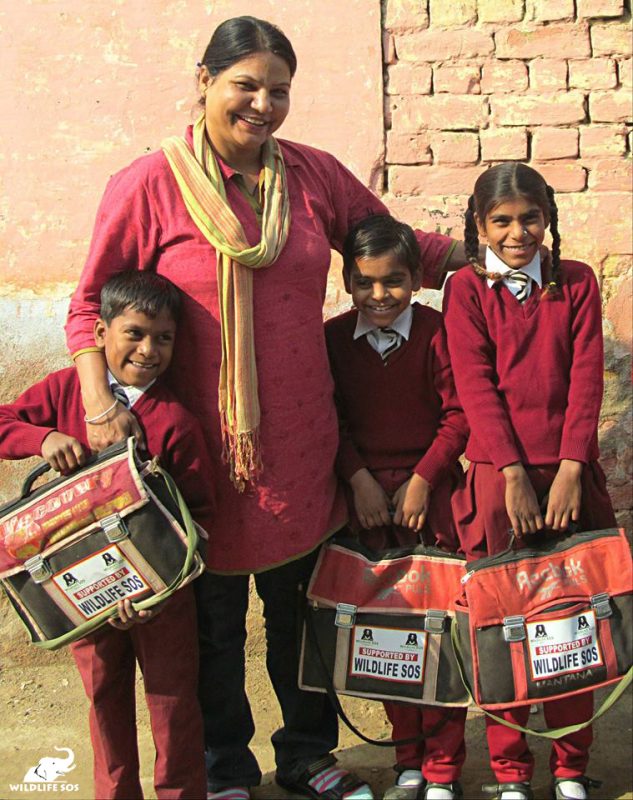 Although that much should be apparent, many attempts to put an end to “dancing” bears in India failed before WSOS even got involved. At the outset, we knew the problem was incredibly complicated in that it involved jobs, a poverty-stricken minority community, and the enforcement of laws that police were generally used to ignoring. We had examples of failed approaches that used negative reinforcement. One such case was predicated on the notion that the Kalandar people wanted to dance bears for their livelihood because they felt it was an integral part of their culture. The solution then? Jail the offenders. Punitive and poorly thought out, this strategy failed because the fundamental issues facing the Kalandars — poverty, ostracization from mainstream society, illiteracy, and so on — were completely ignored in the solution. And it also poisoned the debate as being simply about human welfare versus bears. 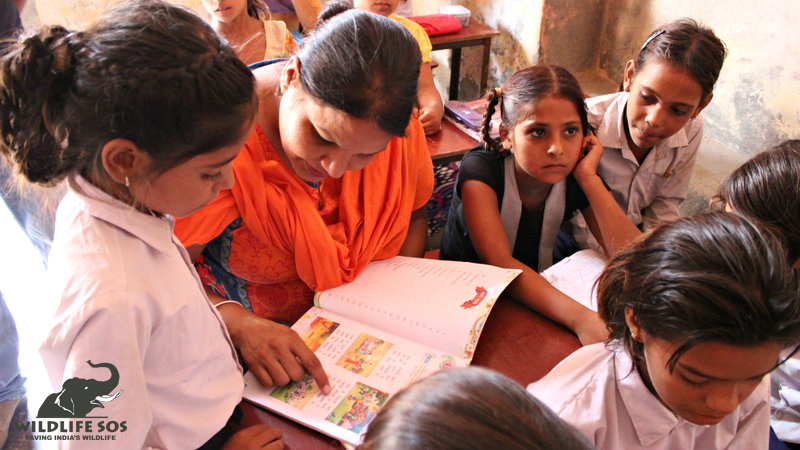 What we found upon investigating the issues suggested a very different explanation for the Kalandar exploitation of sloth bears: it’s all they knew. Their ancestors were nomadic outsiders who‘d discovered that “dancing” bears allowed them and their families to participate in the economy. So that’s what they taught their children. For 400 years, future generations knew of no other way to support their families. How would vilification and imprisonment solve this in the long term? What we needed to do was figure out a way to provide financial security for the Kalandar people, something independent of animal exploitation.

So we made it public that if a Kalandar family turned their sloth bears over to WSOS and agreed to never use sloth bears (or any other wildlife species) for livelihood, we would, in turn, provide them with education, vocational training in a variety of trades, and other resources (such as work equipment like rickshaws or sewing machines). And today, it’s been more than eight years since we’ve seen a dancing bear anywhere in India. 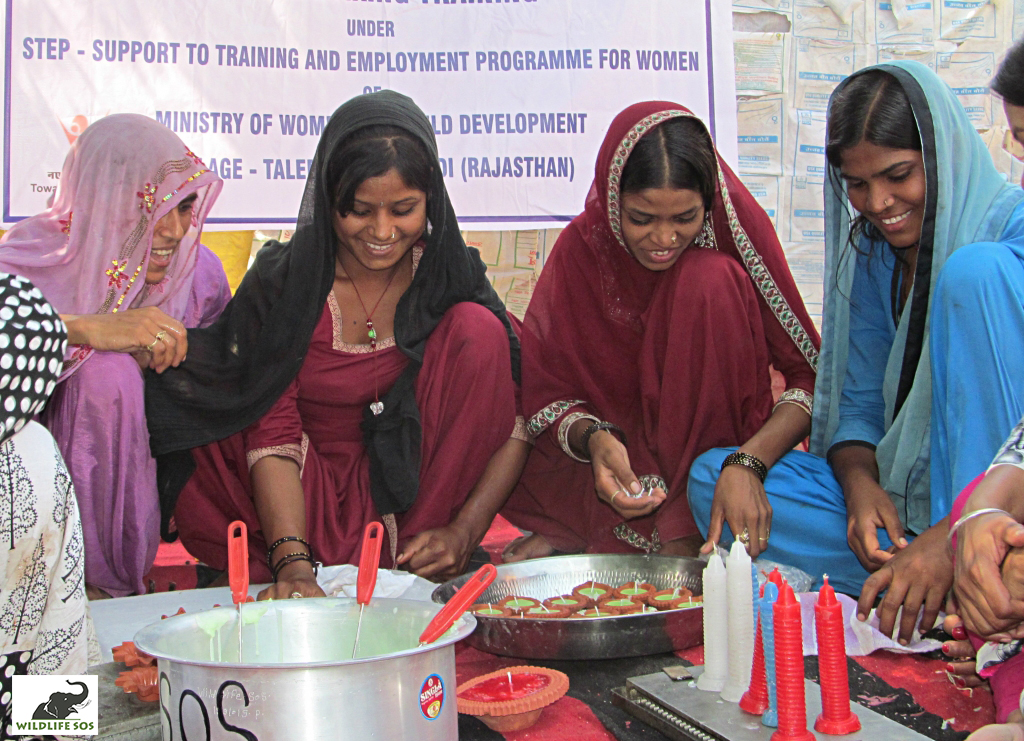 Our approach to snake charming provides another example of what can be done outside punitive legal measures and public humiliation of practitioners. As with bears, it is illegal to capture snakes in India, including cobras. But again, the snake–charming trade persists because there is a little money to be made from onlookers who likely have no idea of the cruelty behind the snake-charming scenes. (Please see our One Green Planet piece here for the details.) 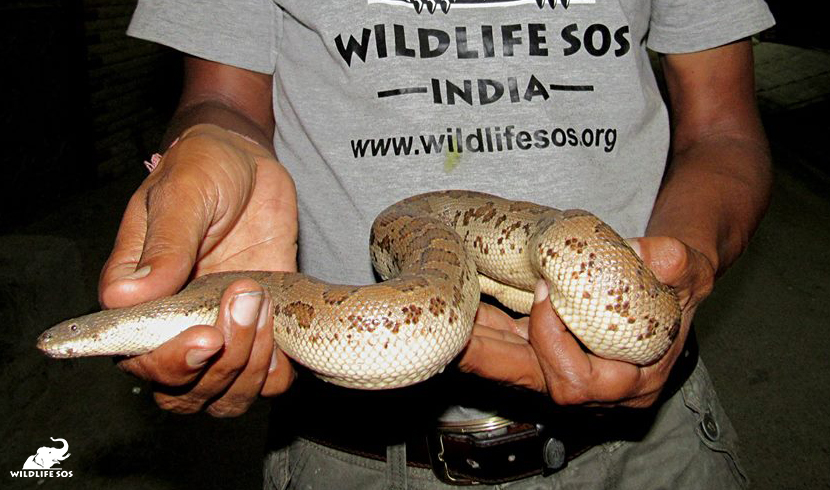 For years, WSOS has employed a variety of strategies to put an end to the practice, including hiring some of the snake charmers themselves to rescue and care for injured snakes or help us handle them for release back into the wild. It involved the same root issue as for the Kalandars: most people from snake–charming backgrounds only knew one way to make a living. WSOS has offered these individuals jobs with steady salaries, and some of the ones we hired have gotten busy trying to convince people still in the snake-charming trade to give it. Not surprisingly, having someone from their own background push them to give up the practice carries a lot more weight than the same advice from outsiders. 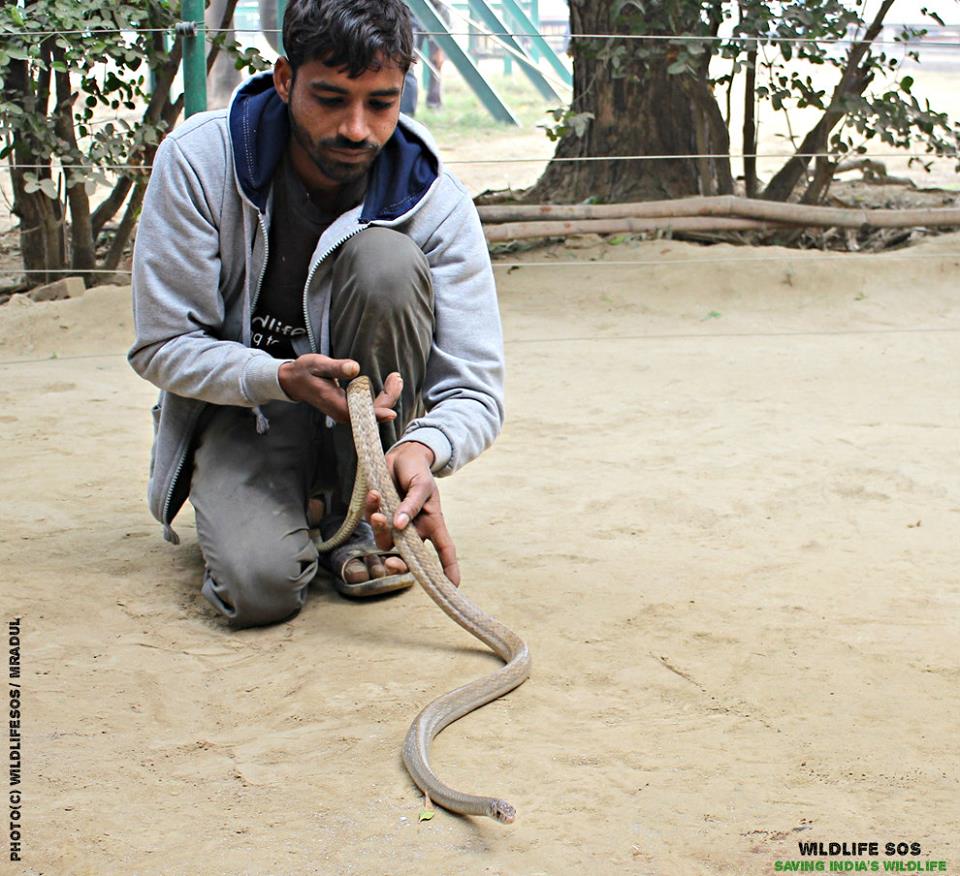 Another example: We also employ former poachers for Forest Watch, our anti-poaching unit. Many of these men jumped at the chance for legitimate work helping animals, and the benefits for everyone are myriad. We get the poachers out of the forests. They, in turn, can provide for their families with an above-ground job deemed respectable in mainstream society. And, like the bear dancers and the snake charmers we already discussed, they bring experience and knowledge to our team that most people will never have. Ex-poachers have the inside skinny on how that nefarious industry operates in their region, how animals and animal parts are successfully smuggled across borders, specifics about trade connections and routes, and so on.

This gives them great advantage at sniffing out and investigating illegal traders and poachers. We realize some people might not be comfortable with this approach. But our philosophy is this: what they bring may well be ill-gotten knowledge, but protecting our wildlife is truly a battle. And we aim to win it. If our methods help a former poacher feed his family without hurting animals, or bring a former bear dancer to a better understanding of the beings with whom he shares the planet, so much the better. 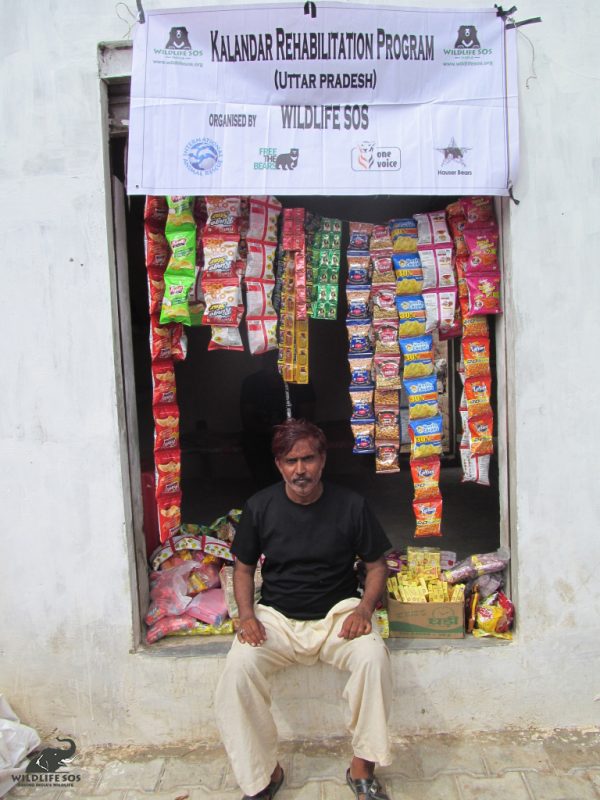 WSOS is certainly not the first organization to work with affected communities or even collaborate with former abusers to help save wildlife. There are effective programs all over the world doing similar things. And through them, many people who in the past have been viewed only as self-interested, or an enemy, as criminal or amoral or outright cruel, now have the chance to become powerful allies.