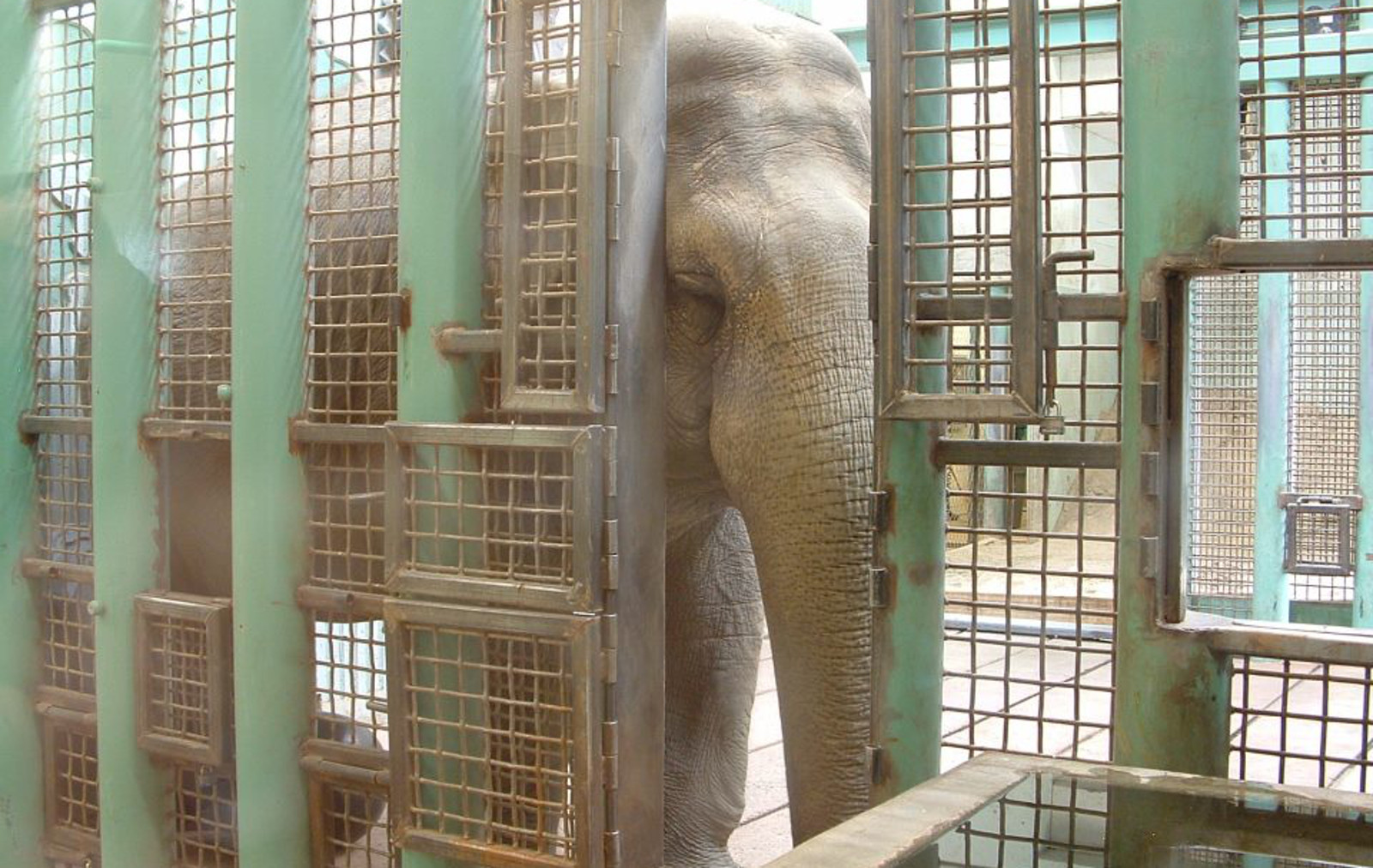 Back in 1977, the Edmonton Valley Zoo, in Canada, purchased a baby elephant named Lucy from an infamous wildlife dealer; she was just two years old at the time. Just like all the other elephants who are taken from their families and sold into a life in captivity, there was no light at the end of the tunnel for Lucy.

Nearly 38 years later, Lucy spends most of her days in a small barn at the zoo. She has lived alone for more than seven years. Although she is ill-suited for the cold Canadian climate and suffers from numerous ailments, the zoo has refused to let Lucy retire. It’s time for Edmonton to let Lucy pack her trunk!

Lucy is an Asian Elephant, evolved to thrive in a warm climate. But, for decades, she’s been forced to endure Edmonton’s harsh winter weather. One animal rights group was so concerned about Lucy’s well being, they even raised funds to buy a huge insulated garment, costing $250, for her. But Lucy would never get the chance to wear it because the zoo turned down the offer.

Having spent her life standing on hard, concrete surfaces within the small area of her enclosure at the zoo, Lucy has developed a number of health problems. Not only does she suffer from arthritis and foot problems, like many captive elephants, but she is also obese. If all of these were not enough, she also suffers from respiratory problems. The severe climate of Edmonton has only aggravating these illnesses.

In 2015, In Defense of Animals listed Edmonton Valley in the “Hall of Shame” for being one of the world’s worst zoos for elephants and there is no way that they can change this ranking unless Lucy is retired. 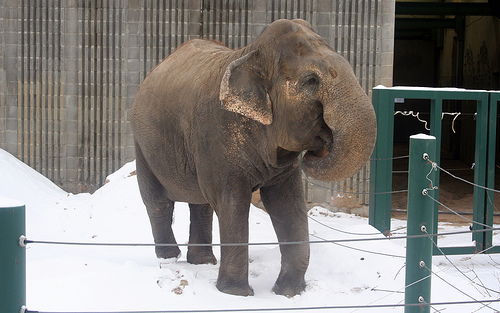 Keeping Lucy captive without another elephant is against the government of Alberta’s standards for zoos. These laws clearly state that any animal living in a zoo should be in appropriate social groupings. Lucy has been alone for a few years now. Further, Alberta’s Animal Protection Act states, “No person shall cause or permit an animal of which the person is the owner or the person in charge to be or to continue to be in distress.”

There is little denying that leading a solitary existence has lead to Lucy’s great, prolonged distress. In fact, according to PETA, “Four renowned elephant experts have each unequivocally stated that Lucy is suffering and is deprived of any semblance of a normal life and that the conditions at the zoo causing Lucy’s illness and distress will only continue to exacerbate her health problems if she is not transferred to a sanctuary.”

Female elephants are known to spend most of their lives in close-knit family groups and as highly social animals, they need other elephants for their mental well-being. Lucy’s family bond was taken from her long ago and it’s almost certain she’ll never see her family again unless she is retired to a sanctuary with other elephants. She has the chance to love and be loved at that sanctuary. 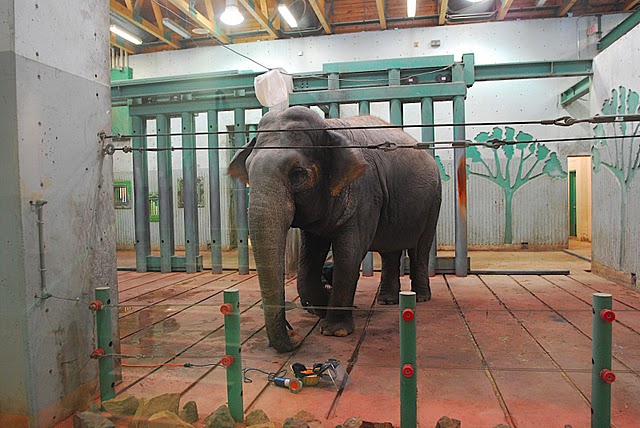 A Chance for Lucy?

Lucy’s plight has not gone unnoticed in the animal welfare community. For the past 10 years, Zoocheck and theEdmonton’s Voice for Animals Humane Society have run a joint campaign to free Lucy. Other organizations such as Friends of Lucy and Save Lucy the Elephant have joined in the call for her freedom.  In addition to these organizations and others who are rallying for Lucy’s freedom, Bob Barker and William Shatner have been calling for Lucy’s freedom for the past five years.

Lucy has also been offered a home at both PAWS sanctuary in California and the Elephant Sanctuary in Tennessee. At either sanctuary, she’d be able to see other elephants, enjoy fresh vegetation, bathe in the ponds, and forage for hours through the acres of natural habitat. This is just a faraway dream for Lucy at the moment. The Edmonton Valley Zoo believe she is fine where she is and they don’t see the suffering this poor elephants endures every day of her life.

Spread Your Love for Lucy and Help Set Her Free

We can all join in and spread our love for Lucy by urging the Edmonton Valley Zoo to let her live the rest of her life in the safe haven that PAWS can provide.

Please, urge the Edmonton City Council and Mayor Don Iveson to help Lucy and do whatever they can to get her transferred to the PAWS of the Elephant Sanctuary in Tennessee. You can email the mayor of Edmonton by clicking here. You can also contact the Edmonton Valley Zoo’s director, Denise Prefontaine to express your concern for Lucy, here.

You can also join organizations such as Friends of Lucy and Zoocheck in their efforts demanding action for Lucy.

Share Lucy’s story and together, let’s see her retire!