After Escaping Whaling Ships, One Whale is Changing Norwegian Attitudes on Whale Meat 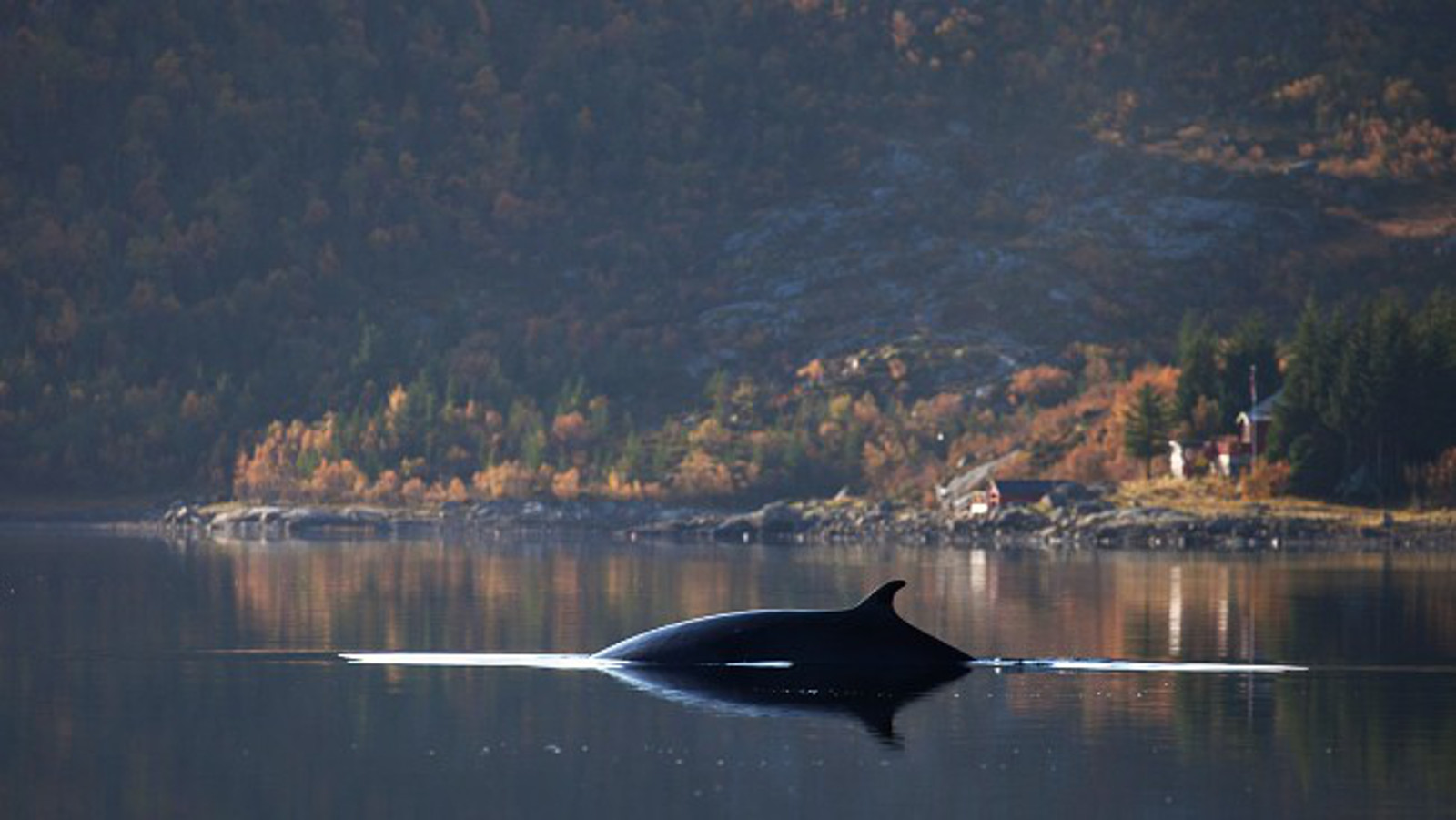 Norway’s historical whaling season has recently come to an end – and it has been the most devastating year for minke whales in Norway since the country defied an international ban on whaling in 1993, with over 720 whales killed this year.

And yet, in the midst of this bloodbath, in Lofoten, the heart of whaling country, an adult minke whale dubbed “Heiko” was lucky enough to follow a shoal of fish inland.  Swimming under a narrow bridge (that is too low for the whaling ships) Heiko has been able to remain safe for several months in a small bay. And this one whale has made big waves in the surrounding islands. Whilst the gender is still not certain, Heiko’s large size has led to speculations that she is a pregnant female, who may be using the bay for protection. If this is true, her case is even more striking as pregnant females would normally have been targeted by whalers, for being bigger and slower (but they still only count as one animal in quotas). Luckily this whale, whatever her gender, has remained safe for this season; unwittingly finding herself at the center of much excitement, and becoming a much-needed ambassador for whales in the district.

Local and national newspapers have given regular updates on the whale’s welfare, and both locals and tourists alike have travelled almost hundreds of miles to catch a glimpse of her. Despite the long tradition of whaling in this region; for many who live there it is the first time they have seen a living whale.

An Ambassador for Whales

It cannot be underestimated how important it is for people to begin to draw the link between the food on their plates and the living, breathing, intelligent animal from which it came from. Heiko the minke whale has provided an excellent opportunity for this to happen. 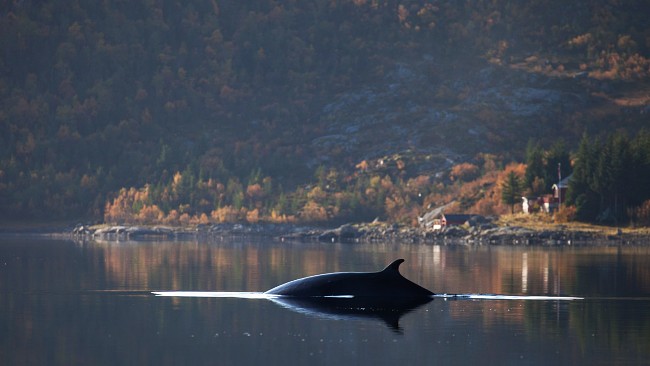 Named after Keiko (the orca star of Free Willy, who was eventually released into his native Norwegian waters) and Heike Vester, one of the area’s leading marine mammal experts, Heiko has been reported to be in good health with plenty of food washed into the bay where she has been feeding.  Despite some remarks from locals on how much meat she could provide, the vast majority have been respectful in allowing her to feed without disturbance, and have been amazed to see such a fascinating creature up close.


Calling for the end of Tradition

This year has been such a successful season for the whalers (and such a tragic season for the whales and those concerned for their welfare) for various reasons. Pro-whalers would no doubt claim this as proof that the population of minke whales is abundant, and their activities are not harmful to the population as a whole. And yet, we now know from International Whaling Commission’s population studies that the population of minke whales in the region has seen a 20 percent drop in 12 years. This is not sustainable. More likely the cause for this season’s “success” has been a combination of good weather conditions and flat seas, which means more whales can be spotted. The warm weather also increased the demand for “grilled whale”.

Despite the fact that only a fraction of Norwegians eat whale meat, the practice receives heavy subsidies from the government in the name of “tradition.” The cost of disposing of the blubber alone costs more than any revenue taken from the meat, and there is ever growing stockpiles of meat as demand remains low. The majority of whale is thrown overboard, with the rest either sold, sent to Japan, or turned into dog food.

The Norwegian government has worked hard to convince other countries that whales are killed in a quick and humane way. And yet despite whalers attending a mandatory course before they are allowed a harpoon, there still remains no humane way to kill a whale. By the whalers own admission, some whales take up to an hour to die. Norway is a modern and progressive country, with generally very high standards of animal welfare. The suffering caused by the whale as a result of the use of rifles and exploding harpoons would be an illegal practice if farmed animals in Norway were the victims. It is clear that whaling no longer has a place in a country such as Norway.

Need any more convincing? Watch this disturbing video on whaling below, made by Heike and her organization Ocean Sounds:

The Future for Heiko 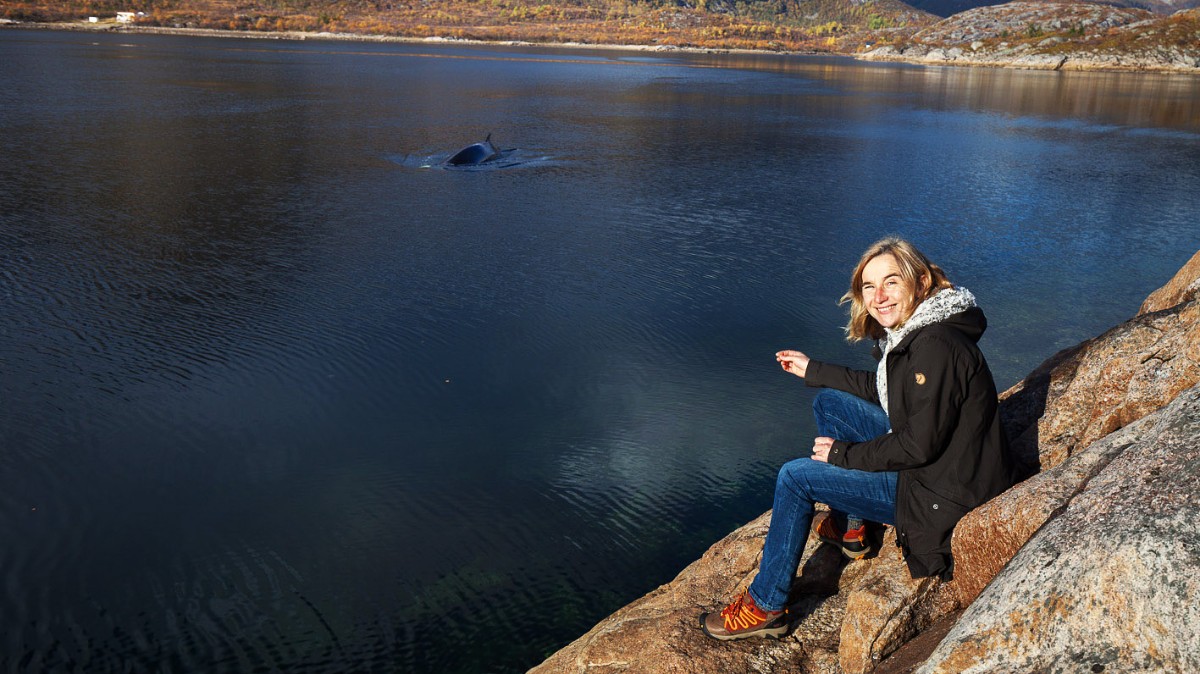 As for the one minke whale, Heiko, Heike (the biologist) has plans that as the winter approaches and food supplies change, she will try to scare Heiko back through the channel under the bridge and out to sea by playing orca sounds underwater (the orca, or killer whale, is a natural predator of the minke whale).  There are so many things are still not known about this species, including where they migrate to. I can only hope that wherever Heiko goes next, she is able to swim safely for many more years. And we can thank her for providing her species with some much needed attention, and an opportunity for Norwegians across the country to think, reflect, and question the ethics of whaling in their nation.

What Can You Do to Help End Whaling in Norway?

Please sign this petition, asking Norway to discontinue whaling. You can also read about Heike Vester’s work on the Lofoten islands, at her project Ocean Sounds.