Heartwarming Reunion of Husky With Caretaker After Violence in Bucha, Ukraine 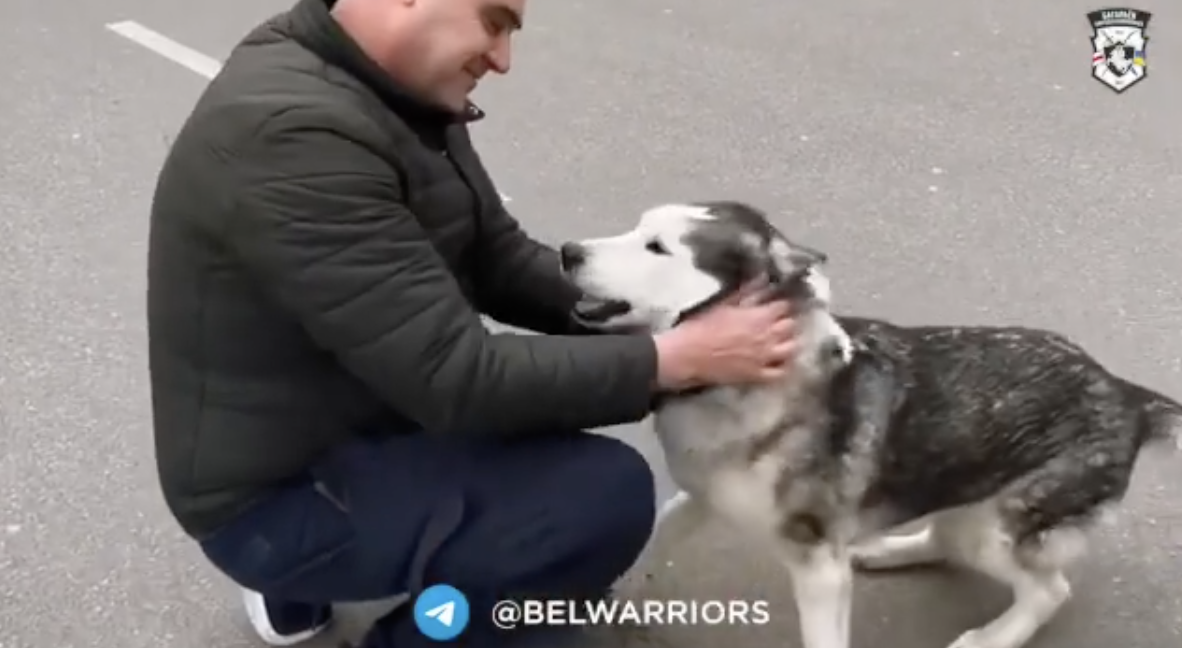 The brutal killings of Ukrainians in Bucha have left people heartbroken and uprooted the lives of millions. Amid the chaos and senseless violence, this heartwarming video of a dog reuniting with their caretaker in the town is spreading some light in these dark times.

In the video, the pet Husky named Nessie can be seen jumping and running around with extreme happiness after reuniting with her human. The two of them had been separated by the conflict and finally had the chance to reunite.

The video was shared by the Battalion named after Kastus Kalinovski — the Belarusian military unit of the Armed Forces of Ukraine. The video since has gone viral and has touched the hearts of many.

“A little bit of positivity in these difficult times,” the military unit wrote, sharing the heartwarming video on Instagram.

The battalion explained that volunteers who were fighting with Ukraine found Nessie as they were returning from Bucha. After discovering the dog all alone, they decided to help her. “Rescued the female dog, Nessie. Her family has already been found, and she will return to them tomorrow,” a Belarusian soldier from the unit had tweeted.

While many Ukrainians have tried their best to not leave their pets behind, the unpredictability of the devastating war has forced many Ukrainians to make tough choices about what to take with them. Many don’t know when and if they will be able to return home. The armed forces have given shelter and adopted many pets abandoned by people fleeing the war-torn nation.

As the war on Ukraine continues to rage on, people are left wondering what they can do to help. How can we help? Many charities and organizations are providing aid to the people and animals of Ukraine, but it’s hard to know which ones you should give your money to.

PETA is working hard to help people and animals in Ukraine, and you can donate to them on their website.

If you are in the UK, you can urge your member of parliament (MP) to relax the rules on people entering the UK with animals. Sign this petition to support Ukraine!