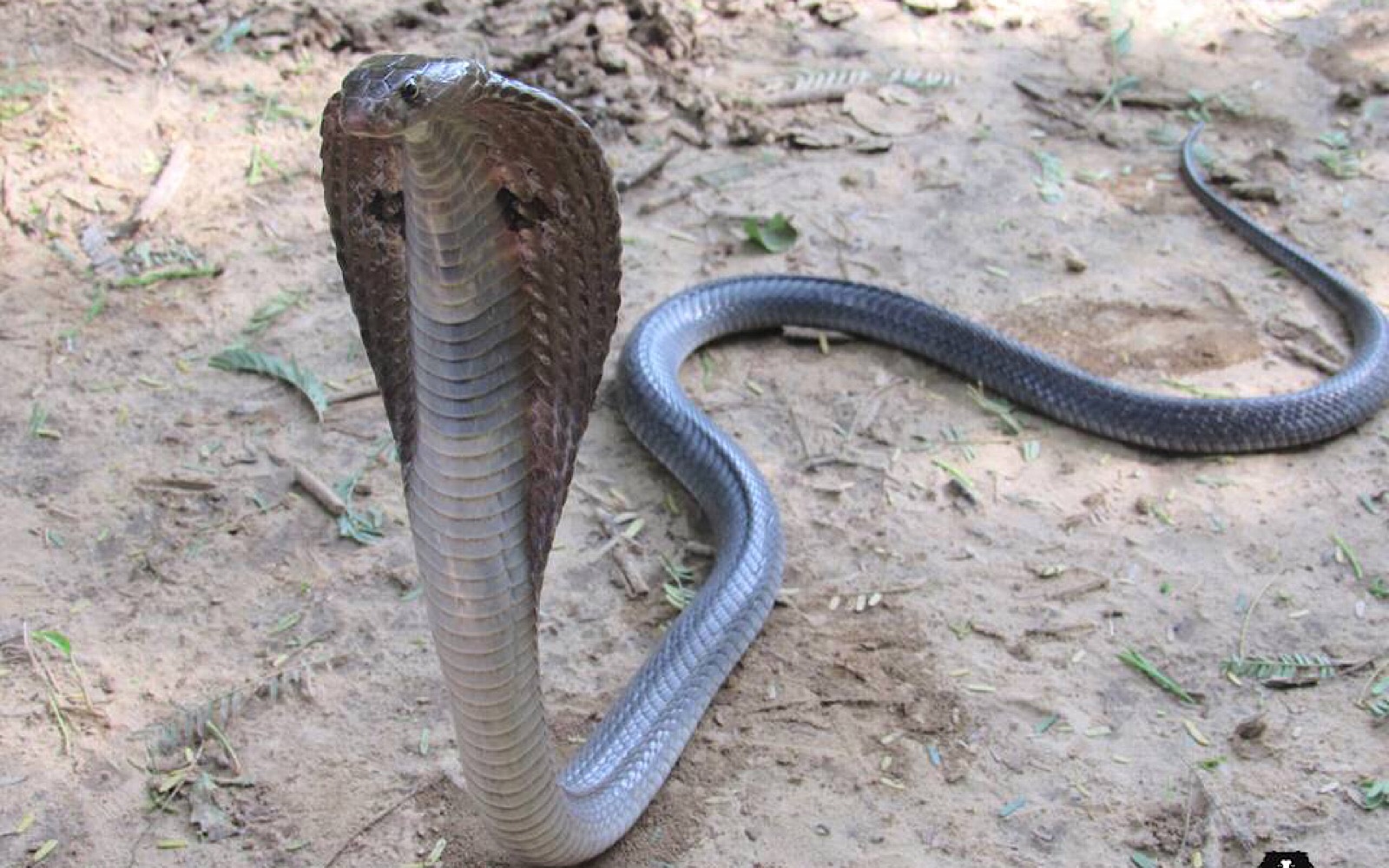 It’s Halloween! So it’s a fine time to talk about something many people find terrifying: snakes! Don’t get us wrong, at Wildlife SOS, we love them. Everything about snakes seems exotic and interesting to us. Some have incredibly beautiful scale patterns and coloration. Some are big enough to mistake for a firehose, others can squeeze through the tiniest of crevices. (Anyone who has ever kept a pet snake knows of their genius for escaping even the most Alcatraz-like cage.) And they’re hearty: in the massive urban centers of cities like Delhi and Agra, snakes persist despite throngs of people and endless sprawl. And sometimes they end up in places that, well, scare the daylights out of folks. And perhaps a bit of worry is justified; about a third of the snakes we rescue in the Delhi area are venomous!

With this in mind, we’ve compiled a list of our 10 “spookiest” snake rescues. We use the quotation marks because we really know that snakes aren’t there to freak people out, to hiss “boo!”, or to chase us around. And we’re simply not on their menu. In most cases, these snakes just found themselves lost in the big city and were looking for a little privacy. Spoiler alert: Every one of these stories has a happy ending — for the snakes and the people involved.

Rescue 10. Cobra in the ATM 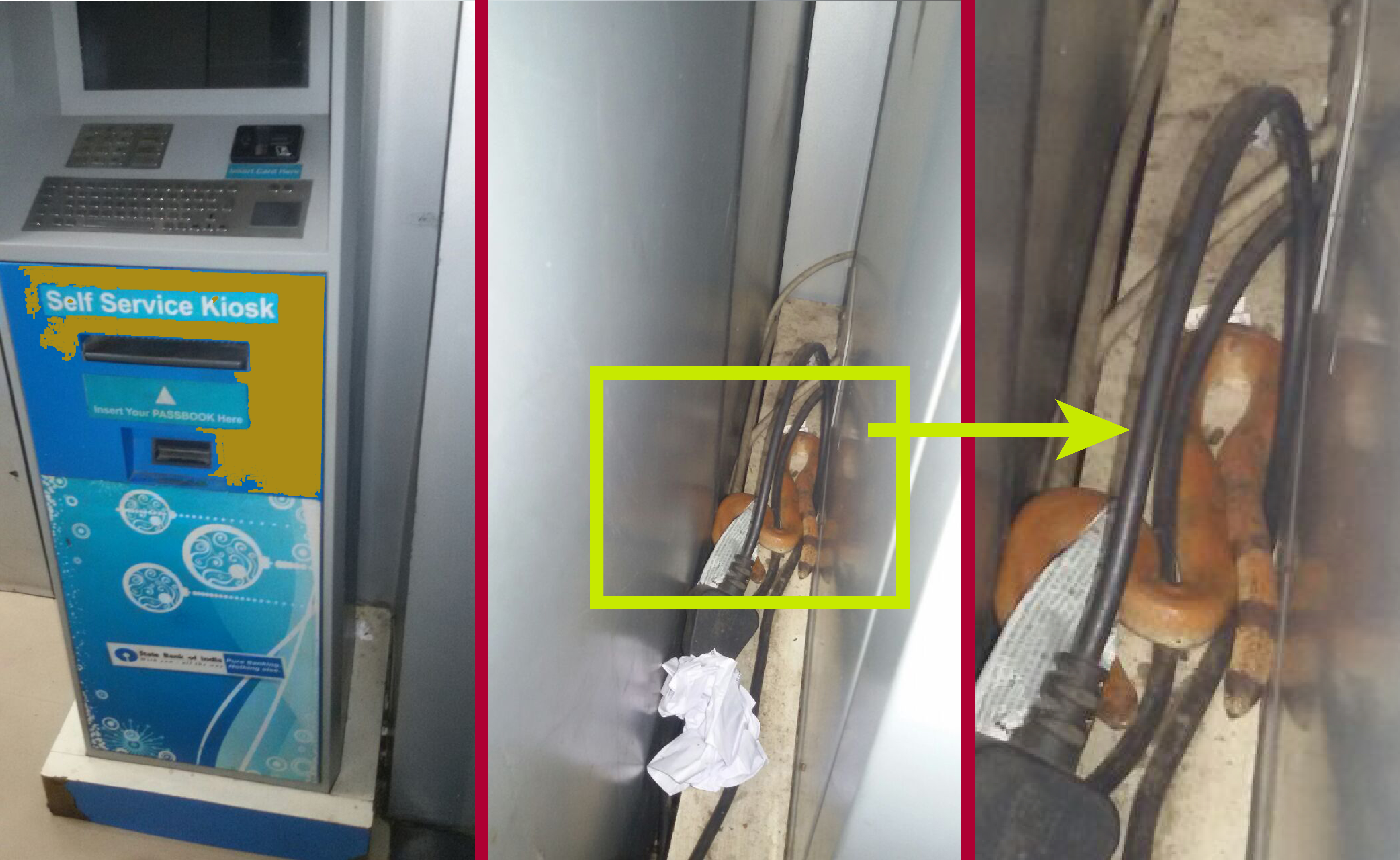 Checking your balance at the ATM can be a painful experience, but still, you don’t expect to run into a cobra there. That’s what happened at a bank station at Delhi Technological University, and panicked staff called in Wildlife SOS for help. A security guard stated that the snake had somehow gotten himself wedged into a shutter door gap, and he had been there for days before any patrons noticed it. Our intrepid reptile rescue team gently guided the cobra into a snake bag, and he was eventually released back into the wild. 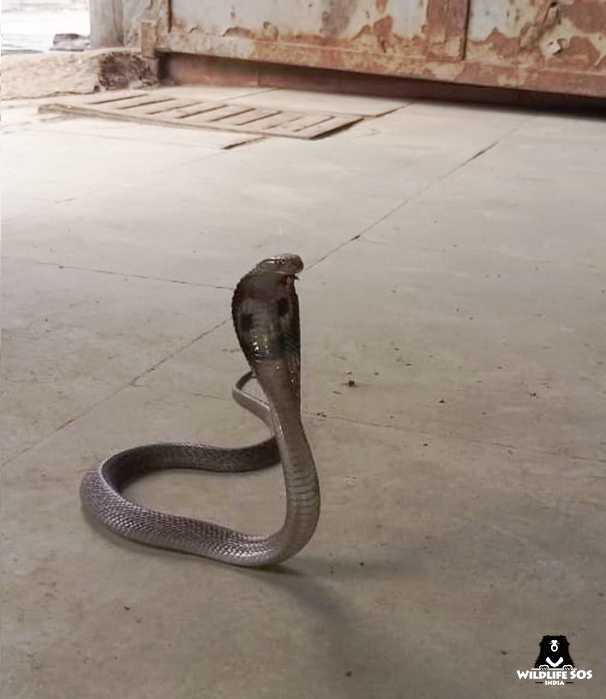 Suppose you’re a security guard on your usual shift at the food warehouse. You notice something wedged between the table and wall. Normally that’d be something like a jacket that fell off the table or maybe some garbage that didn’t quite make it to the trash can. But “normal” wasn’t in the cards for security guard Ram Naresh that night: wedged behind that table was a four-foot Indian cobra! After his shock wore off, Naresh called the Wildlife SOS 24-hour Reptile Rescue Hotline, and we dispatched our team. The scared snake reared back and flared its hood in protest, but we managed to shuttle him off to safety for release back into the wild. 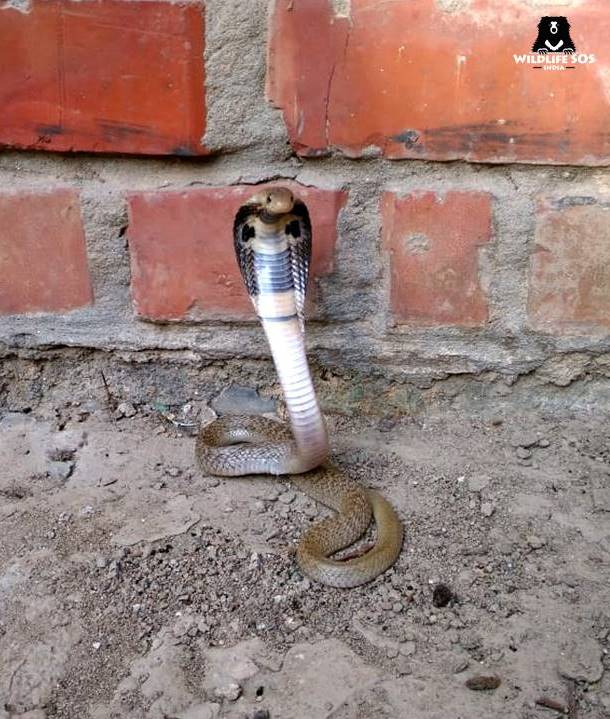 You know you’re having a weird day on the badminton court when you hear hissing. That’s exactly what residents in a student dorm area at Jawaharlal Nehru University heard — and they had a fine visual to accompany it: coiled just a few feet away sat a terrified cobra, hood up! Commotion on the court ensued, but one compassionate student saved the day. “The situation was about to turn hostile,” said Shwetabh Suman, “so I intervened before anyone could harm the cobra and called Wildlife SOS.” Thanks to this sympathetic sophomore, we managed to rescue the snake before it or anyone else was injured. 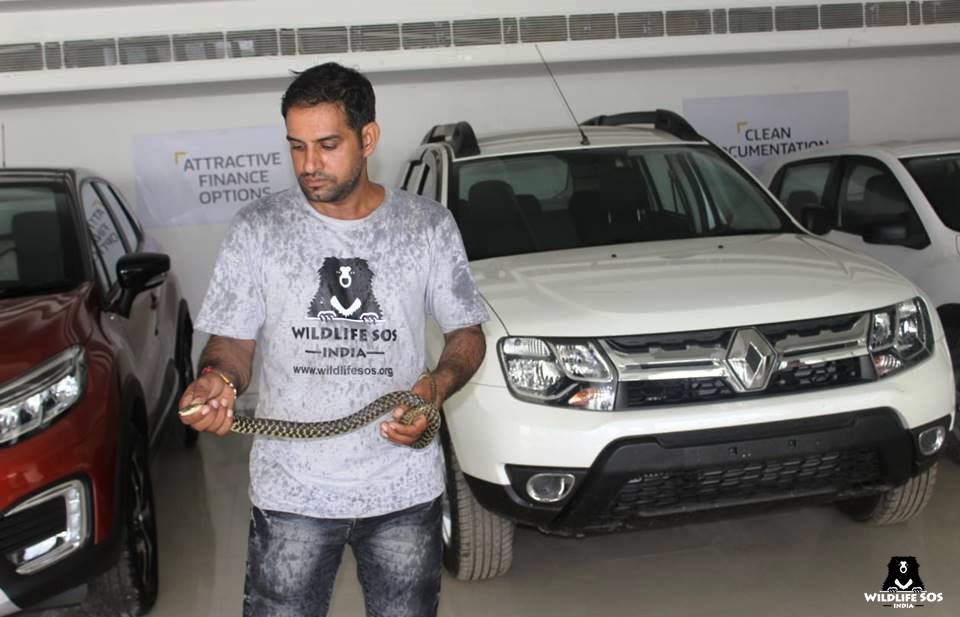 Buying a Renault has never been so exciting! Employees at Vimal Cars in Agra were somewhat surprised to see a serpent 15 feet down their storm drain. They called us quickly. Although we had no idea what species we were dealing with — cobra, python, garter snake — our rescue team did everything they could to save him fighting rising water levels from heavy rain the whole time. First, they used a grinder to cut through a grill over the drain tank, then a team member lowered himself into the tank, with no idea of what to expect. After two soggy hours, he emerged victorious with an unharmed if somewhat freaked-out checkered keelback in hand. Though harmless, keelbacks are spirited little guys, and they’ll put up a fight if cornered. We assume our intrepid rescuer had a bite mark or two. 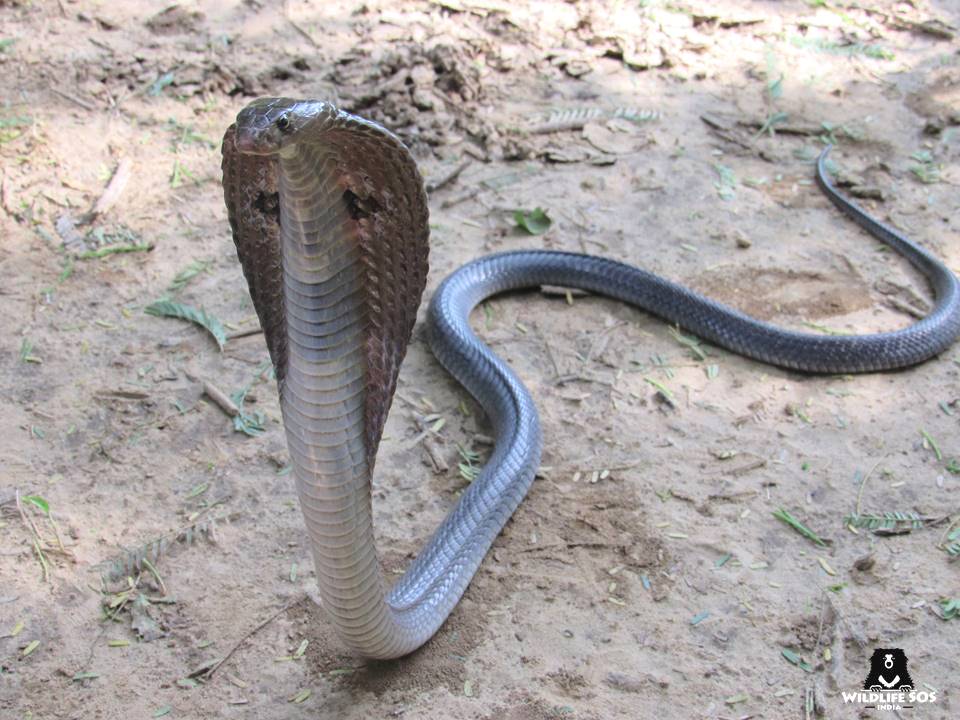 Believe it or not, when we got a call from the President of India’s office, we actually weren’t that surprised. This time, a small cobra had been spotted in a rain gutter downpipe on the President’s estate. We quickly deployed a two–member team to carry out the rescue. Over the years, we’ve been contacted more than once by the President’s office to rescue stranded wildlife there, and we’re grateful that they care about animal safety. If only snakes could vote! 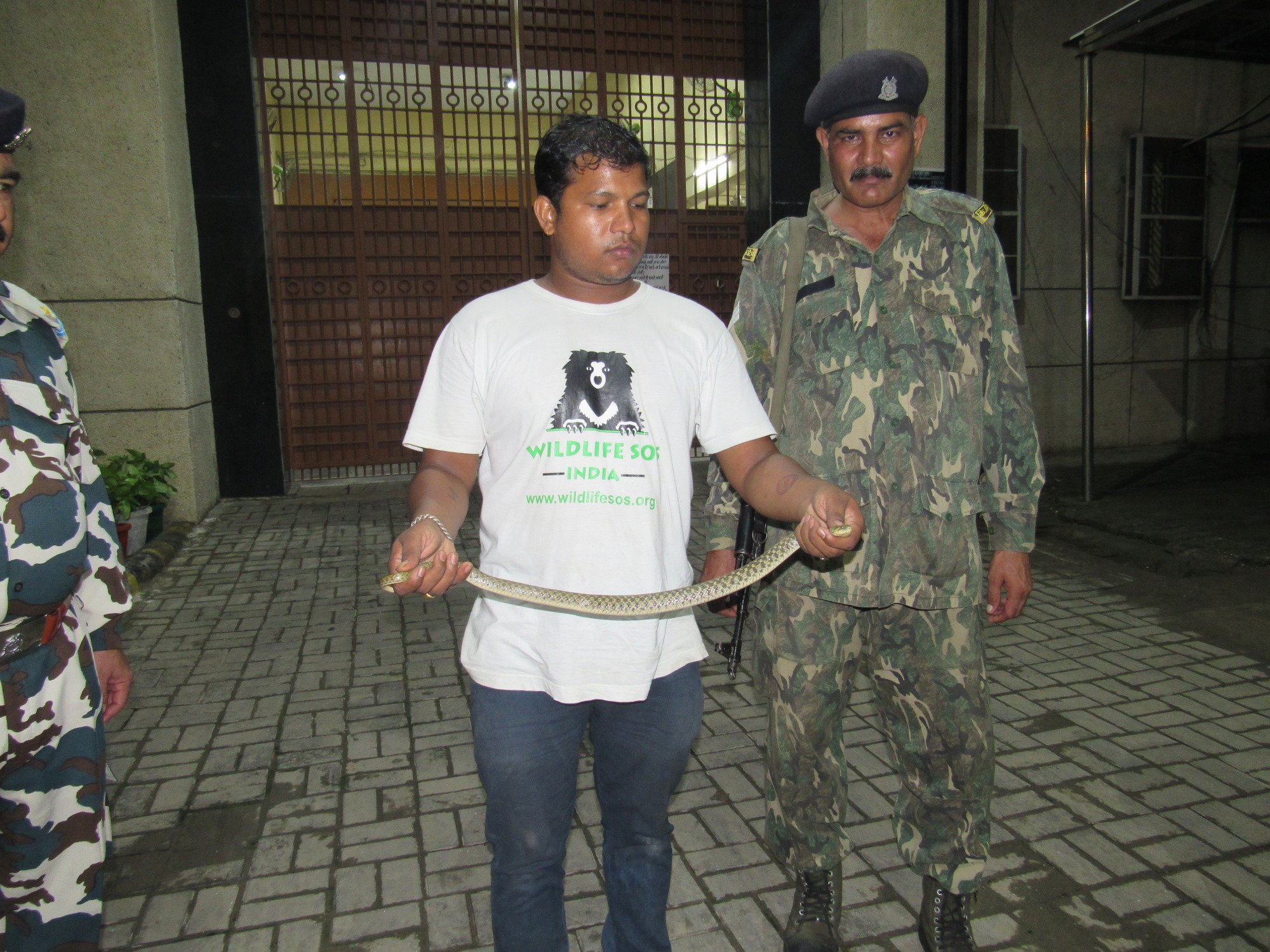 Some people say that prison shouldn’t be a country club — but c’mon! Inmates and guards reported a four-foot, cobra-like serpent moving through the prison yard. But once we got to the scene, our rescuers realized it was just a harmless checkered keelback acting out. These snakes are known for mimicking cobras by inflating their forebody to mimic a hood, and even the hardest convicts wanted no part of that action!

Rescue 4. Back to School Snake 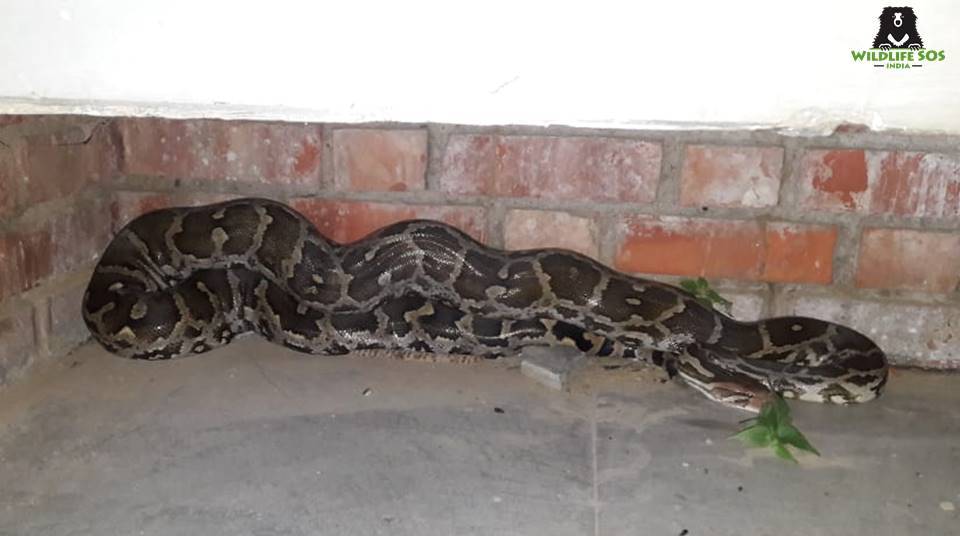 A quiet night was not to be had by security officers at the Hindustan Institute of Technology and Management, who came across an eight-foot-long Indian rock python hanging out at the school’s Department of Mechanical Studies. Indian rock pythons are non-venomous but often considered dangerous due to their size, and as a result, they face extreme hostility when they venture into human surroundings. Luckily this eight–foot fellow was rescued unharmed and removed from campus. Perhaps he can finish his studies online. 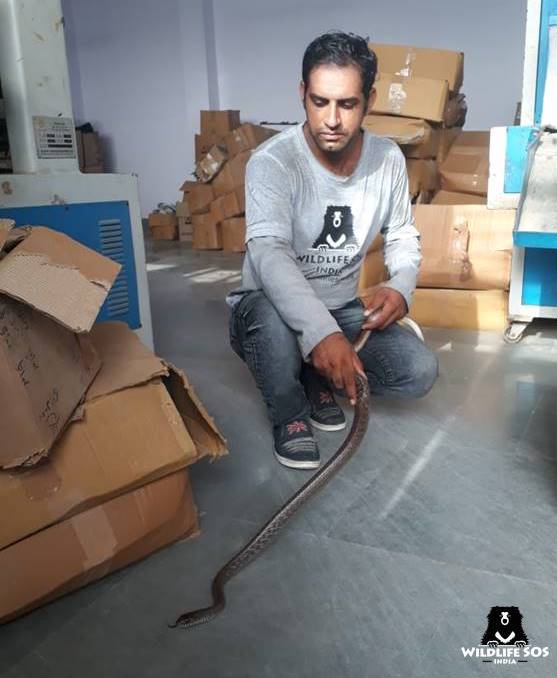 If there is one animal you’d think wouldn’t have much need for shoes, it’d probably be a snake. However, one six-foot–long rat snake apparently thought he would look into what all the fuss was about. This snake was found perusing a stack of cardboard boxes at Bajaj Overseas (a shoe–manufacturing company in Agra). Six feet is considered large for a rat snake — it’s certainly large enough to send the shoe staff into a small panic. Upon his release back to the wild, the reptile shot us a final look that seemed to say “Shoes … I still don’t get it.” 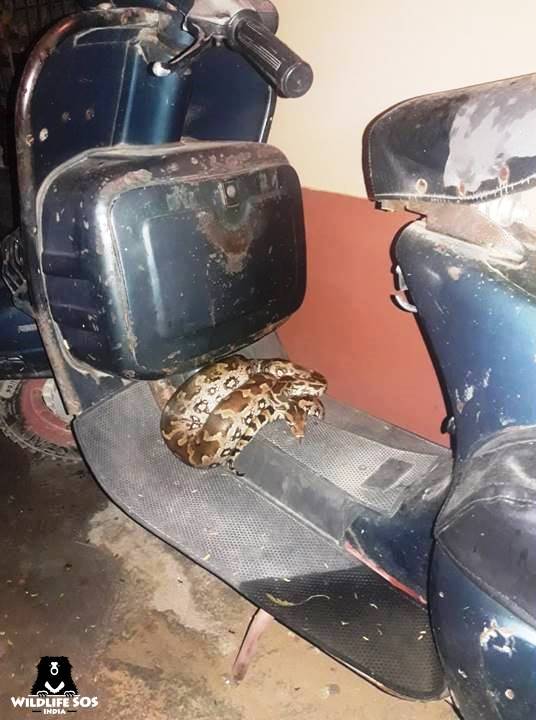 Sometimes you just wanna get on a motorcycle and ride off into the night. Apparently, even pythons get the urge. When Delhi resident Kiran Kumar strolled out to his bike for a late-evening spin, he found the scooter already in use — by a four-foot rock python that had curled up on it. In actuality, the baby snake wasn’t looking to take Kumar’s bike on a joyride, it was just seeking shelter from a monsoon downpour. Kumar says that snake sightings are now common in his neighborhood (a byproduct of human encroachment on their habitat). Both Kumar and python rested comfortably after Wildlife SOS team members intervened. 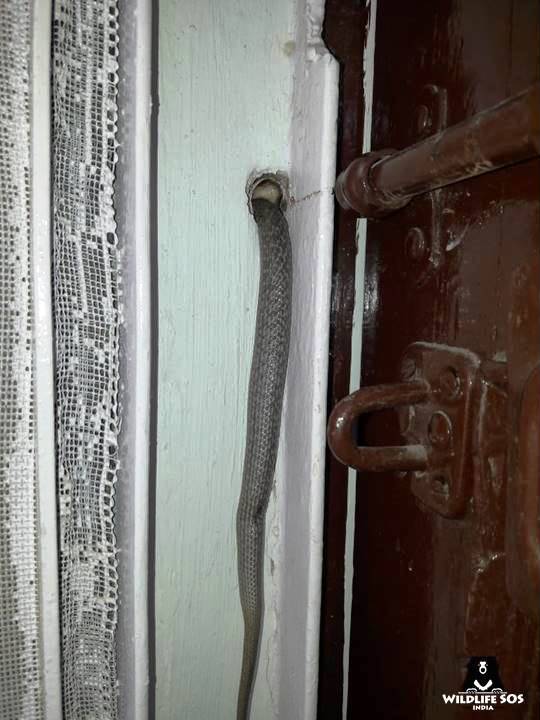 Imagine stumbling down to your kitchen, still bleary-eyed from the night before, only to find yourself face to face with an Indian cobra, somehow lodged into the door latch and struggling to free itself. Yikes! That’s exactly what happened in a household in Agra. Wildlife SOS dispatched a two-person team to the panicky household, where our rescuers worked carefully to ensure that cobra — and family — experienced minimum stress during the process. Come on, cobras: mornings are already a challenge for some of us!

Bonus Rescue: Croc in My Room 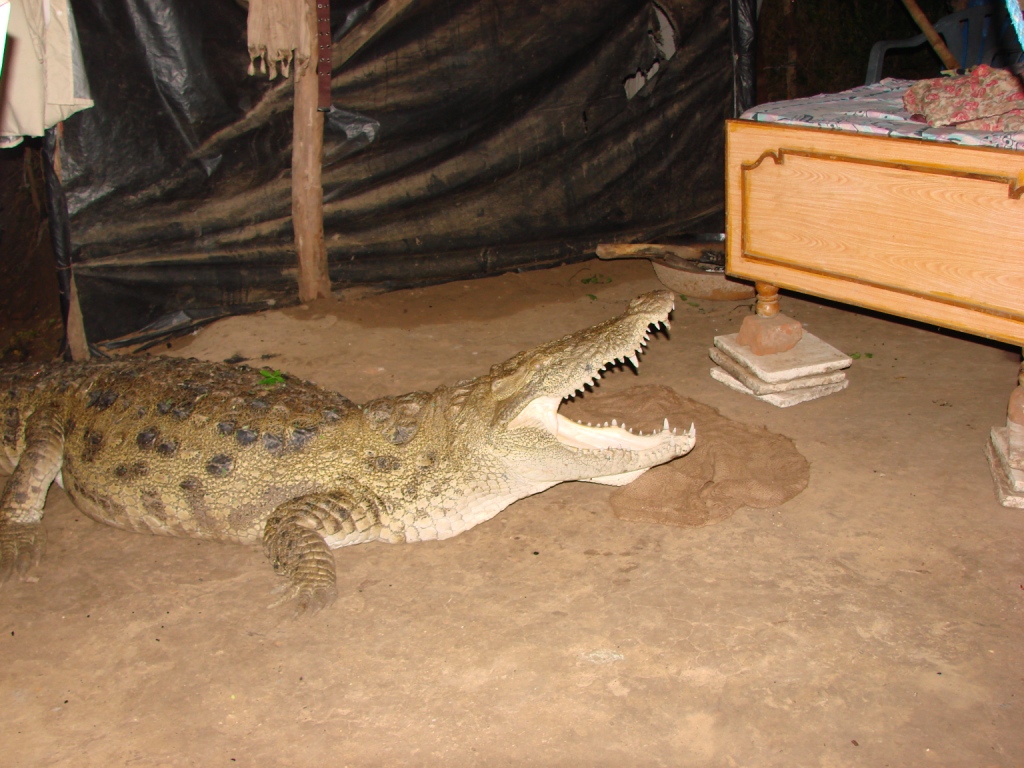 As a special “bonus boo,” we’re throwing a non-serpentine reptile into the mix. Even though the presence of an uninvited snake in your house can be startling, snakes certainly don’t “go bump in the night.” That’s exactly what one Gujarat couple heard at 2:00 a.m., only to find a 13-foot crocodile at the foot of their bed. Perhaps looking for a late-night snack, the crocodile had crawled in under a plastic wall in the unfinished home. Luckily, the couple knew that Wildlife SOS handles crocodile rescue and gave us a ring. Definitely time to invest in a bunk bed!

To learn more about Wildlife SOS and their efforts to save animals in need, click here.