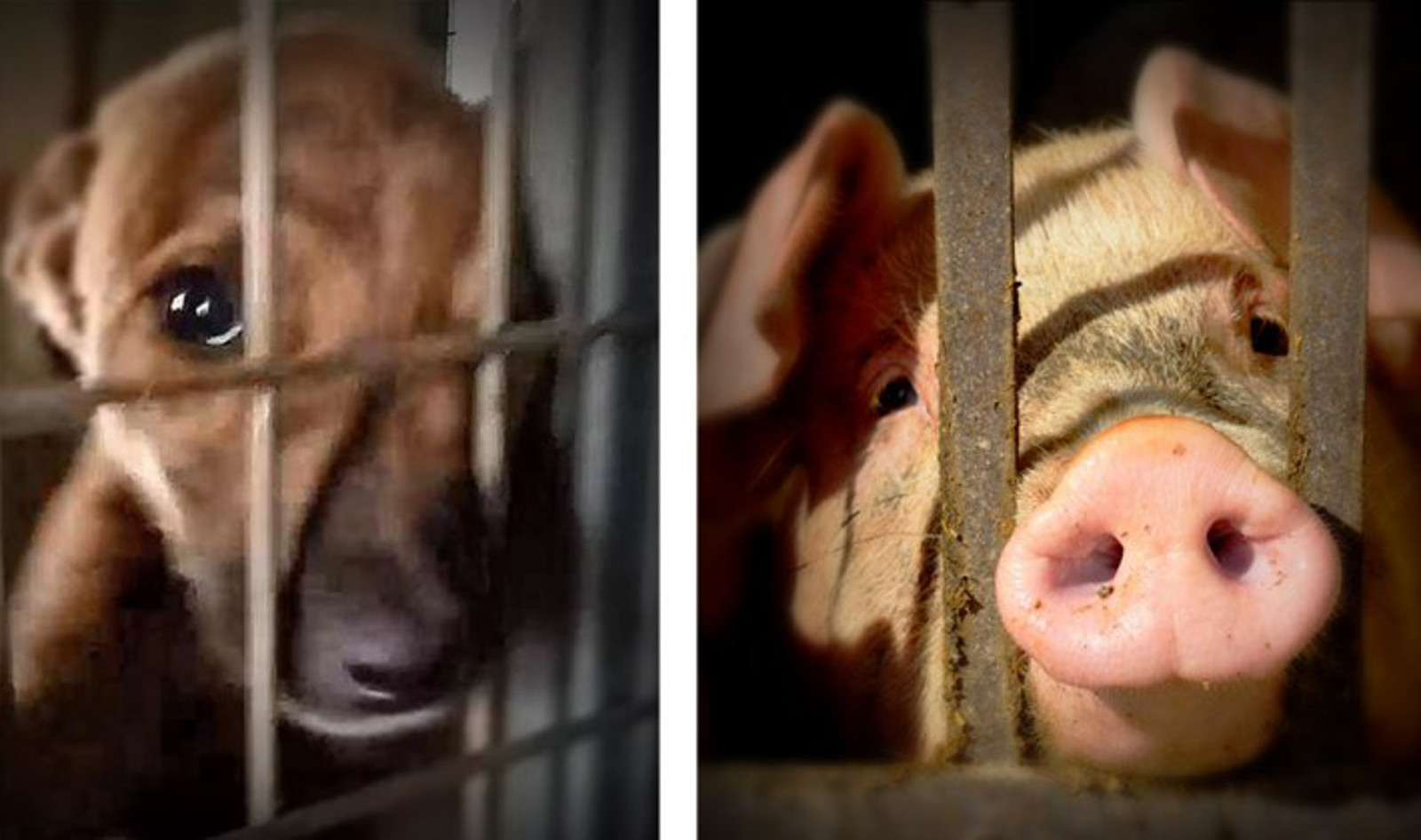 “Chilling, confronting, horrific” — that’s how the New South Wales (NSW) Premier described the findings of his Inquiry into greyhound racing. He was so shocked by what happens to dogs in this industry that he made the historic decision to close it down. But the same bad things are happening to animals in other industries … and just like greyhounds, their only hope is caring people finding out.

Here are 4 things to take away from the Inquiry that led to the ban on greyhound racing.

1. Animals are Not “Waste” Products

Unwanted bobby calves are trucked off to slaughter so their mothers’ milk can be sold for human consumption.

This is an industry whose members have not only condoned but have participated in the mass slaughter of tens of thousands of healthy greyhounds simply because they no longer are, or never were, able to compete against other dogs. Special Commission of Inquiry into the Greyhound Racing Industry in NSW

Sadly, greyhounds are not the only animals discarded once they’re deemed unprofitable. Unwanted baby animals brought into the world by the dairy and egg industries are also in danger — that their parents cannot protect them from.

Once hatched, a male chick who won’t grow up to produce eggs faces death by maceration or gassing — with millions of chicks killed in Australia every year as “waste products” of the egg industry. And in the dairy industry, a male calf will be taken from his mother and killed in his first week of life, all because he can’t produce milk. This is the sad fate of hundreds of thousands of ‘bobby calves’ every year.

2. Industries Profiting From Animals Shouldn’t Set Their Own Standards

Industry has long dominated the process that sets legal standards for how animals are treated in factory farms, which is why highly intelligent animals are still legally subjected to routine confinement and cruelty.

It is concerning that GRNSW has involved industry participants in the process of setting welfare standards. Special Commission of Inquiry into the Greyhound Racing Industry in NSW

The greyhound Inquiry exposed a conflict of interest that is also present in other animal industries — industry bodies having too much influence over the setting of animal welfare standards. And when intensive industries lobby hard to continue their cruel practices, it often results in legislation that does not protect animals from cruelty.

In Australia, this process has led to animals bred and raised for food being deliberately excluded from laws that protect our pets at home, purely for commercial reasons. As a result, pigs and chickens — just like greyhounds — are left exposed to legally-sanctioned acts of cruelty including severe confinement.

3. Animals are More Than Units of Production

Chickens raised for their meat can be kept in highly stocked sheds with tens of thousands of other birds.

The reality is that, for many, perhaps most, of those who participate in the industry… greyhounds are commercial commodities, not animals to be cherished and loved. Special Commission of Inquiry into the Greyhound Racing Industry in NSW

Just like the greyhounds used as vehicles for gambling profits, a factory farmed chicken is just a means to an end for the “meat” chicken industry. Selectively bred to grow very fast — this unnatural growth rate puts enormous pressure on their hearts and immature skeletons. In Australia, 20 million chickens will suffer and die in sheds every year as a direct result of how they are being farmed.

Their egg laying friends don’t fare much better. A battery hen, who is caged for life, is valued for nothing more than the eggs she lays. Once she can no longer lay eggs at a ‘profitable’ rate, she is considered ‘spent’ and is sent to slaughter — from just eighteen months old.

4. Animals Should be Protected From Pain and Cruelty

It is an industry where… many trainers appear to prefer cheap and sometimes painful methods of treating greyhound injuries instead of using the services of qualified veterinary surgeons. Special Commission of Inquiry into the Greyhound Racing Industry in NSW

The Inquiry heard unqualified “muscle men” and self-help measures are frequently used to perform medical procedures on greyhounds. The dogs are not alone. Many people will be shocked to learn that farmed animals are routinely subjected to painful surgical mutilations — without any pain relief.

Caged hens have the sensitive tips of their beaks cut off, piglets in factory farms have their teeth and tails clipped, bulls are castrated and branded, sheep suffer through mulesing and tail docking, turkeys have the tips of their toes cut off, and dairy cows may have their horn buds scooped out — all procedures that cause severe pain and discomfort.

What we’ve learned from the fall of greyhound racing is that community expectations for how animals should be treated are rapidly changing. As society broadens its circle of compassion, cruel practices routine in many animal industries no longer stand up under the spotlight of public scrutiny. And if enough caring people demand change, political leaders will listen.

Just imagine if all animals were afforded the same considerations as those now extended to greyhounds in and beyond NSW … the world would be a much kinder place.