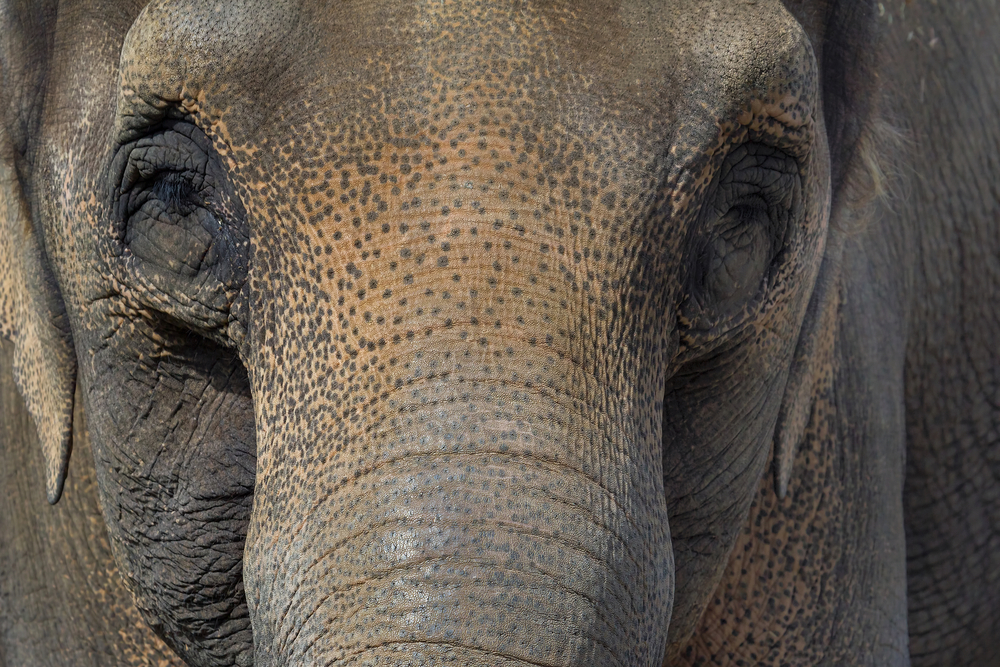 Elephants are one of the most cognitively sophisticated, revered species on the planet, with a very specific way of life. In the wild, these animals live in closely bonded matrilineal herds, headed by a matriarch (the oldest and most experienced female). The herds are comprised of the matriarch, her daughters, and their offspring. Adult males typically roam alone or band together in small “bachelor” herds. Elephants are among the widest-ranging land mammals on Earth and can travel up to 50 miles a day. They have been recorded grieving and comforting one another when a loved one dies, demonstrating a high level of empathy and emotional intelligence.

Sadly, elephants who live in zoos or circuses are never permitted to express their natural instincts or experience the free-roaming lifestyle they would have in the wild. Zoo enclosures provide elephants with a minuscule fraction of the space they would have in their natural habitat, and can never hope to replicate the mental stimulation, social enrichment, and physical activity they would receive in the wild. An estimated 40 percent of zoo elephants are obese, due to the sedentary lifestyles they are forced to lead.

Captive elephants are also commonly afflicted by psychological problems and stereotypical behaviors (abnormal, repetitive habits such as repeatedly shaking their heads or wobbling from side to side).

While zoos claim to have the highest interests of their animals at heart, and often state that they are acting from noble motives of conservation and education, every so often a story comes up that reveals the truth: animals who are held in zoos are there to raise a profit for zoo owners, and if they fail to do so, the consequences can be fatal. The story of Marius the giraffe – who was brutally killed by Copenhagen Zoo as soon as he was considered surplus to requirements – is one example of this. In the majority of zoos throughout the world, the quality and inherent worth of individual animals’ lives are considered to be lower priorities than the act of profit-making.

The story of Kaavan, an Asian bull elephant who has languished in captivity since 1985, is another heartbreaking example of how zoos show scant regard to their animals’ quality of life, so long as they can continue using them to draw in visitors. Kaavan was captured at the age of just one-year-old in Sri Lanka in 1985: cruelly torn away from his herd in order to be displayed in Islamabad Zoo, Pakistan, where he has remained ever since. He is kept in chains day in and day out and has been completely alone since 2012 when his partner Saheli passed away from gangrene and chronic neglect.

Now, there is a chance that this long-suffering elephant could finally taste freedom.

Islamabad Zoo (formerly known as Marghazar Zoo) has continued to hold onto Kaavan throughout the years, despite the many concerns raised by those who have witnessed his horrible living conditions. Local and international animal rights campaigners have been pushing the zoo to release him to a sanctuary for many years, but governmental apathy has constantly blocked their efforts.

Now, however, Lek Chailert – a long-term advocate for captive elephants and founder of The Elephant Nature Park sanctuary in Thailand – has offered him a fully funded place at another sanctuary that she has co-founded, the Cambodia Wildlife Sanctuary. 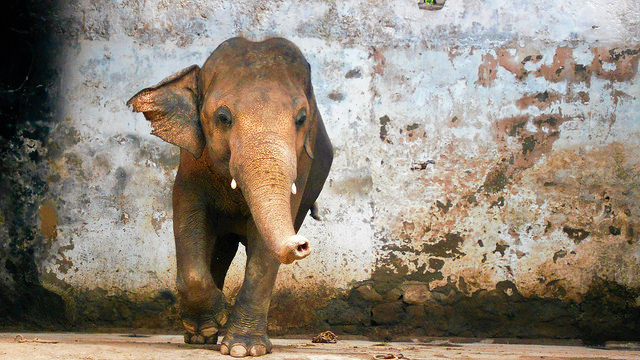 Activists are currently organizing a huge campaign to secure Kaavan’s freedom and get him sent to his new home. The campaign is being led by Animal Welfare Worldwide, who have set up a petition on Change.org, aimed at urging Pakistan’s Prime Minister Muhammad Nawaz Sharif, along with eight of the country’s Senators, to order Kaavan’s release.

A number of Senators have already come on board, but if the remaining Senators can be moved to recommend his release, this would ensure that prompt action is taken. One campaigner named Anika Sleem told One Green Planet, “Senators of Pakistan – knowing of his life at Islamabad Zoo – did indeed recommend his move to a sanctuary as being ‘the right thing to do’ on July 25, 2016, but the local government who manage the zoo and therefore ‘own’ Kaavan still stubbornly refuse to let him go, due to the high amount of income he attracts from zoo visitors.”

The situation has become more urgent following the death of an elephant named Suzi in Lahore Zoo, Pakistan, last month. Suzi died after suffering numerous health problems related to the zoo’s negligence and inadequate care: a fate that befell Kaavan’s partner Saheli, and could befall Kaavan – unless he is moved as soon as possible.

You can help by signing the petition today! With the support of animal lovers all over the world, there is a chance that this long-suffering, tortured elephant can finally know freedom.