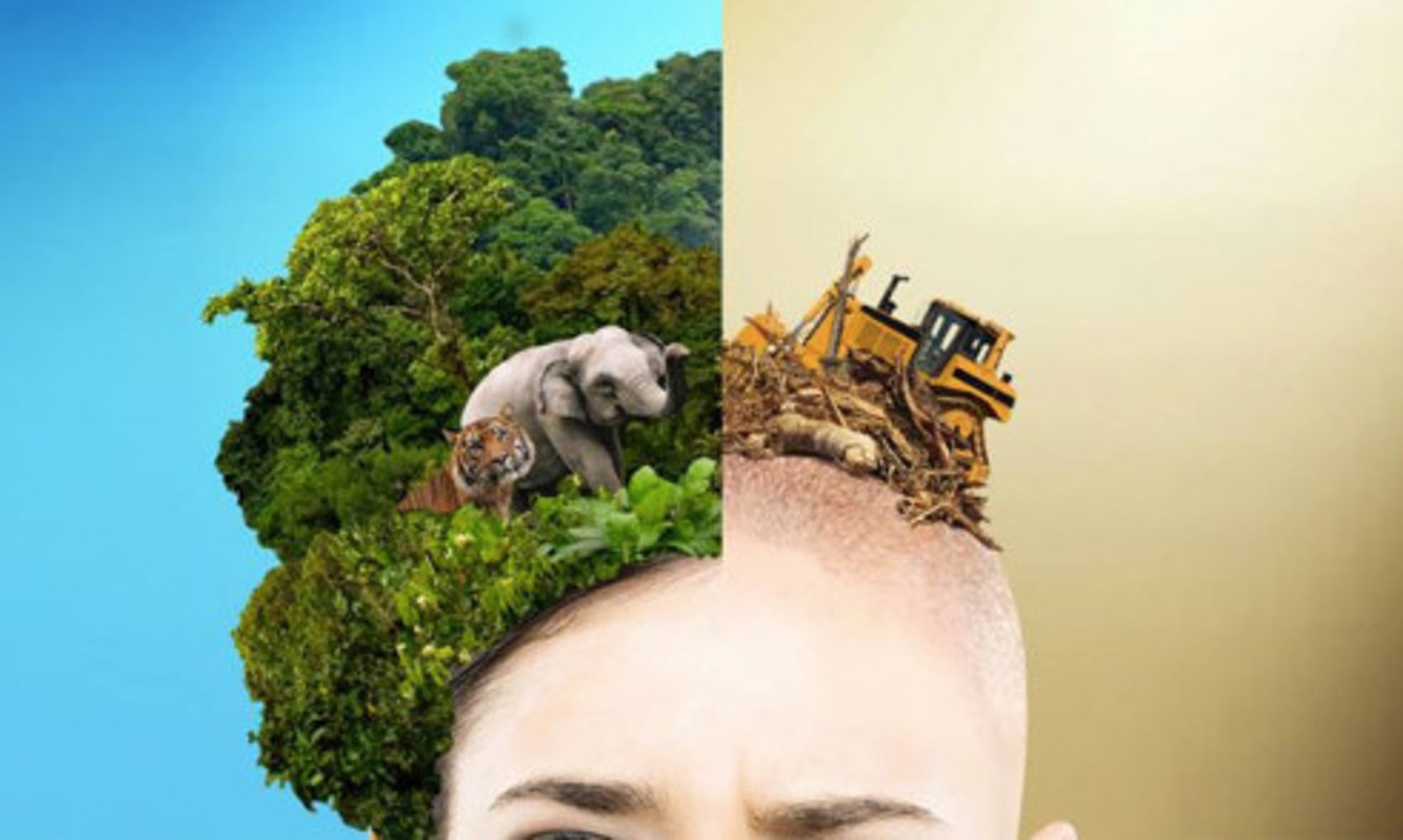 Walking into a grocery store, all we see as consumers is a finished product. Snacks perfectly packaged and ready to eat, shampoo and laundry detergents ready to go, and walls and walls of paper products just asking to be taken home and used. What we see as consumers are products designed to make our lives easier, and let’s be honest, being able to walk in and out of a store and have dinner set for the week is awesome. But, what we don’t see is where these products and foods came from and what really went into their production, and what potential impact the snacks and products we use have on the planet.

While these products may come as a convenience to us, they come at a great cost to plants and animals across the world. When you look at the ingredients that went into the jar of peanut butter you just purchased and see palm oil, you probably never thought twice until you learned what palm oil is. Palm oil production has lead to the conversion of 8.7 million acres of rainforest across Papua New Guinea, Malaysia, and Indonesia, to palm plantations. Tropical deforestation contributes to 18 percent of global greenhouse gas emissions, and the loss of these vital habitats and ecosystems at the cost of palm production has caused the orangutan population to decline by 50 percent in the past 10 years. Suddenly, that little jar doesn’t seem so convenient … and palm oil is only one example of an ingredient that causes harm to the environment and animals.

Of course, if consumers knew the real cost of the products they buy, they might not be so inclined to continue supporting certain companies and brands. For this reason, many companies and brands are not forthcoming about the practices that occur in their supply chains. But, luckily for us Green Monsters, and conscious consumers everywhere, there are many organizations who are willing to expose the truth about what happens to the environment at the expense of the products we buy. So, take a look at this compilation of brilliant campaigns that show consumers the true cost of their consumption habits.

1. Rainforest Action Network’s Snacktivism campaign warns consumers about the cost of their purchases. 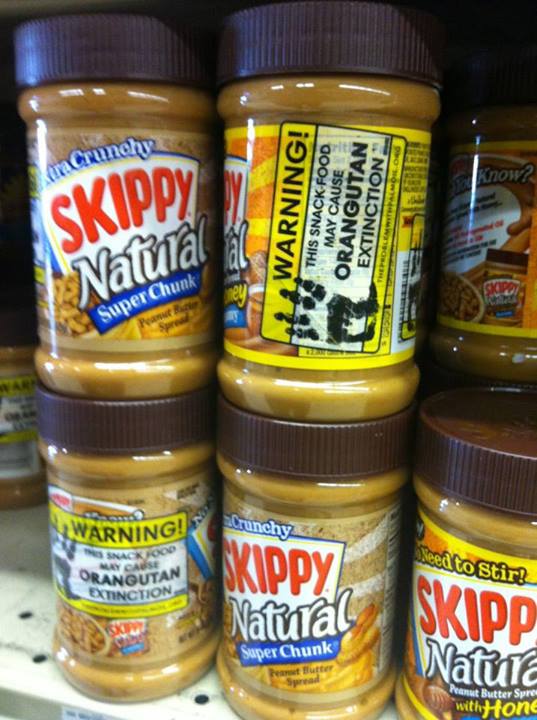 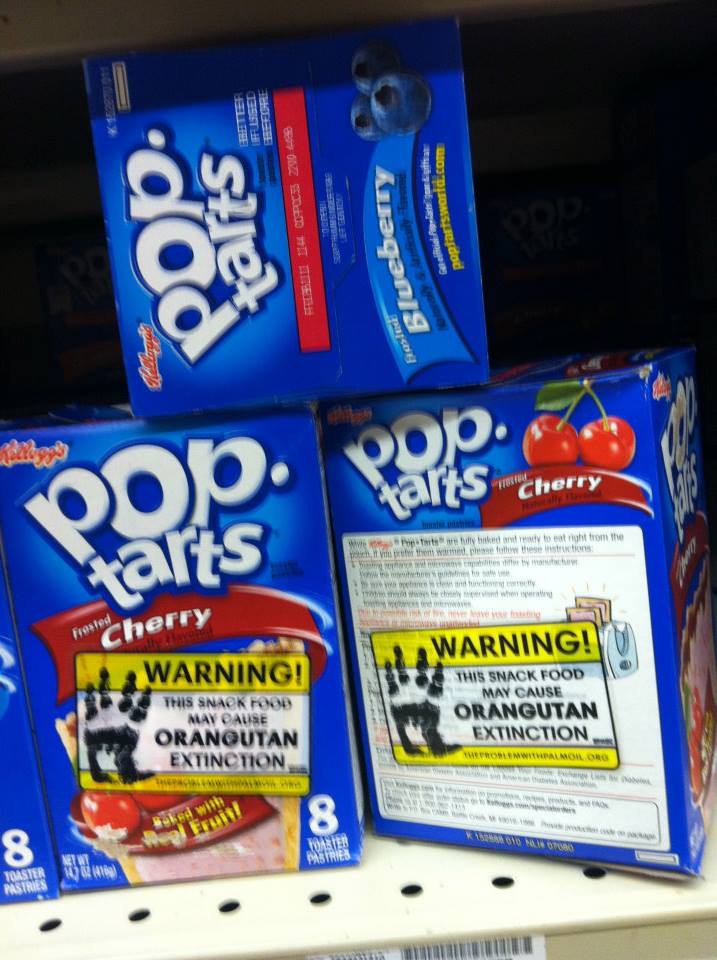 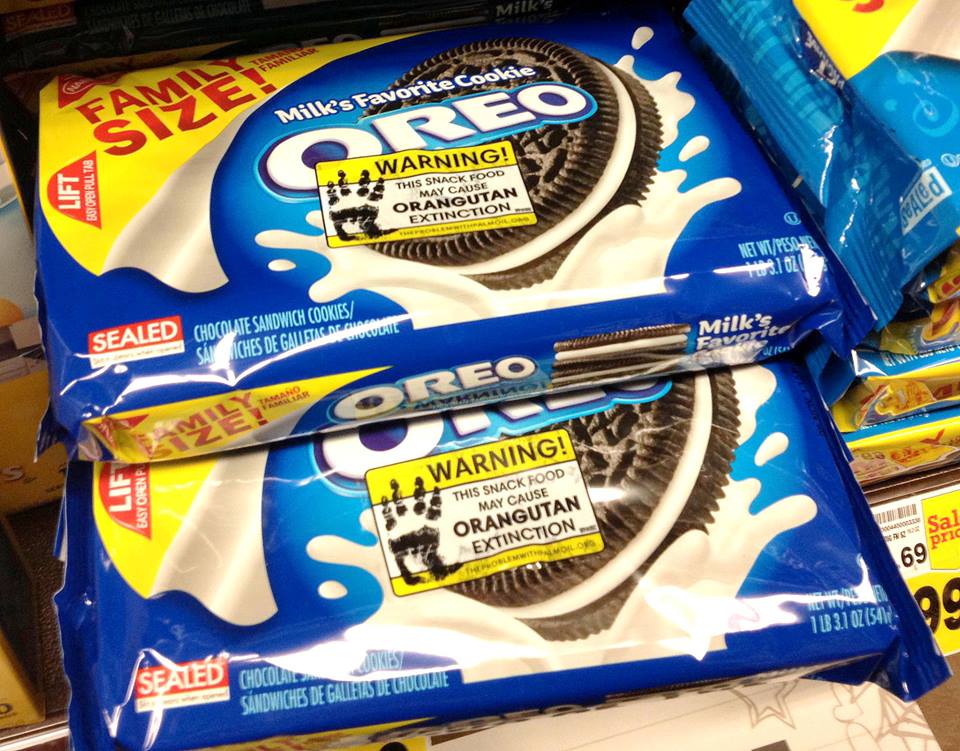 2. Greenpeace takes on Coca-Cola’s use of hydrofluorocarbons (HFCs) in cooling facilities. HFCs have a global warming potential that is 1,000 times higher than carbon dioxide. 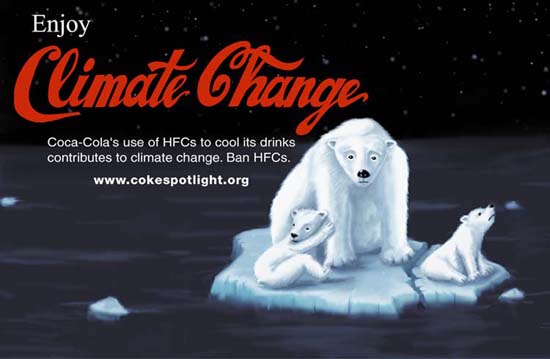 3. Rainforest Action Network calls out the Snack Food Big 20 for their use of conflict palm oil. Scroll through the palm kernels and look for the names of brands that source their palm oil through deforestation. 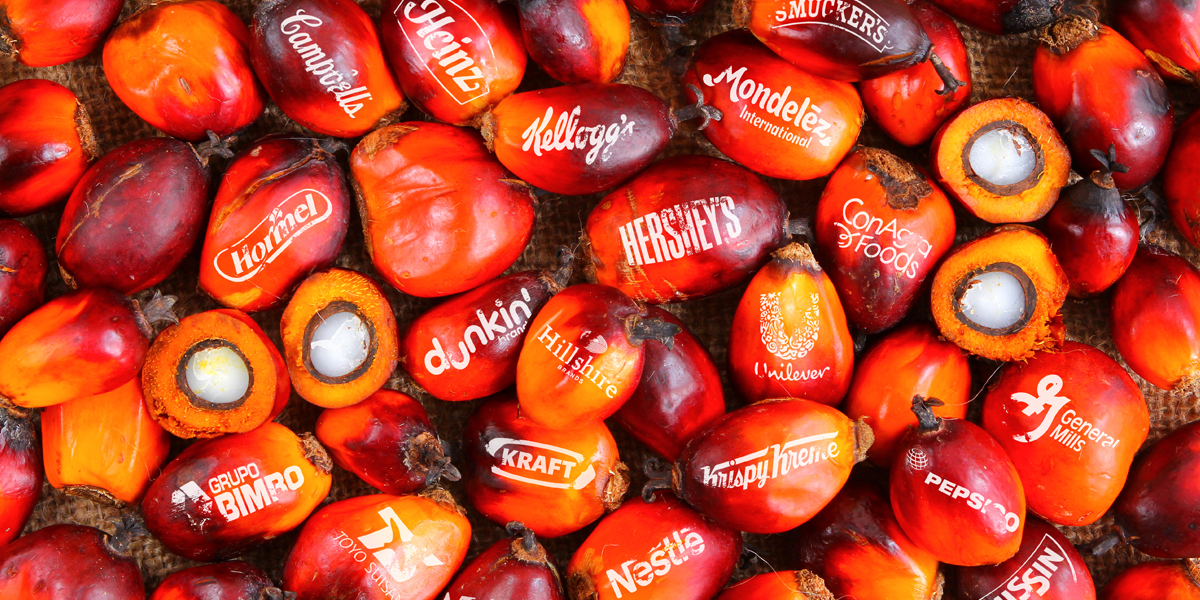 4. Instituto Peabiru illustrates the sections of the Amazon that have been subject to deforestation to make room for cattle grazing and production. 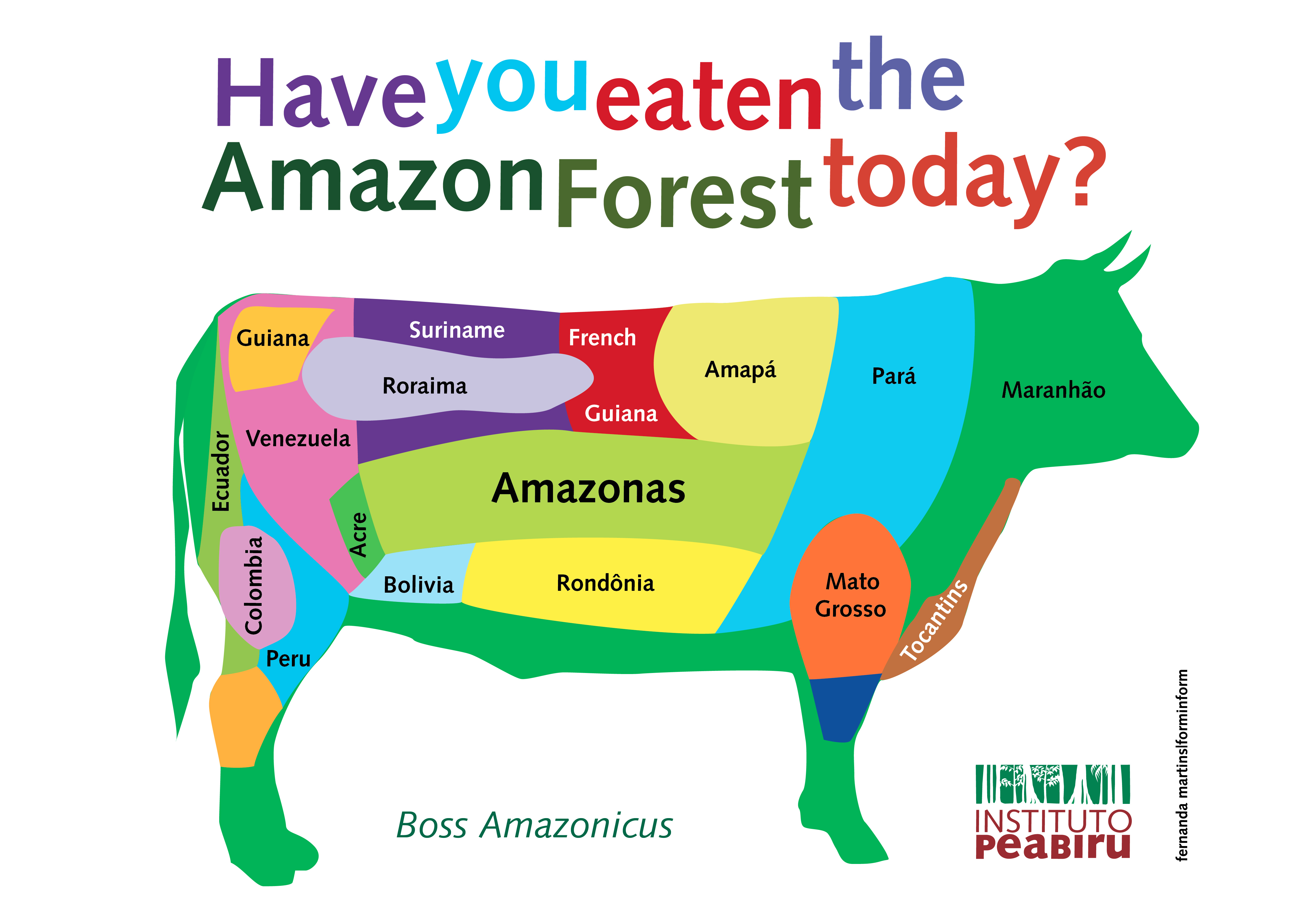 5. Palm oil is in more that snack food … check out Greenpeace’s campaign to end the use of conflict palm oil in Head & Shoulders 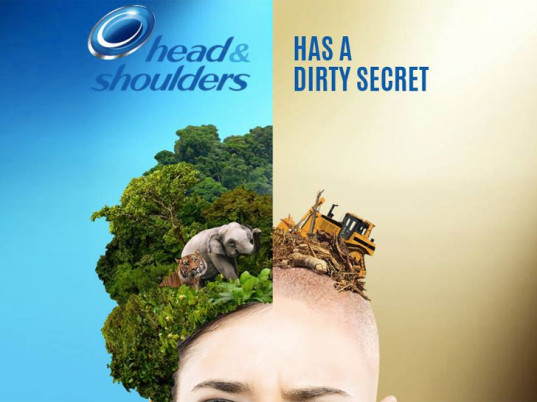 6. Give Orangutans a break. Greenpeace shows us how Nestlé’s palm oil harms these highly endangered animals. 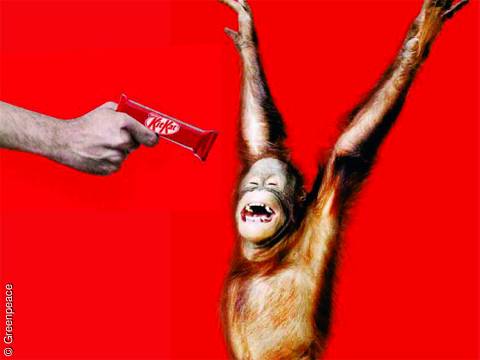 8. Greenpeace 100 percent Crime campaign. This photo shows an area of 1,645 hectares of Amazonian rainforest that were illegally deforested for logging and soybean production. 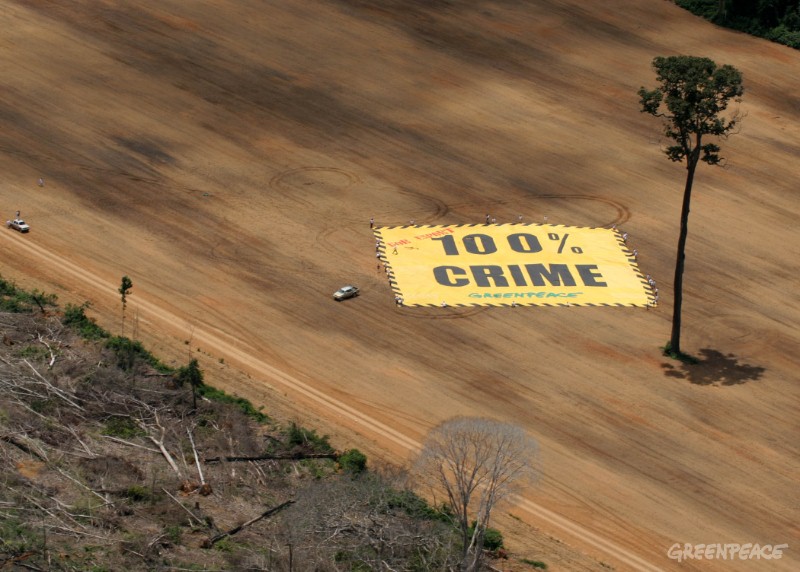 9. KFC Frying the Amazon campaign by Greenpeace. This photo illustrates fields of soybeans grown through illegal deforestation (as pictured above). These soybeans are sourced by Cargill, who supplies feed for KFC’s chickens. 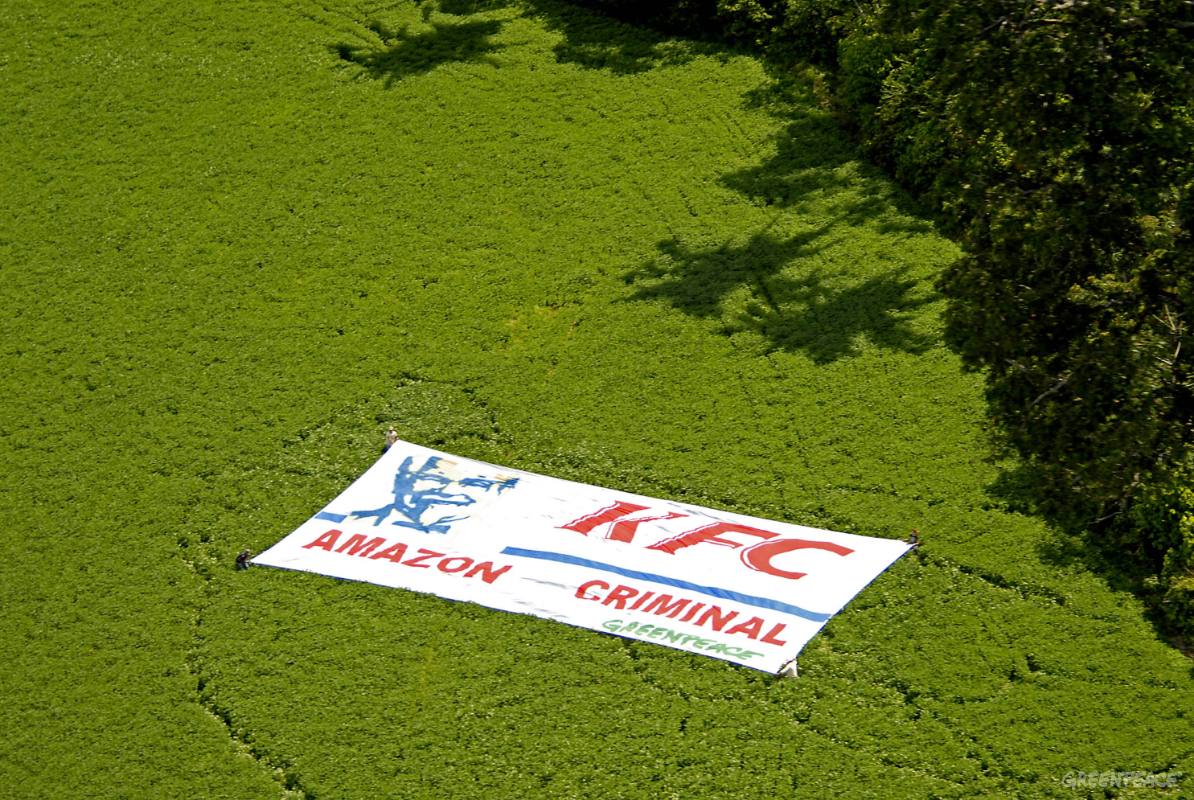 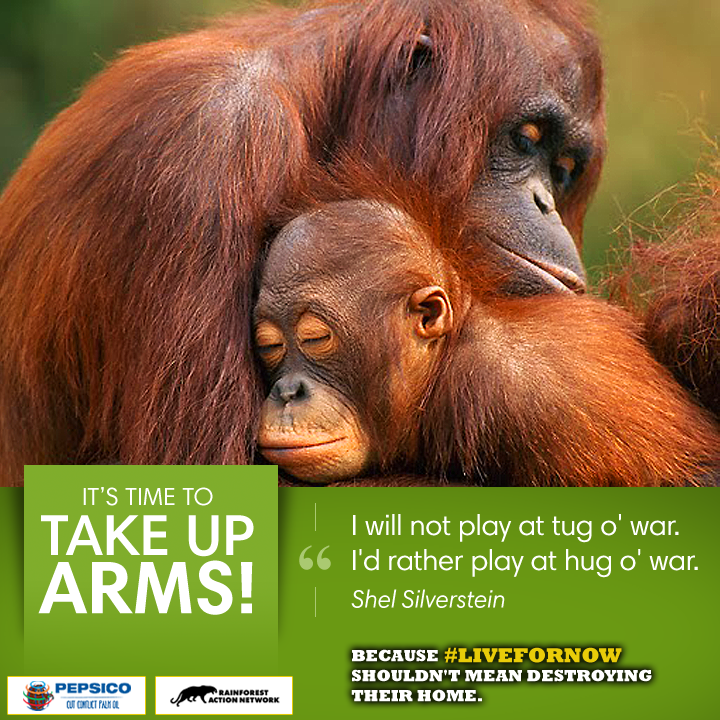 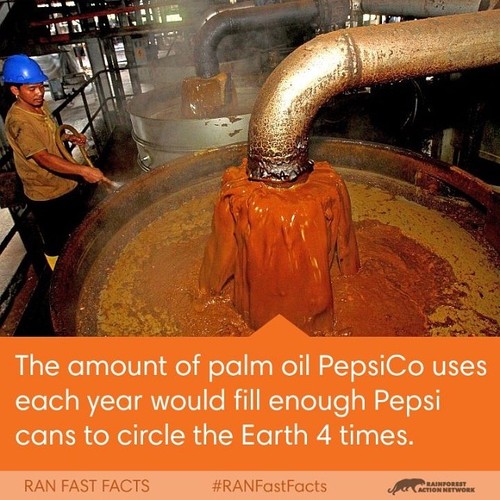