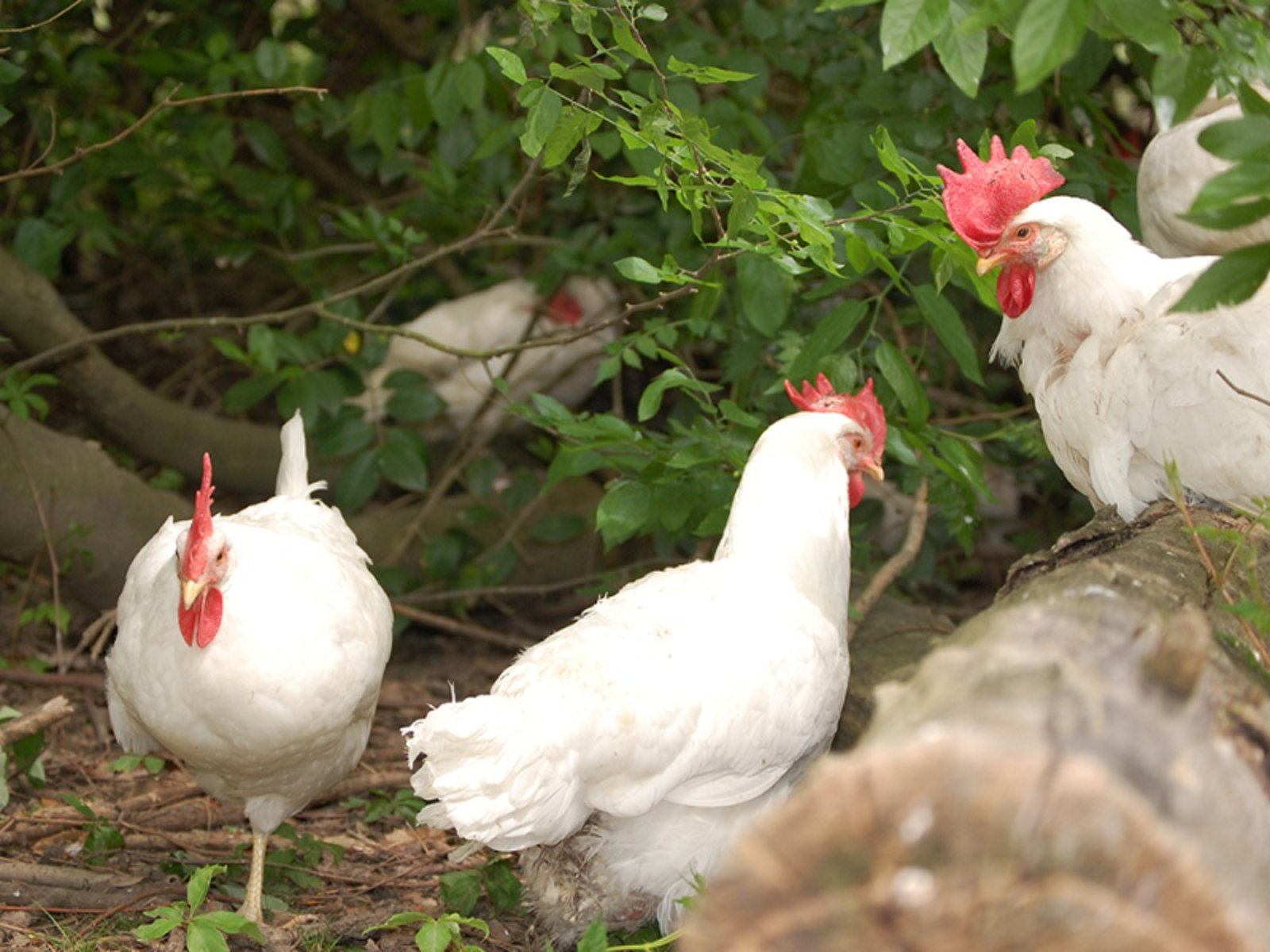 Sarah came to our sanctuary along with 20 or so other hens, rescued from a battery-cage facility in Ohio. They all had missing feathers, spiny feather shafts, and bare body parts. Their eyes had the murky look that battery-caged hens develop from living in ammonia-filled air arising from the manure piles in sunless gloom. Sarah was the worst off. She could not stand up. She had bone fractures that hadn’t healed properly, and was all but featherless. Our veterinarian determined she had a broken leg. While the other hens from her group were soon living outside with our other chickens, we kept Sarah, naked and crippled, in an enclosure on the porch. We did not expect her to stand up, let alone walk, or even live very long. But we were wrong. 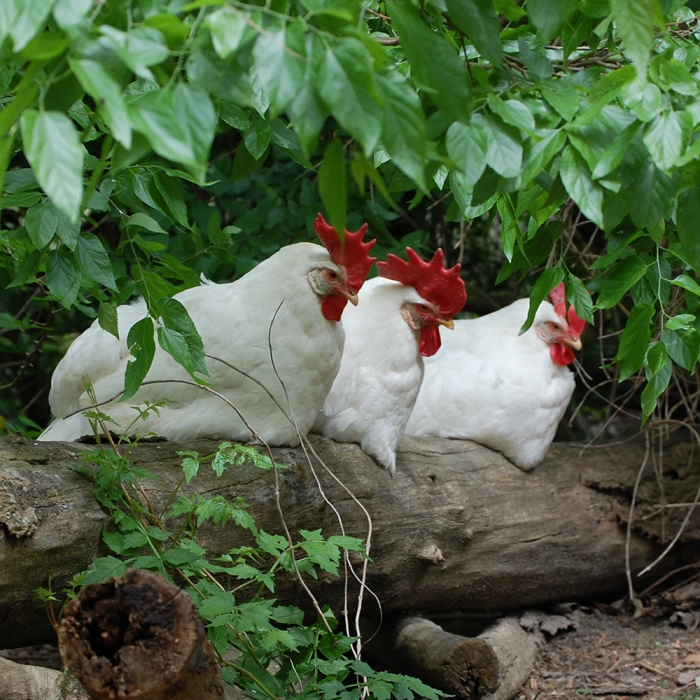 Over the years, we’ve adopted hundreds of egg-laying hens straight from the caged environment, which is all they ever knew until they were rescued and placed gently on the ground where they felt the earth under their feet for the first time in their lives. Because their bones have never been properly exercised, added to the relentless demand for calcium for eggshell formation, these hens suffer from varying degrees of osteoporosis when they arrive at our sanctuary.

The egg industry calls their osteoporosis “caged layer fatigue.” Affected hens have difficulty standing and spreading their wings. Their bones are very fragile, often fractured, and sometimes broken. They have a washed-out appearance in their eyes, combs (the red crown on top of their heads which turns yellowish-white in the battery cage), legs, and feet. Their toenails are long and spindly from never having scratched vigorously in the ground like normal chickens. Hens fresh from an egg-laying facility look like spectral ballerinas exhumed from an underworld. 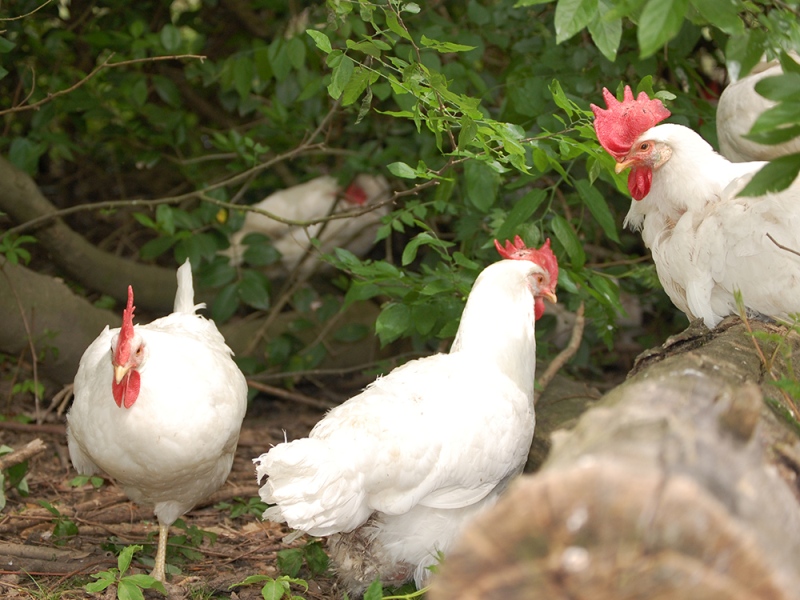 Over time, Sarah began getting up a little on her deformed legs. She began moving, cautiously, on her feet. Her feathers started coming back, and her expression changed from lusterless and defeated to alert and interested. We began letting her out of her enclosure to move about freely on the porch. One day, I brought her into the house. The personal attention had a huge effect. Sarah became friendly and assertive. If I was working upstairs, I would carry her up the steps so she could sit next to me. She started laying eggs.

One day, I ran upstairs to get something and heard a sound behind me. I turned around. There was Sarah on the third step! She stood still a minute and then she sort of hopped up to the next step. She kept coming. She made it to the landing, went into the bathroom, and sat down behind the toilet. I thought, “Okay. Let her rest there, if that’s what she wants.” Soon after, she appeared where I was working, quite animated. I checked behind the toilet, and there was a perfect egg. This became her routine, her determination to rehabilitate herself, both physically and mentally. She would climb the front steps, one laborious step at a time, just so she could lay her egg behind the toilet in the bathroom next to the second-floor landing. 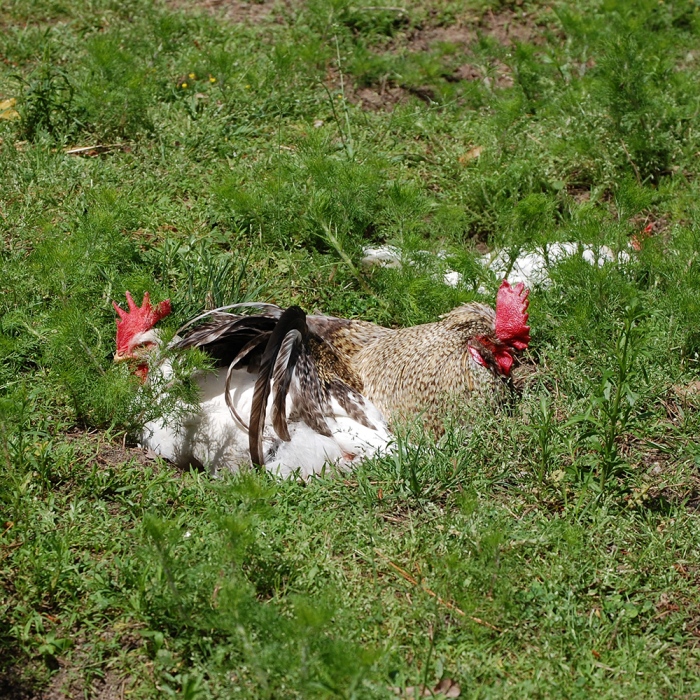 Sarah was a hen, remember, who had never known anything before in her life but a crowded metal cage among thousands of cages in a windowless building. Hens bred for commercial egg production are said to be suited to a caged environment. Until she came to our sanctuary, she had never experienced anything normal, not even something so simple, yet vital, as walking. Everything she had known prior to being rescued was designed to defeat her personality and her will because the egg industry dismisses any notion that these “egg-laying machines” retain natural instincts and behaviors (apart from laying eggs). Commercial egg producers ridicule the idea that a person could have a friendly relationship with such hens.

But Sarah was not defeated. She eventually chose to join the chickens outdoors, where she held her own as a respected member of the flock, and we felt privileged to have had the opportunity to spend several wonderful years with her before she died.