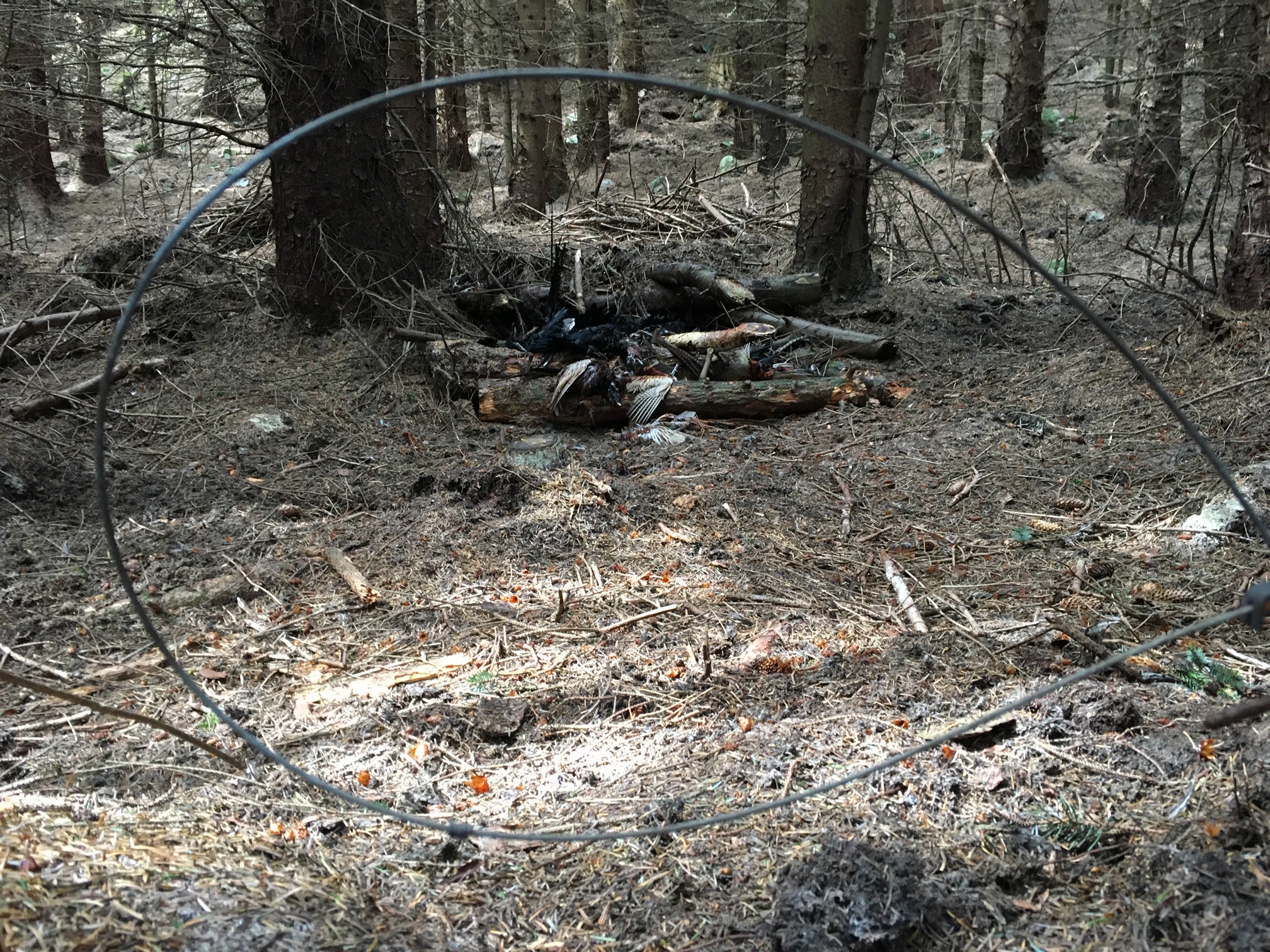 A snare is a trap in form of a noose and usually made of wire. It’s a torturous device used to capture animals. It’s often used by poachers and trappers. These traps are cruel enough because of the way they capture animals and cut their skin, causing them to panic and hurt themselves further. Hunters and trappers like to argue that it’s ‘humane,’ but “in reality it is designed to cut off blood supply to the brain by compressing an animals carotid arteries leading to unconsciousness and death,” and “animals often suffer a painful death or survive with painful injuries.”

The worst part about snares and traps like this is that they also affect non-target animals. Other wildlife, pets, livestock, and more can be hurt by these devices. Recently, organization One Kind received footage showing piles of animal carcasses dumped in piles near snares to lure and trap animals.

Warning: the video below contains graphic content that may be distressing to viewers. Please use discretion.

We have obtained new footage that reveals snares set near a pile of rotting animal carcasses, apparently set by gamekeepers in Strathnairn, south of Inverness.

The use of stink pits shows a fundamental lack of respect for Scotland’s wild and domestic animals. #EndWildlifeKilings pic.twitter.com/oqXuvNqO0g

The piles of animal carcasses seen above were set by gamekeepers in Strathnairn, south of Inverness in Scotland.

One Kind explains: “In order to maximise the number of red grouse and pheasants available for recreational shooting, gamekeepers target foxes. To lure foxes into snares, gamekeepers often lay snares around a ‘stink pit’: a place where the gamekeepers dump rotting animal carcasses. The smell of decomposing animals lures the foxes towards the dead animals, where they are then caught in the snares surrounding the pit.”

Director of the organization, Bob Elliot stated: “The use of stink pits to lure animals into cruel snares, which inflict considerable mental and physical suffering upon the animals trapped in them, shows a fundamental lack of respect for Scotland’s wild and domestic animals.

Although snares are set to target predators to the red grouse, non-target species are often found among the animals dumped in stink pits, and during our work, in the field, we have discovered deer, geese, salmon and even cats in stink pits.

In this recent case, the animals discovered in the grotesque stink pit included rooks and fox cubs.  It’s a disgrace that this mass killing of rooks is still permitted and we were horrified to see that even young animals were treated as bait.”

One Kind asks people in the U.K. to report their snare findings to SnareWatch.

If you want to take action, sign this petition calling for a ban on all fox snares in the U.K.