WOW. Who Knew Manatees Were This Awesome? 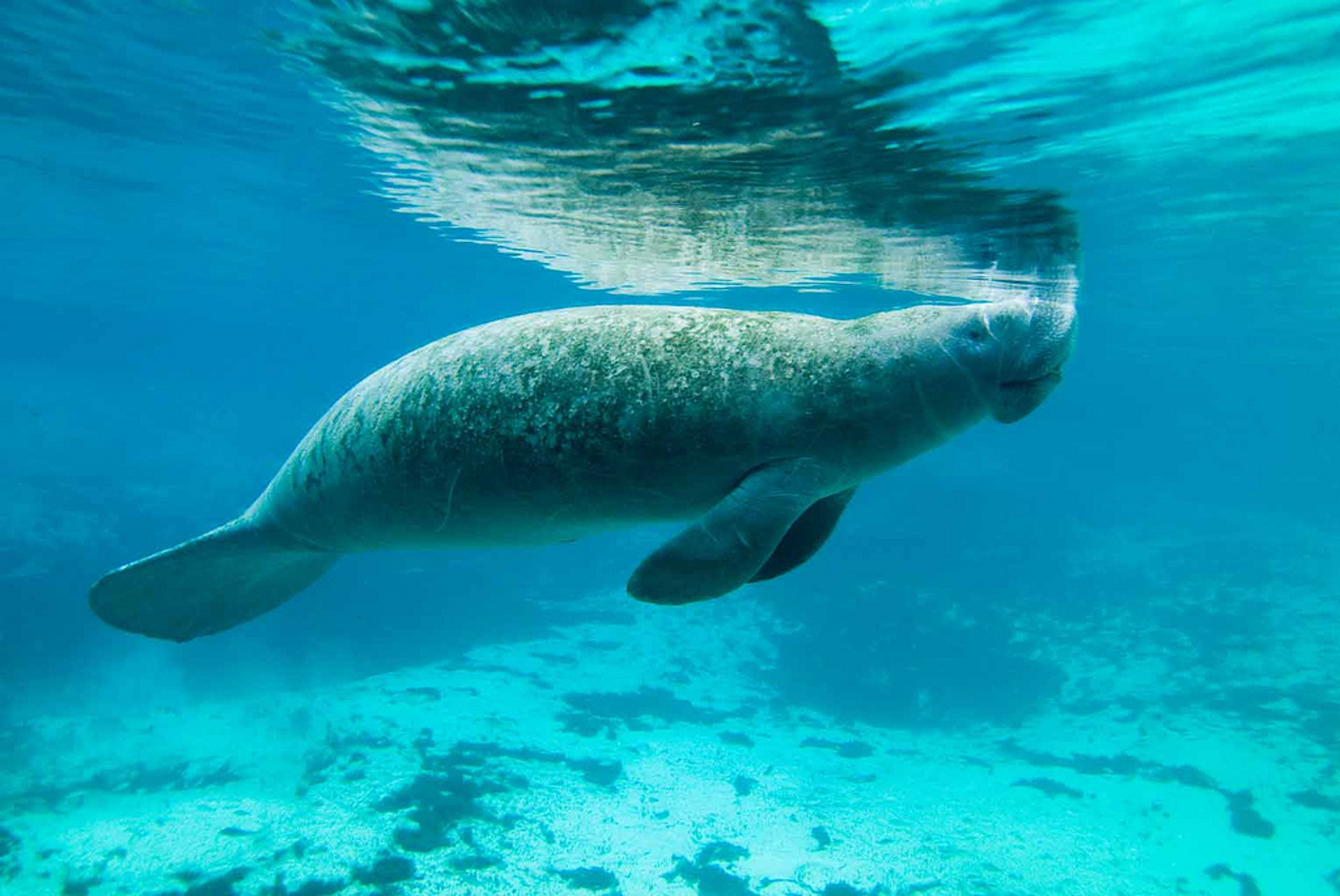 What aquatic mammal is known for its large shape and “squished” cow-like appearance? It’s the mighty manatee. Manatee Appreciation Day is a time that is devoted to raising awareness about these gentle creatures and how dangerously close they are to becoming lesser in number. They are endangered. Manatees are being hunted and poached for their meat and skin and being killed or injured in boat collisions every year.

In regard to manatee numbers, according to the Florida Fish and Wildlife Conservation Commission, “as of 2012, the highest number of manatees counted in a statewide survey (in winter 2010) was 5,076. However, this is only the highest count of the number of manatees in Florida and is not a true estimate of the population.”

It is extremely important to spread the word about manatee awareness so that these magnificent animals will continue to exist in the world. To get you in the know, here are 20 interesting facts about these amazing beings:

3. Also goes by the alias, sea cow. They may be called sea cows because of the fact that they live in the water and are plant-eaters, like cows.

4. These mammals only have molars that they use to grind food. Their molars will wear down and eventually fall out, which are then replaced with new ones that grow in.

5. Because manatees have only a six neck vertebrae, they cannot turn their heads sideways. They have to turn their whole body around to look in any direction other than straight ahead.

9. Despite having tiny eyes and small holes for ears, manatees have relatively good eyesight and hearing.

10. While a manatee is underwater, its mouth is constantly occupied with eating. Therefore, they only breathe through their nostrils.

11. Manatees have facial whiskers called “vibrissae” that are used for sensory purposes, much like the touch sensitivity humans have in their fingers.

12. Although massive, manatees are graceful swimmers that enjoy warm coastal waters and rivers. Their two front flippers help them navigate through shallow water and sometimes they even crawl on the water’s floor!

13. They are migratory mammals that have adapted to both saltwater and freshwater habitats.

14. Manatees are naturally slow-movers and have powerful, flat tails that help propel them through the water. They usually only swim about 3 to 5 miles per hour, but can go as fast as 20 miles per hour in short bursts.

15. …and their flat tails may be the reason for mermaid “tales” and sightings!

17. If you look closely, you will see that manatees have three or four nails on each flipper.

18. Manatees, while quite big, actually do not have any natural predators.

19. Being water fairing grazing creatures, manatees play an important role in influencing the plant growth in the waters they inhabit.

On March 26, 2014, you can celebrate Manatee Appreciation Day by researching manatees, starting your own awareness event, or graciously donating to a manatee conservation program. You can even honor manatees by preparing a special vegetarian dinner — a seaweed dish perhaps?