Exposed: Why the Calgary Stampede Needs to Shut Down 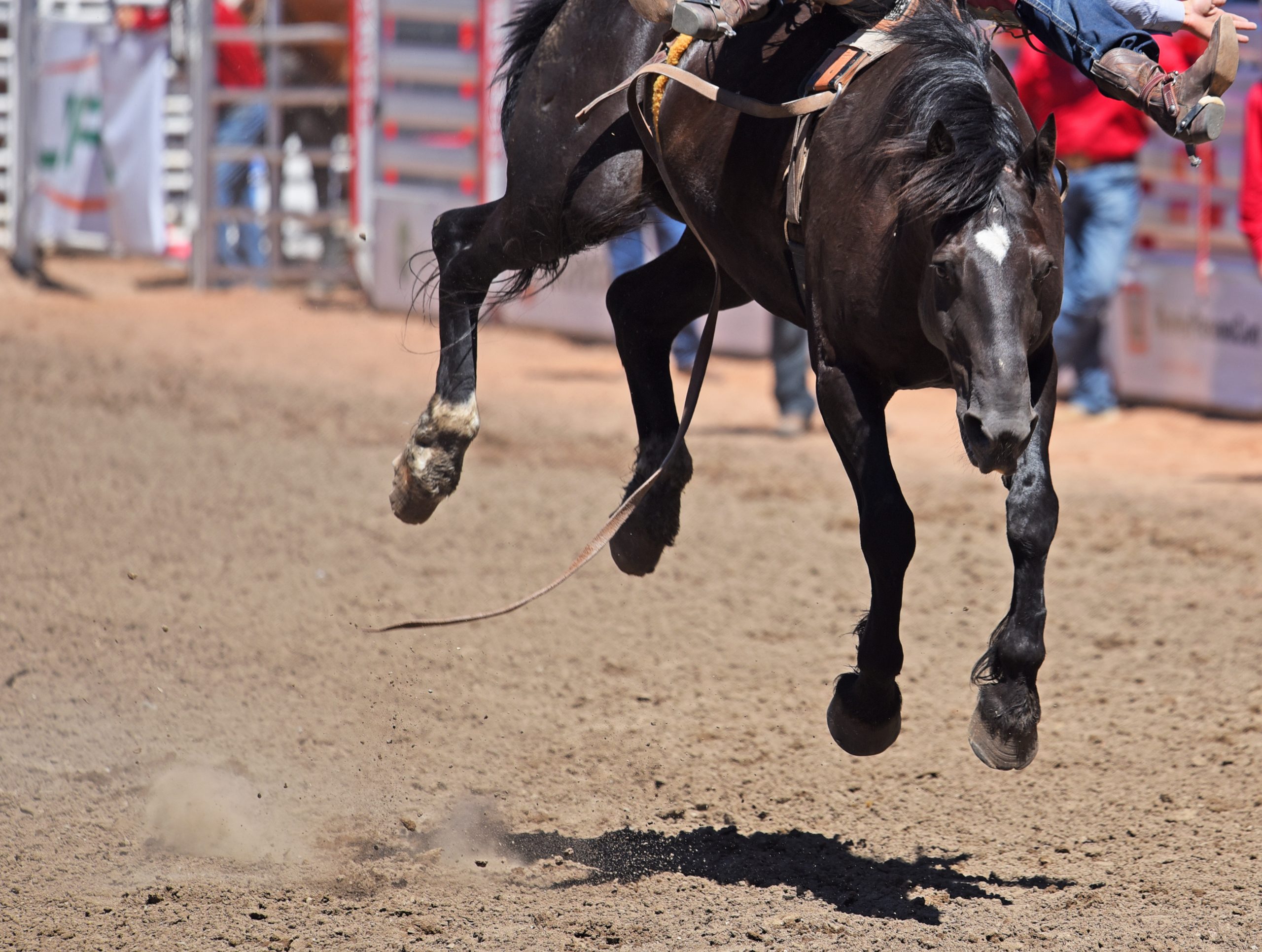 There’s nothing ethical about a rodeo. They exploit animals for entertainment, are responsible for several human and animal deaths, and feed animals performance-enhancing drugs. Located in Calgary, Alberta, Canada, this rodeo, festival, and exhibition is a 10-day annual event that’s been taking lives since 1986.

Here are a few reasons why Calgary Stampede’s rodeo needs to be banned.

What is a Rodeo?

The way animals are treated in rodeos is horrendous. They are tied up, ridden, abused, tripped, and eventually, killed all for “entertainment.”

Veterinarian Dr. C. G. Haber recounted his experiences with rodeo animals and the violence they regularly deal with. “I have seen cattle so extensively bruised that the only areas in which the skin was attached was the head, neck, legs, and belly. I have seen animals with six to eight ribs broken from the spine and at times puncturing the lungs. I have seen as much as two and three gallons of free blood accumulated under the detached skin.”

Rodeos also contribute to the normalization of violence, especially for children. If kids grow up watching animals get tortured in front of masses of cheering people, there’s no reason for them not to think it’s okay.

When animals aren’t actively performing and being poked and prodded in a rodeo, they are spending a significant amount of time in trailers, being moved from one rodeo to the next. That’s not a life for anyone, especially an animal that deserves wide opens spaces to run around in.

The Lives it Claims

We like to think that we’ve learned how to treat animals better. Unfortunately, the 2019 Calgary Stampede killed 6 chuckwagon horses, which is the second largest number of horses killed during the event in one year since the rodeo’s first event in 1986. Keep in mind, the event only lasts a week and a half.

Out of the thirty years, the event has been happening, there have only been five death-free years.

In terms of the total amounts of lives Calgary Stampede has claimed, the year 2005 is responsible for the most. Nine horses were killed while being moved to the event ground. The handlers attempted to herd 200 “unbroken horses through the city.”

When the horses reached the bridge, a stampede broke out, killing nine of the animals. The enormous herd of rushing animals was eventually stopped just a half-mile away from people.

In 2013, a forbidden substance was found in a blood test of a champion steer. While this is the first time a steer in the Calgary Stampede has been disqualified, it is indicative of the lengths handlers put their animals through to compete and win in the rodeo.

Trainers typically dope their animals to make them more aggressive and stronger when putting on a show for masses of spectators. However, doping isn’t forbidden for the greater good of the animals. Animals must be completely drug-free to be sold as meat after their rodeo days are over.

In an attempt to better understand horse behavior, researchers studied 116 horses at the Calgary Stampede for over three years. The researchers look at how the animals behaved when being put into the chutes, which are narrow metal spaces for holding livestock. As you can imagine, no animal (or human) would ever want to be pushed into a long rectangular space that’s barely big enough for their body. The study measures the horses’ welfare with stress behaviors like rocking back and forth in the small space, defecating, biting their lips, swishing their tails, kicking, pawing the ground, and tossing their heads.

After three years, the researchers found that 70 percent of the horses did at least one stress behavior. Pajor, a University of Calgary professor and member of the Calgary Stampede Animal Care Advisory Panel, suggested that when animals understand what’s about to happen to them, they begin to exhibit “learned helplessness, which is a behavior animals show when they don’t have control over their environment and their situation, and there’s nothing they can do about it and they give up.”

Pajor isn’t entirely convinced by this theory since the animals were reactive to people nearby, however, it’s still incredibly sad that the majority of the animals at Calgary Stampede are experiencing negative emotions that would not be present if they weren’t being loaded into metal spaces then pushed out into a rodeo arena.

Many of the attraction’s negative reviews have to do with how overpriced the Calgary Stampede is, which makes sense considering that profit is the main incentive for rodeos. However, there were also several visitors begging prospective customers to think again before supporting this animal-torturing event.

One customer wrote, “The stampede is outdated. Don’t waste your money. There are better/more ethical ways to be entertained.”

Another visitor decided never to go again after hearing some terrible news about the animals, “What was not fun was hearing that THREE horses were euthanized that night because they had hurt their hooves at the chuck wagon races. I will not return again because I have some major issues regarding the ethical treatment of animals–the stampede clearly does not care about that.”

One review, simply titled “No Good”, reads, “Too many people, and the stampede should be stopped! No need for animal abuse, will never attend or support this venue again. Stop animal abuse!!!”

If a rodeo comes to your town or is active in your area, PETA suggests making informational pamphlets, contacting local authorities, writing letters to rodeo sponsors, or even holding a demonstration in front of the rodeo.

Instituting “a state or local ban on calf roping,” which is easily documented and required by several rodeo circuits, is another way to shut down entire rodeo shows.

Animals Are Not Entertainment

From the doping that alters the mental and physical state of the animals, to the several animals that have been euthanized, Calgary Stampede is a deadly and abusive event that needs to stop immediately. Horses and cows should not be subjected to enormous crowds and over-stimulating environments to entertain an arena of people. The Calgary Stampede has already taken too many lives. We cannot continue to support actions that hurt and cause emotional trauma to hundreds of horses a year just for an annual 10-day event.