EXPOSED! Marineland Canada, a Living Nightmare for Whales and Dolphins 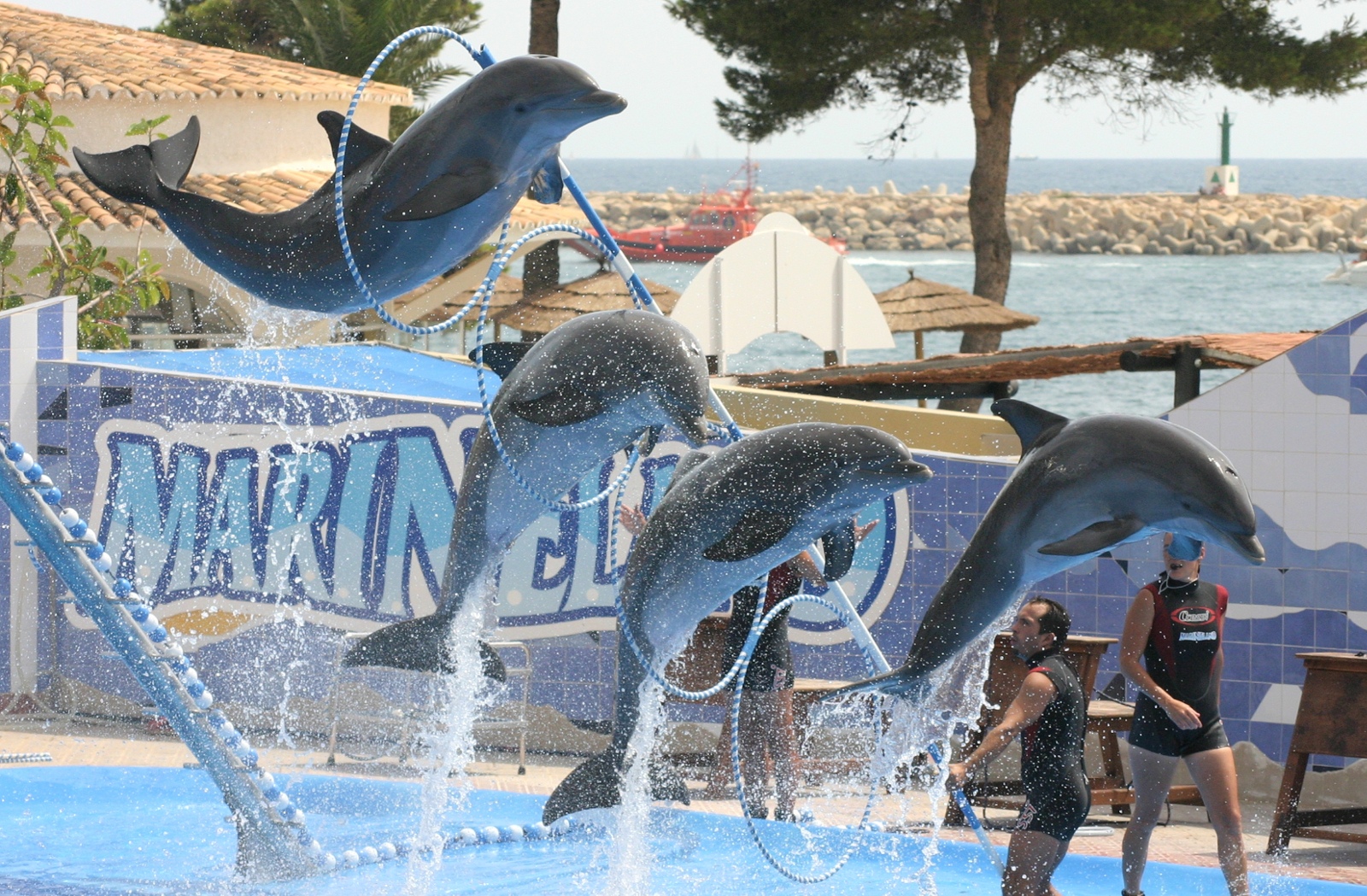 Thanks to Blackfish, the secret horrors of cetacean captivity have garnered wide-spread public attention. While SeaWorld seems to be getting all the attention, it is hardly the only marine park in North America that keep whales and orcas in captivity.

Marineland Canada is one of the top tourist attractions in Niagara Falls, Ontario, and has been in business for over 50 years.

Despite its assertions that the animals in their care receive the very best available to them, Marineland has quite the controversial history. SeaWorld once took Marineland to court to get one of the orcas they had lent out for breeding back due to the deterioration of the orca’s health while at the Canadian marine park.

However, Marineland remains a popular tourist attraction. If you are considering visiting this park, or know someone who is – perhaps you might want to take a moment to learn a bit more about the sordid history of this particular marine park before you book your holiday tickets.

1. Where do Marineland Animals Come From?

Like SeaWorld, Marineland was on the forefront of the wild-caught cetacean movement. Fourteen of Marineland’s original orcas were wild caught off the coast of Iceland, British Columbia, or Washington state. The majority of the beluga whales on display at the park were caught from the wild off of Russia and the park’s dolphin population has come from a combination of Russian, Cuban, and United States waters.

Given the fact that 17 orca whales, 25 beluga whales, and an estimated 22 dolphins have died at the facility, questions have been raised in regards to the quality of the conditions at the park.

Marineland is home to “Friendship Cove,” the world’s largest habitat for viewing whales above and below ground. Despite the large size of this facility, there is currently only one orca living in the whale habitat. Kiska, is the last living orca whale at Marineland. She has survived all five of her children (none of whom lived longer than six years) as well as the 19 other orca who have shared this tank with her. Kiska has lived in captivity at Marineland since she was captured off the coast of Iceland at 3 years old ;she is one of the only solitary orcas living in North America, the other is Lolita who is held at Miami Seaquarium. Keeping orcas in isolation has been banned in the U.S. due to the emotional and social complexity of these amazing animals. There has been no news on whether Kiska will be moved or if there are plans for her to have a companion in the near future.

Before she was left in isolation, Kiska had Ikaika, a whale on loan from SeaWorld, as a companion. However, SeaWorld sued Marineland in 2011 for the return of Ikaika, citing, “Poor dental health, infection, bacteria, stress, breeding, compatibility, aggressive behavior, trainer safety,” among the failings that had occurred during his care at Marineland.

While it may seem a little hypocritical as similar issues have been noted at SeaWorld, the track record of orca deaths at Marineland is hard to argue with. Marineland also has a terrible track record when it comes to the health of their dolphins. Former Marineland trainers have come forward to share the extent of the poor conditions the animals in the care of the facility have been forced to endure.

Dirty, unsanitary water was among the largest concerns to the well-being of the parks animals. The former trainers described the “barn,” the name given to a tank that housed five of the park’s dolphins as being horribly unkempt. In an interview published in The Star, the trainers said that, ” [the dolphins would] lay at the bottom in murky green water or breeched and thrashed wildly, their reactions changing with the chemicals. Their skin fell off in chunks, their color darkened and they refused to eat. This lasted intermittently for eight months, from October 2011 until just before show season began in May 2012 when their water was changed.”

The poor water quality of this one tank is hardly the exception to the other tank’s conditions. Many of the animals at the park have eye infections due to highly contaminated waters. Some have reportedly even gone blind as the result of extended exposure. One former trainer kept a log of the water quality in the animal’s tanks from 2011 to 2012. His reports range from flat to stagnant across the three major pools.

“It got so that I didn’t even have to test the water when I arrived in the morning. I could tell just by looking at how sick the animals were,” the former supervisor said in an interview with The Star.

In addition to the physical ailments experienced by these animals due to unsanitary water, many exhibit signs of zoochosis.

According to former trainer Angela Bentivegna, captive walruses are very social animals who crave attention from their trainers. However, the walruses at Marineland were kept in dark pens all alone for days. Their only form of stimulation was feeding time. Many of the walruses at the facility have been treated for regurgitation issues, a symptom of extreme psychological distress and depression. 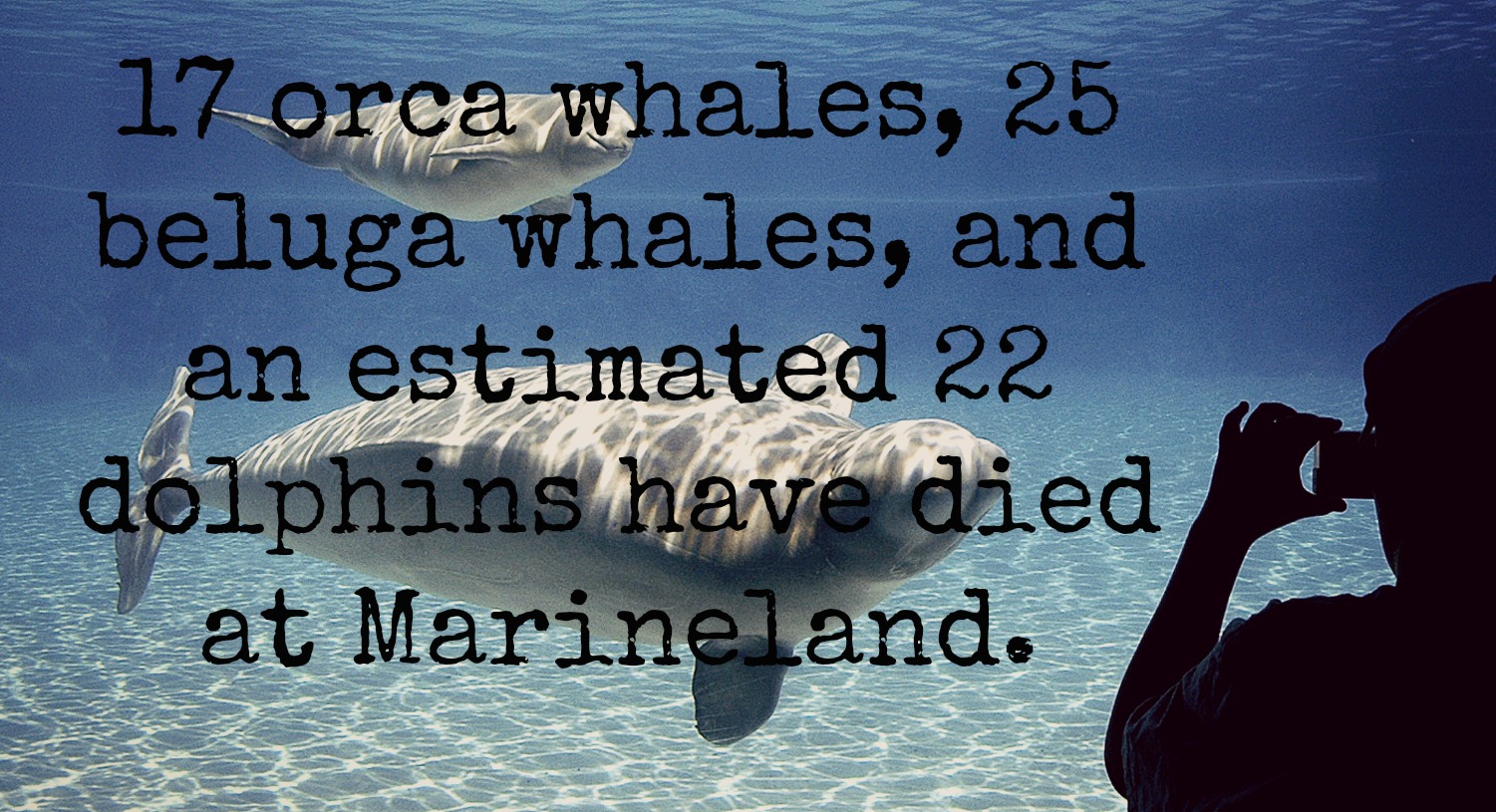 As you might imagine, it would be pretty difficult to “misplace” a bottle nose dolphin in the middle of one of Canada’s largest cities … so what could have possibly become of these animals?

Well, sadly it is likely that have ended up buried in a mass grave on Marineland’s grounds. Tracking the number of animals who die at the marine park is understandably bad for business. Although Marineland’s founder and owner, John Holer, has repeatedly asserted that the animals at the park are well cared for and the conditions they live in are perfectly “legal,” the death toll of animals at the park tells a different story.

In 2013, Marineland was officially ordered by the Ontario Ministry of the Environment to stop burying deceased animals on the park’s premises. Former employees have attested to the park’s improper disposal of dead animals and allege that the park had been shoveling animals into massive pits – sometimes containing up to 1,000 animals at a time. These mass graves contained whales, dolphins, bears, and a number of other animals held by the park. The Environmental Ministry has given the park a strict timetable to end this horrible practice.

What YOU Can and MUST Do to Stop the Suffering

After reading this, chances are you substantially disgusted with Marineland Canada, as you should be. Like SeaWorld, this park exploits highly intelligent, sentient animals and subjects them to a life of mental distress and illness in exchange for their profits. Thankfully, you can help end the suffering at Marineland by ending your support of this cruel marine park. Boycotting Marineland Canada is the best way to stop the abuse.

While your individual boycott of Marineland Canada shows will make an impact, you can magnify that impact by spreading the word and mobilizing along with your fellow Green Monsters.

Share this post in the review section of the Marineland Canada page on Tripadvisor to advise others against going to this marine park.

Participate in our social campaign and tell us why you’re boycotting Marineland!

Share the graphic below to spread the facts about how Marineland Canada treats their animals OR make your own selfie sharing why you boycott this marine park.

[UPLOAD AN IMAGE FROM BELOW ALONG WITH THIS UPDATE]

When you know the truth, it’s your duty to share, so share away Green Monsters and let’s put an end to captive animals used for entertainment!