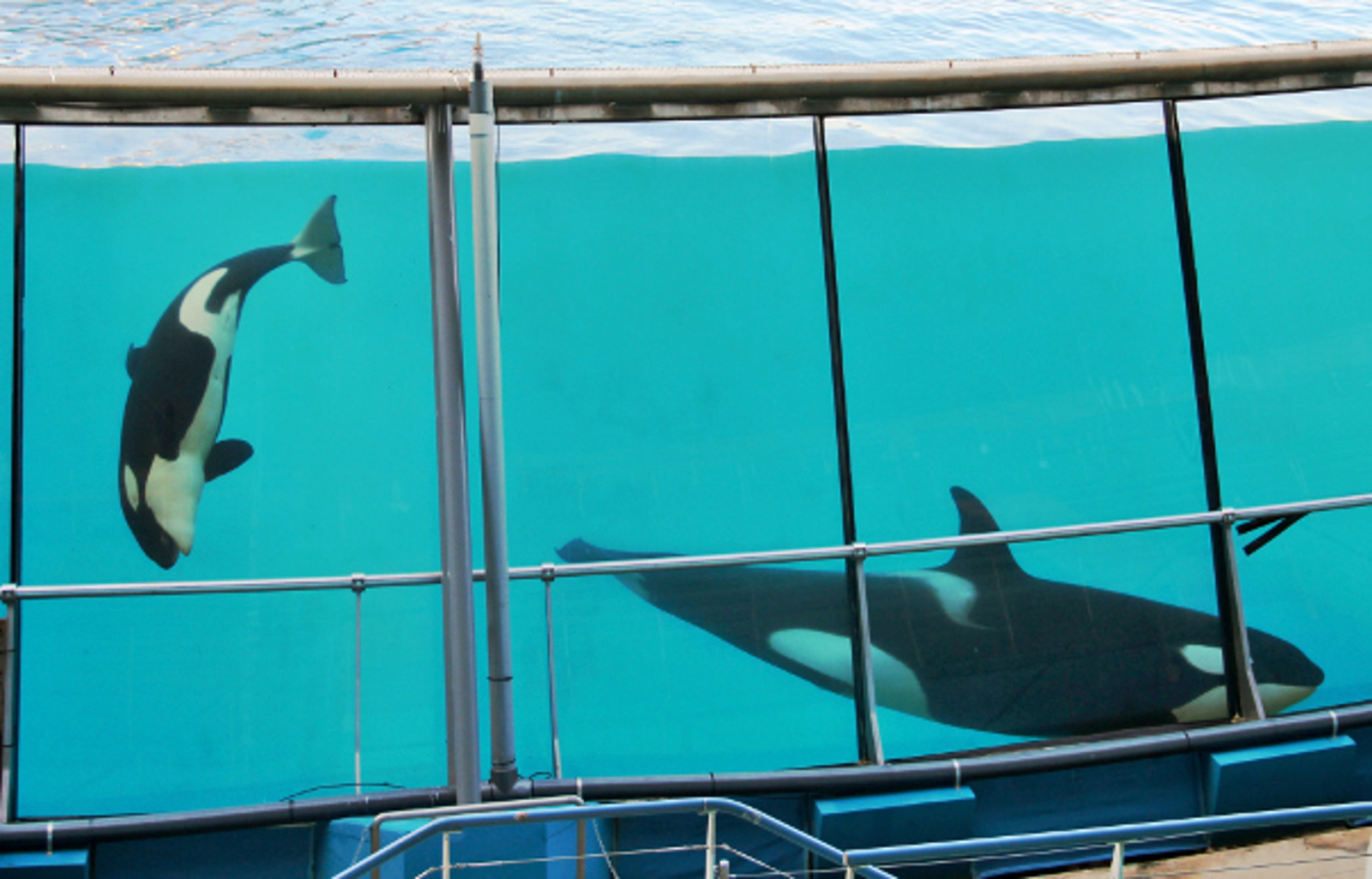 Few remember Calypso. She was a six-year-old orca captured from Canadian waters in December 1969. Calypso was transferred to England and then France, where she was the first orca at Marineland Antibes. Forced to swim alone and invaded with some of the first attempts at artificial insemination, she only survived for one year. Calypso’s heart-wrenching existence served as a symbol of questionable ethics and an omen of darker things to come.

Calypso died in 1970 from an abscess on her lung. Since her death, eleven orcas have died at Marineland Antibes. With the exception of Freya’s four stillborn calves, each of these individuals had their own name, given to them by their captors, and their own story.

Clovis was the second orca to arrive at Marineland Antibes after he was captured by SeaWorld. At just two-years-old, he was a victim of the horrific 1970 U.S. Penn Cove orca captures that decimated the Southern resident population from which he originated, (the population is still endangered today).

The young calf was captured at the same time as Lolita, a female orca who is still alive today, isolated in one of the world’s smallest orca tanks at the Miami Seaquarium in Florida. In a distasteful twist over forty years later, Parques Reunidos, the company that owns Marineland Antibes, now also owns the Miami Seaquarium (and Lolita) under its US subsidiary, Palace Entertainment. Parques Reunidos itself is owned by Candover, a private equity fund managed by London-based Arle Capital Partners.

When Clovis was shipped to Marineland Antibes, he was put into a tank with Calypso. Where Clovis was a Southern resident, Calypso was from the Northern resident community. “In the wild, these populations do not mix,” Howard Garrett, co-founder of the Orca Network and Free Lolita campaign remarked, adding, “Clovis and Calypso would have had no social affiliation or language similarity and it is unlikely they would have been able to socialize without sorting out their dominance roles. That could have been a violent process and one which may never have been resolved.”

Shortly after Clovis arrived at Marineland Antibes, Calypso died, leaving the young male swimming by himself for the two and a half years he survived.

Of the wild Icelandic orcas captured for display at Marineland Antibes, Freya was the last to die. She was captured at the same time as Kim 2 at only one year of age. Over a period of twelve years, Freya had four stillborn calves (that we know of) and she would have been only nine or ten years old when she gave birth to the first. By orca standards, she was too young. Freya passed away in June of last year due to an alleged heart attack.

John Hargrove, a former SeaWorld orca trainer and supervisor of orca training at Marineland Antibes, saw first-hand how captivity affected several of these orcas. During his time at the French park, Hargrove witnessed the orcas displaying aggressive behaviors towards the trainers and he personally dealt with several severe aggressions by multiple orcas in the water (you can read more about these incidents in his book “Beneath the Surface,” which has just been released in paperback). Hargrove also administered medication to the orcas and observed them displaying stereotypic (abnormal repetitive) behaviors due to boredom and stress.

“One stereotypy Sharkan would display was particularly heart-breaking,” Hargrove recalled, explaining how the young orca would “isolate herself in a corner of the tank, bobbing vertically, up and down, up and down all day long as she made a noise that [he] had never heard any other orca make.” Hargrove also observed the orcas swimming in repetitive patterns, obsessively burping, chewing the sides of the concrete tanks until they irreparably damaged their teeth, and banging their heads against the concrete walls.

Valentin, an orca born at the park in February 1996, also displayed these self-damaging behaviors. He was Freya’s only surviving offspring and he also died last year, outliving his mother by just four months. At the time of his death, Valentin’s tank was flooded with mud from a storm that Marineland Antibes’ staff did not appear to be prepared for. This was despite the fact that there was a history of flooding in the area and that it had affected the park before. Marineland Antibes has only recently reopened its gates to the public following the 2015 flooding event and it is unclear what measures it has put in place to better protect its animals going forward.

Although Valentin was the latest orca to die at Marineland Antibes, he will not be the last; four orcas (and possibly a fifth, unborn) still remain. But where Calypso’s tragic death marked the start of a long trail of dead orcas, Valentin brings the company full circle, dying in October, the same month of the year that his mother and all the other wild-born Icelandic orcas were stolen from their native waters for display at Marineland Antibes.

The park currently has one captive-born female, Wikie (who is reportedly pregnant) and three captive-born males, Inouk, Moana and Keijo. All four animals are related and at least one is believed to be inbred. Despite this and the growing scientific evidence that orca welfare is severely compromised in captivity, Marineland Antibes has stated that, unlike SeaWorld, it will continue with its captive orca breeding program.

“This decision shows poor leadership and a lack of vision,” Hargrove stated, going on to say that, “It is proof that Marineland Antibes is living in a world that is past and gone. The writing is clearly on the wall that the overwhelming majority do not want to see captive orca, or really any captive animals, performing tricks to line pockets.”

Yvon Godefroid, founder of Belgium-based Dauphins Libres, believes that Parques Reunidos, the company that owns Marineland Antibes, should now feel “obligated to make the same change as SeaWorld in all of its parks throughout Europe and the US.” Godefroid maintains that SeaWorld’s decision to phase out orca captivity is indicative of the emerging acknowledgment that it is not ethical to keep these sentient animals in captivity. In an interview, Godefroid told Orca Aware, “This signal is loud and clear, and is the result of a changing paradigm that is being created by the way that people feel about animal welfare today.”

After perceiving how the general public’s opinion and behavior towards orca captivity has changed in France in recent years, Godefroid believes that Marineland Antibes, as well as France’s other dolphinaria, will eventually be forced to close if they do not move away from keeping whales and dolphins. In the meantime, there is concern about how Marineland Antibes will continue breeding its orcas now that genetic material from SeaWorld is no longer an option for use in its artificial insemination program.

Godefroid explained, “It is possible that Marineland Antibes will now turn to parks with captive orcas in other countries, such as South America and China, or to Russia, where wild orcas are still being captured for display.” Parques Reunidos already appears to have a “cooperation agreement” with an entertainment park in China, which Arle Capital Partners announced last year. 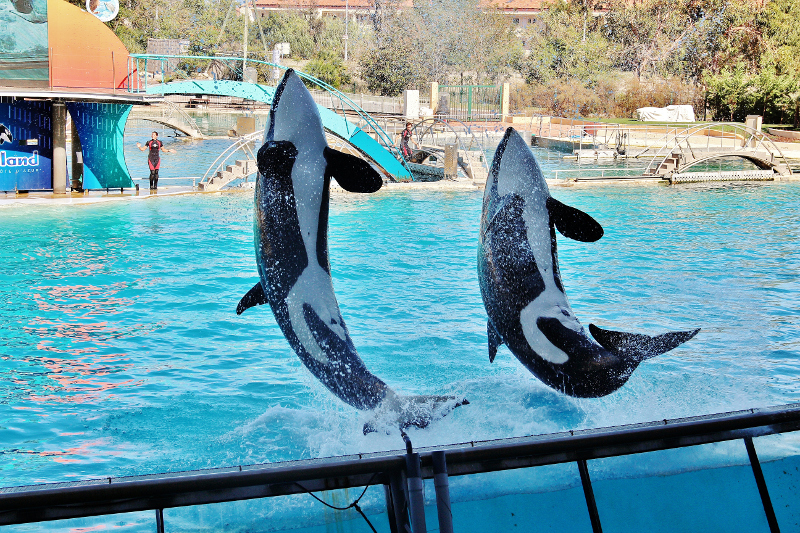 In light of Marineland Antibes’ decision to keep breeding its orcas (and other marine mammals), three organizations have teamed up to bring attention to the welfare plight that these animals are continuing to face. Orca Aware, in partnership with Dauphin Libres, U.S.-based group Tilikum&Co, and with assistance from French organization Code Animal, is organizing a Tweetstorm event for the captives of Marineland Antibes.

“When we first started talking about doing an event for Marineland Antibes, it seemed pretty straight forward,” Haze Sommer, co-founder of Tilikum&Co, explained, “But what the research showed was a dark and insidious history with many layers, like that of an onion. Each time a layer is pulled away, another shocking revelation is exposed. What the captives of Marineland Antibes have endured is absolutely gutting and we have in excess of 200 Tweets for this event that stand testament to that fact.”

Sommer added that with such powerful momentum in the U.S. to move away from whale and dolphin captivity, “it is now important to take that momentum to other parts of the world. Tweetstorms are one way of doing this.”

Join the Tweetstorm to help tell the stories of Marineland Antibes’ orcas! The event will take place at 12pm EDT (5pm BST) on Friday,  April, 22nd which is also this year’s Earth Day. You can find out more by visiting the Tilikum&Co Marineland Antibes Tweet sheet and by “attending” the Facebook event, where you will be provided with all of the information you need to participate.