Eating Vegan: The Only Way To Preserve Our Rights 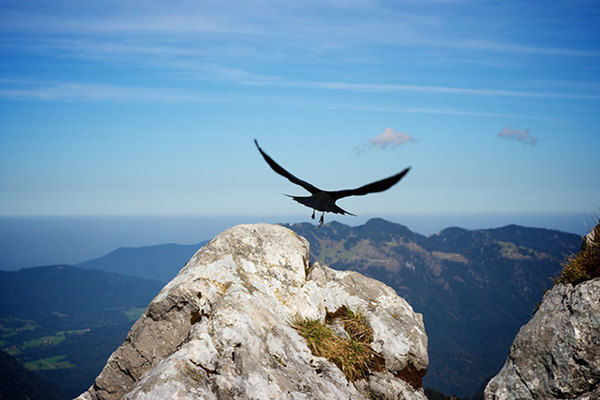 For many years, we’ve been seeing it coming: the relentless appropriation of our constitutionally mandated rights by a government increasingly co-opted by the corporate money and influence of a wealthy elite. A big jump in the creeping fascist state occurred with 9/11. Before the unexplained molten steel in the basement of the twin towers had cooled, the Patriot Act, obliterating many of our rights as free citizens, had been passed by Congress. This enormous piece of legislation, comprising hundreds of pages, was obviously written before the three WTC buildings were even attacked. Since then, we’ve seen our rights further eroded, with Homeland Security checkpoints, free speech zones, and many other infringements, all done in the name of security and anti-terrorism.

What is the connection between this and our culturally imposed habit of eating animal foods? As I point out in The World Peace Diet, whatever we’ve done to the animals we imprison and kill for food, we’ve eventually done to each other and ourselves. Two of the most recent, most glaring, and most dangerous examples of this are the laws and policies being increasingly enforced that require mandatory micro-chipping of people, and mandatory vaccinations. As usual, it is those who are most vulnerable—children and the elderly, among others—who are targeted first.

In some San Antonio schools, children are now required to carry on their persons at all times microchipped ID tags, and students who try to opt out of this are being threatened and intimidated by school authorities. This should be raising alarm bells if we value our freedom. We have also been seeing over the past several years a massive push to vaccinate people against their will, with mandatory vaccination policies becoming ever stricter in schools and many places of employment. Beside the fact that we are being bombarded with propaganda from the medical-pharmaceutical-government complex that vaccinations are essential to good health, the fact is that their efficacy is dubious, and there is no question that they have caused devastating harm and even death, which is why legislation has been passed making it virtually impossible to effectively sue pharmaceutical corporations for damages resulting from vaccinations. Some of the documented ingredients in vaccinations are: formaldehyde, mercury, aluminum, acetone, MSG, gelatin, monkey, dog, pig, and chicken organs, chick embryo, horse blood, rabbit brain, cow heart, aborted fetal tissue, calf serum, etc. These toxic substances are injected directly into our blood, something that would never happen naturally, potentially wreaking havoc with our systems and thus guaranteeing profits for the industry by creating people who will be reliably sick as they get older.

Just as cows, pigs, chickens, and other farmed animals are micro-chipped and vaccinated not for their benefit but for the benefit of their exploiters, we see that we humans are increasingly being micro-chipped, drugged, and vaccinated not for our benefit but for the benefit of our exploiters. This is inevitable, and shouldn’t be surprising if we understand the truth of the fundamental teaching of all wisdom traditions: “As we sow, so shall we reap.”

Over ten thousand vaccines, drugs, hormones, antibiotics, and chemicals are now approved to be inflicted on animals enslaved for meat, dairy products, and eggs. Micro-chipping of these animals is now also mandatory. As we pay for (and thus vote for and demand), and eat the flesh and secretions of enslaved, micro-chipped, vaccinated, exploited animals, we sow the seeds of the same things happening to us. We can see it all around us if we have the eyes to see.

It is past time for us to wake up and realize that as long as we obediently trust and follow the official stories that perpetuate meat-eating and its violence toward animals, people, and ecosystems, we will never find the health, freedom and peace that we yearn for. In fact, we are merely ironic in our quests, because we want for ourselves what we refuse to give to others.

By our culturally-mandated food choices, we force billions of animals to endure the ultimate police state that viciously exploits them, relentlessly stealing their freedom, their children, their health, their purposes, and their lives. We see the same police state bearing down on us and it is a direct result of our eating behavior. We can be certain that if we continue down the road of enslaving animals for food, we will end up slaves ourselves.

By going vegan, and granting freedom, and respect to those who are vulnerable in our hands, we sow the seeds of peace and justice in our lives. Never has this understanding been more important than now. As the old saying goes, “People always get the government they deserve.” It’s time to mature, join hands, question the official stories, cast off the programmed eating behaviors, and live and spread the vegan message of radical inclusion, and kindness and respect for all. Our fate hangs in the balance.