Eat Burgers? You Might Also Be Killing Bison and Badgers 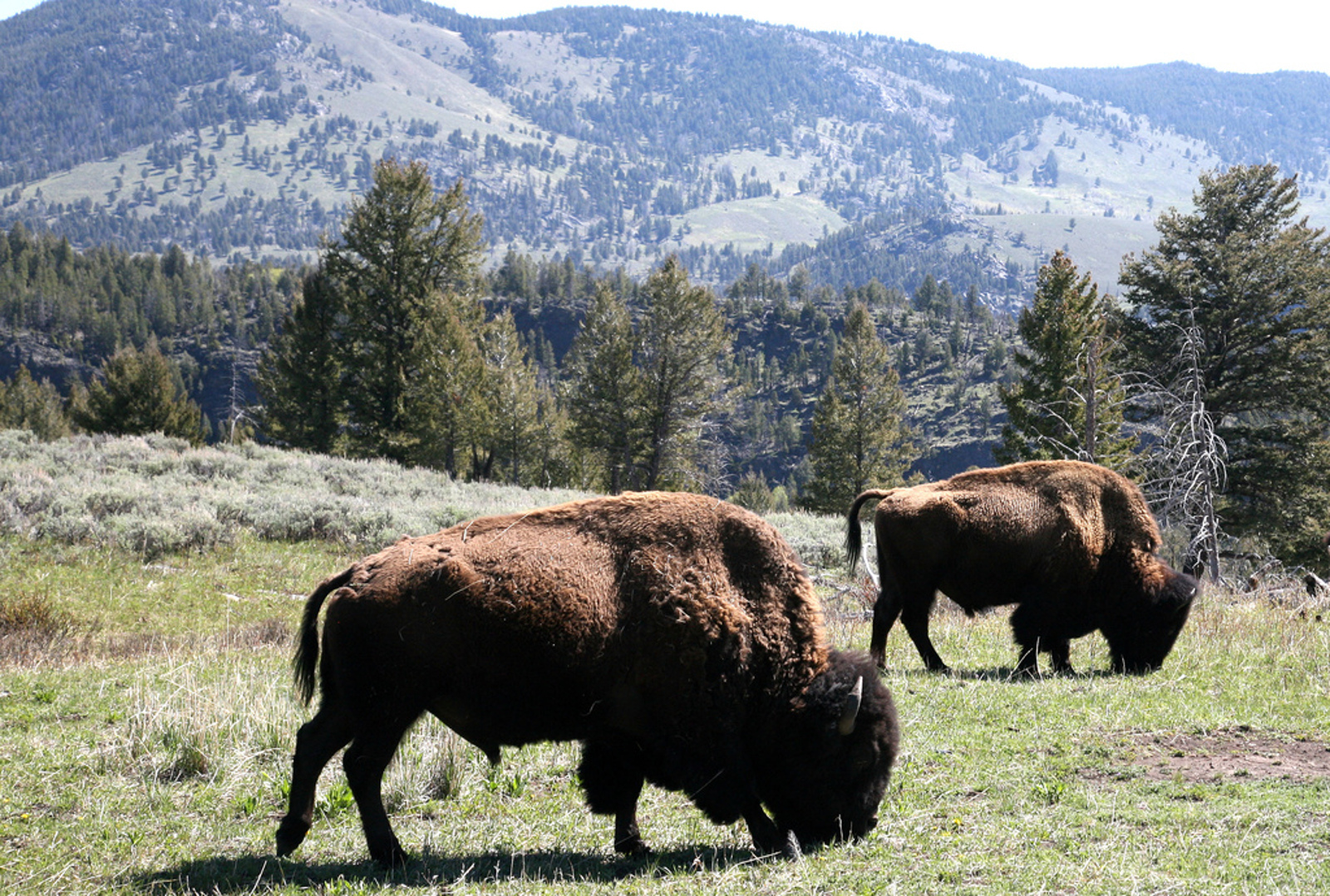 The bison, or buffalo as it is more commonly known, is a wildlife species which has always been linked in hearts and minds to the United States. Once numbering in their millions in the U.S., bison populations hit an all-time low in around 1900 when just 23 animals remained; all living in Yellowstone National Park. Today, the Yellowstone bison are thought to number between 4,400 and 5,000 individuals. Now, based on dubious scientific claims and alleged pressure from the Montana agriculture industry, around 2,000 of the bison are due to be killed in the coming years by the National Parks Service as part of an ongoing program of population control, according to reports from online magazine, Vice.

The rationale behind the killing is that bison are thought to be responsible for the transmission of a disease called brucellosis to cows raised for meat on the land which borders Yellowstone. Brucellosis has no effect on bison but can cause miscarriage in cows. As a result of fears surrounding the impact the bison may have on the beef industry’s profits, control measures have been in place since the year 2000 to quarantine, test, and sometimes kill bison who make the mistake of wandering outside of the park’s boundaries. This is in addition to annual “culls” within the park itself. In the coming years, the deliberate killing of bison within the park will continue, as the National Parks Service aims to eradicate 20 percent of the population in 2015 with further deaths planned in subsequent years.

Culling for the Cattle Industry

The Parks Authority further asserts, “A panel of expert scientists reviewing Yellowstone bison and brucellosis issues in 2013 concluded that culling or removals of bison, along with hunting, would be necessary to limit the size of the bison population for biological, social, and political reasons.”

As such, it appears that the National Parks Authority that is carrying out annual culls at the behest of the agriculture industry.

The treatment of the Yellowstone bison bears a startling similarity to another “culling” scheme being carried out on the other side of the Atlantic. Last year in the UK, almost 2,000 badgers were callously killed in order to appease dairy farmers who maintain that the much-loved UK species were responsible for outbreaks of bovine Tuberculosis in their herds. Like with the bison, the suggestion that killing badgers will prevent disease spread has been slammed by scientists, vets and experts across the nation. Despite the clear scientific evidence that killing badgers is not the way forward, plans to roll out the cull to wider areas look set to go ahead.

Concerning the Welfare of Cows and Other Animals

Farmers and their high profile supporters have hit out at campaigners opposing the culls, with some saying that those in opposition are placing the welfare of the wild species above the welfare of the cows used by the farming industry. But this is to miss two very important points: the farming industry will slaughter the cows regardless of whether the cull goes ahead or not and, furthermore, they are sorely mistaken to believe that people are not concerned about the lives of these animals too. Cattle in the animal agriculture industry are no better off than the badgers or bison who are being senselessly killed. The only difference is that in the case of the cattle, there is a profit to be made.

In fact, there is widespread and growing concern with regard to both the beef and dairy industries in the U.S., UK and internationally in regards to their impact on other animal populations. These include animal welfare concerns, concerns over environmental impact, conservation of natural habitats (not to mention human rights and food sovereignty) and, like in the case of the bison and badgers, preservation of native species.

How You Can Help Bison, Badgers and Farmed Animals

Here at One Green Planet, we are concerned about all lives and believe that bison, badgers and cows deserve to live a life free from suffering and deliberate harm.  Thankfully, there are dedicated people working all over the world to oppose the cruel and needless killing of wild species as well as those working hard to oppose cruel practices within the farming industry and to promote a healthy plant-based lifestyle.

You can do your bit by learning more about the groups working to protect bison and badgers in their respective countries. If you are concerned about the impact on species, individuals and the environment caused by the animal farming industry and you have not already done so, maybe it’s time to consider reducing your consumption of meat and animal products – or eliminating them completely. The bison, badgers, and cows will all thank you for it.