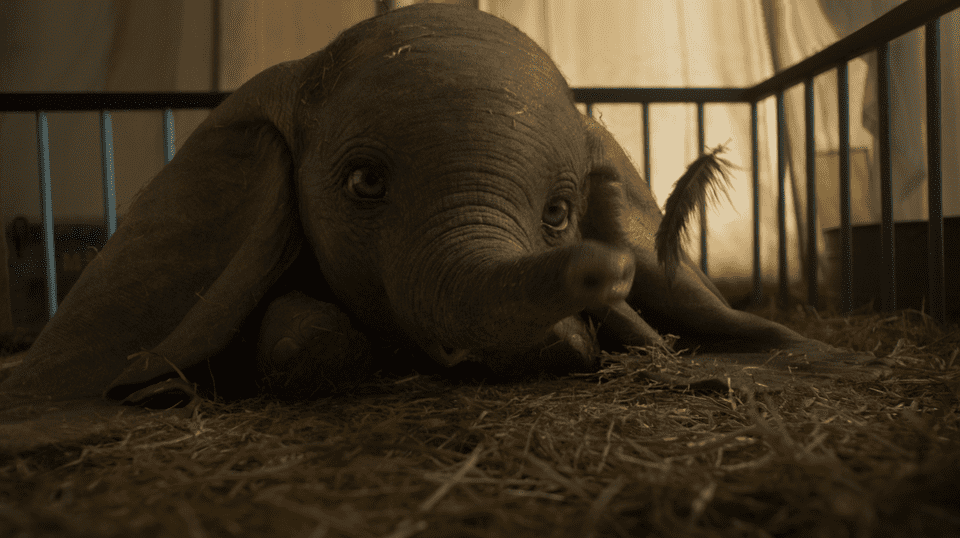 Animal captivity is unnatural and unhealthy. Animals who are captive aren’t able to live how they were naturally intended, and how their instincts tell them they should. It affects their mental wellbeing and they begin to display unnatural behaviors such as pacing, over-grooming, and self-mutilation. Animals in the circus suffer from obesity, arthritis, starvation and dehydration, sores, and so much more! Circus animals also spend 96 percent of their lives behind bars and like Dumbo, the babies (elephants, tigers, lions, and more) are torn away from their mothers shortly after birth.

More people are realizing that animal captivity is wrong and animals don’t belong in the circus. It is unbelievable that in 2019, a film is being made in which animal captivity is shown in a positive light when we know the horrible reality of it. In the new Dumbo trailer, the baby elephant is shown happily flying around. There are crowds, loud noises, fire, and more that would in reality completely terrify animals meant to be in the wild.

One of the worst parts of the sneak peek above, is that a man keeps a monkey in a drawer. Even if the monkey was depicted as happy to be in a drawer, it would be a deceptive portrayal that confuses children and audiences about real animals. To understand what monkeys in the circus really go through, just check out This Shocking Photo That Exposes the Reality of What Training Animals for the Circus Looks Like.

In the official trailer, Dumbo’s mother is seen being taken away from him. She is being sent away and they are sadly separating from his mother. This, at least, is realistic. Of course, the movie appears to take Dumbo on a journey that will probably reunite him with his mother where the children call “home,” but a cage is not a wild animal’s home!

In the circus, when babies are torn from their mothers, it isn’t any less evil just because the baby animal has a special magical talent. Elephants, lions, tigers, and chimpanzees are all very social animals by nature. But since they are taken from their mothers as babies, they are brought up in a solitary environment where they cannot exhibit many of their natural behaviors. It is very common for these animals to develop stress related illnesses, depression, anxiety, and extreme frustration when they are deprived of companionship.

If animals in the circus could really fly, they’d choose to go very far away! They’d go home to the wild where they really belong.

For more information on why animal captivity is such a bad thing to teach to children, see Does Keeping Animals Captive Really Help Kids Learn How to Respect Them?, Why Petting Zoos Are a Terrible Way to Teach Children About Animals, Lion’s Reaction to a Little Girl’s Kiss Shows Just How Much the King of the Jungle Doesn’t Belong in the Zoo, and Bear Gazing at a Child Through Zoo Enclosure Shows Us How Not to Teach Kids About Animals.