After Losing a Foot, Dudley the Former Beef Calf Gets a Prosthetic Leg and a New Life 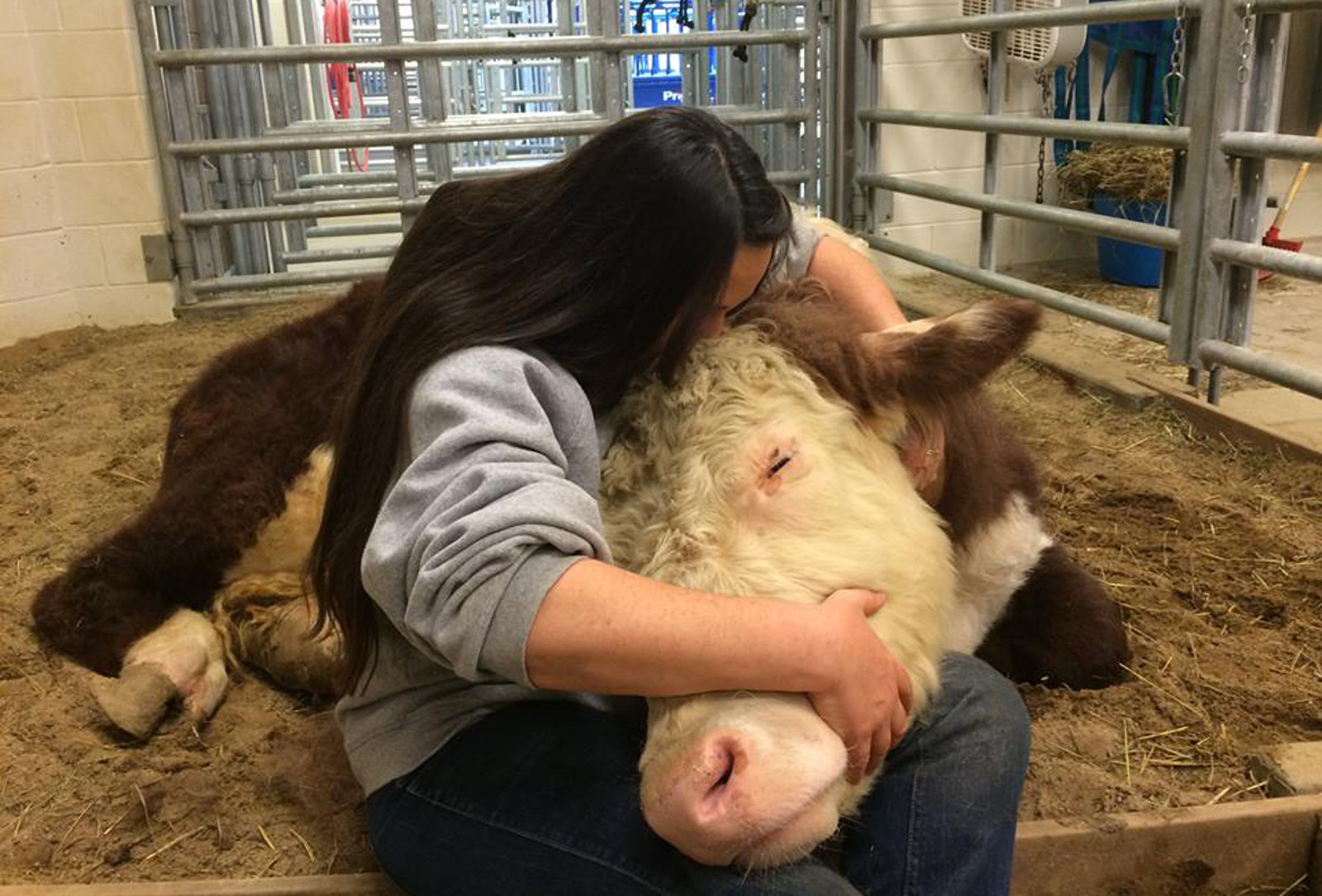 Last year, a cattle rancher in Tennessee bought a group of baby cows to raise for meat. The rancher had purchased and sold many calves for slaughter over the years, but one of the calves in this particular group was different. The calf, who was later named Dudley, came to the rancher with bailing twine wrapped tightly around his foot. This poor creature had travelled a long way and the twine had completely cut off blood flow to his back foot, causing it to fall off entirely.

Thankfully, noticing the plight of this poor calf, the rancher took pity and decided not to send Dudley to slaughter with the others.

Instead, he tried to help Dudley by giving him antibiotics to heal his foot, but the infection was too severe, and the medication did not work. Dudley spent months struggling to walk and his injury caused his spine to develop out of line. Although the rancher tried to help the young calf, it was clear that he would need much more attention and care than the rancher could afford.

A local woman who heard about the rancher’s efforts contacted the Gentle Barn in California. In no time at all, help was on the way!

As soon as Ellie Laks, the founder of The Gentle Barn, heard about Dudley’s story, she immediately called different veterinary hospitals and companies that manufactured prosthetics. A leading bovine surgeon in Tennessee agreed to examine Dudley’s foot, and Ellie arranged an appointment with a local prosthetics company. With these two pieces in place, Ellie and her husband Jay boarded a plane straight to Nashville to save Dudley’s life.

When Ellie and Jay arrived, they drove Dudley three hours to the University Tennessee Knoxville’s Large Animal Hospital. Following an exam, X-Ray, blood tests and fecal tests, the bovine surgeon declared that Dudley was an excellent candidate for a prosthetic limb. 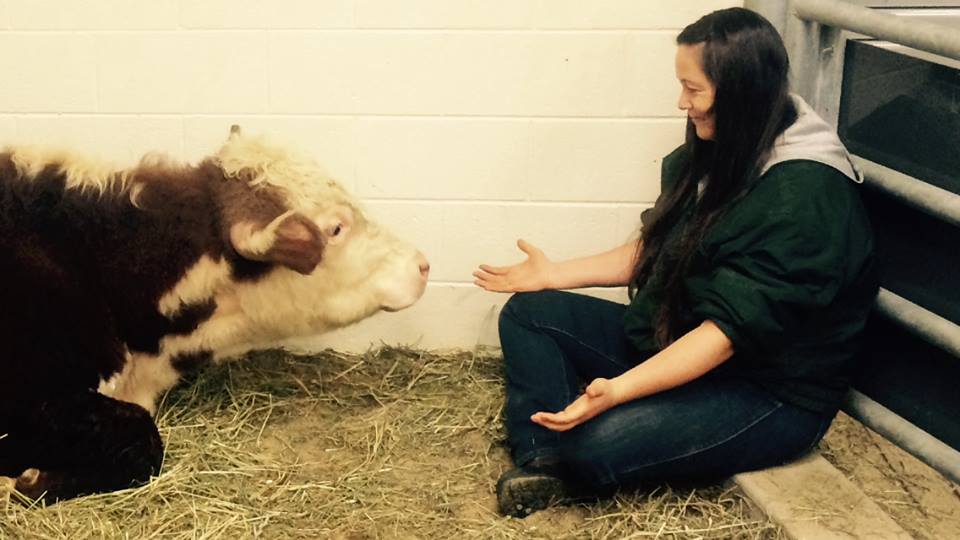 In surgery, Doctors had to amputate part of Dudley’s leg. Afterward, they fitted him with a temporary prosthetic to check how he’d react. He tried to shake it off at first, but it wasn’t long before he got used to his new leg and started putting weight on it. A mold was made of Dudley’s leg and sent to the prosthetic company while the young calf recovered from surgery. A month later, a permanent prosthetic all ready for him to use.

When the time came for Dudley to try the permanent prosthetic, “Team Dudley” hoped and prayed it would be the perfect fit. Much to their delight, it fit perfectly. 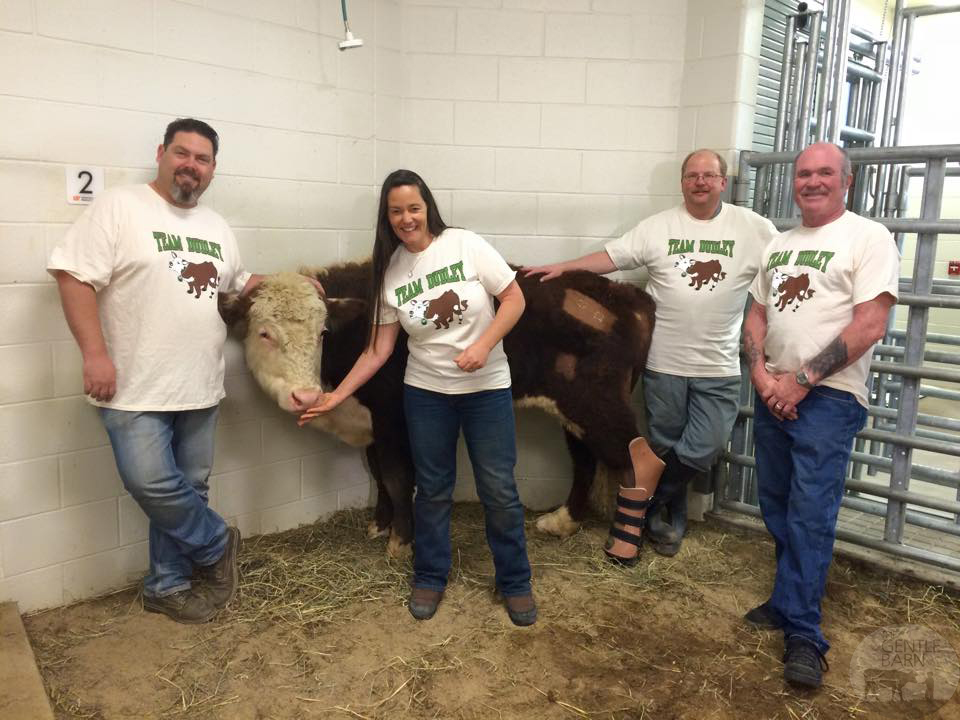 “The most remarkable thing about Dudley is his innocence after suffering for so long,” Ellie explains to One Green Planet. “His spirit is miraculous and his joy in contagious. It is just not possible to be around him without smiling.”

A Calf in Recovery

Dudley is still receiving treatment at the University of Tennessee hospital. He is finally gaining weight, thanks to his high-quality hay diet, and he’s also being treated to acupuncture sessions.

When the Gentle Barn team first met Dudley, he was very shy and frightened of people – with good reason. But now, his fear is beginning to subside and he’s growing more trusting towards those around him. 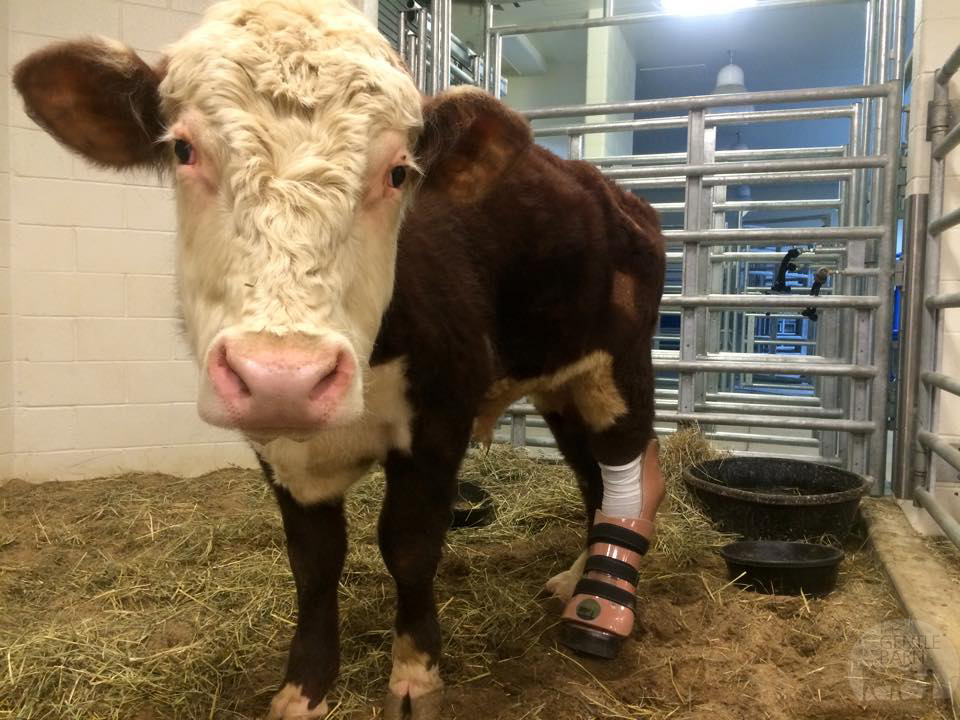 Most recently, Dudley started underwater treadmill therapy at the hospital. The purpose of this practice is to build muscle without putting pressure on his limb or joints. Dudley thoroughly enjoys his pool time. 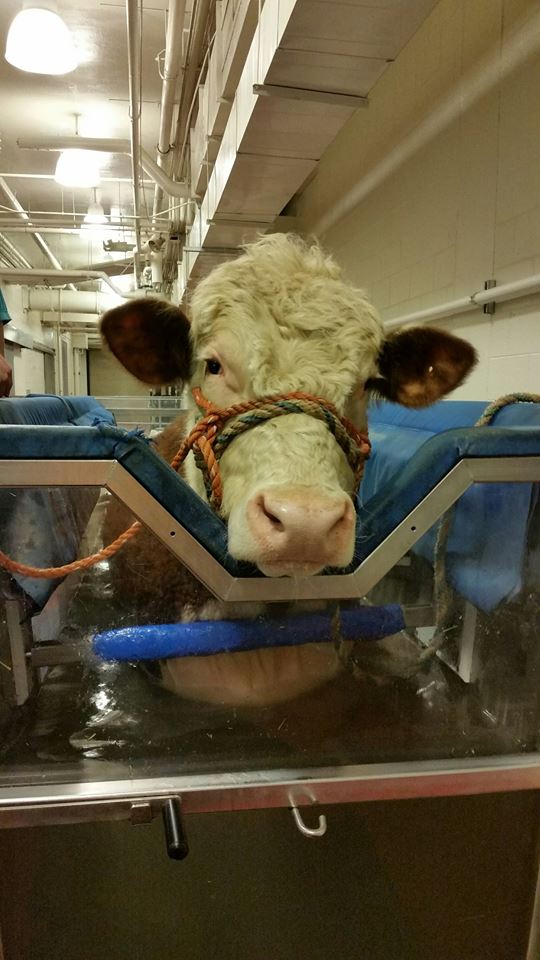 It has been decided that Dudley will stay at the hospital for another month. When he is discharged, he will live at the brand new Tennessee-based Gentle Barn that Ellie and Jay plan to open. 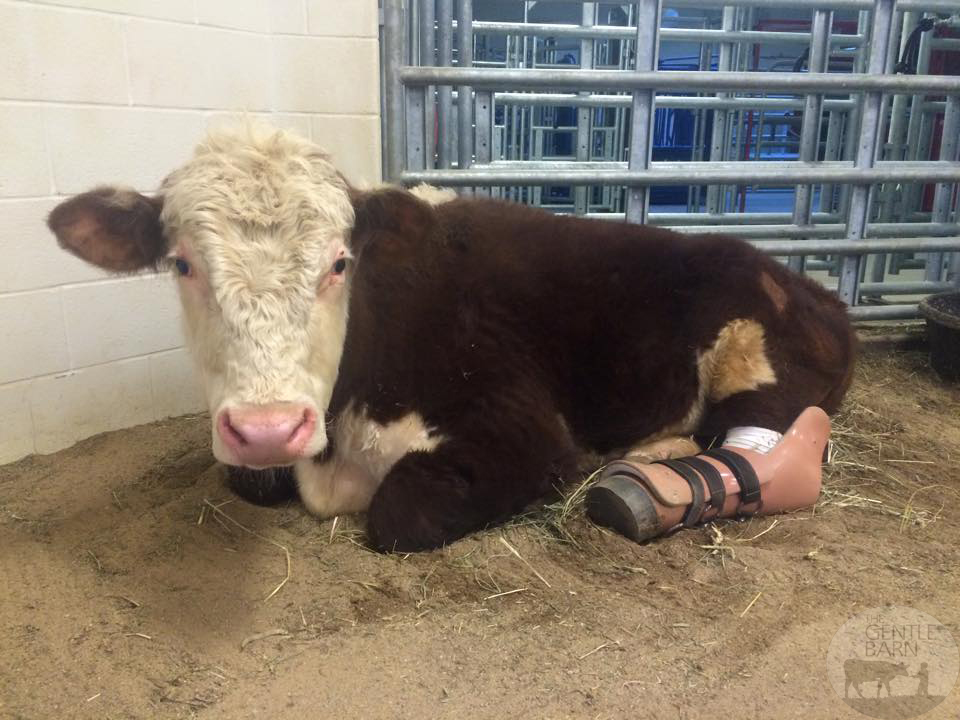 Passing on the Kindness

There are so many people in the world who are faced with physical challenges, just like Dudley. His bravery and spirit through his on-going series of hardships is admirable, to say the least.

“He is already an amazing ambassador,” says Ellie, “Helping Dudley wasn’t just about saving a cow, through him it will end up saving thousands of people as well. ”

Adding to this amazing story are the incredibly passionate human beings behind Dudley’s rescue operation. Without the help of Ellie Laks and the Gentle Barn team, Dudley would have never been able to get to this point. With the creation of the new Gentle Barn location in Tennessee, Laks and her team is sure to save many more lives and extend their message of kindness to new frontiers.

If you’d like to volunteer or make a donation to the Gentle Barn, visit their site to find out more. To keep up to date on Dudley’s progress, follow the Gentle Barn on Facebook, here.