This Donkey Was Supposed to Be a Live Meal for a Wolf, But Became His Best Friend Instead 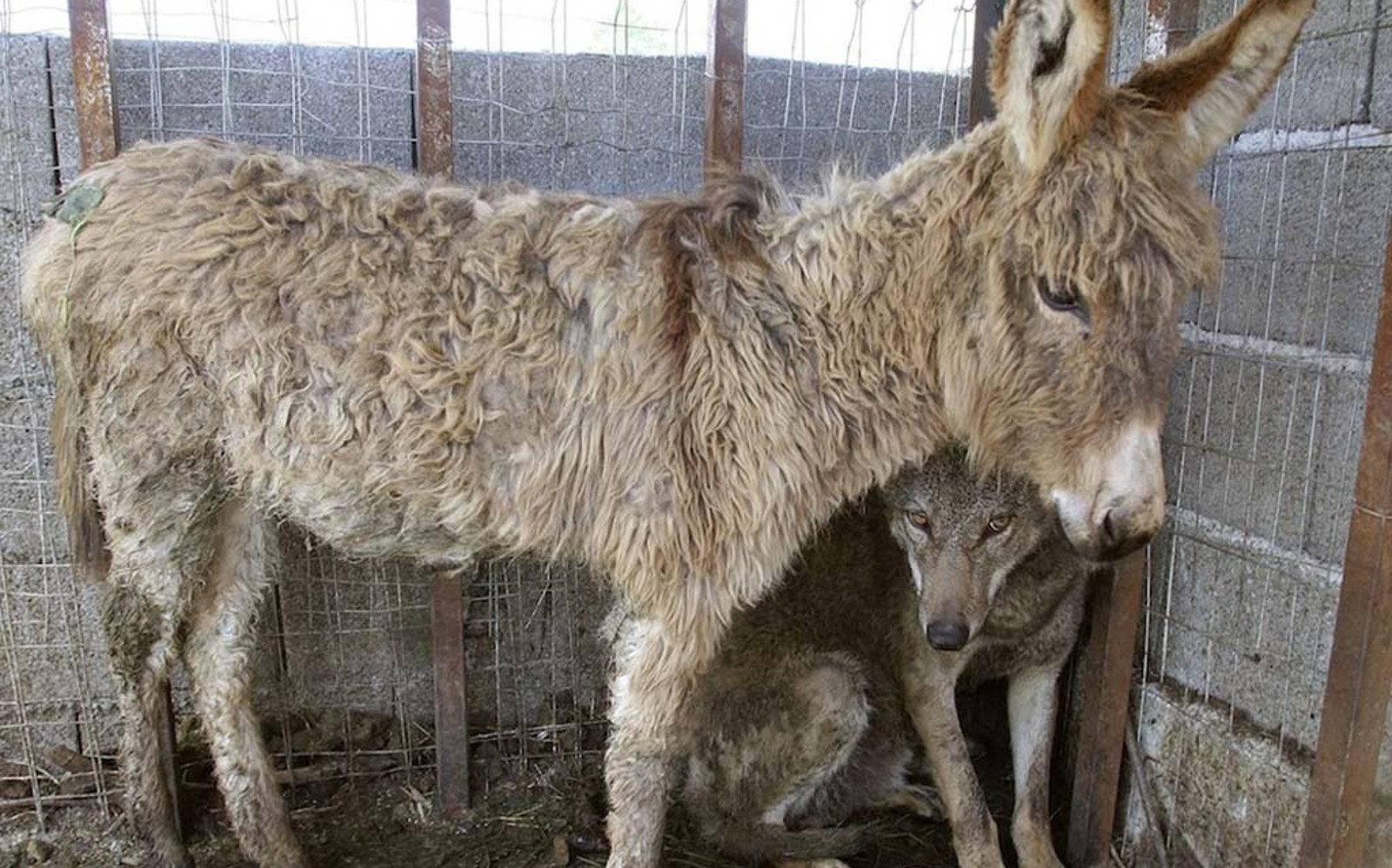 Sometimes, friendship comes in the strangest package. Take for example these unlikely friends: a donkey and a wolf who have become best friends. The wolf was captured from the mountains of Patok, Albania, in 2007, after being held in a cage by a villager. Knowing the wolf would need to eat, the villager brought in a donkey and left the two alone in the wolf’s cage. Thinking the wolf would make the donkey his dinner, the villager was certainly surprised to see what happened next.

The donkey and wolf became best friends, cohabiting the cage in complete peace. The pair quickly gained media attention, which lead Care2 to develop a petition for the wolf’s release. The petition asked the Albanian government to intervene in the village and arrange for the wolf to be transported back to his natural home in the mountains. 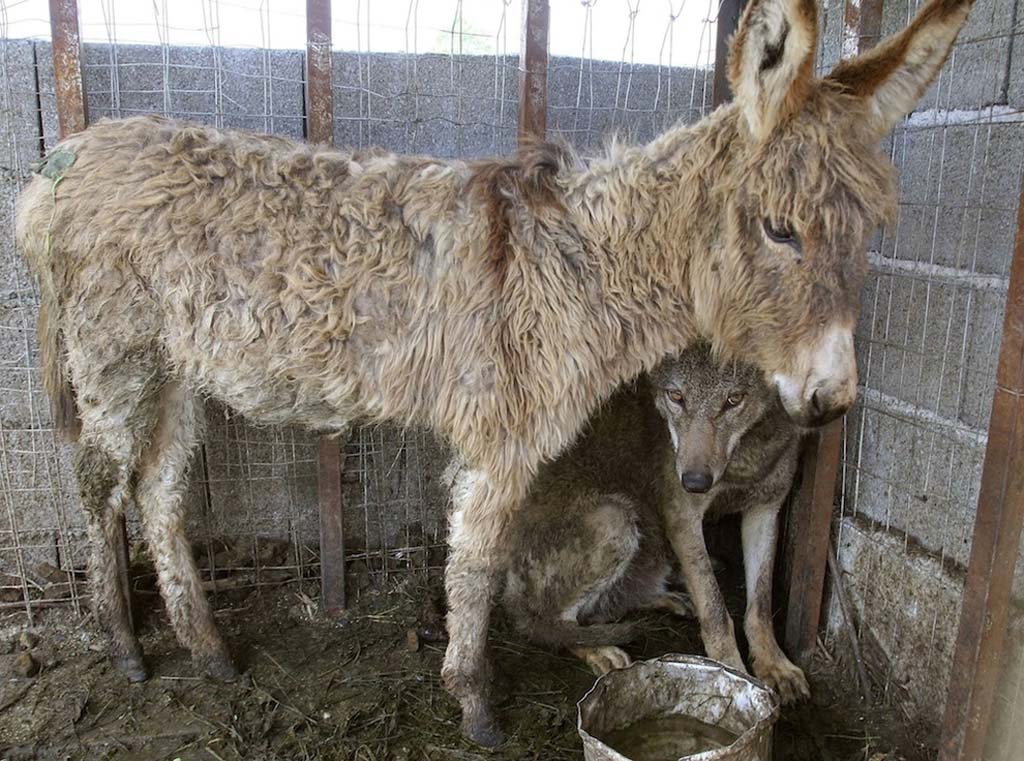 The Albanian government obliged and returned the wolf to his native habitat. The donkey was also released to an open pasture where he can roam free. It is said that the wolf comes to visit his friend every now and then. It is true that friendship knows no bounds of species, and these two certainly show us that! 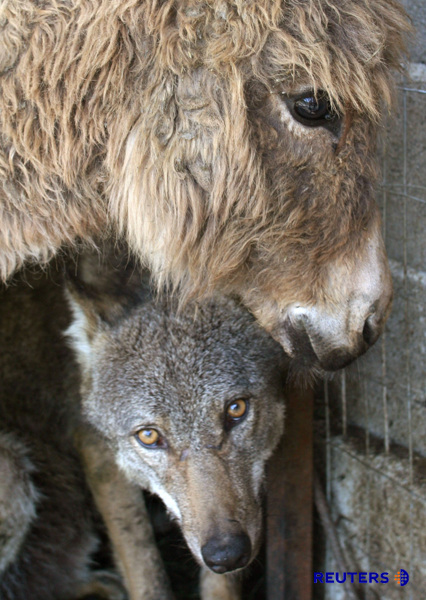 Want to see more amazing interspecies friendships? Check out Tycho and Refurb, this kitten and Husky pair, and this Pit Bull and deer.