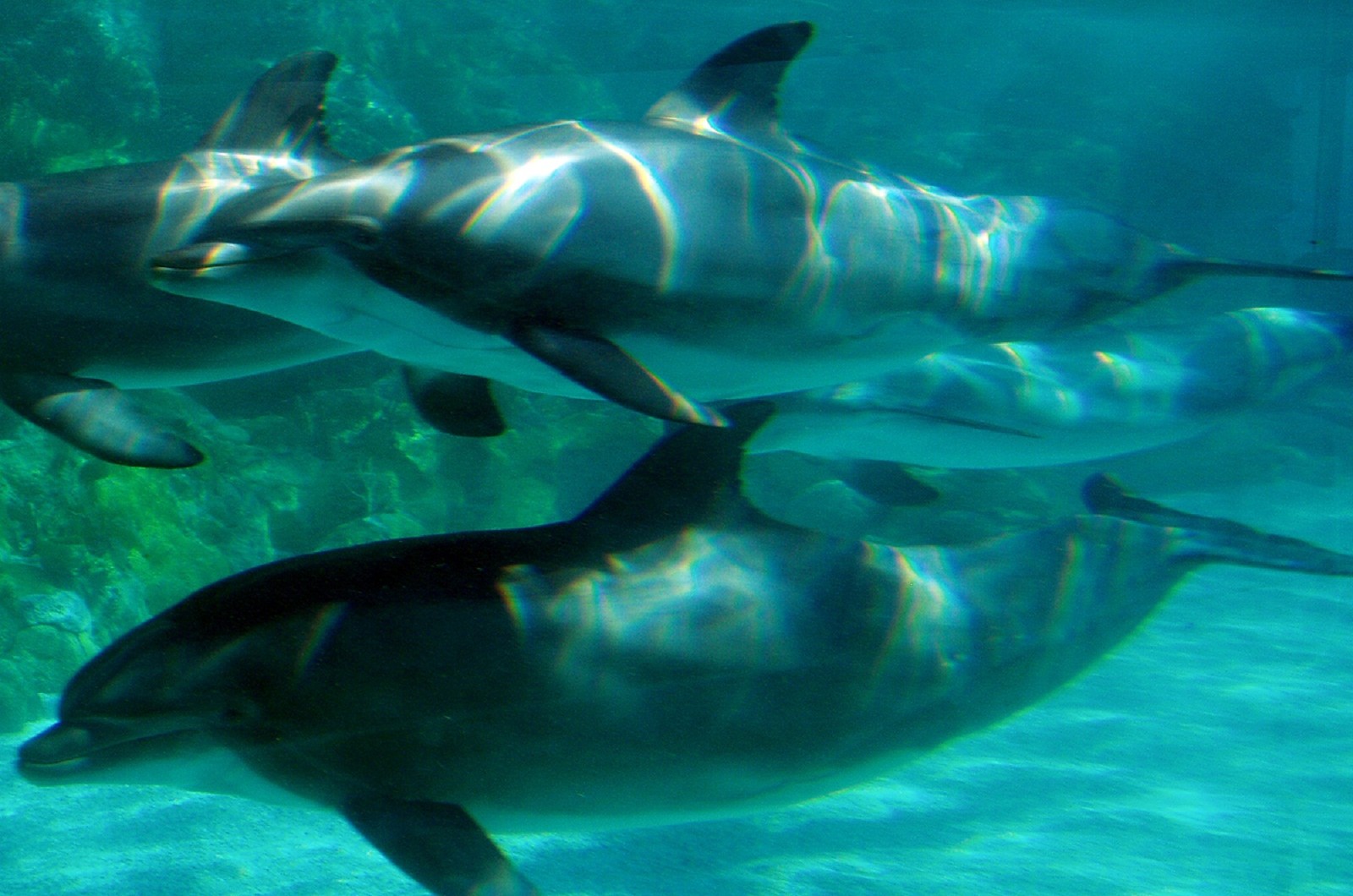 A new coalition launched this week in the European Parliament, carrying the clear message that they are seeking a Dolphinaria-Free Europe. The Dolphinaria-Free Europe (DFE) coalition was founded in July 2013 by non-governmental organizations (NGOs) and professionals from across Europe who share a collective concern for the quality of life and welfare of captive cetaceans (whales, dolphins and porpoises).

There are currently 309 individual cetaceans housed in 33 facilities across 15 European Union (EU) member states. There are 13 EU member states that are dolphinaria-free. The DFE coalition now has 19 members from across 11 EU member states, who are combining their efforts as Europe’s united voice for captive cetaceans.

A Change for Europe’s Dolphins

Samantha Goddard, DFE Secretary and Born Free Foundation Programs Assistant, says of the coalition, “DFE represents the leading expertise in cetacean biology and welfare in Europe and across other parts of the world, all of whom are working to achieve the highest possible standards of captive cetacean welfare while cetaceans remain in captivity, ultimately seeking an end to this outdated practice of confining cetaceans in artificial environments.”

The DFE coalition is placing a great importance on the improvement of captive conditions for those cetaceans in confinement, conditions that do not in any way resemble a cetacean’s natural environment. 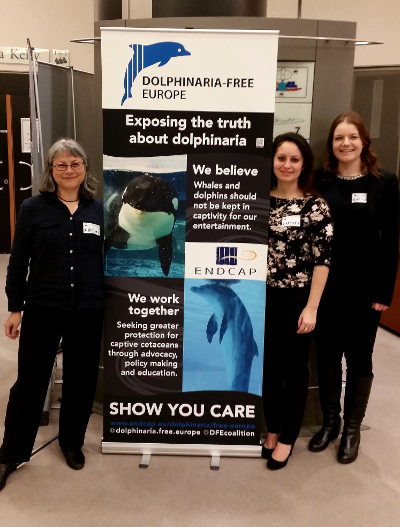 Dr. Naomi Rose, DFE consultant and Animal Welfare Institute marine mammal scientist, says of the captive environment for cetaceans, “Unlike with some other zoo species, it is impossible to replicate almost any part of a cetacean’s natural habitat in captivity. A tank is filled with water – that’s about it. The water isn’t even always natural saltwater – it is often artificially salinated. A tank has no currents, no temperature gradients, no sand, mud, or coral, no algae or sea grass or kelp, no other animals – no fish, no invertebrates. Nothing that is stimulating or changing. A tank, as a ‘habitat’ for such an intelligent animal, is certainly one thing, no matter what other debates there might be – it is monotonic, dull, boring. And life for a captive cetacean is therefore often unnaturally and depressingly boring.”

The coalition is calling for an end to the use of cetaceans in performance-based shows, for an end to public interaction programs with captive cetaceans and for an end to captive cetacean breeding programs. It is also asking that cetaceans currently in captivity be assessed for their suitability to enter a rehabilitation program and to be released where possible. Several of the coalition’s members are, at this time, undertaking work to identify and assess suitable locations on the EU coastline for the development of cetacean retirement and rehabilitation centers.

DFE’s launch to Members of the European Parliament (MEPs) this week is taking it one step closer to its goal. Goddard explains, “DFE wants to ensure that this information, about the effects of captivity on cetaceans and the state of cetacean welfare in captivity in Europe, is reaching MEPs and those who have the capacity to influence legislation that better protects cetaceans, both captive and free-ranging.” Goddard continues, “The coalition wants to move the focus away from keeping cetaceans in captivity and toward better protecting cetaceans in the wild because we believe that fundamentally, these large, complex and aquatic beings should not be confined.”

As part of the launch week, DFE and Keith Taylor MEP co-hosted a screening of Blackfish for MEPs, with school children from Devonshire Road Primary School in Bolton, UK attending to present their poem about cetacean captivity. 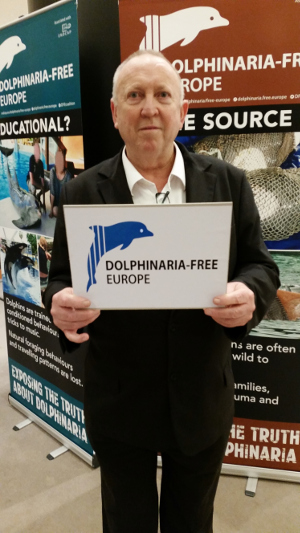 Daniel Turner, DFE EU Policy Coordinator and Born Free Foundation Programs Manager, explains that following the screening, the coalition held a launch event, where MEPs could find out more about the coalition and about cetacean captivity in Europe.

“The launch of the Dolphinaria-Free Europe coalition in the European Parliament has been a huge success with over 25 Euro-parliamentarians pledging their support,” Turner reports. “Our focus is now to receive similar cross-Party support for a resolution, sponsored by Keith Taylor MEP, which calls for a raise in standards, which would mean a phasing out of cetacean captivity in Europe.” 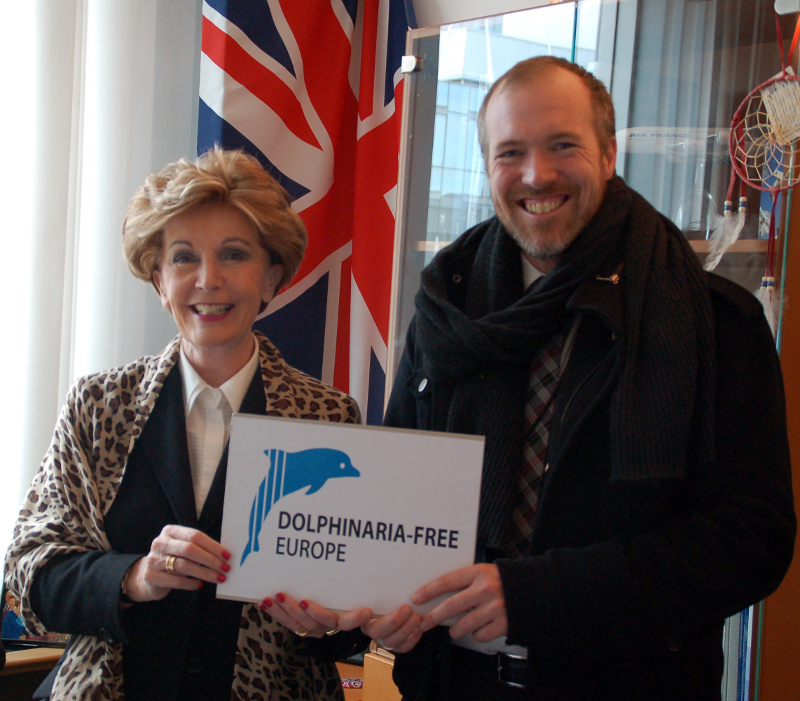 How You Can Participate

Within the next week, MEP support pledge photographs will be shared on DFE’s Facebook and Twitter pages.

There will be an opportunity to find out more about DFE from coalition members at WhaleFest in Brighton, UK on March 14th and 15th, 2015 and you can also support the coalition’s work by signing the “promise for freedom” pledge.