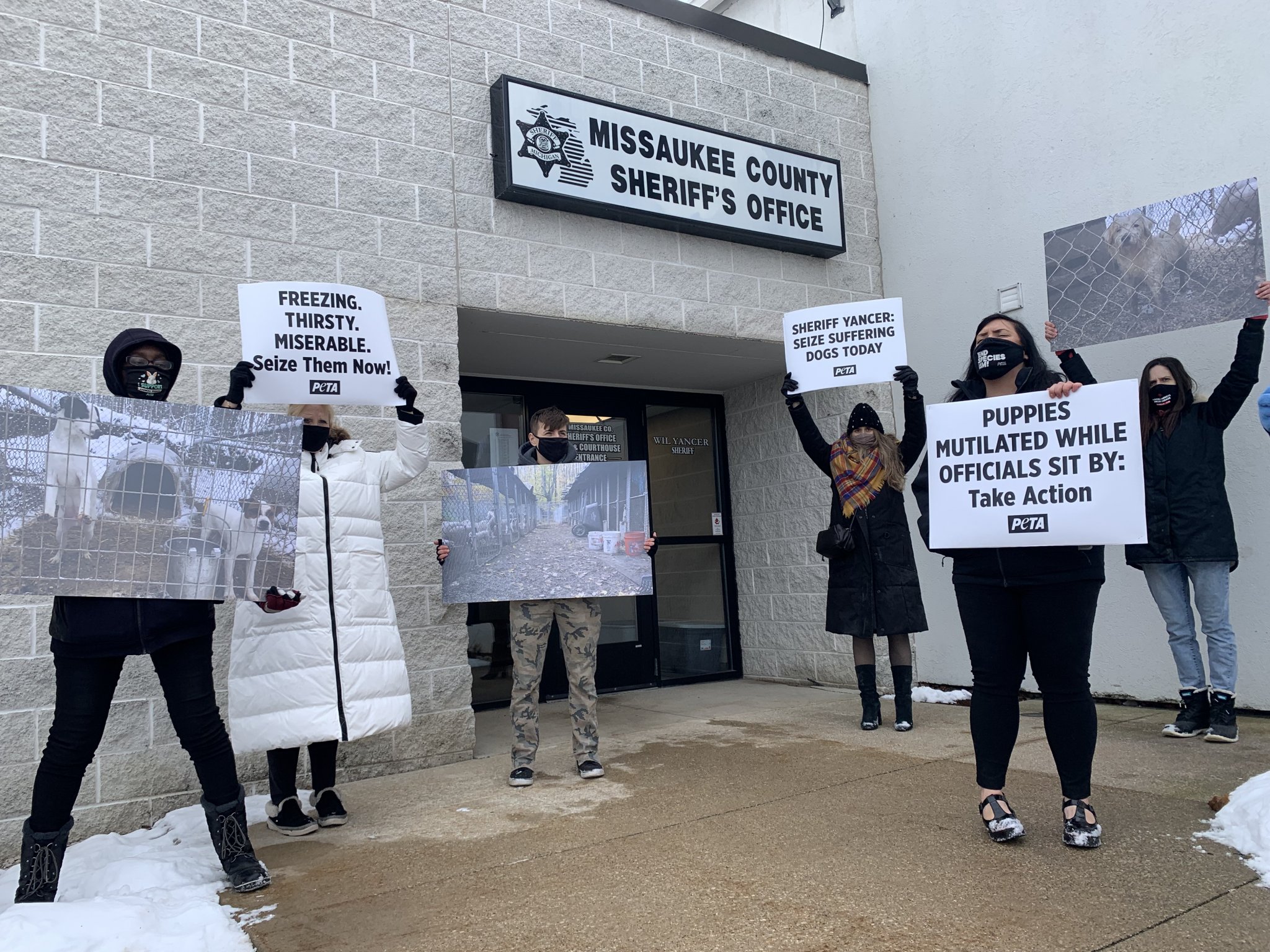 Salt Lake City resident, Amy Meyer, won a huge victory for animal lovers everywhere after holding a four-day sit-in at the Missaukee County Sheriff’s Office. This sit-in prompted the sheriff’s department and officials from three other counties to finally rescue all of the dogs from a local Jack Russel breeder.

A 2021 PETA investigation revealed the cruelty and terrible condition of the Jack Russell terrier breeding facility. Their footage showed dogs confined to small crates and cages, many of which were placed outside in freezing conditions. It also showed puppies having their tails cut and twisted off without pain relief. Despite this evidence, the sheriff’s office wasn’t taking action. Thus, Meyer’s sit-in was a huge success.

PETA Vice President Dan Paden said, “Thanks to Amy Meyer’s courage and selflessness, today, we can celebrate that these dogs have finally been rescued from the freezing cold. PETA hopes anyone moved by their plight will never buy from a breeder and always adopt from a shelter instead.”

All of the dogs have been removed from the breeding facility. PETA is now calling for cruelty charges to be taken against breeder John D. Jones, as well as for the Michigan Department of Agriculture & Rural Development to bar him from ever breeding dogs again.