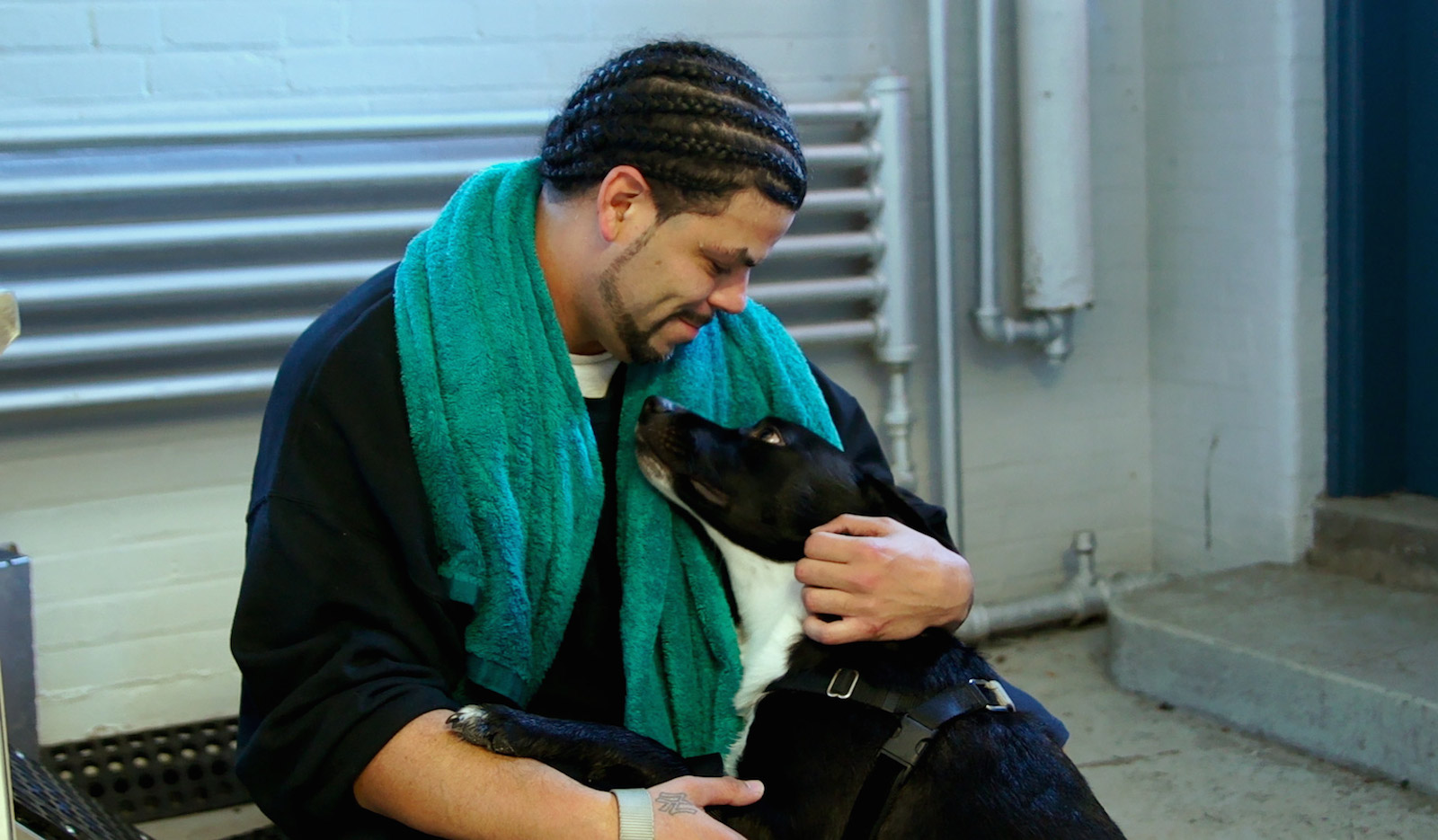 You don’t have to ask a dog guardian twice if their four-legged best friend has changed their lives. Chances are they will answer yes without hesitation every time. And it is no wonder considering dogs have been by our side for the past 10,000 years. As our bonds with these amazing animals grow, we are finding that they know us far better than we might even know ourselves.

We have seen countless instances where dogs have known almost intuitively when something is off with their guardians and taken action to save their lives. This is why dogs are now being trained to help detect cancer, act as therapy animals or even help to diabetics notice a dip in blood sugar. Man’s best friend has proven, time and time again, that they can be our actual saving grace.

It is this incredible bond that inspired the new documentary, Dogs on the Inside, which follows the relationship between dogs and prison inmates. Featuring homeless dogs, some of which are in need of rehabilitation themselves, paired with qualifying inmates, the documentary shows how the special relationship between dogs and people can help both individuals recover from loss, trauma, and instability.

You may be skeptical of placing shelter dogs with prison inmates, people you associate with violent crimes. But prison dog training programs are proving to be incredibly beneficial for both the animals and the inmates. Dogs in the Inside follows a program North Central Correctional Institution located in Gardner, Massachusetts.

Dogs used in programs like this one are almost certainly doomed to a short life in a shelter. They are often fearful and have other issues such as aggression or crippling shyness. These characteristics make them nearly impossible for overcrowded shelters to adopt out. In an attempt to re-build their confidence and prepare for a life in a home, these dogs are brought to prison. There, inmates will take the training and rehabilitation of the dogs into their own hands, giving them companionship that is truly lacking inside of prison walls. 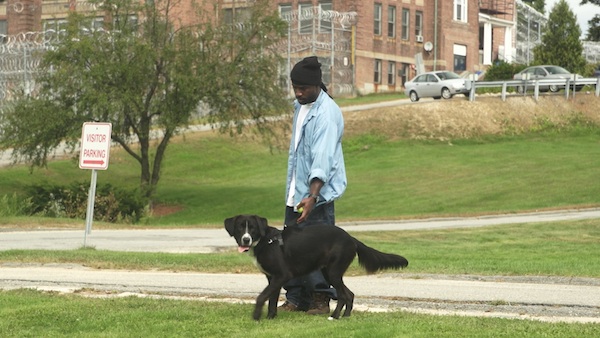 “To begin, each of the inmates is thoroughly screened before being accepted into the training program,” Brean Cunningham and Douglas Seirup, the filmmakers responsible for Dogs on the Inside, explain to One Green Planet. “The inmates can not have any kind of violent criminal history, including while inside prison, and they must show responsible, trusting and caring characteristics.”

From there, the prisoner’s are taught by a professional dog trainer on how to teach basic obedience skills to their dogs. But first, they focus on getting the dogs happy and healthy.

“When the dogs arrive at the prison, they’re rather timid and scared so the inmates begin with correcting these issues before they can begin teaching the dogs basic obedience,” explain the filmmakers.  “What’s so cool and unique about this type of program is the focus and emphasis is on how can we help give the dogs a better life rather than only on what can the dogs do for us.” 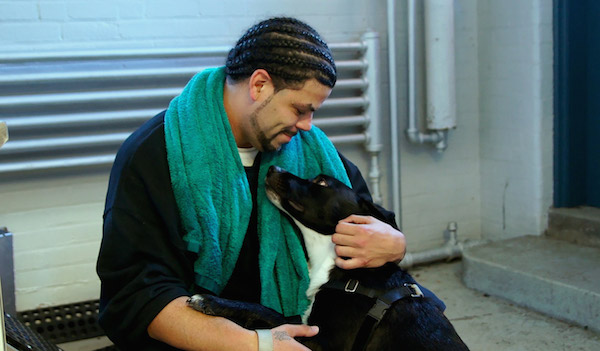 This Massachusetts-based program isn’t the first of its kind, though. According to Cunningham and Seirup, these dog fostering/training prison programs are past the point of being in a trial run.

“There are several programs, such as the one featured in the film, that are continuing to emerge all over the United States,” say the filmmakers. “One in particular, New Leash on Life USA, really stands out because they care as much about saving dogs’ lives as they do about setting the inmates up for success and reducing the recidivism rate.”

Spreading a Message of Compassion

The creators of Dogs on the Inside hope the documentary will inspire more prisons to consider these sort of rehabilitation programs. According to the filmmakers, “there are so many practical benefits to them.”

As the trailer for the film shows, the relationships forged between inmates and their foster dogs have changed their outlooks on life entirely. Having a companion to love unconditionally and trust is a critical part in any rehabilitation process and the inmates and dogs learn these vital skills, they are better able to function in society.

One of the inmates featured in the film explains, “When you’re in here, people forget about you. I’m sure that a lot of these dogs feel the exact same way, that people forgot about them.”

But because these people and dogs have been brought together through the prison program, they are both given a renewed sense of self and purpose. It is something that is truly inspiring.

By sharing the incredible story of inmates and their dogs, Cunningham and Seirup aim to highlight the amazing work that is being done by inmates to help these dogs. Although they may have committed a crime, they believe in treating animals with the respect and compassion they deserve. 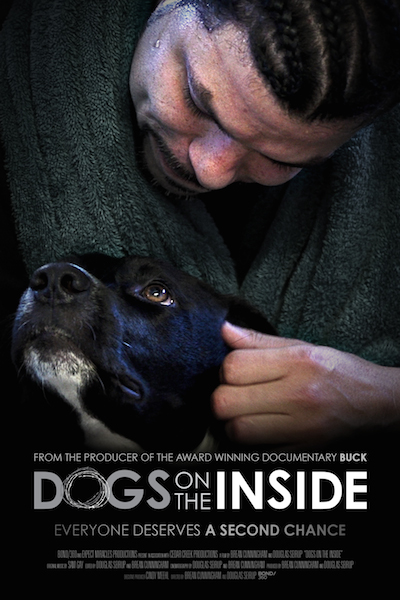 “We captured this on film and were in awe of everyone we met in that regard,” state the filmmakers. “We hope that people come away with a renewed belief in second chances and are more compassionate to both dogs and people. Last, but certainly not least, we want the audience to see dogs for the wonderful creatures that they are and to see the benefits of having one in their lives.”

This amazing story not only teaches us about these incredible programs, but it reaffirms just the power of a bond between people and dogs. People need dogs and dogs need people. This story shows that a dog’s trust and the generosity of humans can be found even in the most unlikely of places.

“Each prison dog training program is a testament to the power of the human-animal connection and to how rewarding these relationships are for both dogs and inmates,” say Cunningham and Seirup.

Dogs in the Inside was just released on iTunes, Google Play, Amazon Instant Video, VUDU. The DVD of this amazing documentary will be released on February 24th of this year. If you want more information on the documentary, links to watch it, or information on hosting or attending a viewing, visit their website here.

All image source: Dogs on the Inside